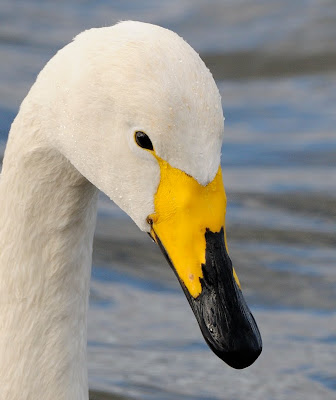 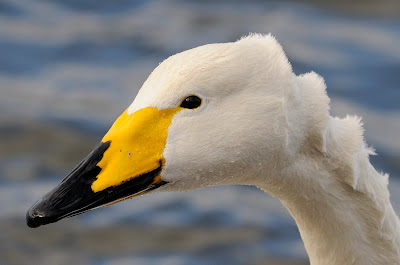 Welney, well it was bloody cloudy as hell ( not fore casted - surprise surprise ), bloody cold and bloody windy, but what the heck that's just my luck as usual. And why do they open at 10am, most of the activity is done by then, madness!
Obviously I had gone to photograph the swans and I was shocked at how few there were around. Whether due to to a lot of high water and flooding they were more dispersed? there were not even the usual back and forth flights in front of the hides, very different from previous years. 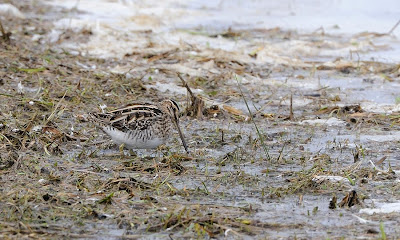 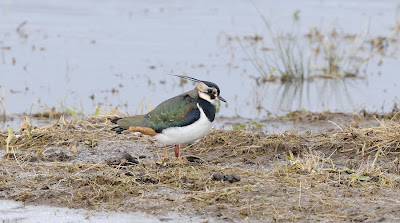 With the hide to myself I set about trying for images on what was available as and when the light broke through. A solitary Lapwing posed well enough and a single Snipe put in an appearance, albeit a tad far off. But I was glad that the stunning colours of the Lapwing stood out so much in the shots. 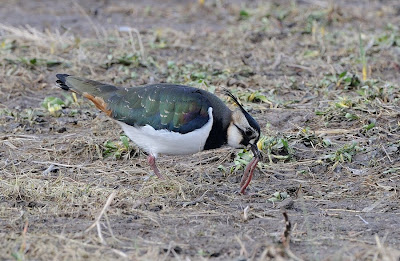 And because I was in one of the hides off the main observatory the Wigeon there were more confiding. They are such a lovely duck, but another side of them was seen when a group of males were trying to 'propose' to a single female. 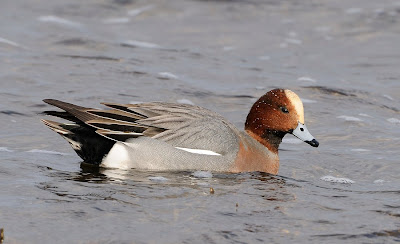 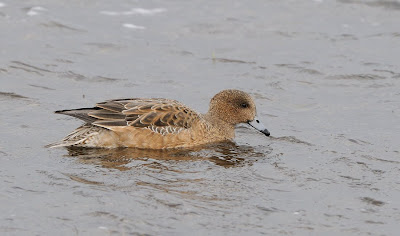 They would all congregate in a close knit group and try to gain her attention, it seemed one male was already the partner and would fend off any rival upon nearing her. But the mass of drakes around made it end up in a splashing frenzy of wings, with ducks being submerged chased off and bullied.

The female would then take flight ahead of the noisy chasing party only to land some distance away for the whole chaotic display to start again. Whilst this was happening the others were busily feeding on submerged grasses and weeds. 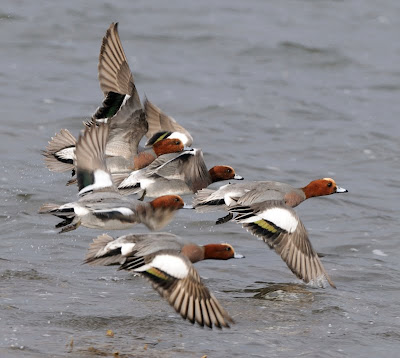 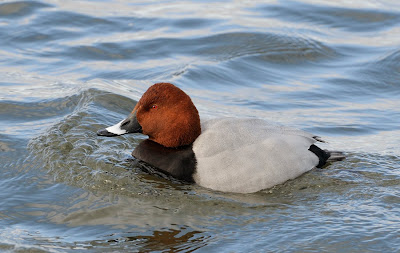 The Pochards are one of my favourites, the colour of the heads are so striking against the grey and black, and that piercing red eye too. 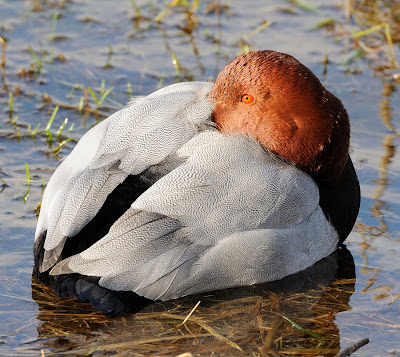 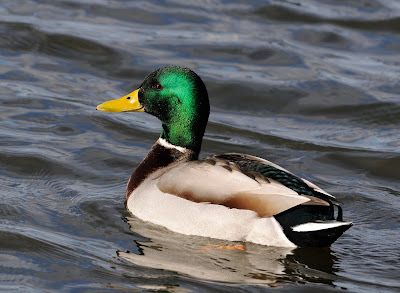 The Mallard and Tufted may be common but who can deny how glorious the head colours can be when the sunlight shines just right. 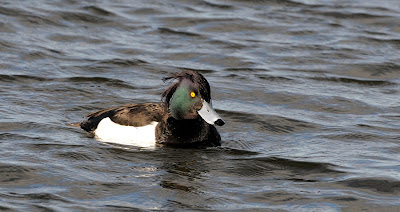 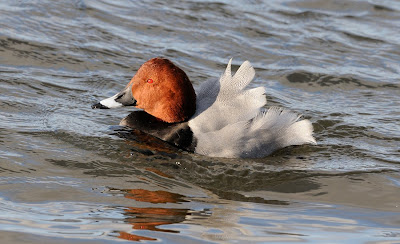 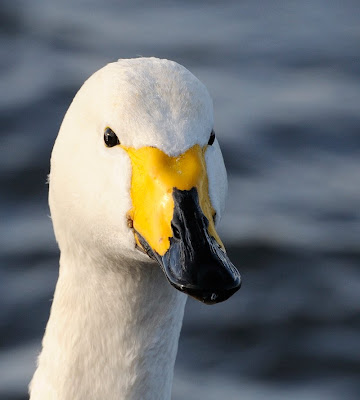 A few Whoopers ventured closer to one of the hides and I chanced at some close up head shots as something different. 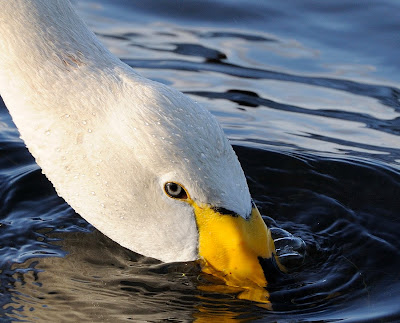 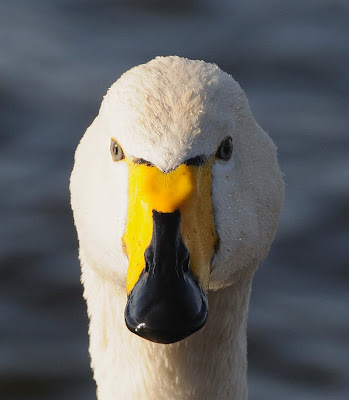 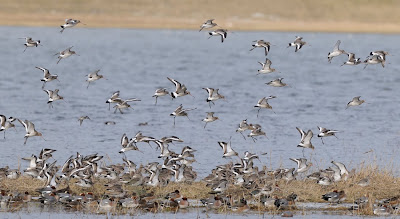 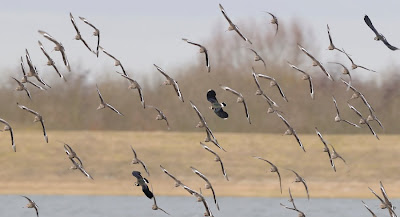 The best part of the five hours spent here were the Black tailed godwits. They were on a scrape a way off at first but when spooked they would congregate into a tight knit group and venture closer as they flew round and round before settling down. I love to photograph waders and this was a great experience reminiscent to the hordes at Snettisham but on a very smaller scale. Unfortunately they landed on a further off scrape and seemed content to sleep it off. 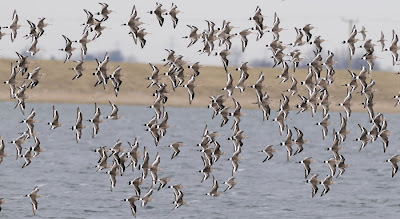 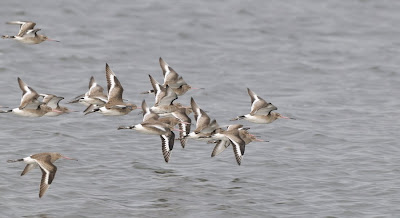 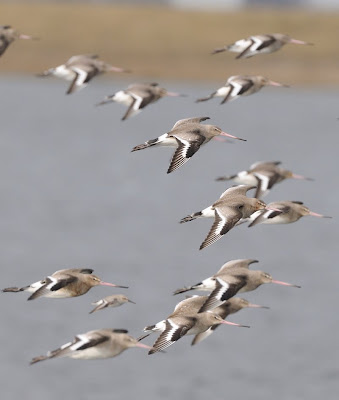