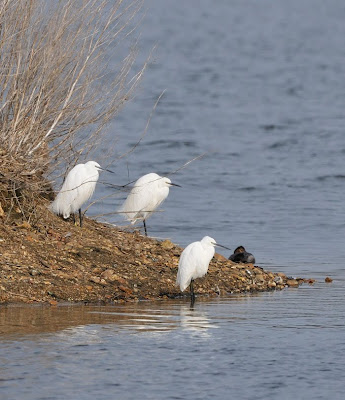 Now that the snow and ice had gone the birds were more spread out as usual. The first welcoming sight was a Little Egret on the island, and then from the far side of the island appeared 2 more little Egrets. One actively fed around the entire lake whilst the other 2 preened and moved very little before departing over an hour later. I was happy that I was able to get some shots too and a great start to the morning. 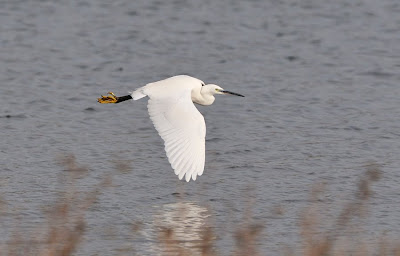 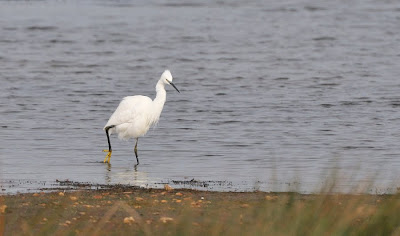 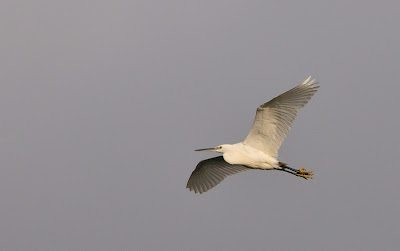 Up till now the only gulls frequenting the lake were Black headed and Common, but on this day I was to get a visit from 2 larger species. The first one to fly in from the south east was Herring Gull which proceeded to land on the water and start to dive bomb the surface, it then drifted back to the small flock on the spit edge and rest up for some time before alighting south again. 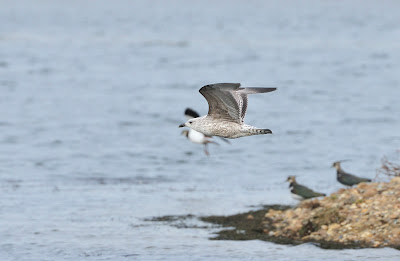 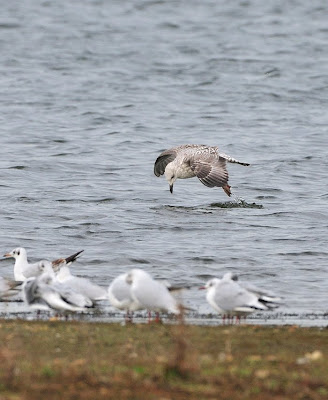 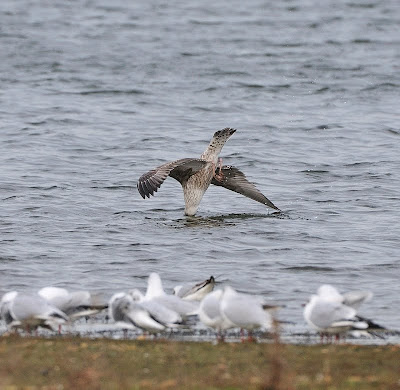 The second was an adult Lesser Black Backed gull ( images further below) which flew in from the same direction as the Herring but continued to the far side of the lake where there seemed to be more Common gulls congregating. It too stayed a short while before heading off West. 2 new additions for the gull list though. 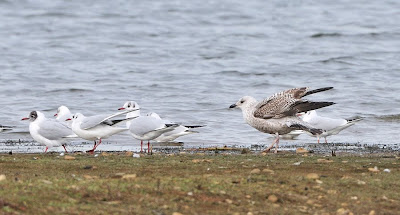 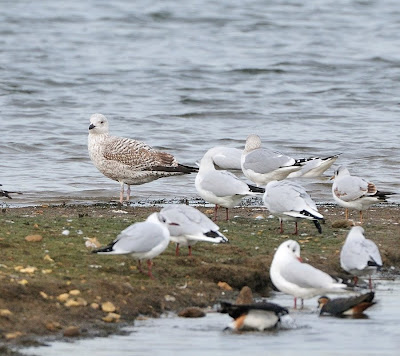 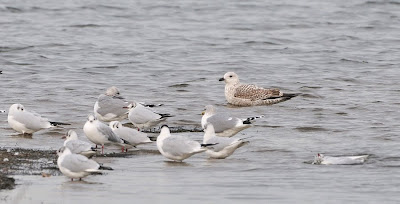 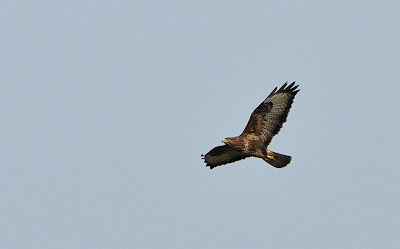 1 or maybe 2 Common Buzzards put in an appearance close over the lake and gave me a couple of shots as it banked away, not before moving stuff around. 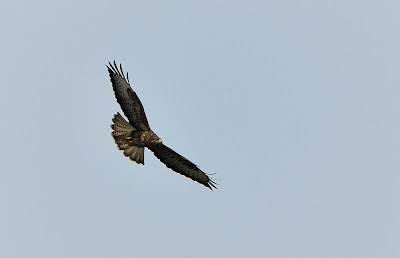 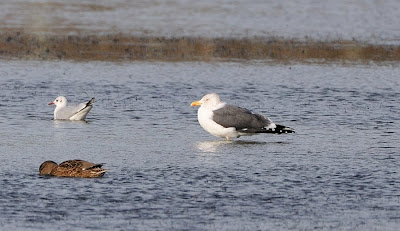 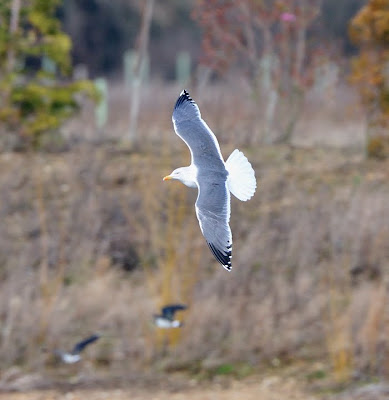 Teal and Gadwall numbers were better than before, and showing signs of displaying. At least half a dozen Snipe flew from cover and a Green Sandpiper was still present unlike the single Barnacle goose and Dunlin which were not to be seen. 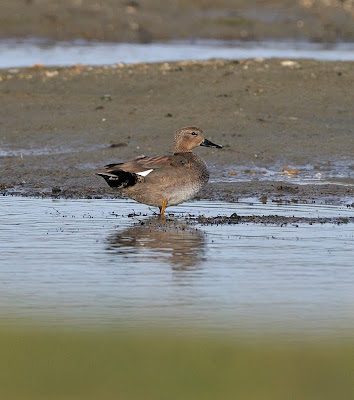 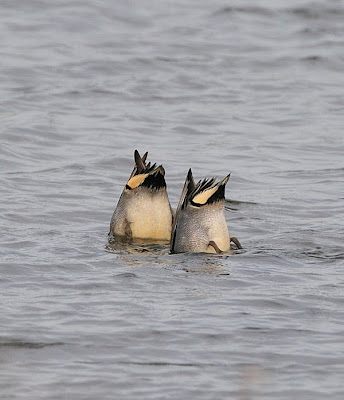