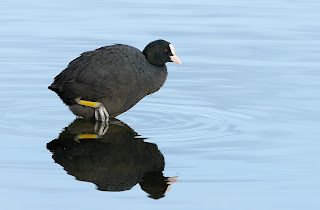 After a few hours sleep after the previous nights mothing, I got up to Bev's for a 5:30am start. I love the early mornings, not much traffic noise from the A1, and everything starting to get moving and feeding. The wind was not as intense as last time but not great for insect shots. 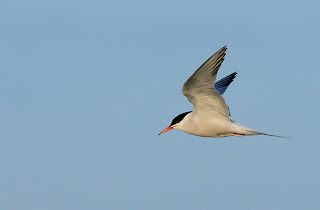 Still I strolled around taking in what I could, the Common Terns were already active ferrying fish to their partners, the Great crested grebes were still on eggs and the nest still looked in good shape. 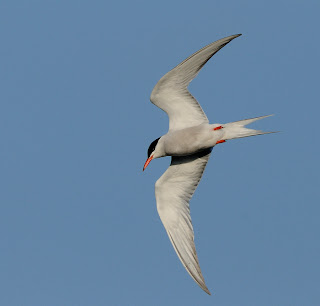 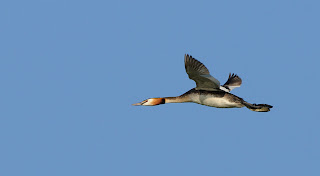 There were a few pairs of Reed Buntings along the waters edge vegetation, busily collecting grubs and insects for their young. And also a good amount of Sedge Warblers flitting about the reeds and shrubs, and actively calling. 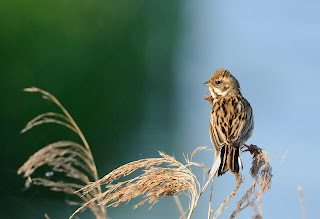 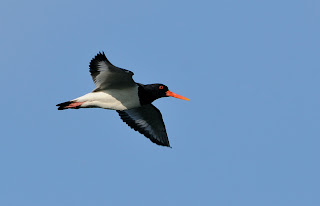 There were 3 Oystercatchers still noisily present, and the single Barnacle goose was back amongst the Greylags. 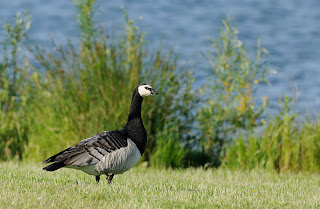 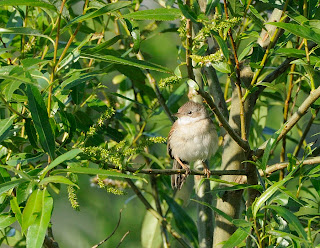 I noticed a lot more Common Whitethroats around the main lake and outskirts, and finally was able to get a record shot of one!
The Swifts still outnumbered the Swallows and Martins, and as always put on a grand showing. 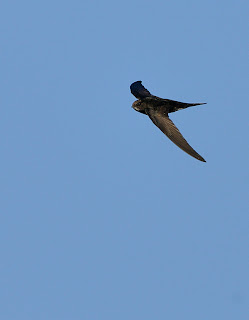 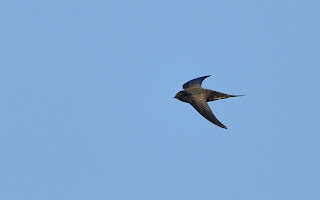 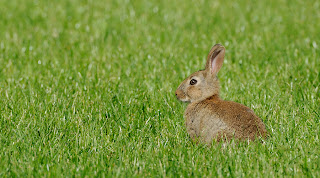 And then it was time to take note of other wildlife for the list, and by now the breeze had picked up and the insect activity was confined to the long grasses and shrubs. Banded Demoiselle's were in good numbers still but hard to spot until they took flight. Then I had to carefully approach where they landed to get some shots of the male and female. 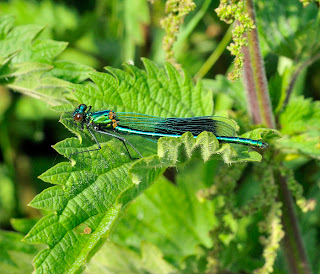 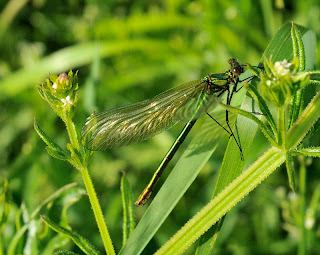 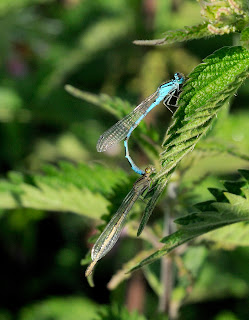 Common Blue Damselflies were everywhere, and not moving much, preferring to ride the breeze out on the vegetation. 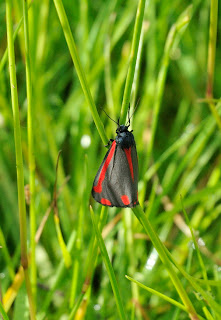 The Cinnabar moth, above, and Meadow Brown, below, were new additions to the site list. 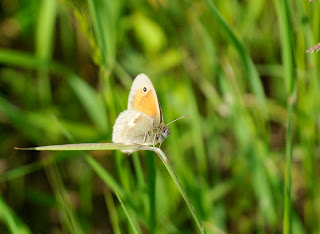 And finally a Black-tailed Skimmer gave itself up after a cat and mouse search of the grasses, it thankfully rested up and allowed a close approach for me to capture it on camera. 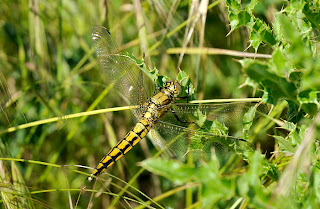