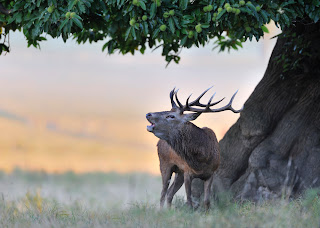 With a few sightings of Hobby and increasing numbers of gulls, there was not much else at Bev's or worth travelling to see nearby, I took the opportunity to get back down to Richmond Park for some more Red Deer images. This time I was joined by my wife Sarah and Abby again.With a sunny start and plenty of stags around it looked promising. 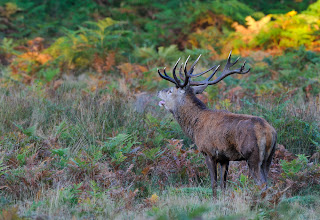 There was a lot more movement around the main harem of hinds, defended by the dominant one still holding ground. But the number of younger stags in the vicinity had increased from the previous visit. The tension could be felt as one stag split the 'main man' the others would then race into the group of hinds sending them in all directions. It would then take a while to get them rounded up again before calm was restored, for a time. 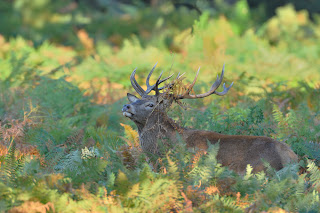 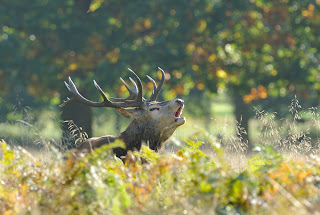 The strong light gave against the grasses and bracken would give off some harsh light but in some I think added to the shots, so I tried to get some different images. 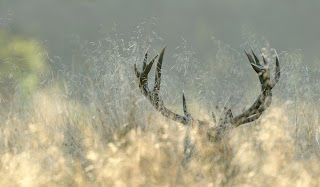 The stags would rest up in the long grasses or move through the woodland ferns giving some alternative antler photos. 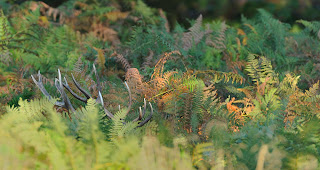 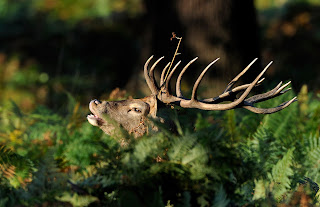 At times the stags would rake up the bracken and grass creating showy head attire. 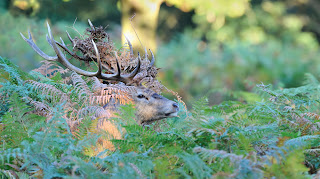 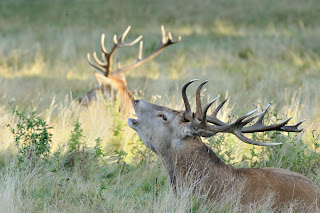 Nearer mid day the main group of stags rested up, but even though lying down they would still re-affirm their  presence by roaring away. 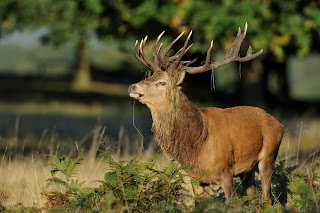 Some of the stags are huge and magnificent, and being in such close vicinity to people would give some great chances of deer photography, but you have to still respect these wild mammals and work with them, a great experience and I look forward to the next visit. 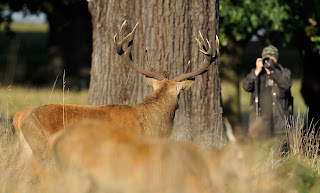