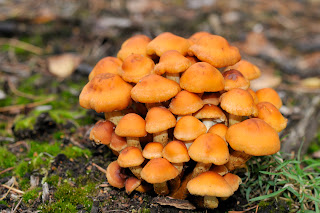 When Sarah and I took a leisurely walk around the Lodge at Sandy, the amount of fungi showing was exceptional, on this occasion I chose to hold a large cigar and not the camera!, but I chose to return a couple of days later to take these shots. There were a lot of decaying clumps and broken or eaten specimens so I had to search for some adequate enough to be snapped. 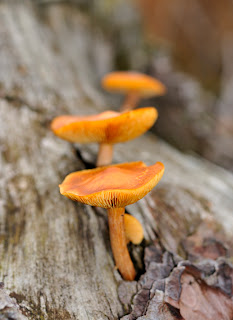 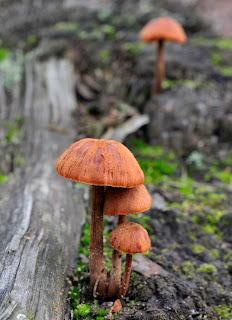 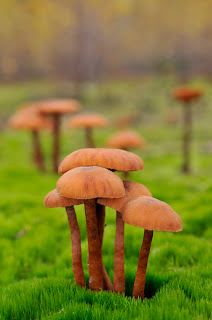 Some ground areas were covered with fungi, which made for a more scenic view. 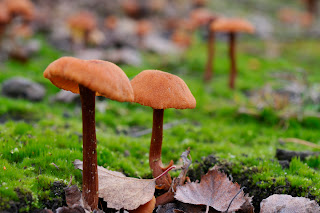 You can see the tiny insect upon this fungi, and its only when you get up close that you view the wildlife living on and around them, and plenty of nibble holes proving they must be good food for some. 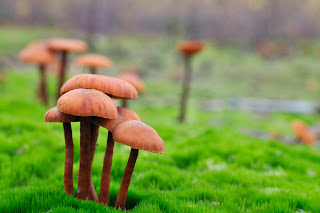 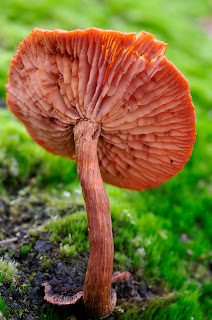 I found a few like this one, growing with the cap in an upright position, which showed off the gills really well. 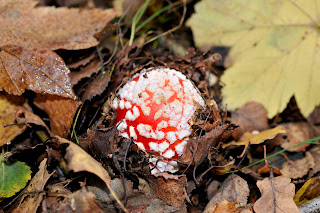 Most of the large Fly Agarics had been squashed or broken down, but looking carefully I found a few new ones just emerging from the earth. Some already bearing teeth marks!. I had great fun laying prone and rolling on the ground to get the images, I would of stayed dryer if I'd remembered my waterproof bottoms! And the amount of times I got stung or had to de-thorn myself from the brambles will definitely not deter me from a Fungi Foray again. 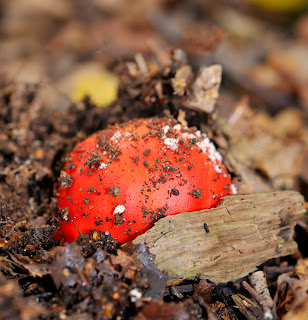 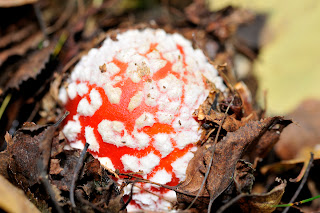 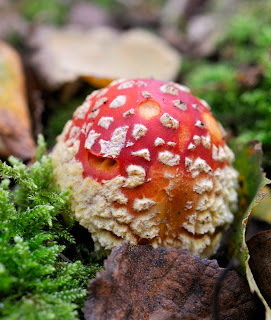