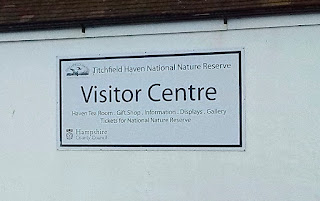 I picked my Dad up, on route, and we headed for Titchfield Haven in Hampshire. This was our first venture to this reserve and our first Greater Yellowlegs if we connected with it!
I thought about heading straight to Posbrook Flood where it had been seen in the morning before then moving down to the Haven reserve. Not sure of how far and where to best view this area we headed straight for the reserve and hoped for it to appear there. With the reserve not opening until 09:30 (why? so many wasted early hours) we viewed from the coast road. 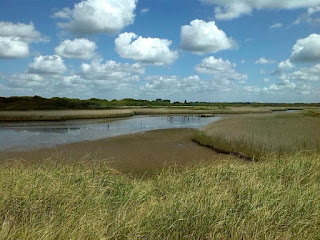 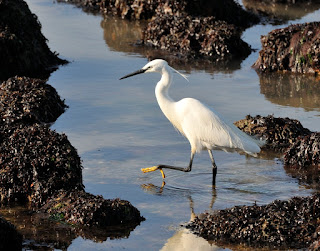 A few birders were there at the same time and we patiently waited, I took the opportunity to grab some shots of a Little Egret feeding among the rock pools close by. News then came through of the Greater Yellowlegs indeed on the Posbrook Flood! two birders headed off to connect but we waited hoping it would follow it's routine and move soon to the reserve. Luckily it did indeed fly off shortly thereafter and head our way. 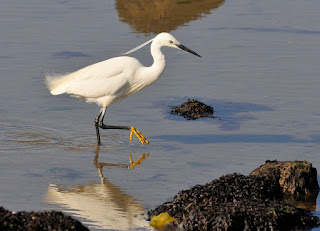 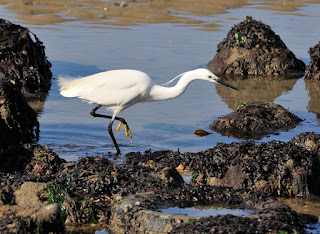 It was still too early to gain access to the site and so we waited and hoped it would show. We saw a group of Black tailed Godwits fly around the reed beds before landing out of sight, then the two birders re-appeared and although they had connected with it before flying away, it had been quite distant, they also asked if we had seen the Godwits?, apparently it had moved off with this flock! but we couldn't pick out if it was indeed flying around with them as they were too distant with bins. So we moved about and I snapped off some shots of a close by kestrel and watched the Common Terns coming and going, and then we noticed they had started to let people in earlier so my dad and I headed onto the reserve and straight for the Suffern Hide, this was our best bet first thing in the morning. 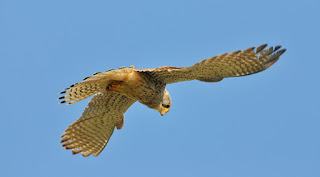 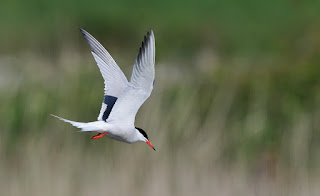 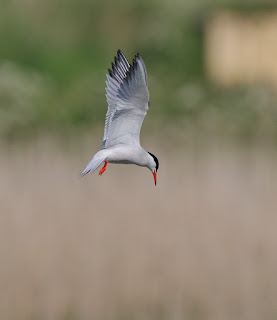 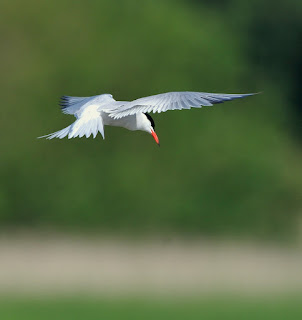 "FANTASTICO"
On entering the hide we immediately got onto the Greater Yellowlegs feeding across from the hide, I set up on the bench next to a local photographer we had been chatting too earlier on the front, and began to watch and snap away at this elegant wader, my dad got good views from the hide and as the birders started to arrive in numbers it slowly moved just that bit closer to us but always stayed feeding in the water. Those legs really stood out as it walked through the water. We watched the bird for a total of 12 minutes, which flew by as it only seemed five minutes since we had gotten into the hide, before it took flight and headed up the river out of our view, but the rest of the hide could get a glimpse as it fed before moving along a channel. We waited a short while and with the bird not looking likely to move back, I gave my seat up to a woman and her son and moved off for some food. Some time later we ventured along the coast road and hope for some news or indeed for it to venture close to the beach road as it had done on several occasions before. But after some time and no news or sightings of the GY we decided to head off home. *Later that day (around 2:30/later) the GY was found back on the Posbrook Flood, so we both thought we were really lucky to of seen it well from the hide that morning, it seems that this bird is changing it's routine a lot and indeed the next day was only found to be on the Flood again.* 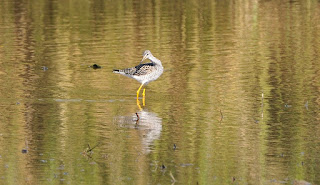 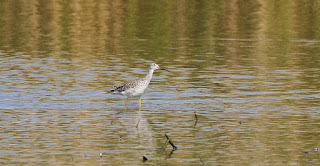 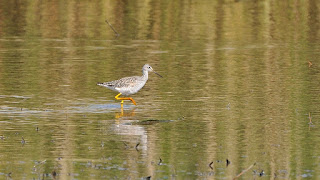 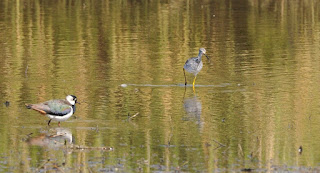 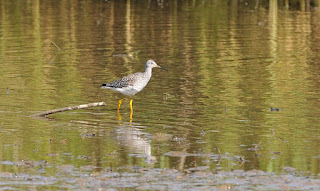 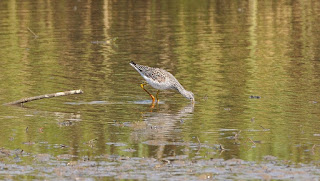 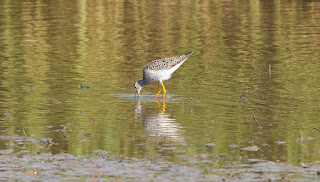 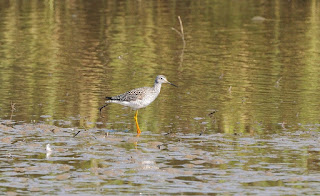 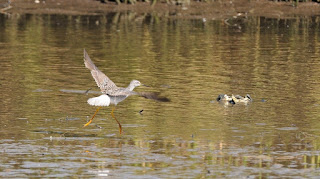 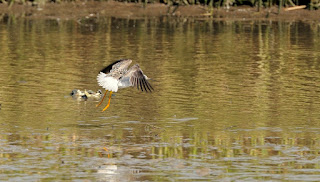 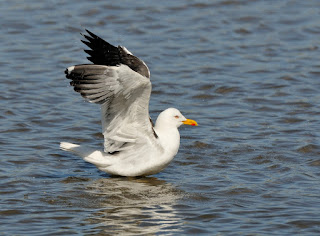 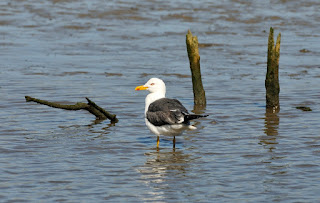