Birds on the move as August nears an end.

Mid month saw a lot of Swifts and swallows moving off, 23 were counted on the morning of the 19th as Sarah and I sat on the clifftop bench with the dogs for a spell of around 20 minutes. A few Common Terns were seen heading east, which were my first here since moving to Trimingham! Chiffchaffs were seen in a few locations as were a few Hobbies, Whimbrel were passing over in numbers, giving themselves away by their call as they approached. On the 21st I found a Pied Flycatcher (possibly 2 birds) along the stretch of trees behind our house, later adding it to the garden list also...result.
A couple of Golden Plover were seen, won't be long before they are gathering in the clifftop fields again! I was informed about a Merlin taking a Swift just along the coast off Vale Road, the next morning Sarah and I saw, probably the same small falcon, fly over the playing field whilst on our morning dog walk and head inland. Whimbrel were almost daily now and I counted a flock of 20 head out to sea. With more birds now being reported I am hoping to add a Skua to the patch list, fingers crossed, along with a scarcer passerine.

During the middle part of the month Sarah and I had a tour of June and Patrick's garden along the coast from us, the amount of Common Blue butterflies and invite to return when I wanted, was enough for me to grab the camera and pay a visit. I recorded a few species in their garden along with some other insects/bugs and I will have to return next year for the Bee Orchids for sure.
Here's a selection of some photos taken: 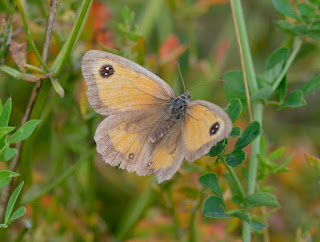 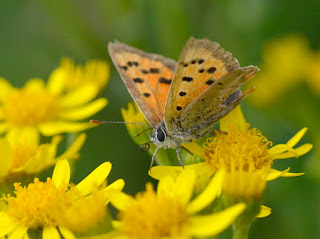 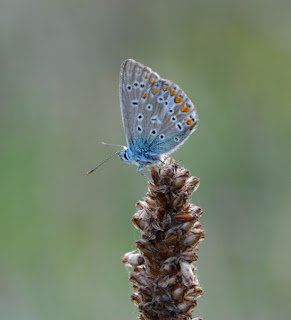 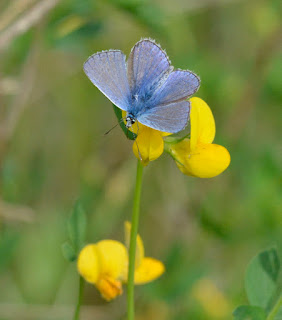 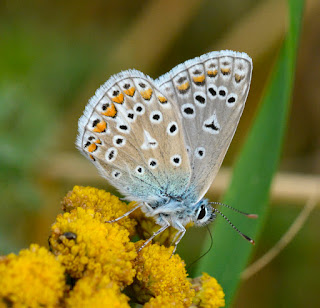 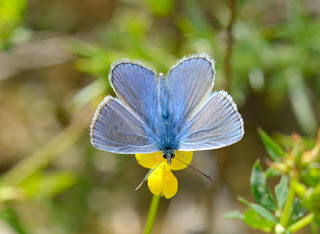 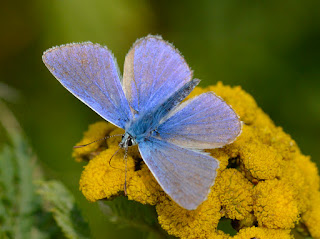 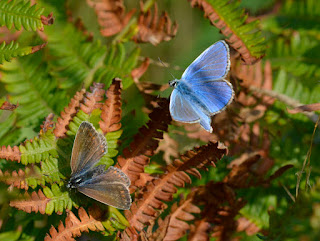 Insect/bug wise I found these species: 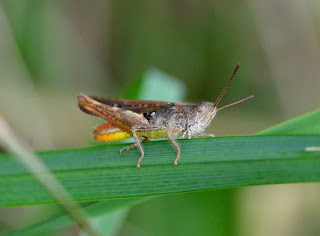 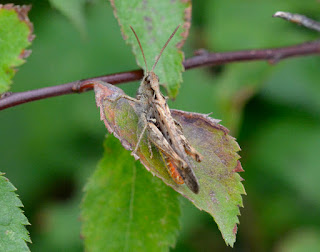 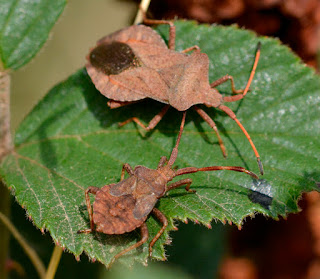 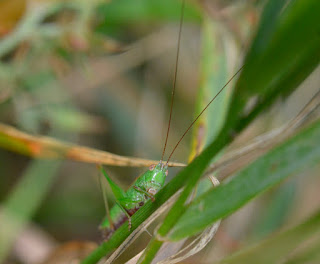 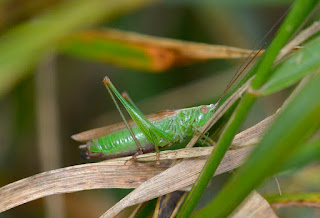 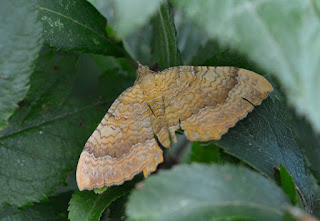 And one of the last things to see was this Yellow Shell moth which was disturbed from a bush, which reminds me of the great success the tobacco plants have had in our garden by bringing in Convolvulus Hawkmoths on a few evenings now.
Posted by mike lawrence