The Geese Have Returned.

September got off to a good start, a morning walk to the front produced this lovely Wheatear, very relaxed and enjoying the morning sunshine on the clifftop bench. 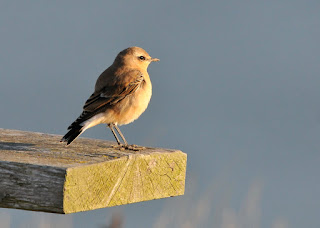 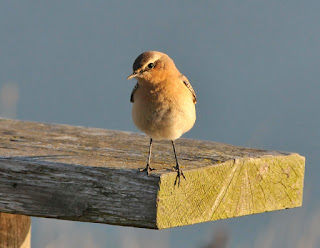 I was hoping the month would produce some new moth species to get my tally up, on the 4th I bagged a new species for the garden, a Juniper Pug. 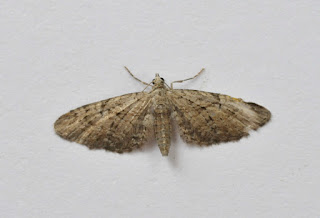 On the 8th the first group of geese flew over the house, letting us all know the changing of the seasons are upon. A count of 31 Pink footed geese flew over and in days to follow a few more groups were seen heading towards the broads. Also on the 8th I caught 2 new moth species for the garden, a Centre Barred Sallow and a Narrow Winged Pug. 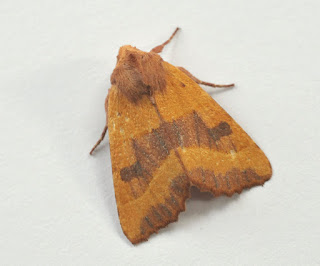 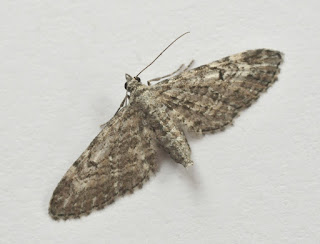 With the middle of the month already creeping up there was a movement of birds, namely Siskins. I counted quite a few groups moving over the house.
I was getting some lovely moths during the middle phase of the month, some new for the year and one or two new for the garden, beauties such as Sallow, Brindled Green, Red Green Carpet and a lot of Black Rustics. 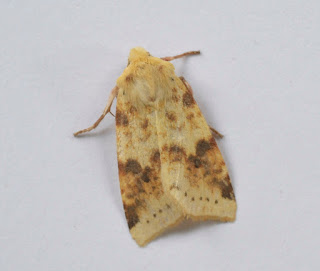 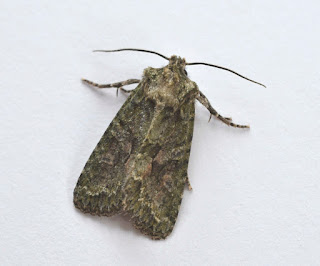 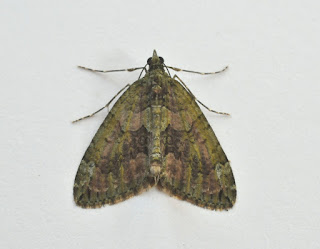 On the 19th I heard a Yellow Browed Warbler calling from trees beyond the back garden, the trees were moving too much in the wind for me to pick it up though.
There had been a few sightings of Redwing around and a couple of possible sightings for me gave hope of connecting properly but unfortunately it didn't come about. On the 21st I counted 13 Common Buzzards pass the house all in a line, there had been a count of 16 birds moving past Beeston so these would of been the same group but a few were no doubt just out of sight or had already passed, lovely procession to see though.
A walk down the lane, still on the 21st, and I found a Yellow Browed Warbler, it was a very elusive bird and over the next few attempts at  trying to see it I only managed to hear it calling.
On the 22nd I witnessed yet another movement of Siskins, but this time they were in their hundreds, I must of had at least 300 go over the garden during the morning!
I managed to get a couple of new moth species for the garden before the weather would change!
Autumnal Rustic and Large Ranunculus. 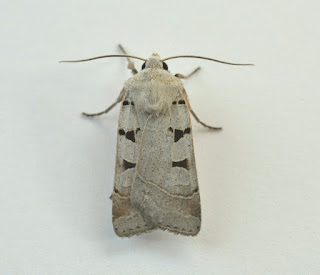 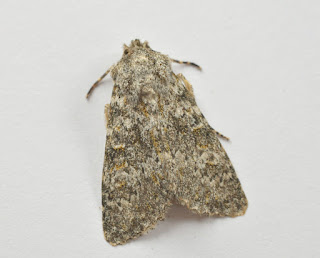 Then the weather changed and we were hit really bad, the worst since the 1987 Hurricane for sure. The 70+mph winds battered everything and caused so much wind damage to the plants the effects could be seen all over, most stuff had some dying foliage, very sad to see, and it stopped mothing for September with my macro list standing at 199 species!!! 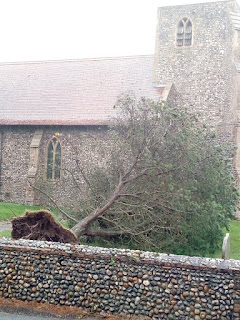 With the seas rough and a strong wind blowing in off the sea for days I ventured to the front to seawatch, plenty of wildfowl and a possible Leach's Petrel and also the second geese species for the autumn with a decent amount of Brent Geese moving west. 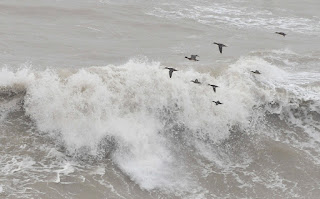 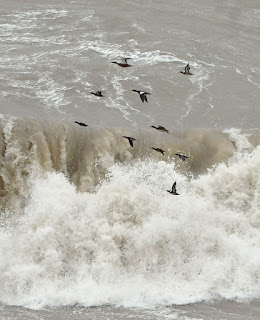 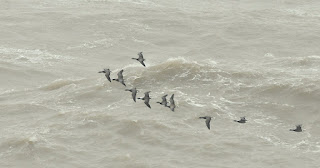 Onwards and looking forward to October.
Posted by mike lawrence