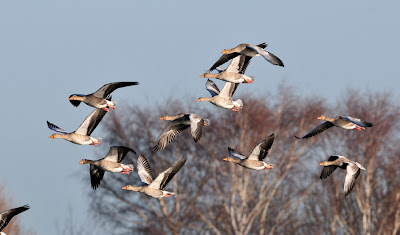 My first visit for 2012 and great weather too, the wind had finally dropped off and I was able to put the hide up. A couple of new additions, albeit not great species but birds none the less!, and a wader to boot too. Coots and Mallards were mating and the Coots very stroppy with neighbouring interlopers. The Black headed gulls were in good numbers with perhaps one or two more Common gulls than last time. 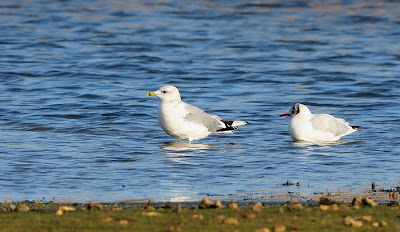 Some Canada geese were joined by a small group of Greylags, which didn't have anything else mixed in with them, they later departed leaving the Canada's to graze the grass. But the best showed itself some time later. I glimpsed a small bird fly from a hidden bay which I immediately thought wader and probably a Green Sandpiper, unfortunately I could not pick it up from my hide. But it was to show a few more times confirming it as a Green Sandpiper, and happily came close enough for a record snap. 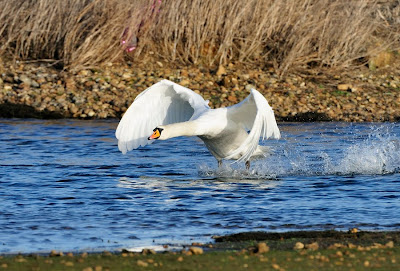 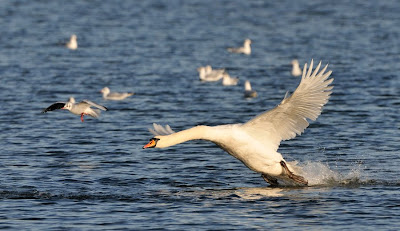 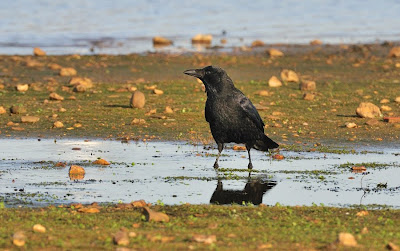 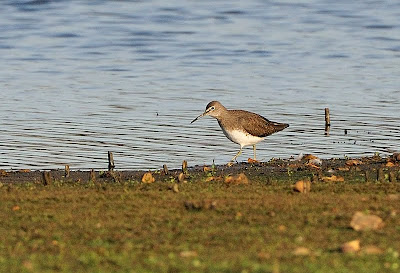