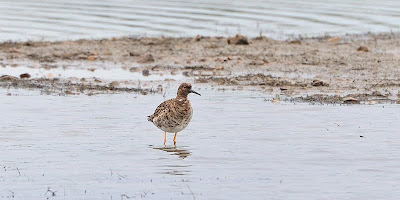 Despite the dull grey weather I decided to put in a couple of hours at 'Bev's Birdland', and I was glad I did. On exiting the car I could see something distantly on the scrape and thought it was fairly large and so put bins to the eyes and lo and behold I had my first Ruff for the site.

I quickly got my camera gear sorted and headed to the lake, luckily for me the Ruff was busily feeding and only bothered by the harassing Lapwings. I got close enough to get some images and hoped it would hang around. On a couple of occasions it got up flew elsewhere around the lake but would return to the same corner.

Whilst taking in what else was present I noticed the Ruff had returned to the scrape and I thought to myself "that looks whiter than before", it wasn't long before that thought was answered when I saw the whiter bird chase off the original found bird. Excellent two birds and some record shots too. 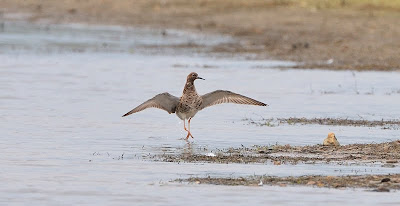 The Oyc's were still present along with the Ringed plover, Redshank and also the pair of Little ringed plover were still there, with one coming quite close on one occasion, enough to have his mugshot taken. Hopefully next time a Tern would be gracing the lake or another new wader. 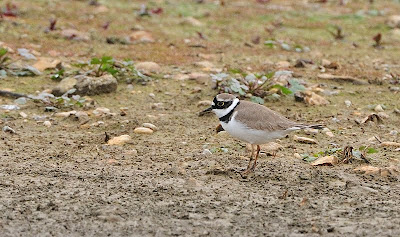