The start of December and the conditions were becoming cold to say the least. A trip to Bev's found the outer edges of the lake frozen over. Mostly Black headed gulls and a few Common gulls occupied these areas, there was a group of Lapwing that were circling but they ventured further afield. 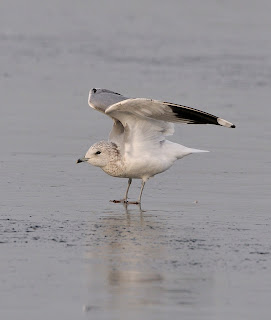 This Common Gull unusually stayed put and allowed a fairly close approach, enabling me to grab a few decent images. 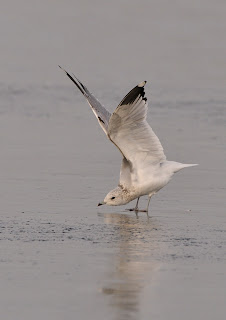 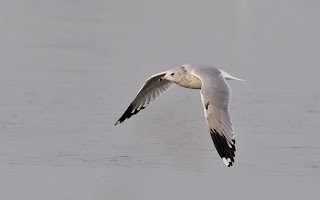 The Goldfinches were mobile as usual, but not in the large groups as before, busily feeding on any seed they could find. 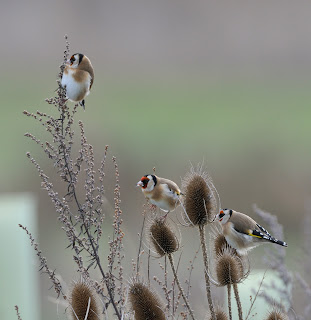 Even on a grey day these birds seem to shine in colour. 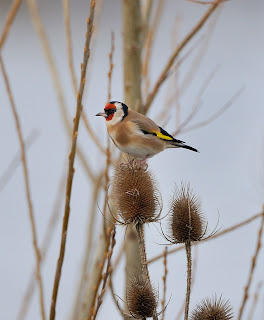 This female Goldeneye dropped in on its own, after a very short spell it disappeared, not before I could get a record shot though.
Whilst skirting the reed fringes I noticed a small bird flitting around, revealing itself as a Chiffchaff only to then be moved on by a Reed bunting. Other birds noted were a Green woodpecker perched in a hedge and a Goldcrest which was nice to find but frustratingly flew as I pulled focus with the camera!!
With the cold weather forecast to carry on hopefully some winter birds will visit the lake....oh and as for the Snipe, I only saw 2 this time, no doubt they were further back from the water sheltering in the grasses. 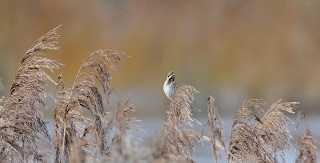