Shingle Hell, but worth it. Blakeney Point. June 2013. 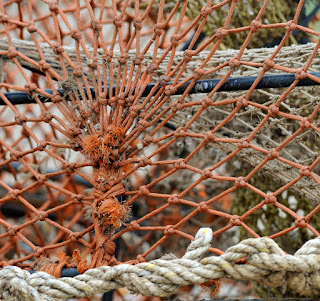 The weekend before the Roller twitch, Sarah and I stayed at Cromer and we decided to have a leisurely walk up to Blakeney Point!! No matter how slow I ambled along, that bloody shingle walk knackered me, and I wasn't the only one either, Sarah had to admit it was a slog. As you head from the car park at Cley beach, you say goodbye to the fishing pots and boats and look to where your'e heading! Why is it that no matter how long you are walking for, the point doesn't seem to get any closer? 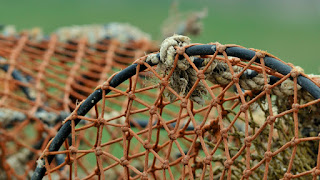 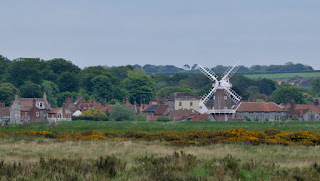 After a couple of hours we had made it up to the point and now we could relax and take in the wildlife and scenery. The weather was quite grey and dull, but that was a blessing to be honest as if it had been hot and sunny the walk up would of finished us off. I couldn't believe I was up here again and not a Mega to chase after!

On the way up we saw a raft of Scoter and these 3 Eider flew past. The Little terns were in very good numbers, flying up and down the shoreline. When at the point Sarah and I couldn't take in how many Hare we were seeing, we didn't expect to see these up here!

Whilst sat in the dunes having a drink and something to eat, Sarah noticed something flying in, and upon scanning with the bins we were graced with a dark morph Arctic Skua, no doubt brought in by the amount of Tern activity. We then headed to the Seal colony where there were a few hundred laid up. On route, sat on the sand was the Arctic Skua. It stayed for a short time then flew past us and off out to sea. 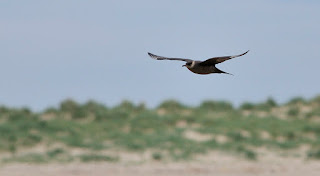 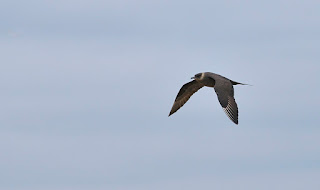 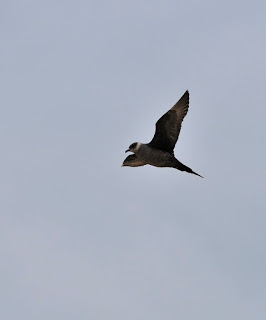 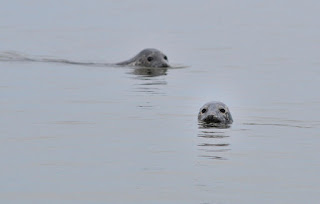 We then made our way to the waters edge and spent the next hour or so in the lovely company of the seals. Quite a few were curious as to our presence and came to investigate, coming to within feet before splashing under the water only to circle round and await their turn to approach again. It was a wonderful experience,  Sarah really enjoyed herself too and it made the walk up just that little bit more bearable. At the furthest part of the sand bank where we were it was just Sandwich terns were seeing back and forth heading to the colony which was well away from our position, the sight of the tern colony in the distant heat haze resembled a scene more like gulls at a refuse tip, there were that many in the air. Thankfully the walk back was, as usual  on the return, along the shoreline instead of the shingle ridge which was such a welcoming feeling on the legs..mind you in the evening it took some effort to get out of the chair, not as young as I used to be. 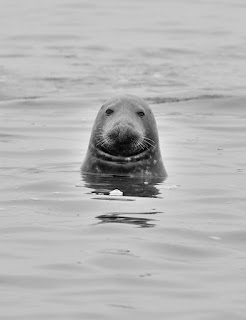 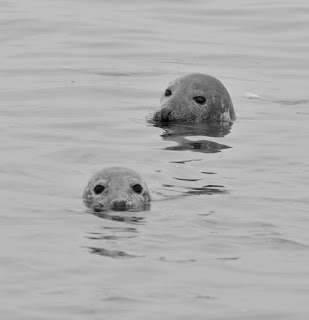 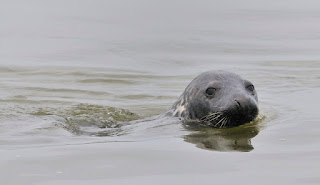 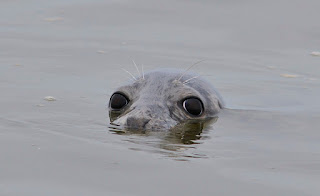 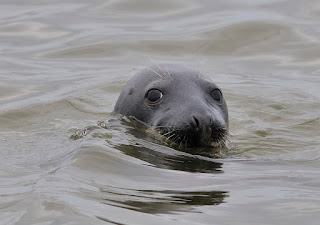 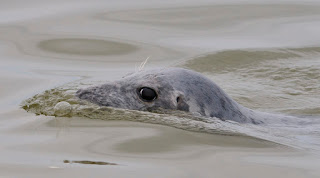 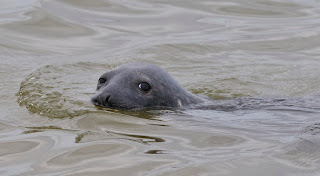 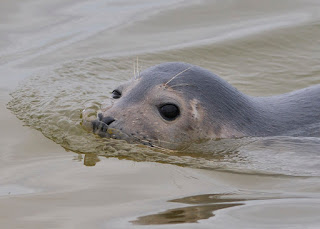 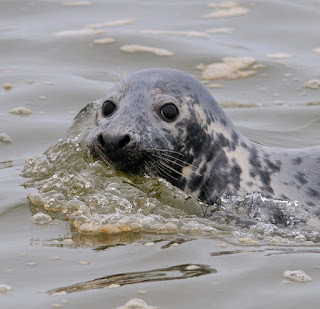 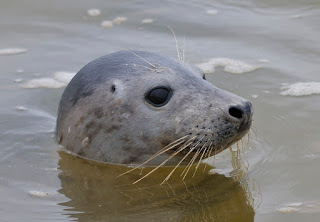 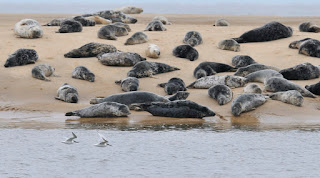 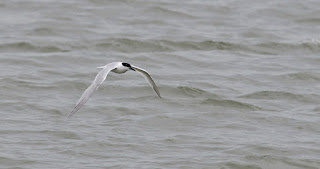