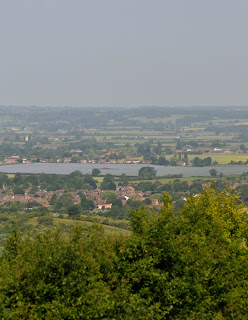 I had not visited Bison Hill before, and upon checking the write ups about the Duke of Burgundy butterfly, which I was too late to find due to its flight period, I decided to never the less take a trip there. I knew there were Grizzled and Dingy Skippers found here and these were both species I hadn't seen before so I was keen to connect. 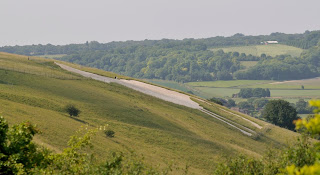 The approach to the car park let you know you were rapidly climbing in height, but once I had ventured a short distance from the car park the views were outstanding. The above image is of the chalk cutting of the Lion at Whipsnade, shame the angle didn't portray it better. 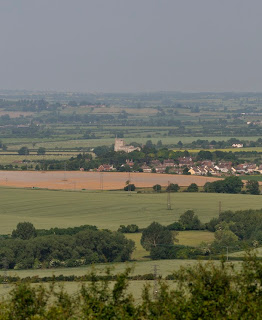 The weather was sunny and already very warm, I knew the insects would be very active but I was hoping for the best. It wasn't long before I connected with a new species for me, a couple of small butterfly like moths which were called Chimney Sweeper moths. I had only ventured yards from the car and picked up a new addition, unfortunately the little buggers would not keep still long enough for a picture and after some time I moved on for more hopeful pictures. 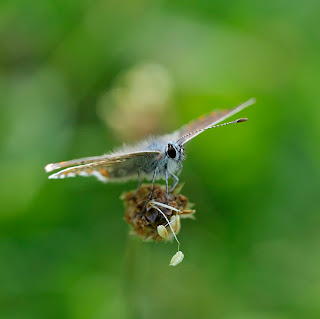 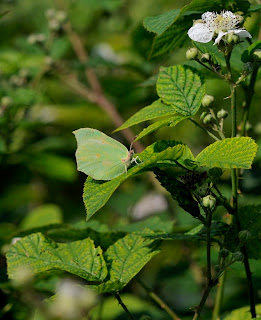 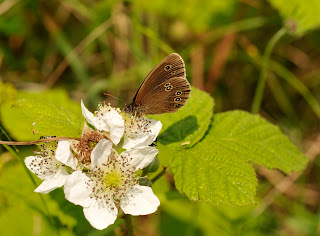 Ringlet.
There were good numbers of butterfly along the hedgerows and grasses, with Large Skippers in good numbers and plenty of Ringlets everywhere. I soon found Brown Argus, Brimstone and loads of Common Blue's. I had been informed of the best route to take by a couple there walking their dog, he had told me of the Chimney Sweeper moths and of the numerous orchids present on Bison Hill so I still had plenty to find. 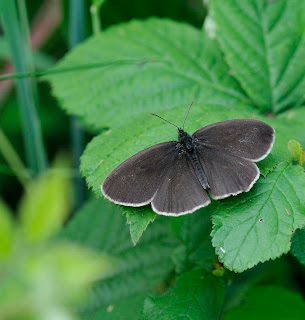 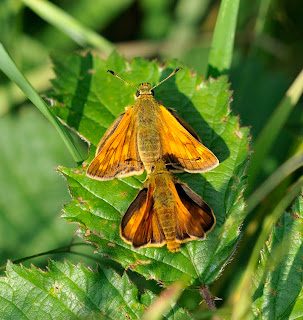 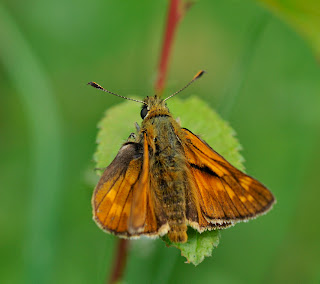 I trekked off and was soon to find one of the wanted species: Grizzled Skipper. Although a slightly worn individual, I couldn't care less, to me it was just as lovely and I didn't realise how small they were. A slight breeze had picked up and it took to resting on some tall grasses, while tricky trying to focus on I bagged a couple of shots. And if I wasn't happy enough, it doesn't take a lot really, a short distance away I found a Dingy Skipper having a dispute with a couple of Common Blue butterflies. I took a record shot just to prove my success in finding one, then carefully stalked closer to grab the shot below, I was concentrating so much on a slow approach I didn't even see the thistle I rested my hand on! Ouch, but only after the shot had been taken. 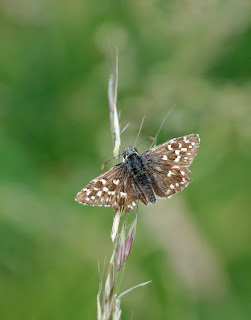 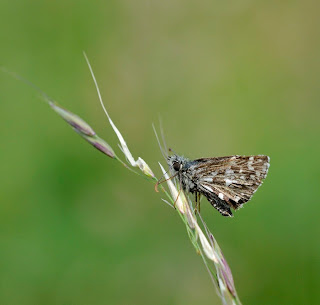 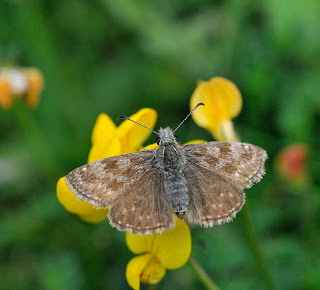 Dingy Skipper.
I was over the moon with my newly acquired additions, then I saw what I thought was another Cinnabar moth in flight but as it rested up I realised it was a Burnet moth, so I then took to counting the spots and counted 5, and on studying the images when home realised that the middle spots were not united and the thin border around the wing pointed to this being a Narrow-bordered Five-spot Burnet. I couldn't recall having one of these before, maybe a sighting with the wife on a walk around the village last year, so this was another first to be photographed. 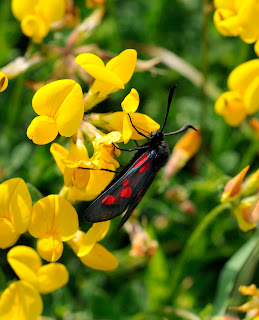 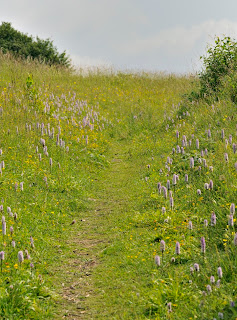 And as the couple had said earlier, the orchids carpeted the slopes. It was a lovely sight seeing so many orchids as I ventured along the tracks. The most numerous were the Common Spotted Orchids, with a few Pyramidal Orchids scattered here and there. They definitely warranted some close images, a wonderful sight and a great place to visit, I shall be back there soon hopefully for Chalkhill Blue's. 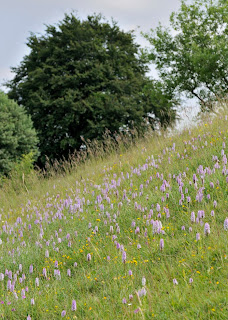 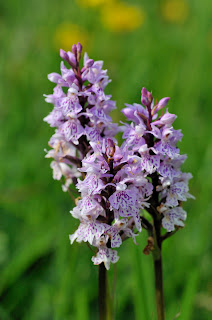 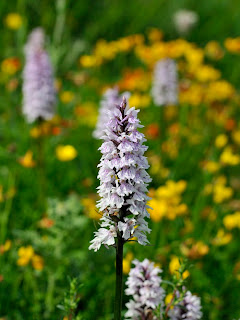 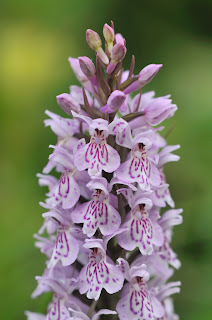 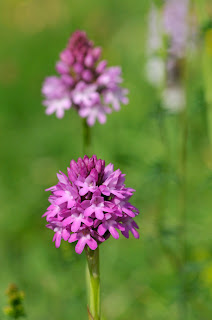 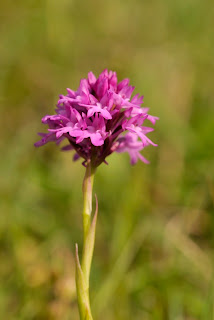