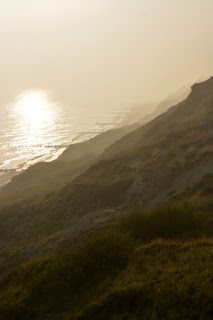 Early morning from Trimingham, my usual starting point when I head out birding. There has been a few misty evenings and mornings which only made it more wonderful being out. And there has been plenty of new patch additions, alongside meeting some great people/birders and exchanging numbers and information my new home has got me buzzing to say the least. 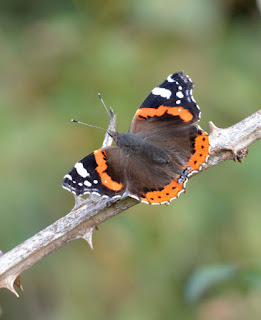 Never seen so many Red Admiral butterflies around! Plenty of Large White caterpillars in the garden, not gonna be many plants left at this rate! 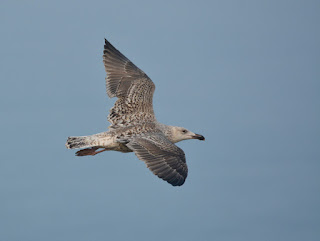 Love the early morning when the gulls just glide past at eye height, and a bonus was when I added Med Gull to my patch list, no doubt the same one that was at Overstrand, and whilst chatting to fellow birder Greg, he pointed out Harbour Porpoise! I frantically scanned and couldn't find them......aarrrghh 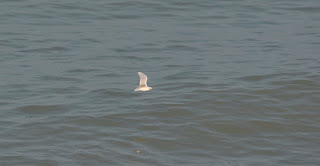 Thankfully I picked up on them feeding just a few hundred yards off the coast, awesome and a first for me. Sarah wasn't too pleased that I didn't inform her straight away, instead I carried on walking and chatting to Greg, only when I departed to head home and noticed that they were still off the front did I then call Sarah and let her know, she desperately ran round to the cliff top bench and I met her there......yep you guessed right they didn't show again! I was not in her good books. 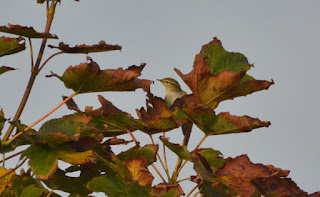 My next morning excursion and I headed out in the hope of something but was chuffed to bloody bits when I found a Yellow Browed Warbler....yeessssss :-)
It moved around somewhat and eventually moved off and I couldn't relocate it ( message on the pager later from someone else put it a stones throw away on the other side of the road) there were plenty of willow/chiff warblers around, some really fresh bright colours. Upon moving back towards the cliff tops I turned around to find a Wheatear loitering on a park bench! 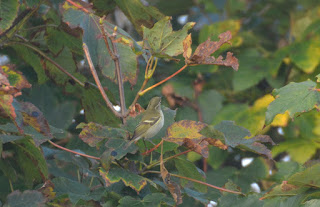 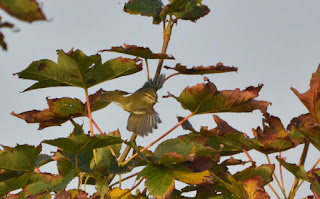 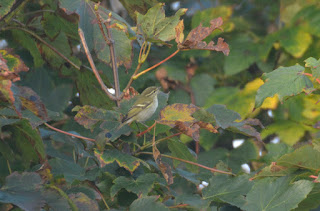 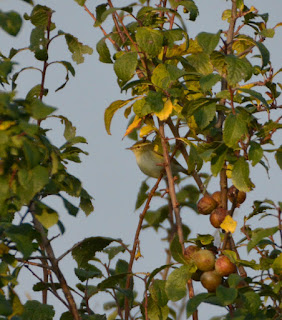 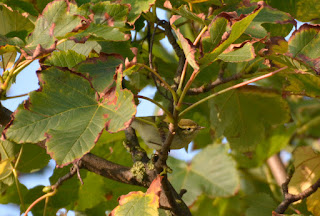 Late afternoon/early evening whilst watching the sea for porpoises with Sarah, after her departure I stayed to watch just a tad longer and as the light began fading I too decided to turn and head home only to be confronted by a lovely Spotted Flycatcher flitting around the air insect catching, with no camera and just bins I stayed and watched for a decent amount of time, also turning to glance out to sea I picked out a distant porpoise, informing Sarah by phone, I will not repeat her reply!
Unfortunately the Spotted Fly' was not there the next morning. 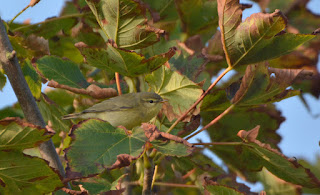 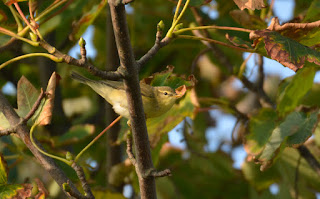 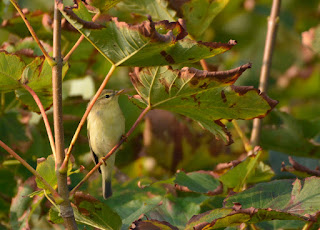 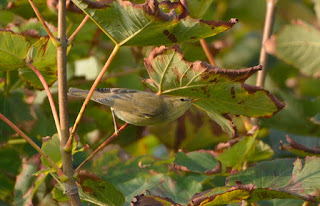 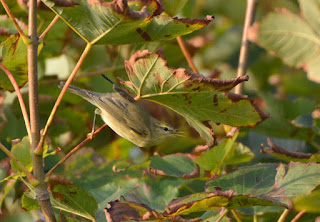 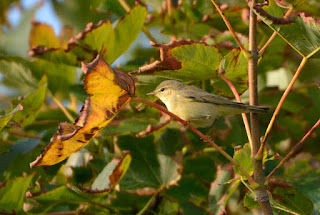 With Grey Plover, Song Thrush and Red Throated Divers being seen I am being kept busy waiting for the new addition, just need the wind to blow in the right direction. And as for Harbour Porpoises, well Sarah and I saw a pod close in to shore at Overstrand giving good views to all those that were informed, in fact over the last few days we have had sightings every time we have looked, how cool.