At last the FOG lifted. 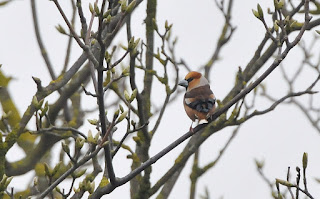 After 4 or 5 days (the days go from one to the other so quick I can't keep track) of foggy conditions it finally lifted, you could actually see the shoreline from the clifftop! But before that whilst checking trees that were not obscured in a veil of grey, I had been  scanning behind a neighbours garden as I knew they had Siskin and Brambling feeding there, and sure enough even at a bit of a distance I could pick the birds out. Then totally unexpected I found a Hawfinch amongst the branches!
I didn't hesitate and got myself round there and low and behold found 3 of them, and added bonus of a Mealy Redpoll. What great new patch ticks for Trimingham.
Due to the sensitivity of the neighbours houses I didn't put the message out, last thing I wanted was to get anyone annoyed. 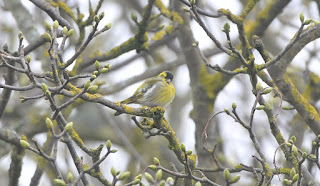 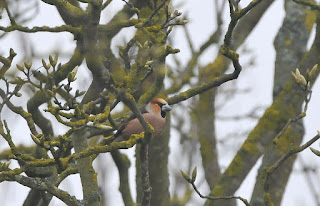 The next morning I checked and found 2 Hawfinches, andthe Mealy Redpoll was still there. As seen the day before, there was a stunning male Brambling (unable to get a photo) with a solid black head in full plumage, the likes of which I hadn't seen before...stunner. And with the weather still closed in I hoped as predicted that it would lift so I could at least get the moth light out for a while. 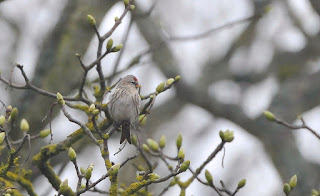 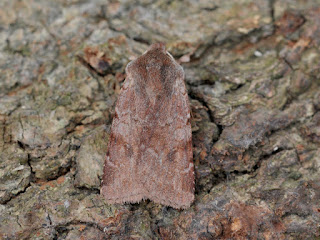 Since moving to Trimingham I have been waiting to get the moth light out and start a new garden list. Unusually the weather was as predicted !! and I sat out in the garden for a couple of hours. I clocked up eight species in that short time, including Chestnut/Red Chestnut, Small Quaker, Common Quakers, Early Thorn, Clouded Drabs and Early Greys. 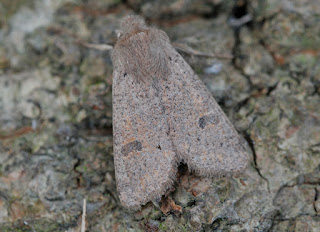 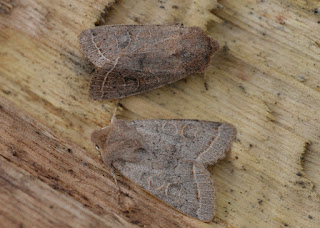 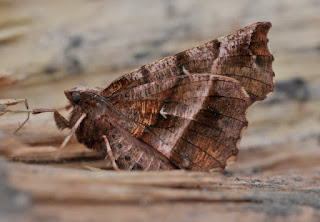 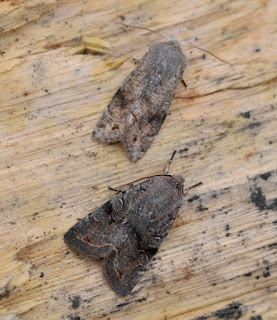 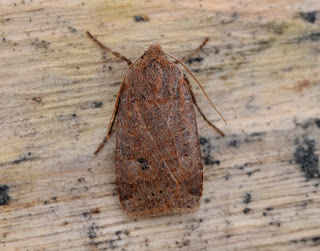 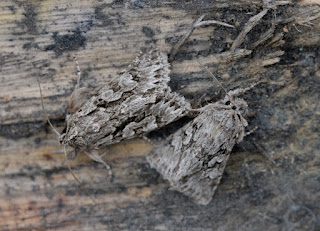 Sun Sun Sun at last, checking the front early morning I saw my first Wheatear of the year, followed by another shortly after. With Swallows, House Martins all now moving through it was finally happening, another nice bird was a Whimbrel flying overhead, and with the forecast of some nice weather upon us hopefully a lot more to see. 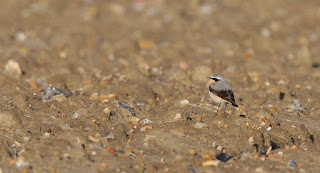 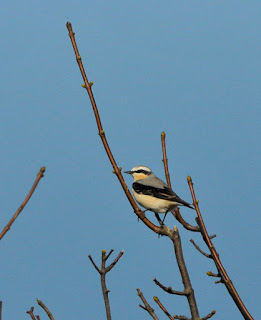