It was great to hear that during July the habits of the Bee-eaters changed and there were numerous comings and goings bringing in food to the nest holes....this meant one thing and that was the chicks had hatched. Followers of the live web cam may have seen up to 3 birds entering the hole recently so there is a lot of feeding happening in both chambers which is great news. I have been volunteering a lot doing night shifts keeping an eye on the nests . On one evening after turning up myself and a RSPB staff member Josh watched a Long eared owl fly over the field and drop into the quarry. We located it in a tree being frantically harassed by a pair of Blackbirds, it didn't hang around too long especially when they started swiping at its head! 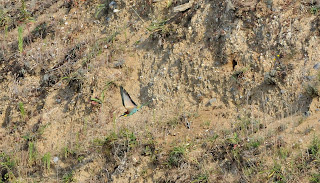 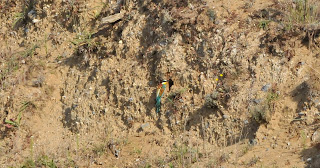 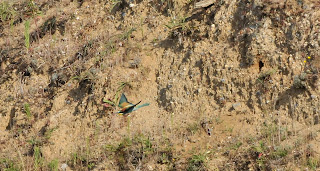 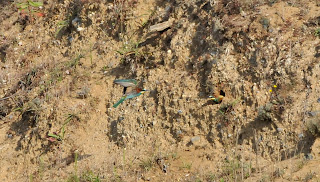 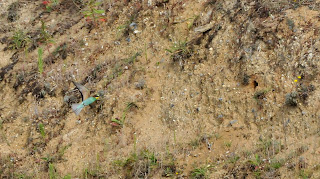 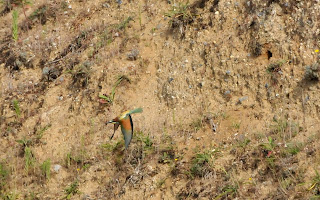 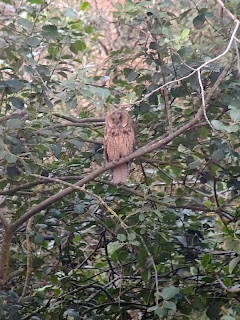 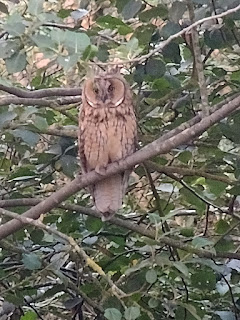 Other news in July. 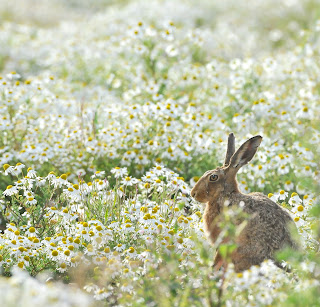 This Hare cut a lovely image sat in the daisy patch. 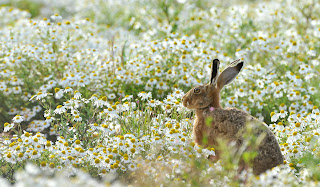 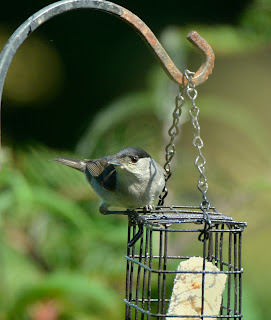 The male Blackcap was still visiting the garden feeding on the suet blocks and on one occasion brought the female along too. Over the last week or so I haven't seen either birds so could be on another brood or moved on.
During the month I have seen Oystercatcher pass over the garden, a couple of groups of Whimbrel over, the first group numbering 16 and then the following sighting had 12 birds in. On a warm evening Sarah and I ventured along to the end of the village near Middle Street to listen for Great Green Bush Crickets, a local friend had already heard one calling from this spot and we met him there and sure enough it was calling loudly, but too tucked into the scrub to see anything though. 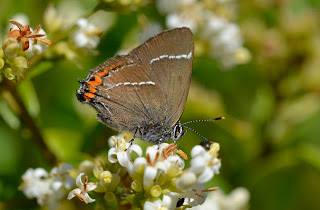 This is possibly the first White Letter Hairstreak butterfly I have seen in the garden ? I know I have seen Green Hairstreaks but I'm sure this is a first. Although slightly worn you can distinguish the white letter "W" on the lower hindwing, and a lovely bright orange edging too. 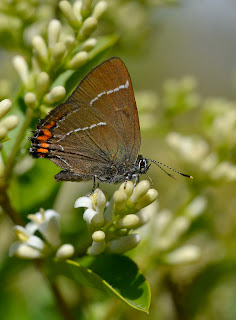 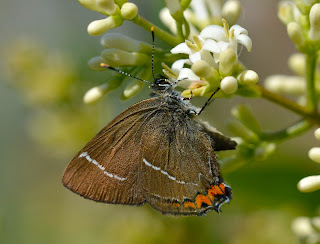