Trimingham Put On The Map !

As everyone will be aware now, Trimingham has been made famous by the arrival of Bee-eaters. And it has kept me busy too ! It started on the 5th June when 4 Bee-eaters were found at the Gimingham end of the village around the Kearns land. It was very soon evident that they were staying around the quarry off Middle Street and the hope of breeding became the main concern. The site was then kept an eye on by local birders whilst the RSPB were contacted and things started to be put in place to protect these beauties. It was a surreal feeling having Bee-eaters calling and passing over the garden, what a sight to behold. A few days later I counted 5 birds over the garden ! This 5th bird had joined the main 4 from somewhere, and this was promptly followed by a 6th bird joining the flock in the quarry, these two additions had been seen moving up along the coast from Sea Palling. One of these new birds had a large chunk out of its wing so could be easily identified wherever it ventured. 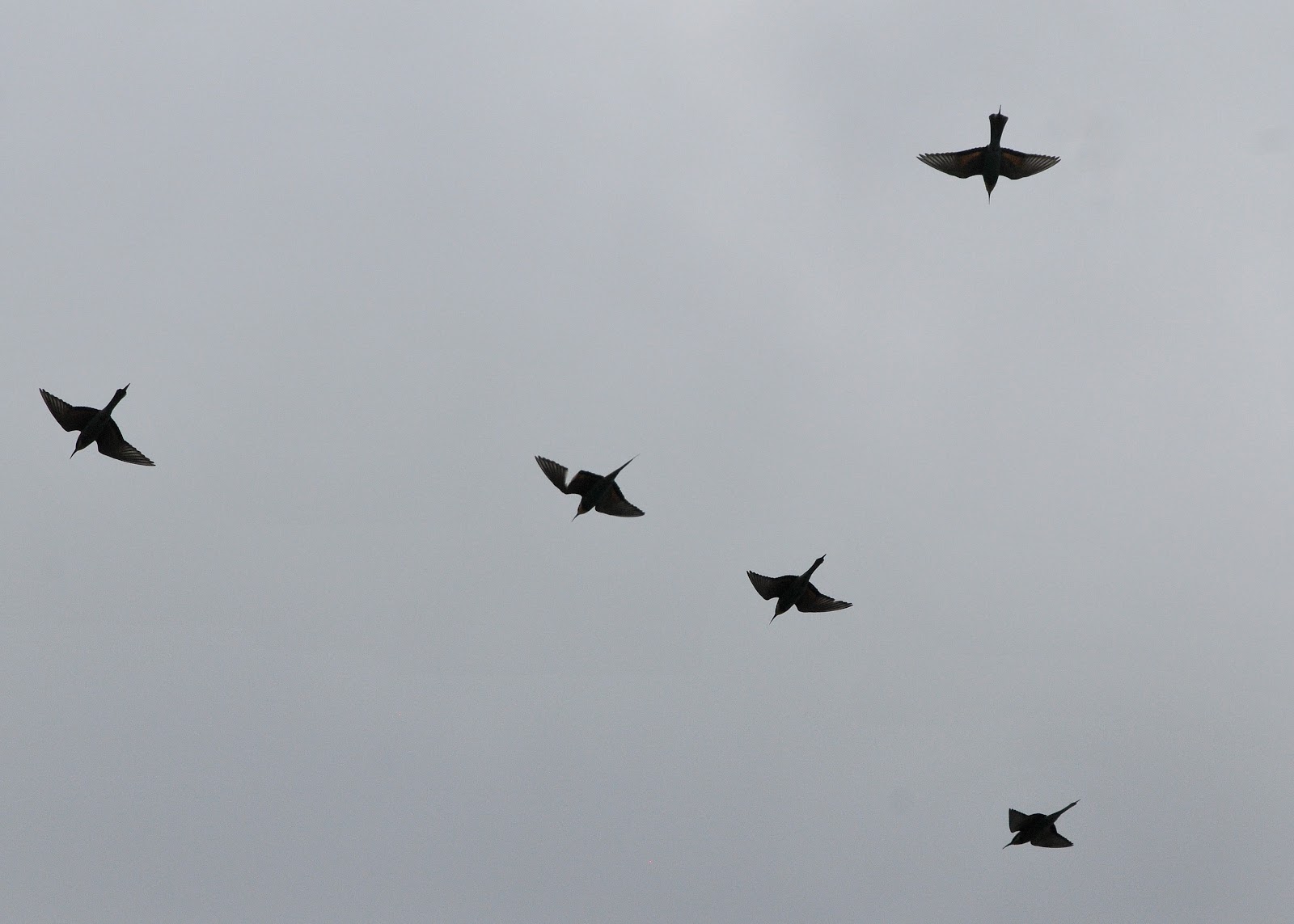 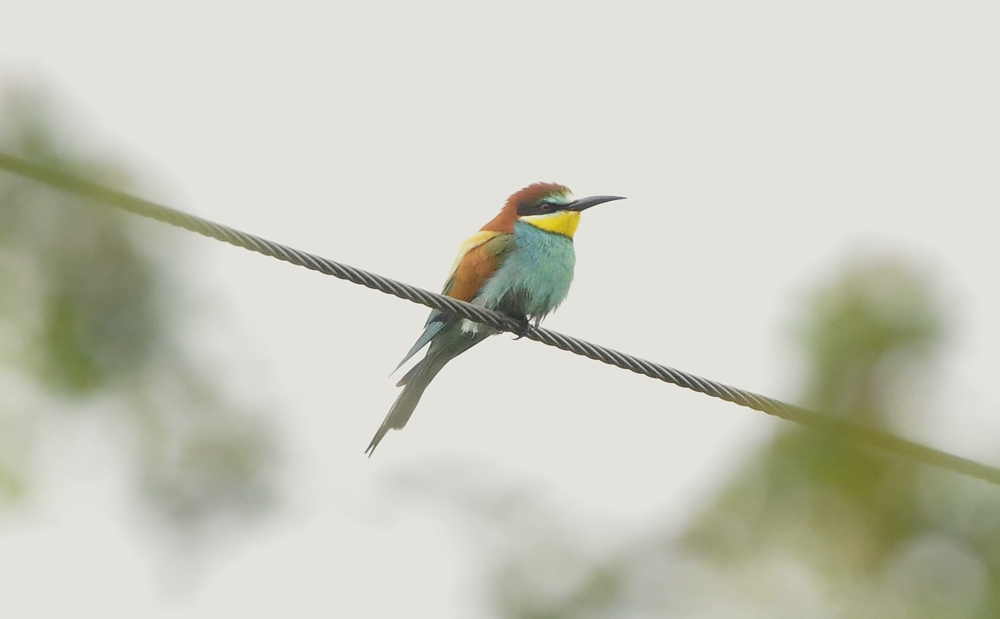 It finally went public when it was announced on Springwatch, since then volunteers have been assisting the RSPB with manning the car park and viewing area. I have been lucky to take part in the volunteering too, I kept watch on the site normally from dawn until the day shift crew turned up around 8am and then I have been assisting with night shift watches, what a spectacle it’s turned out to be with news crews, visitors turning up from all over the country and numbers well into the thousands. 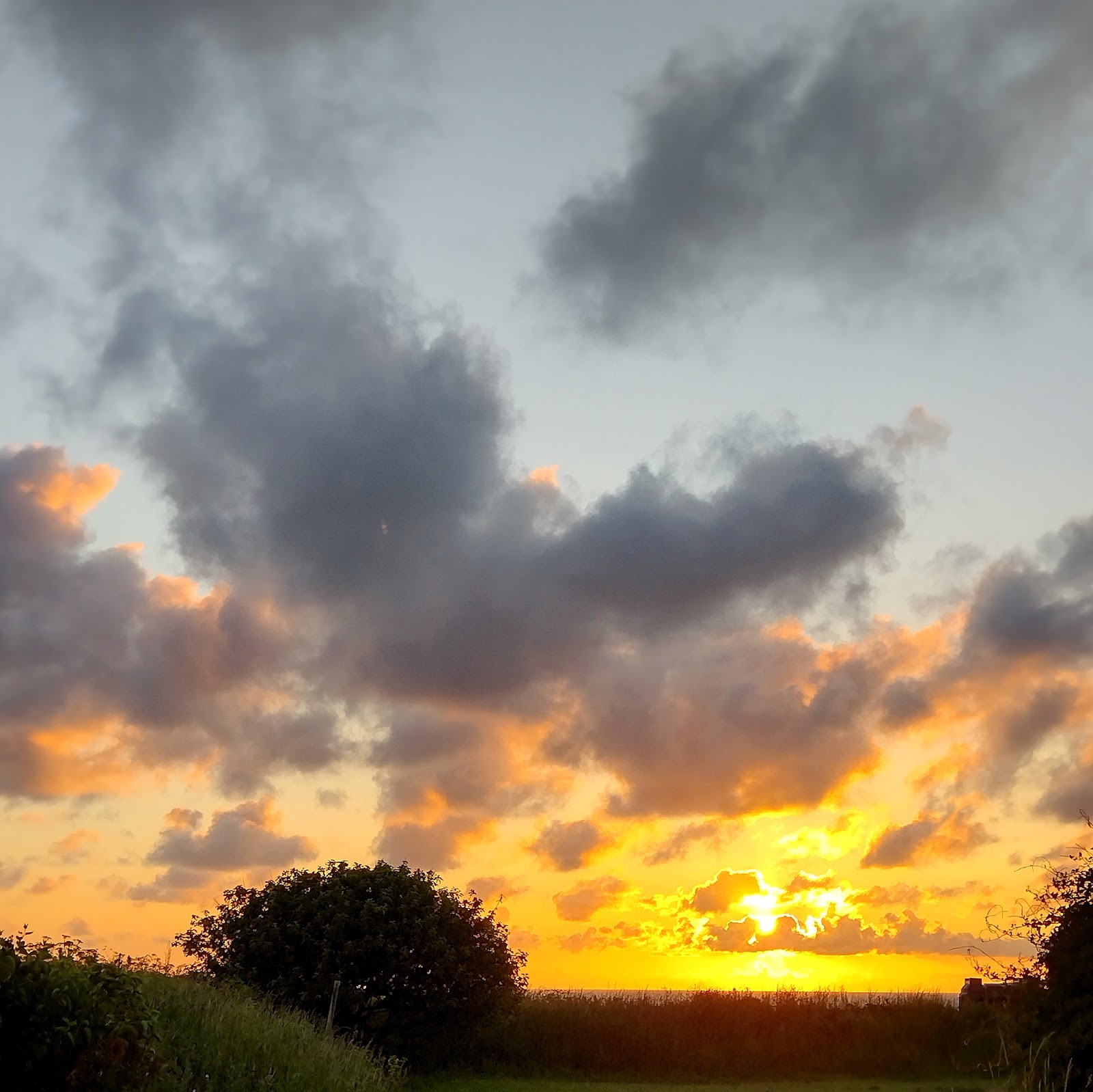 How lovely starting your day off with glorious sunrises and Bee-eaters. 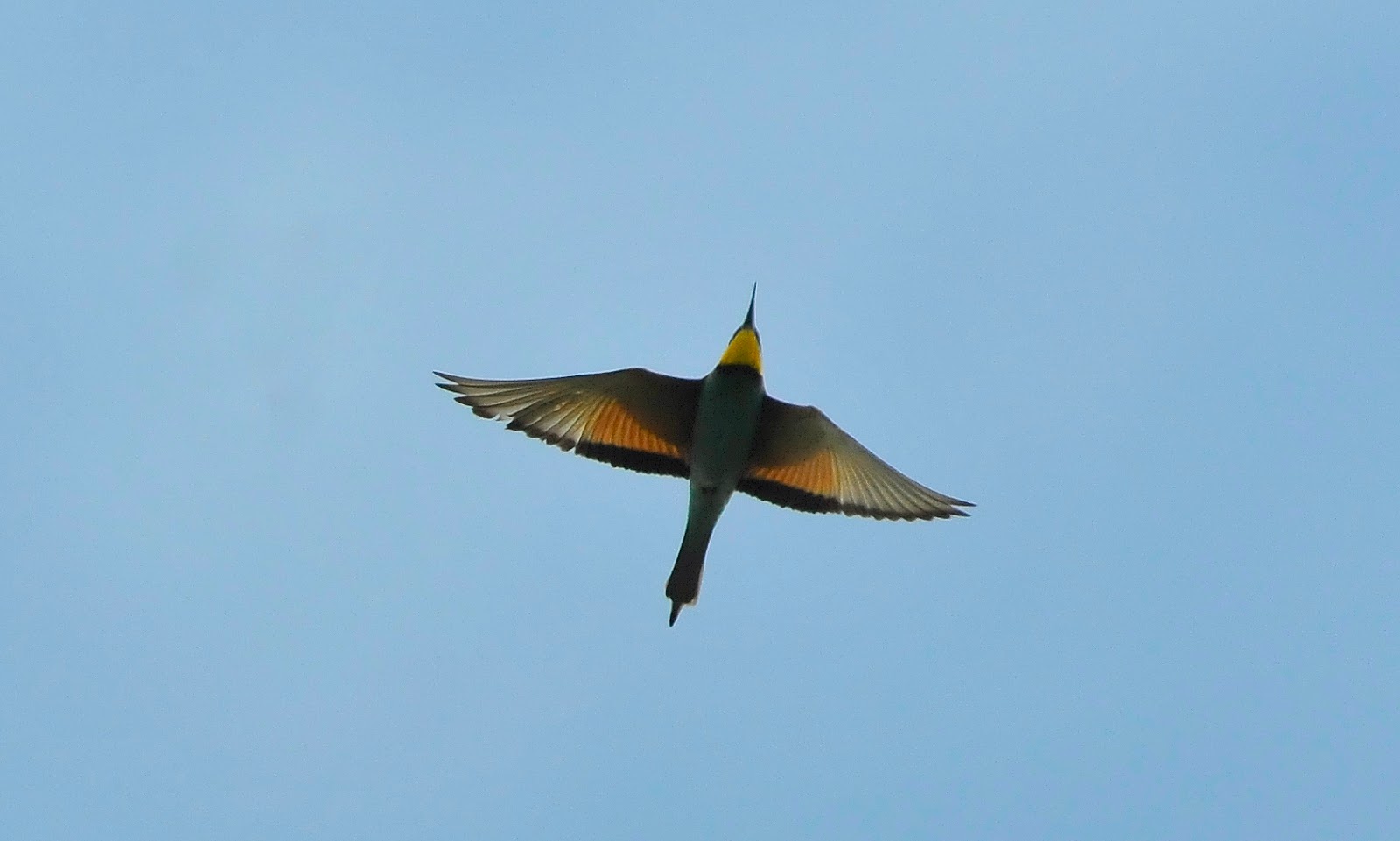 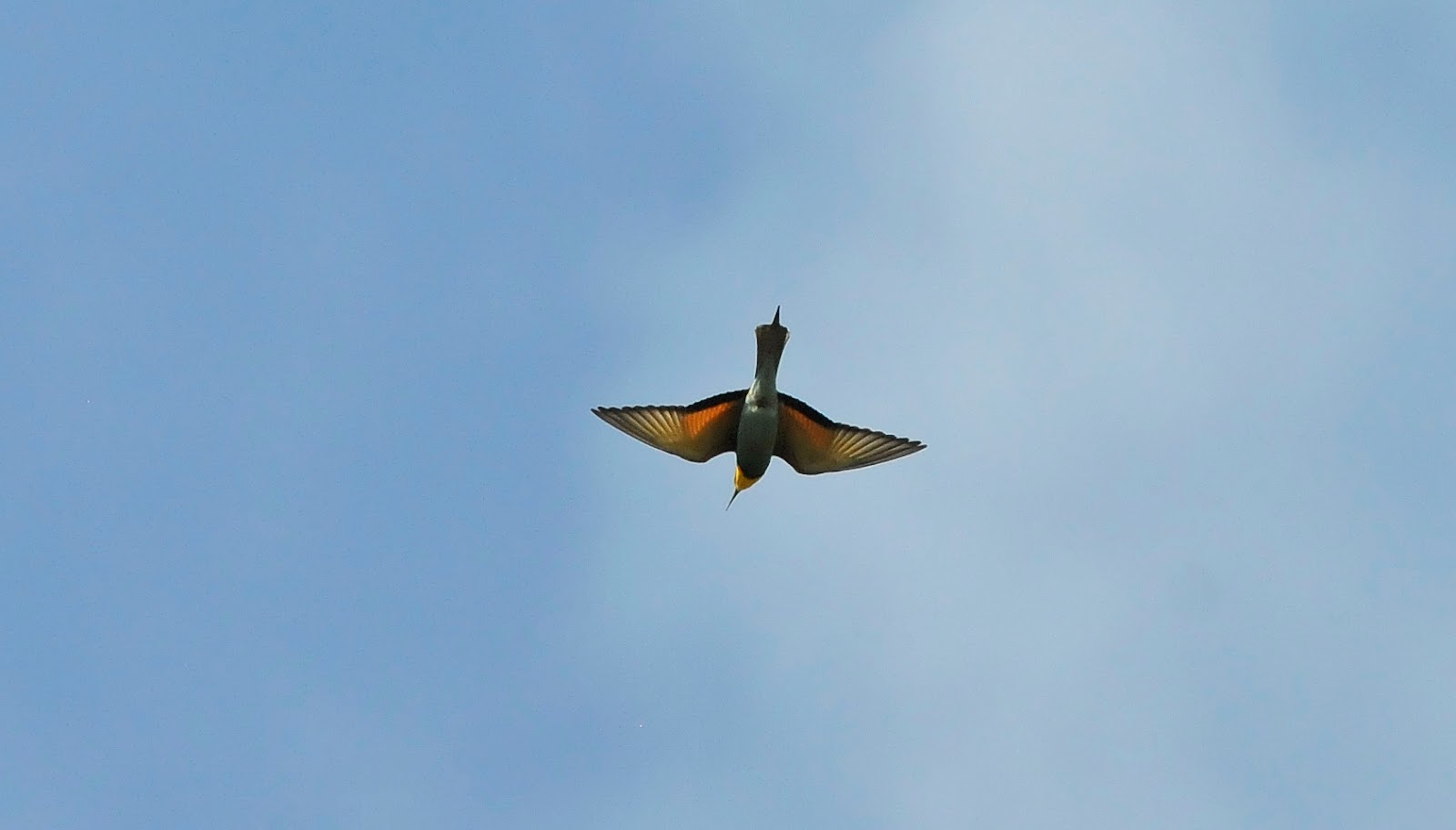 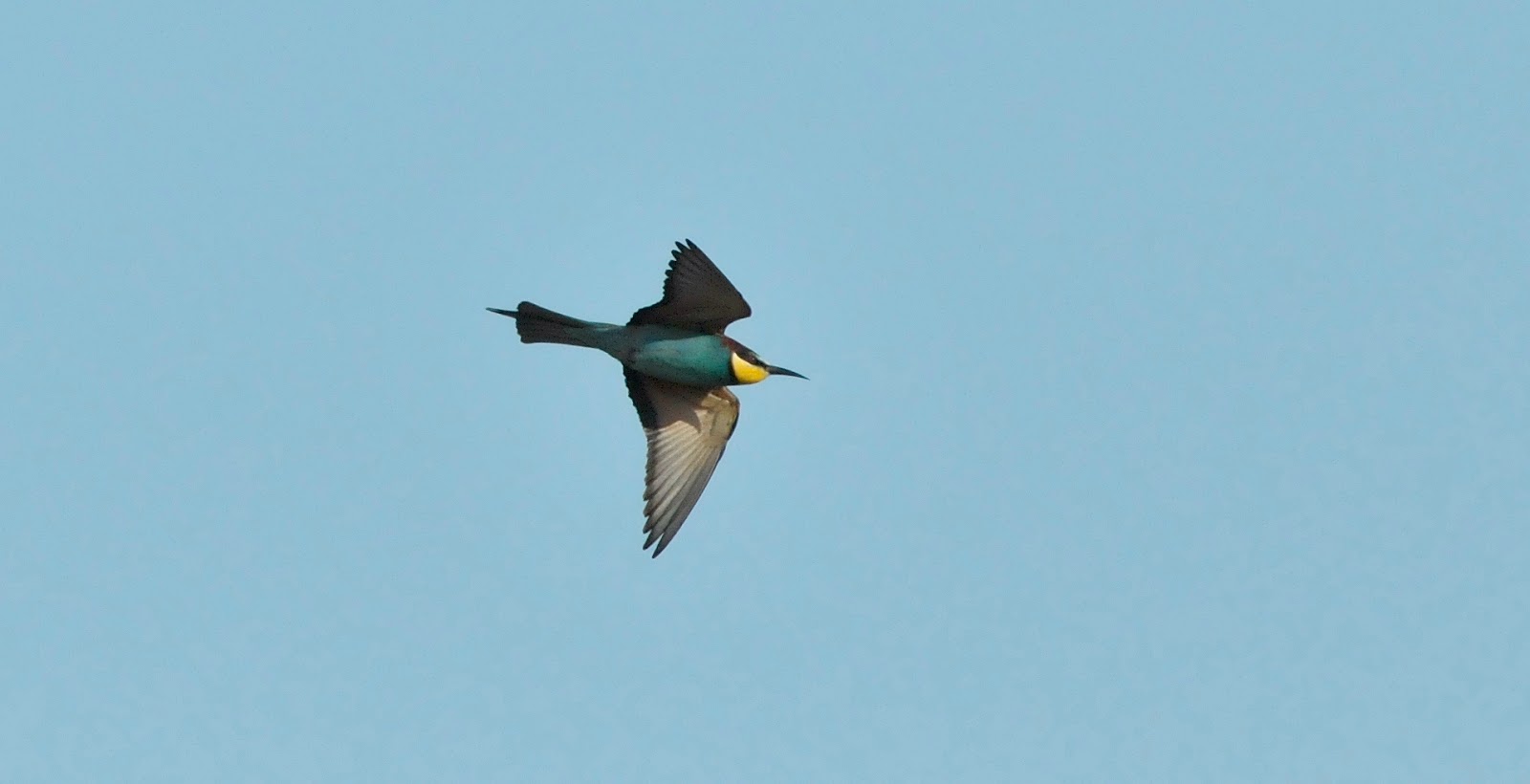 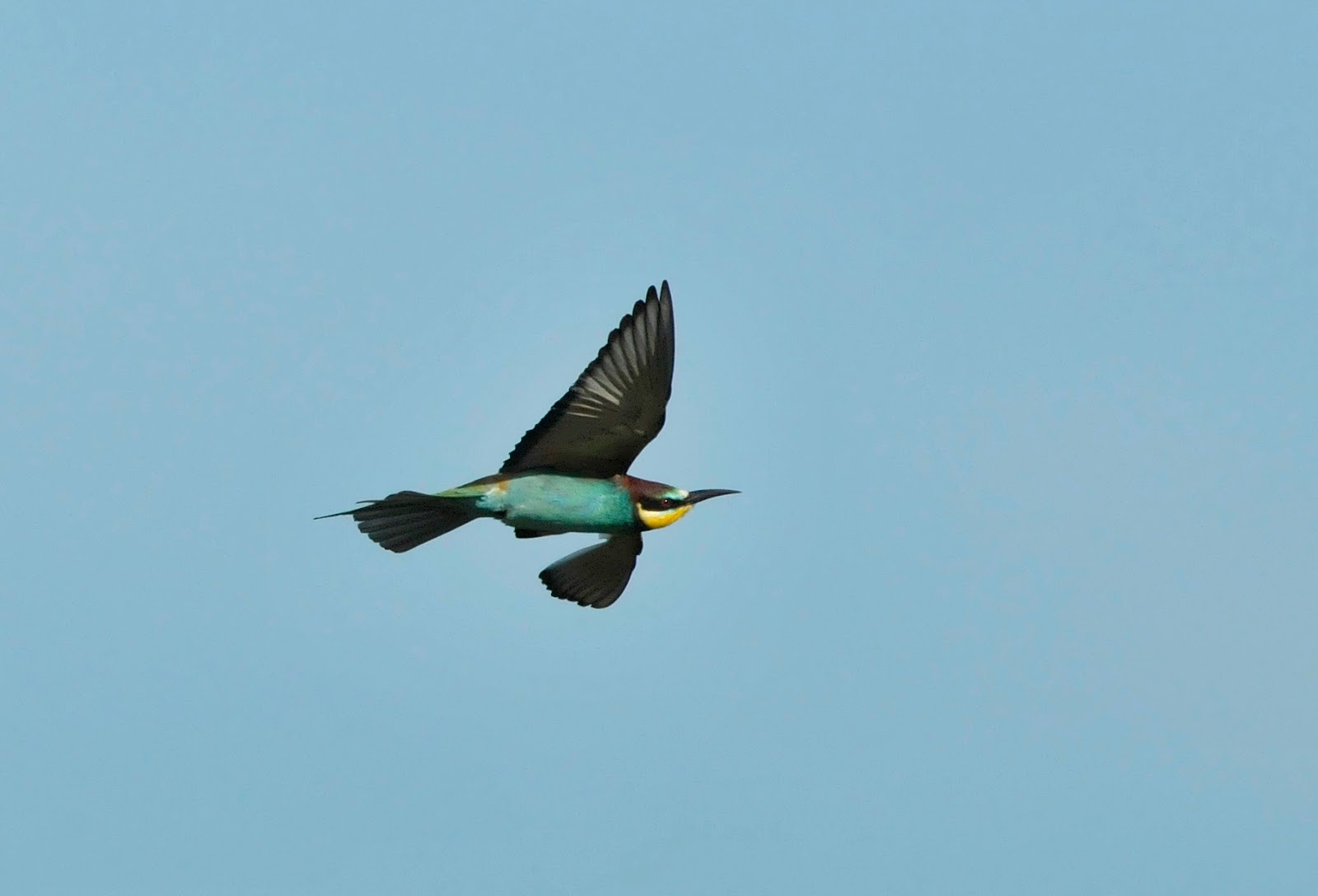 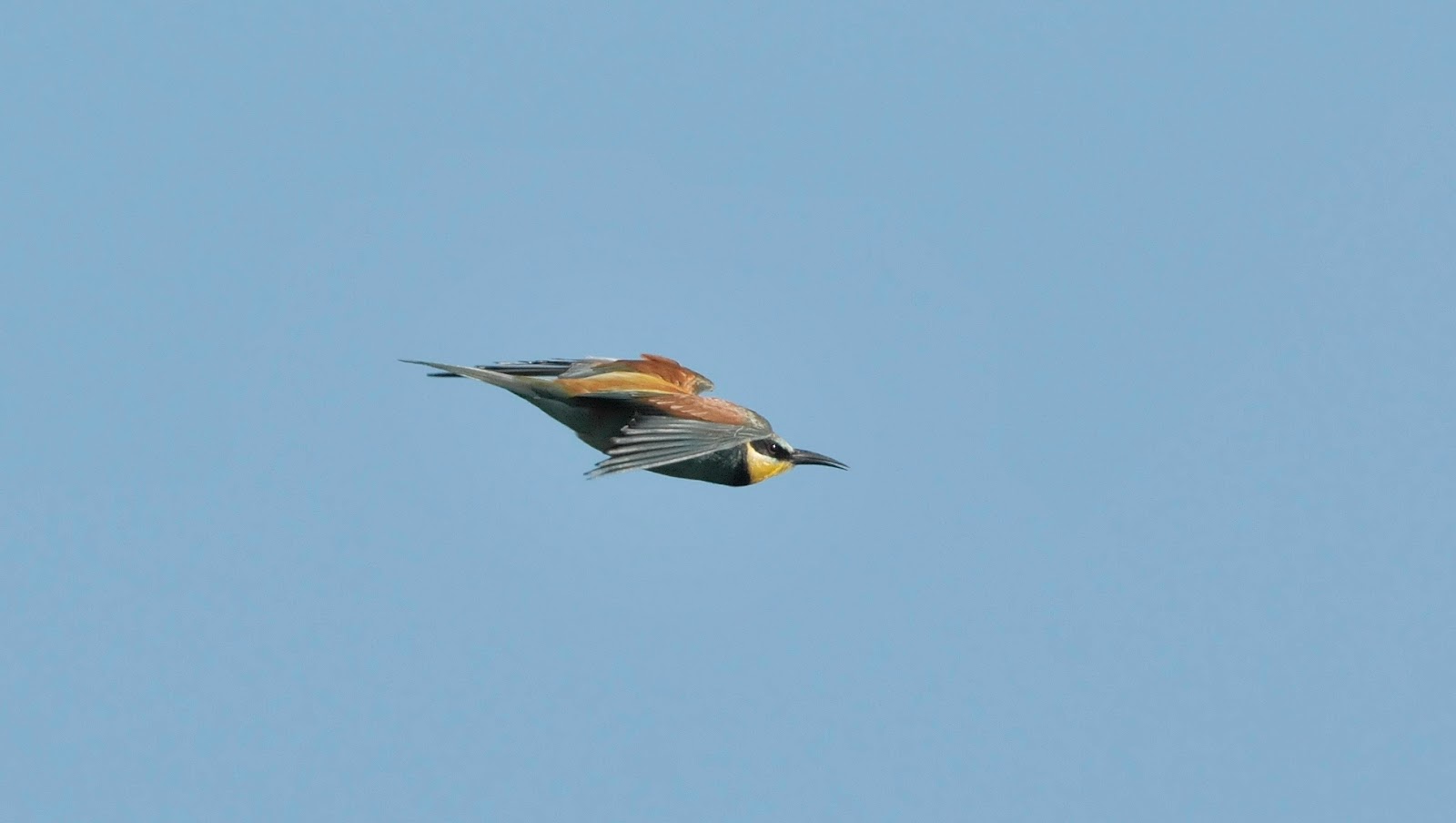 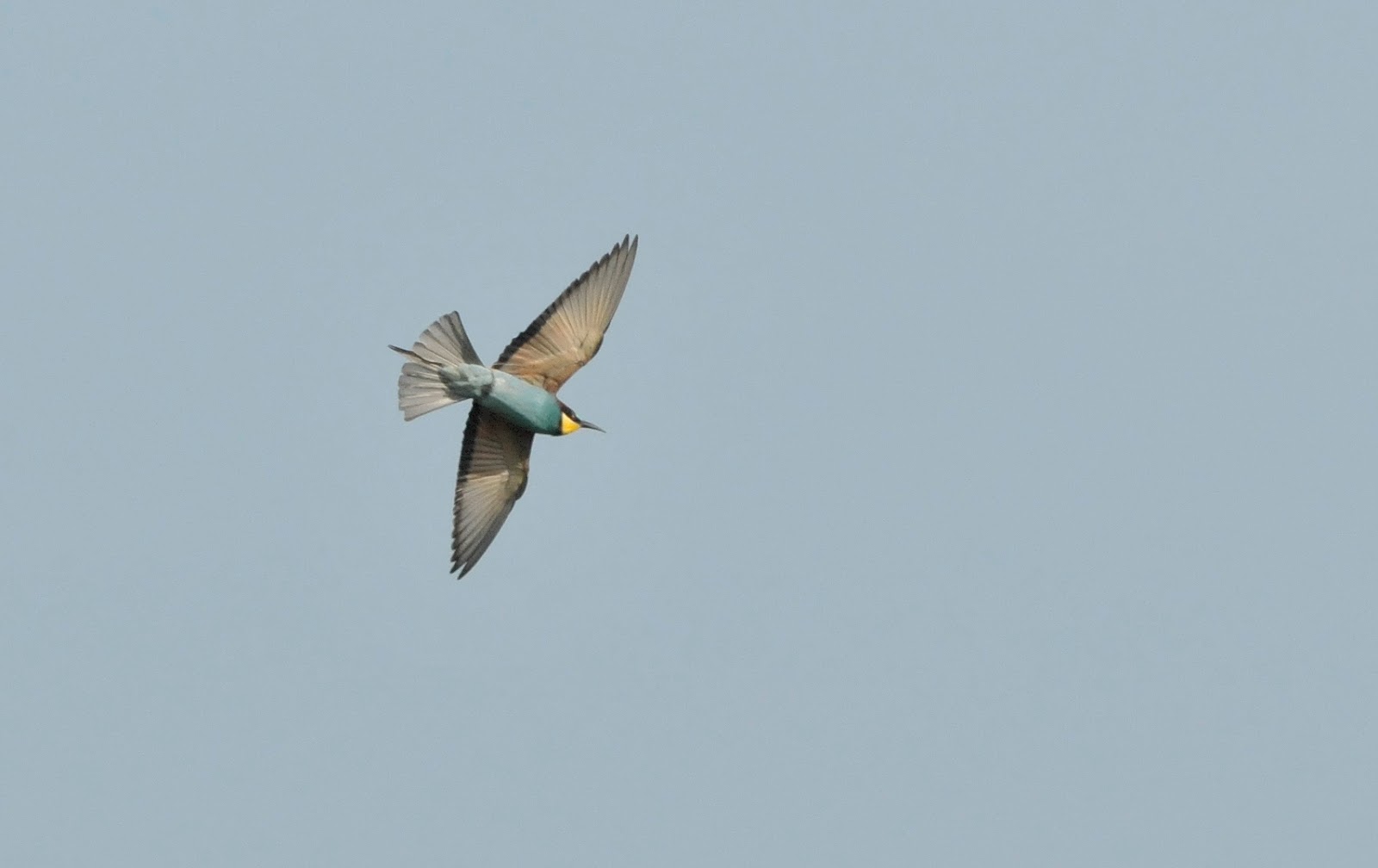 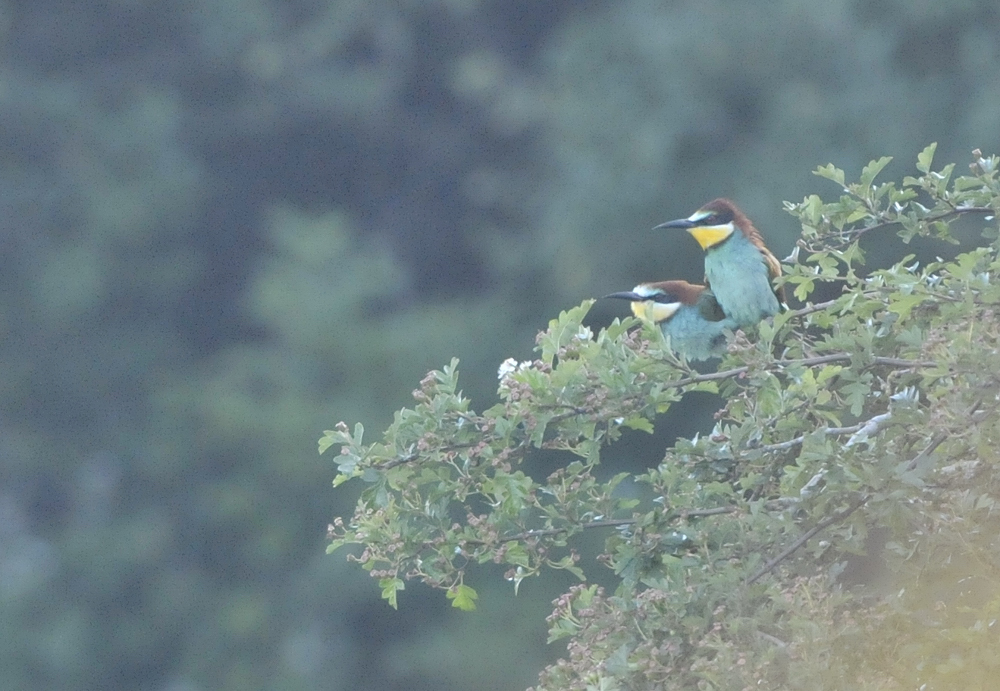 This male Great Spotted Woodpecker was seen visiting my neighbours garden, it would announce its arrival by the loud calls and normally land on the telegraph pole before moving to feed in their garden, it visited mine briefly but preferred the sheltered position of theirs more. Later in the month it was joined on its feeding forays by a young fledged bird, it would stay close to the male before heading for the cover of the clifftop trees. 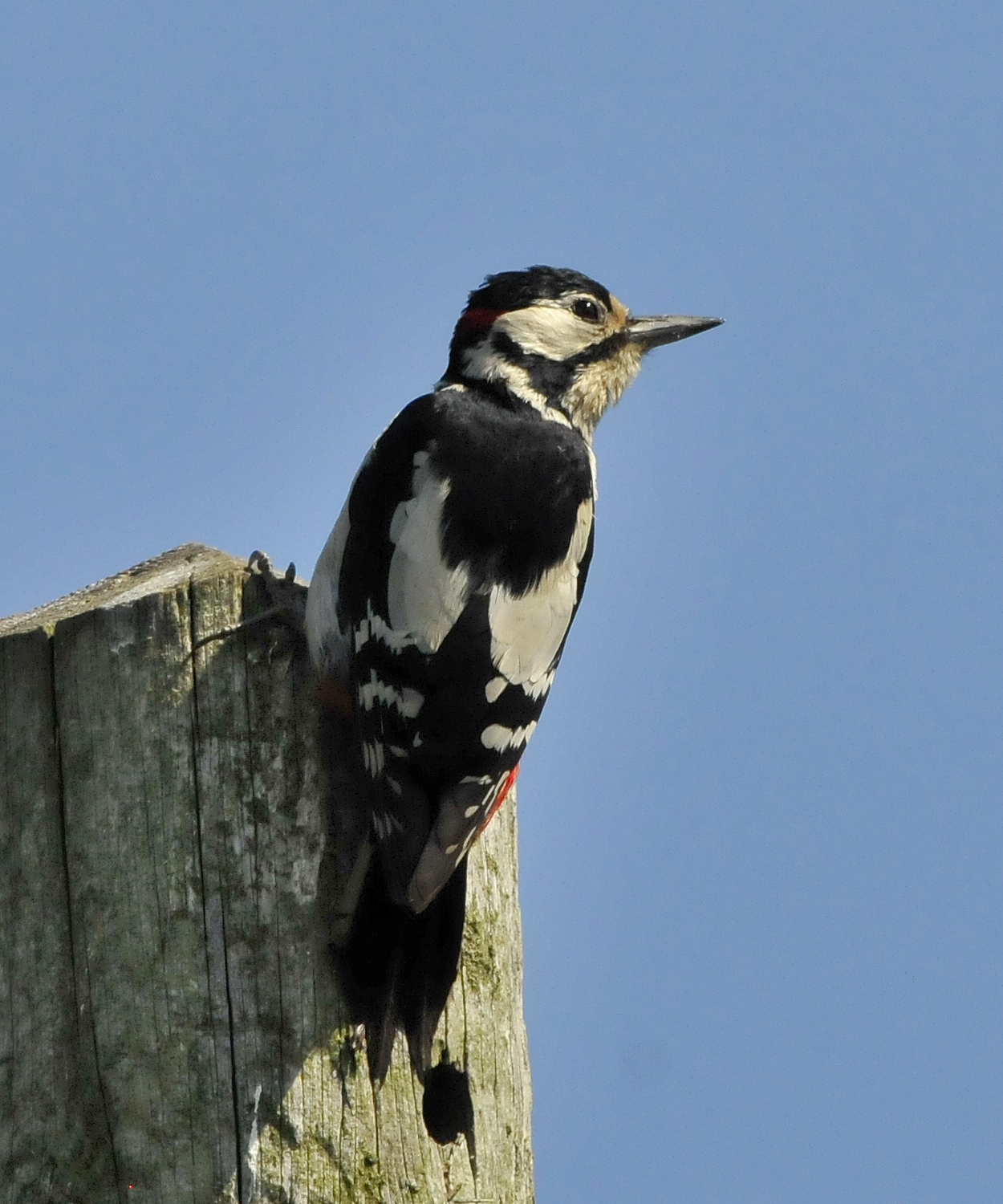 With the warm spells the numbers of butterflies increased, we started to see Ringlets and Meadow Browns by the end of the month. Small Tortoiseshells seemed numerous. Common Spotted Orchids could be seen along the clifftop path and slopes. 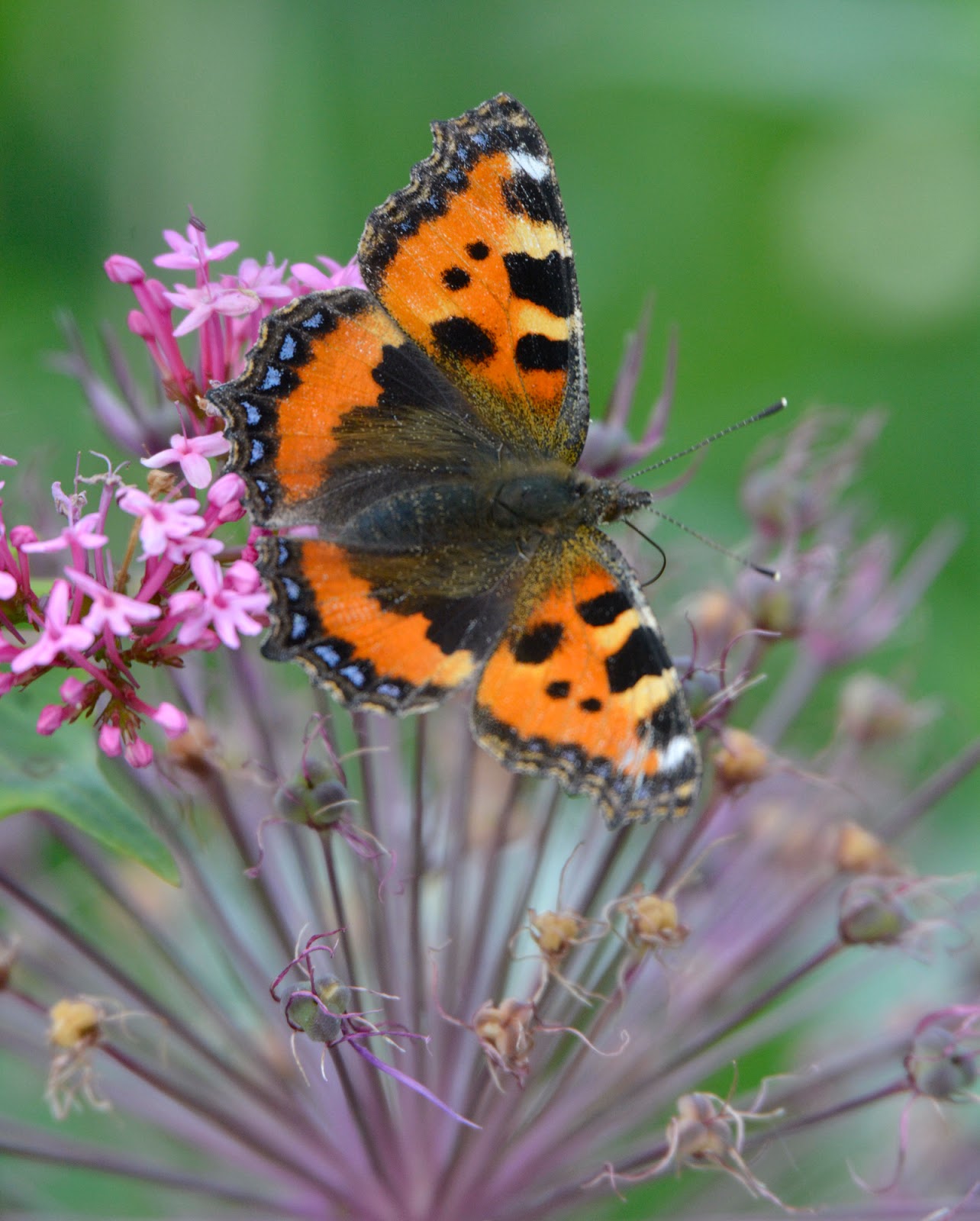 On the 12th I watched 6 Red Kites pass over the house all together, an unusual sight at this time of year I hadn’t seen before with them all heading to the west.
A group of 4 Med gulls passed over the house, two adults and two younger birds. 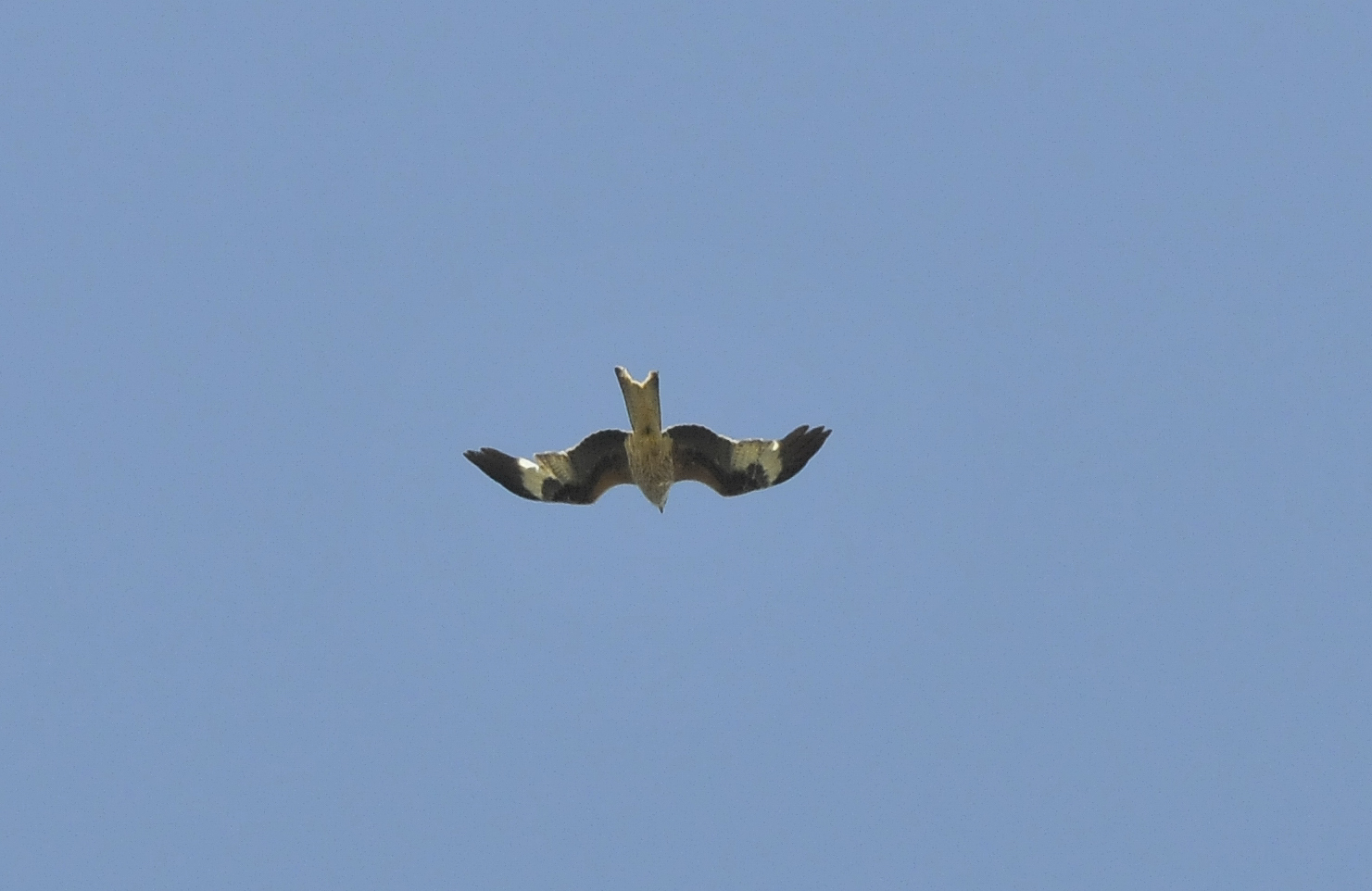 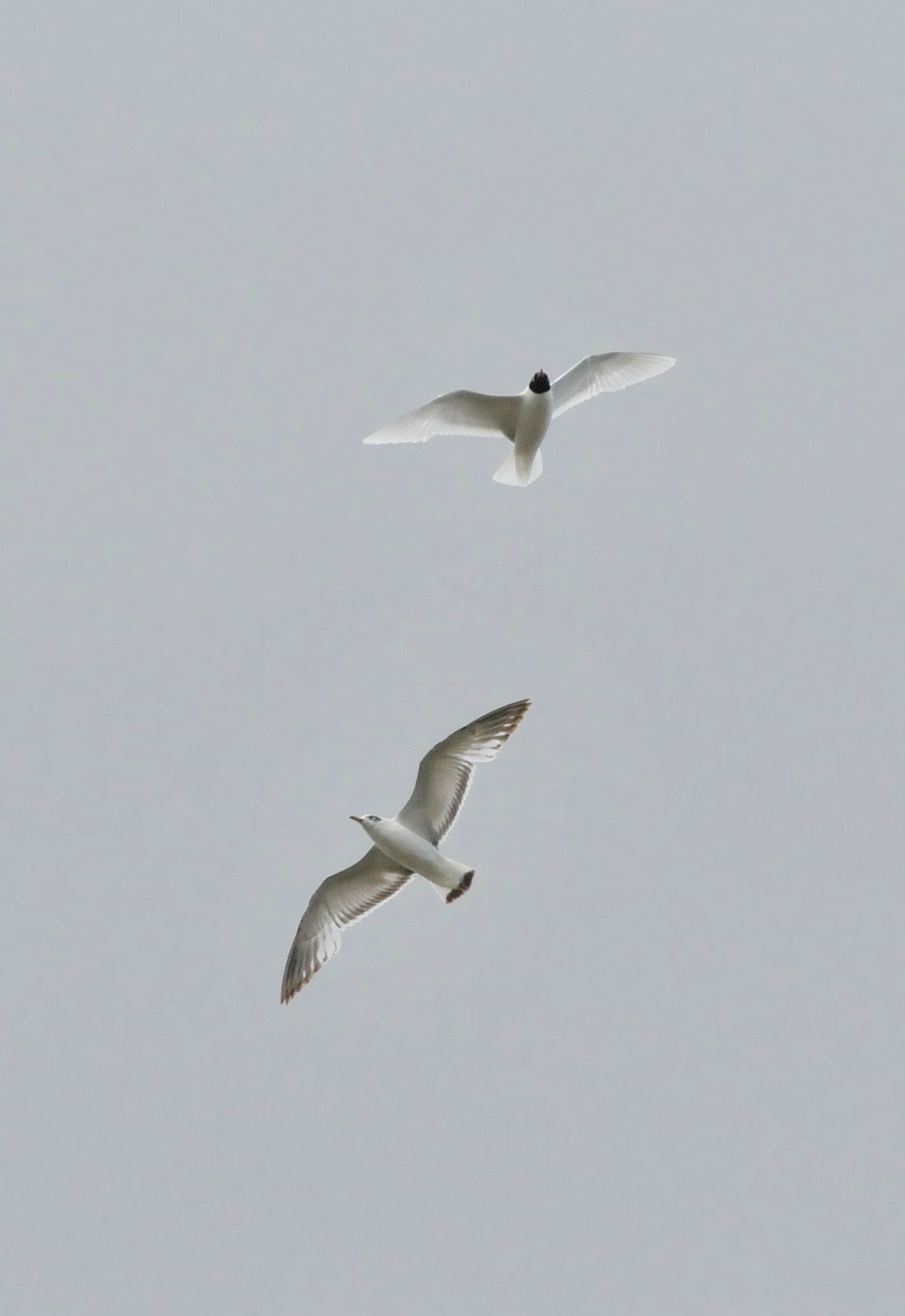 And lastly Hummingbird Hawkmoths, there was a large influx of these little beauties in the garden throughout the month, with numerous sightings through the day they had to be different individuals, I could tell by some photographs, state of the wings, these were not all the same moth and I heard a report of 15 in one nearby garden. A very good year for these little moths. 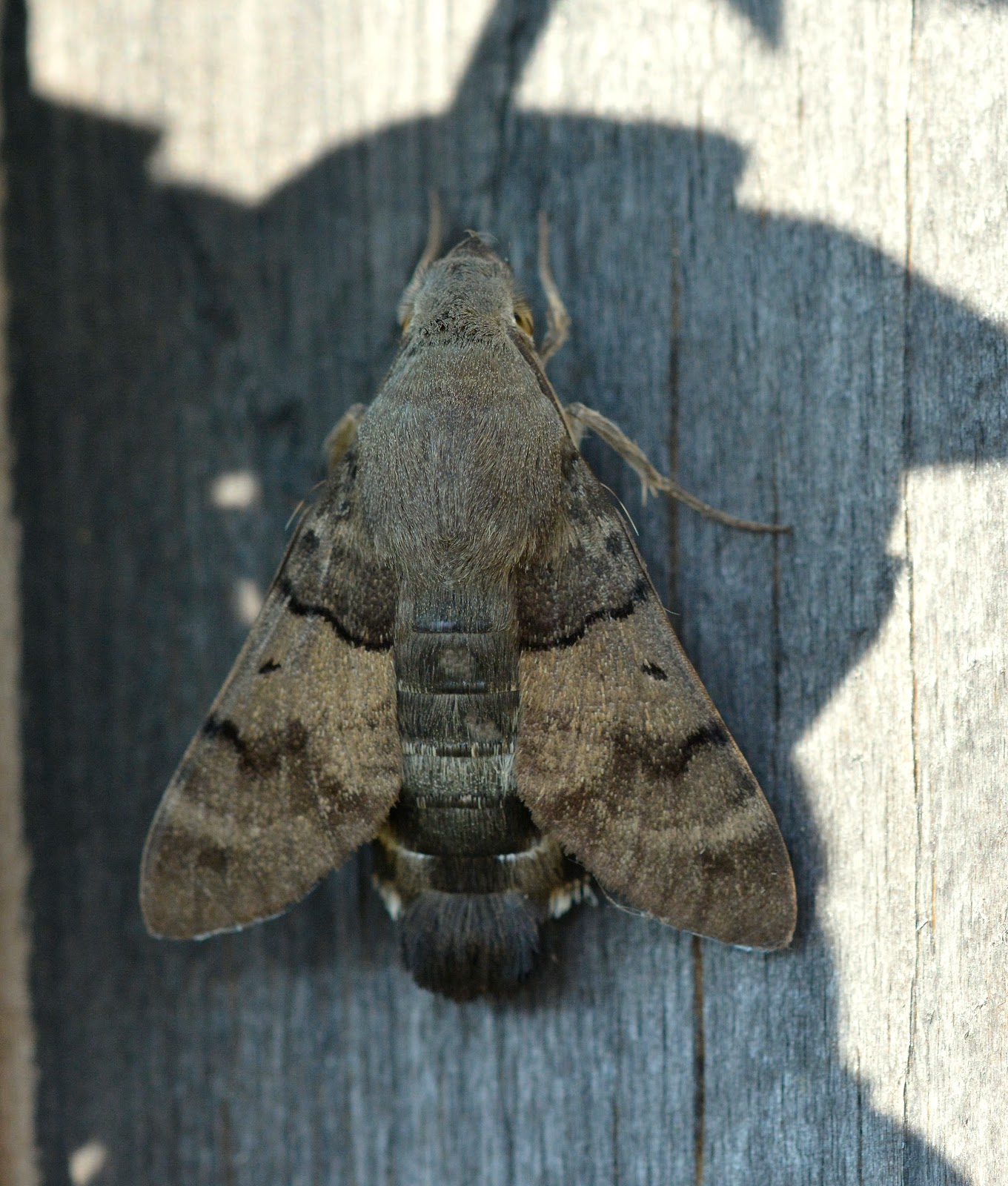 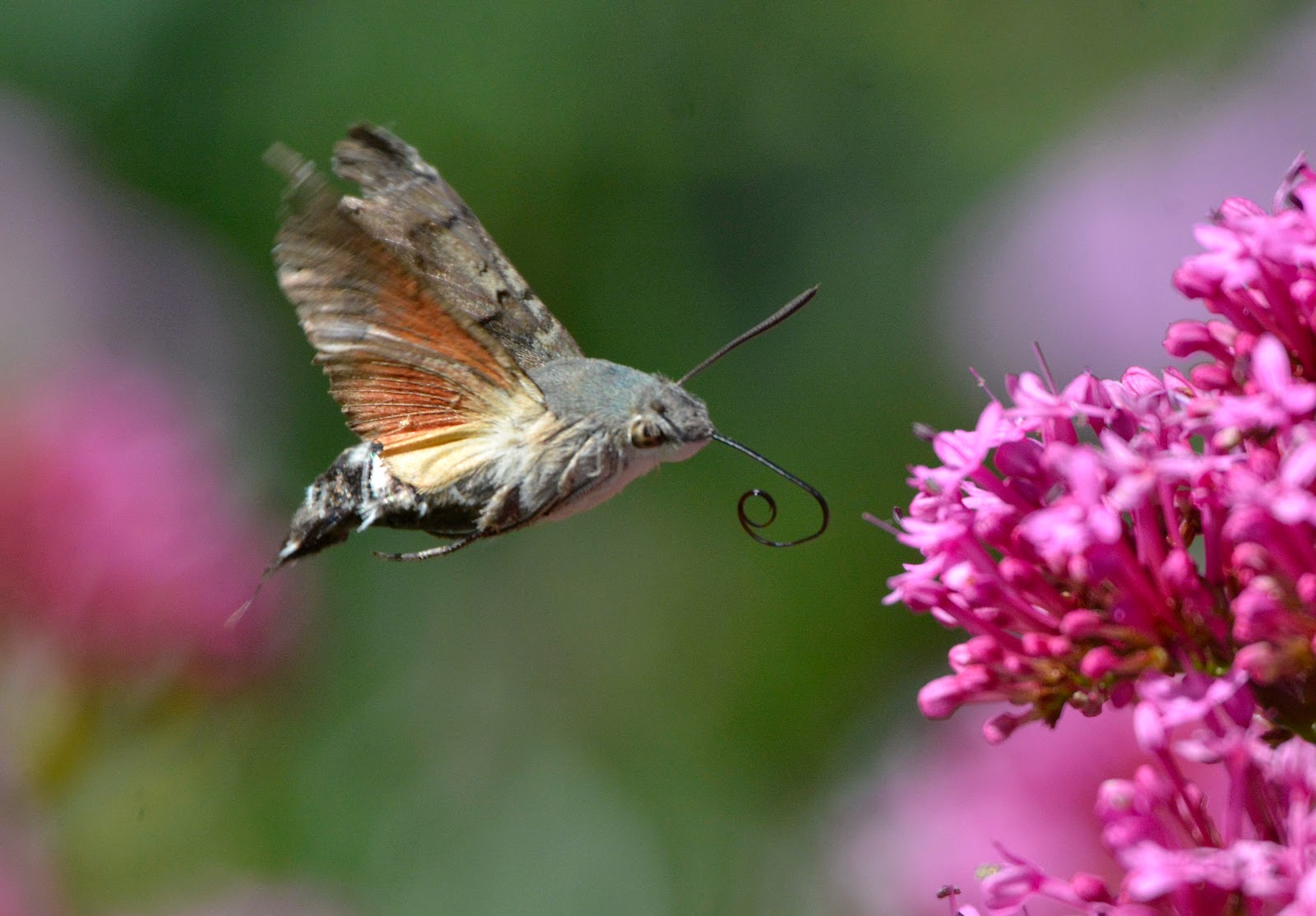