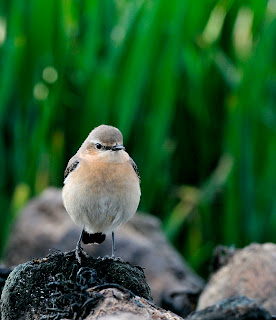 I spent a couple of hours out soon after first light, hoping for some Barn owl images but although seeing one I was not able to get any shots. 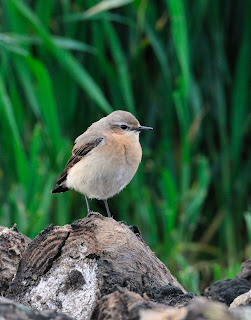 I checked the middens and there was a fair amount of activity, although at that time of the morning the light is fighting against me and so I was happy to get some early morning pics of a female Wheatear that was still present. 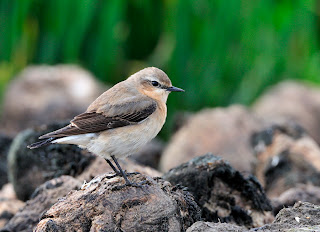 She posed well on some beet piles whilst feeding. There was a male bird further along as usual but he was not near enough to photograph. 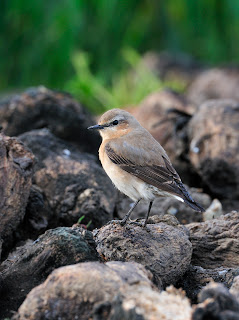 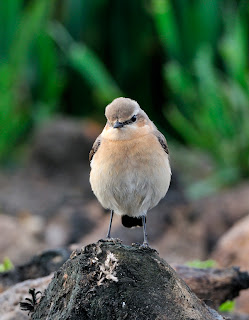 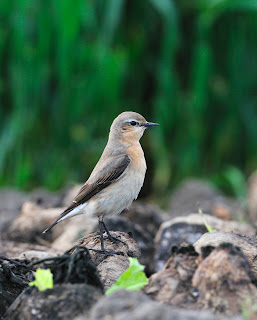 A pair of Grey Partridge came close enough to have their photograph taken, the crops looked over saturated when the sun shone on them, really vibrant but a great contrast against the grey of the partridges. 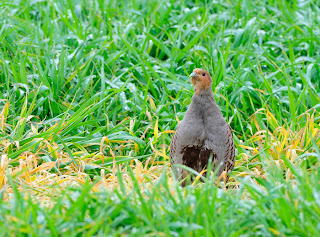 There was a lot of Hare activity going on, mostly pairs of adults and a couple of younger ones, but they were all too active and whenever I slowed down I would just get a view of their backsides disappearing into the crops. 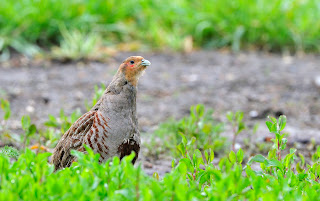 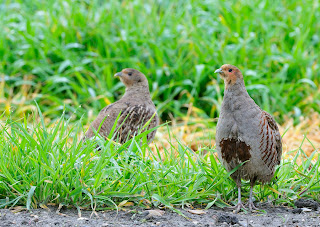 A Little owl was seen out hunting as well as a good number of Common Whitethroats. 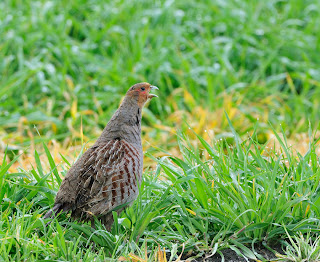