What a morning! Parrot Crossbill and Two-Barred Crossbill. Kent Oct 2013. 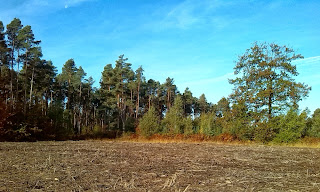 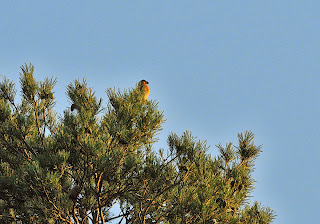 With the influx of Parrot Crossbills I just had to try and connect, and so with a forecast of sun and no wind I set off at 4am to pick my Dad up on the way. Our destination was Hemsted Forest in Kent, where there was also a Two-barred Crossbill present. We were the first to arrive and after a short wait for the light to improve we set off. Straight away we had Crossbills flying overhead. And it wasn't long before ourselves and another birder picked out a Parrot Crossbill to the east of the clearing. I then noticed a Crossbill near the track leading from the car parking area, after listening to recordings of Parrot and Two-barred the night before (cannot remember songs at all) we realised we were also looking at the Two-barred Crossbill, remarkably it took flight and landed next to the Parrot Crossbill!!! It was too far for a image against the rising sun but we had good scope views before they departed. All within the first hour....that doesn't normally happen. 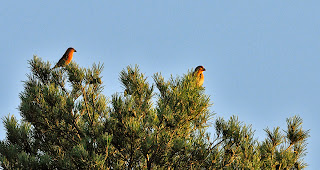 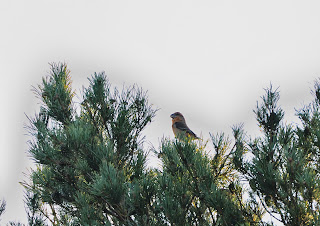 Moving along the tracks we encountered 2+ Parrot Crossbills and although they never came too close, we could still make out that enormous bill. It then turned out to be a sit and wait job, as the groups of crossbills roamed around the forest. 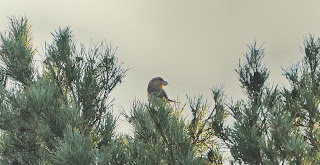 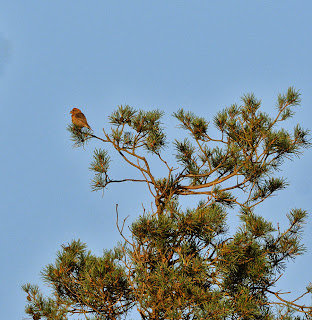 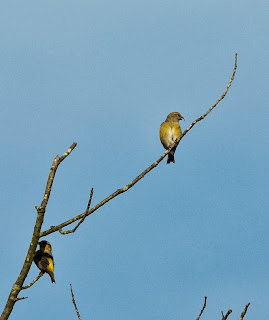 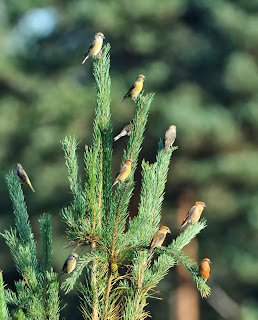 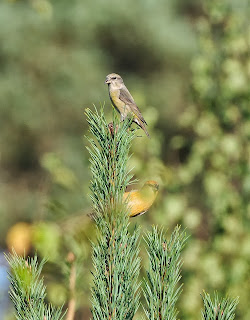 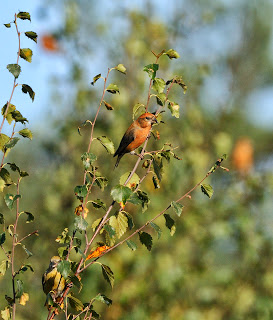 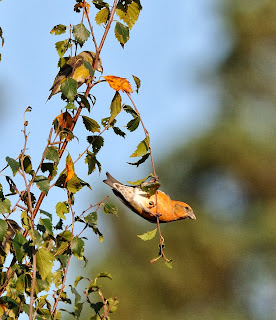 As a large group of crossbills landed in a nearby oak tree, we all scanned but could not pick out any Parrot's, but they then decided to land in a small plantation along the track and so I quickly headed off to get at least a couple of record shots for the blog. As I was taking some images I then realised that the Two-Barred Crossbill was in the group!! I managed to get off a couple of shots before the flock took flight back into the north eastern corner, taking with it the Two-Barred. Wow what a lovely morning, a new species and a Two-Barred also, and with the glorious weather came a lot of birders, no doubt all of them connecting with one if not both birds...if only all birding trips ended successfully. 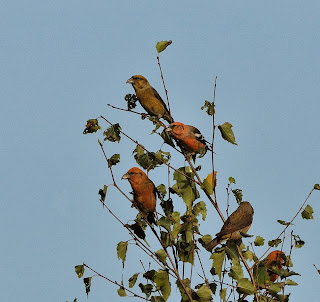 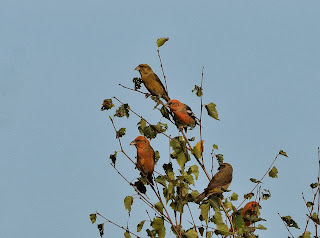