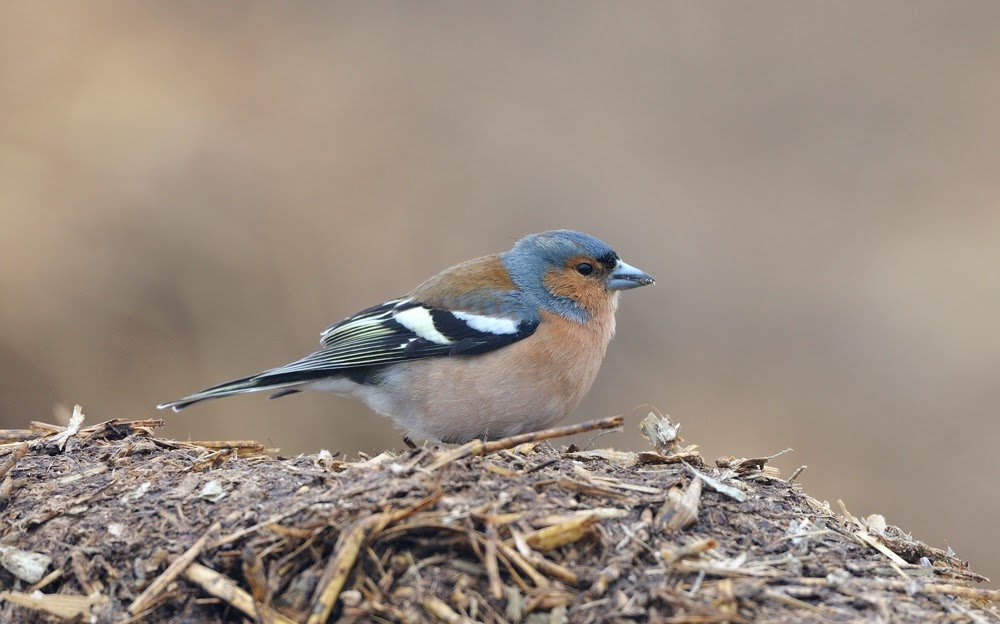 With my kitchen being decorated, once again!, I knew I was going to be busy helping my friend Mark with the work so I decided not to get any sleep after my last night shift and head straight out. I was only going to stay local and thought an early Wheatear could be possible. And sod's law upon finishing work I was greeted by foggy conditions. So I waited at home for it to hopefully lift and just over the hour later it seemed to of diminished a tad so I headed out. Of course no sooner had I left the village that it seemed to be more dense where I was heading. 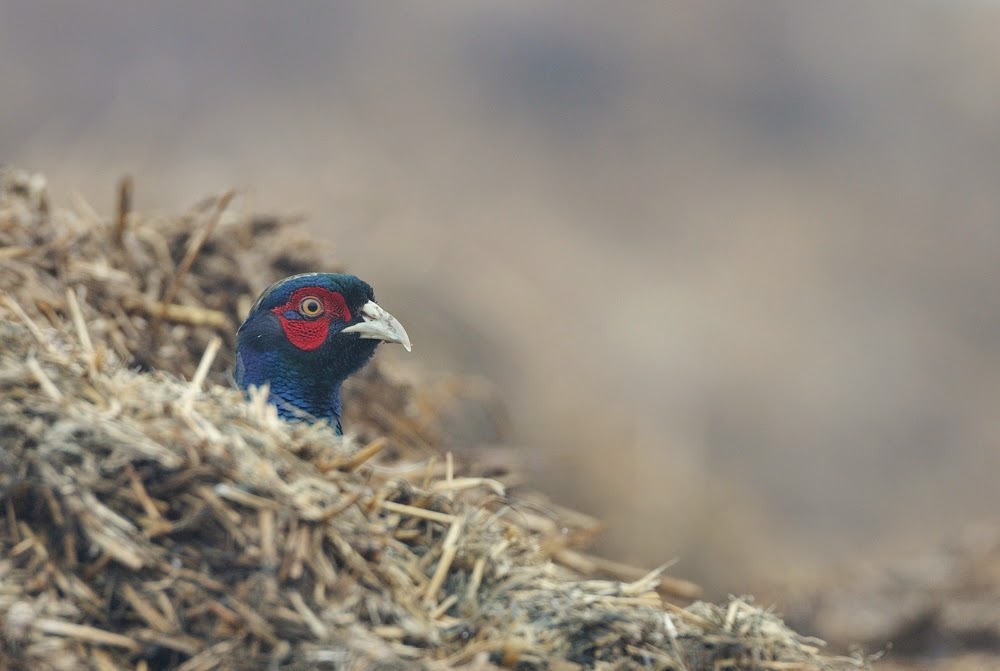 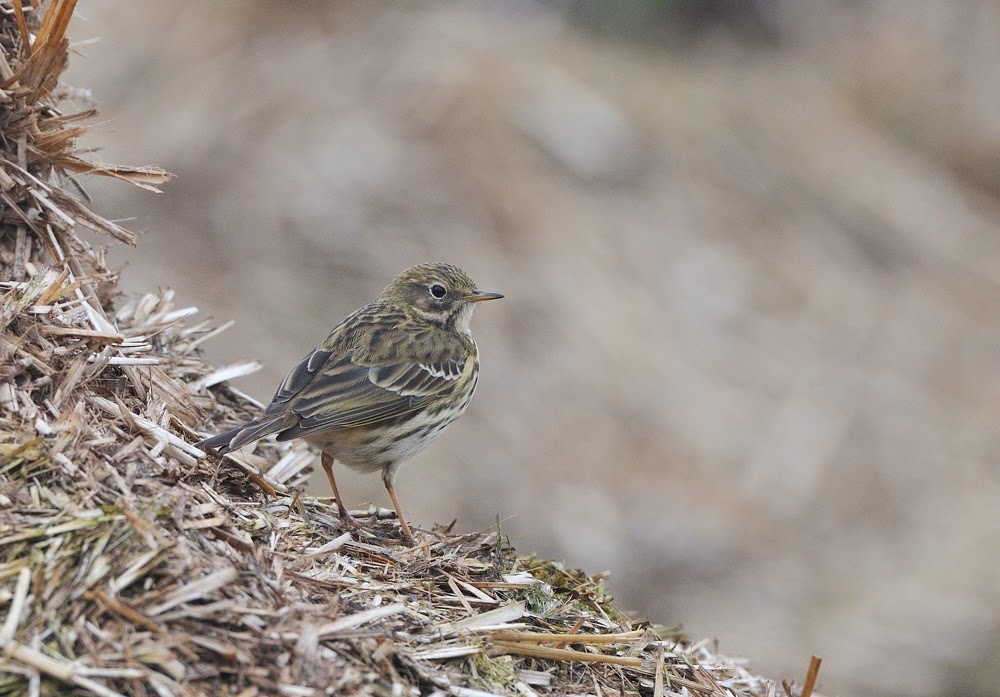 With the sounds of Skylark above and Corn Buntings rattling away the fog slowly eased away. I didn't find any Wheatear but there was a large number of Meadow Pipits busily feeding, so I at least had some birds to photograph.There was some difference in the plumage, with some quite white and slightly worn and some very fresh with rich buff tones on the breasts and throat areas. 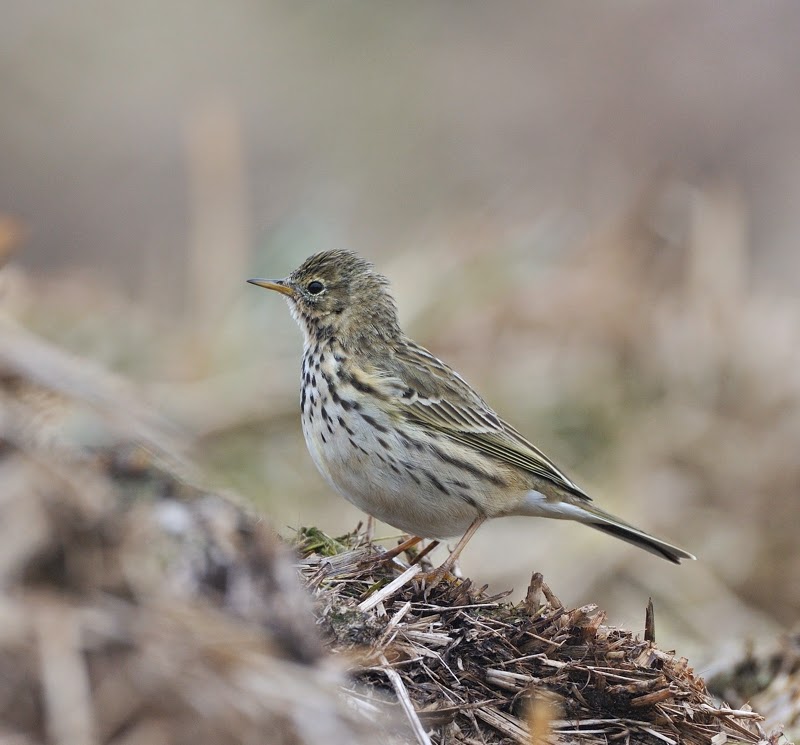 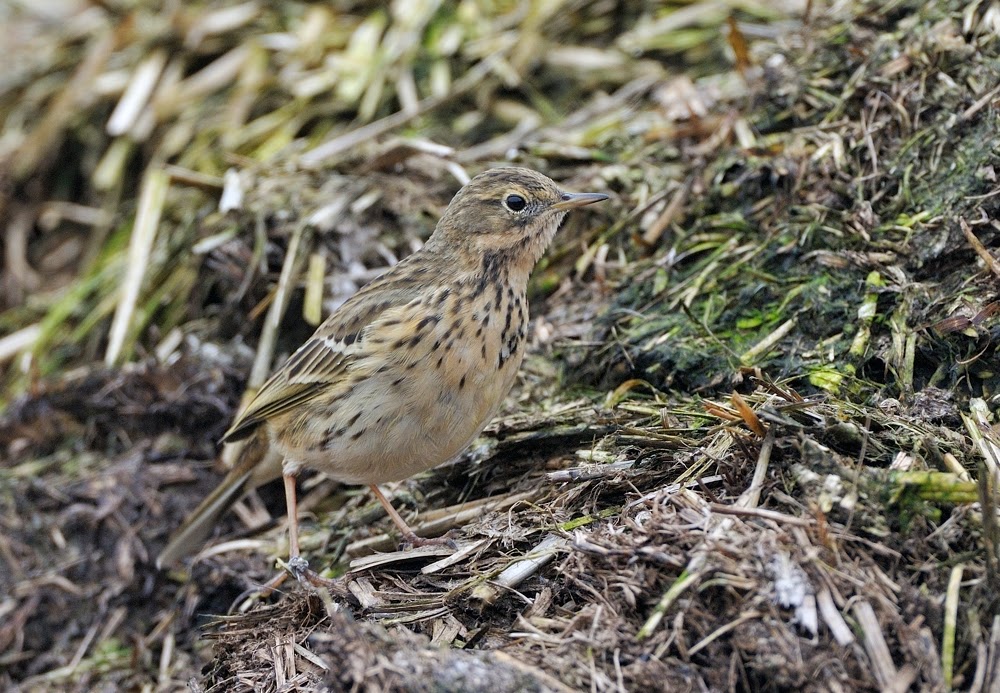 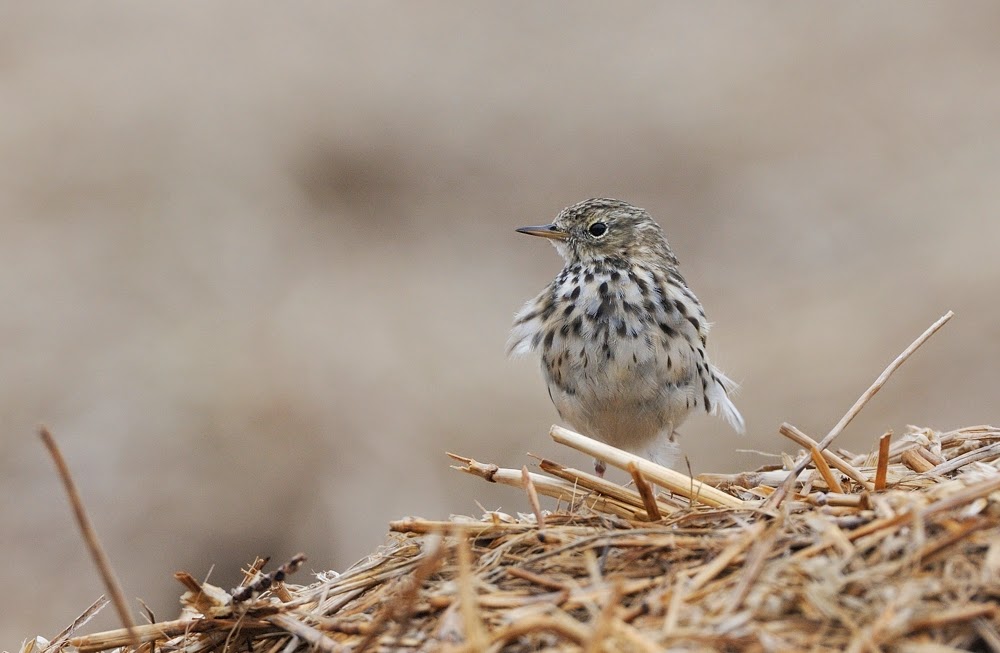 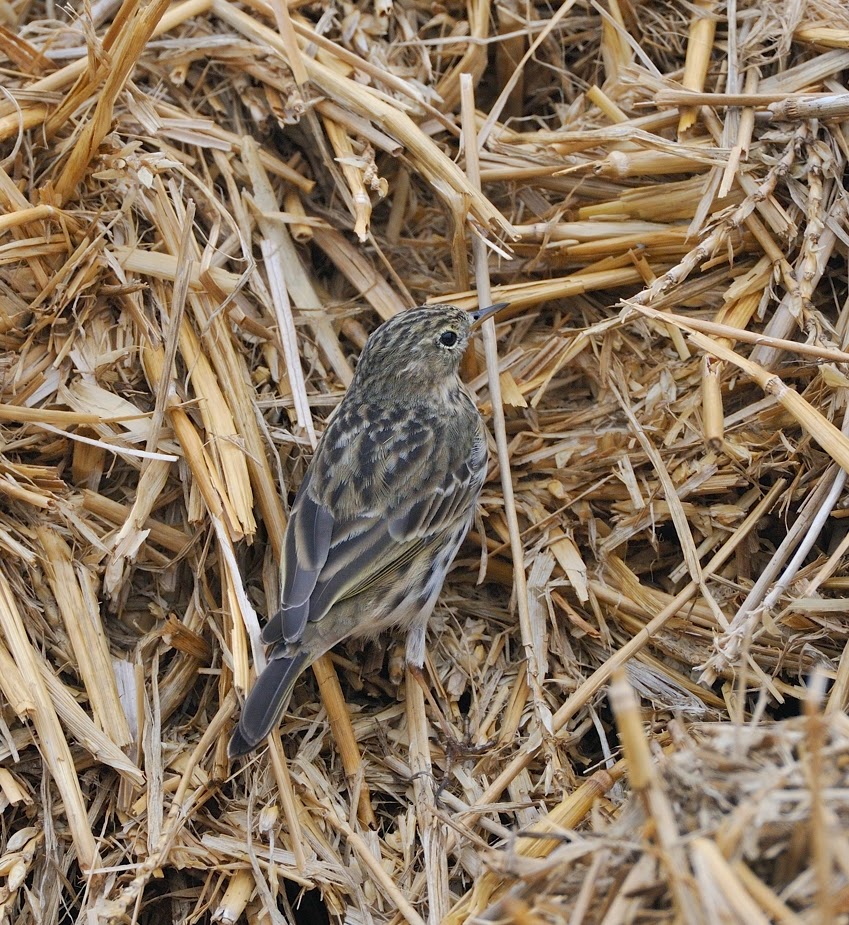 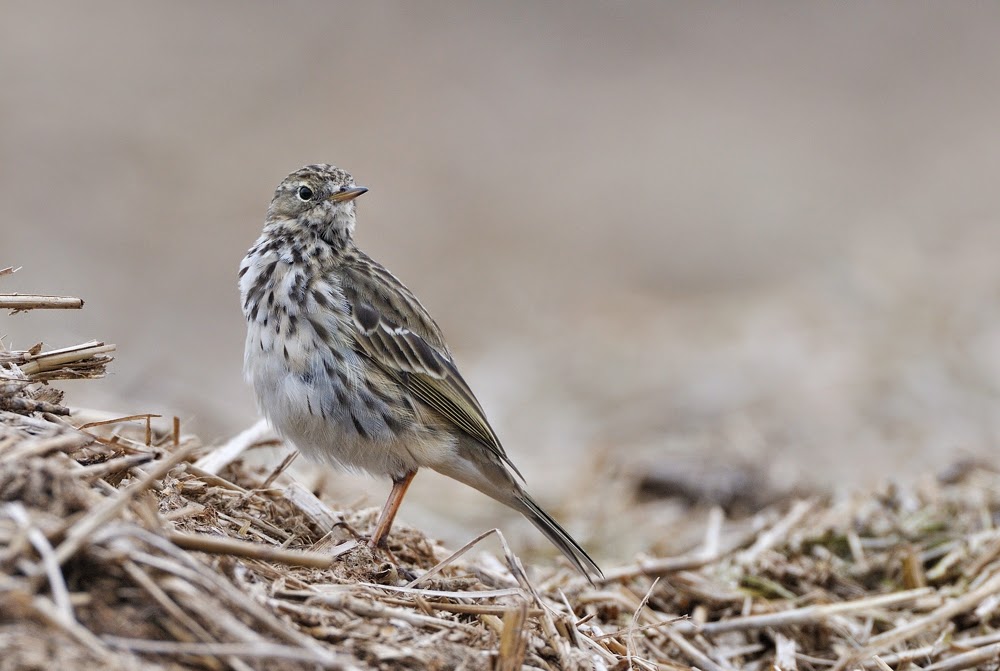 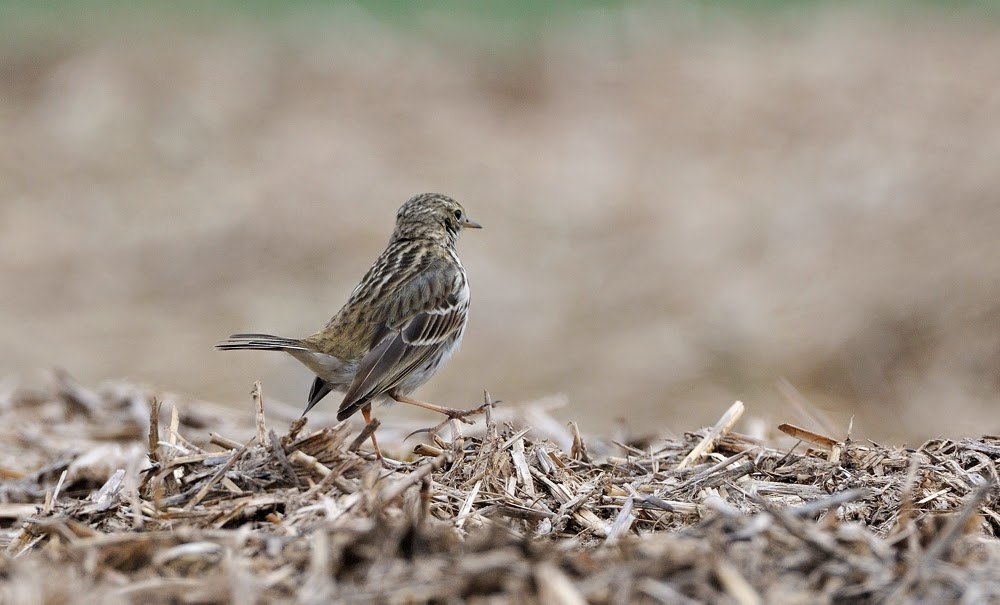 This individual was actively displaying to prospective females that ventured close to him, a funny squat, flit up and scurry around in a circle movement. 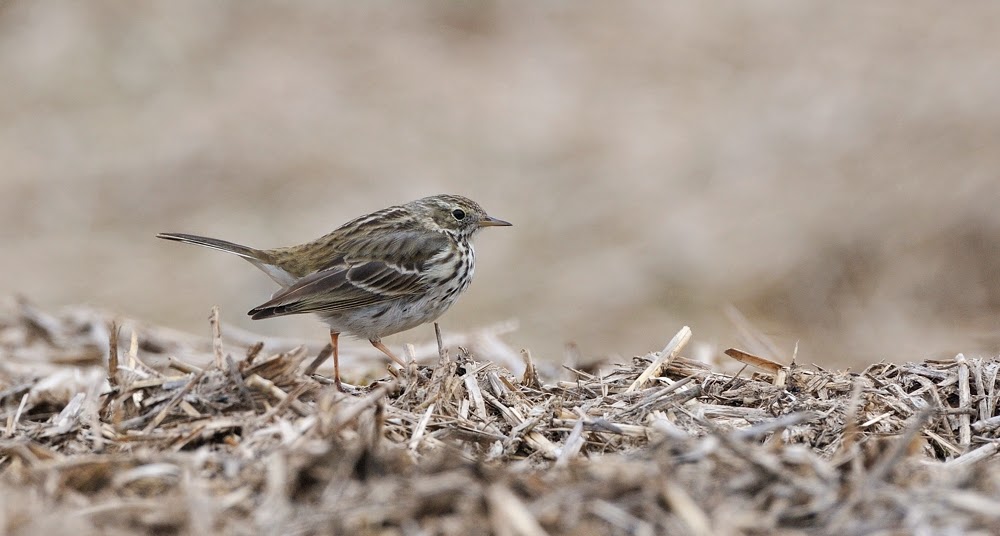 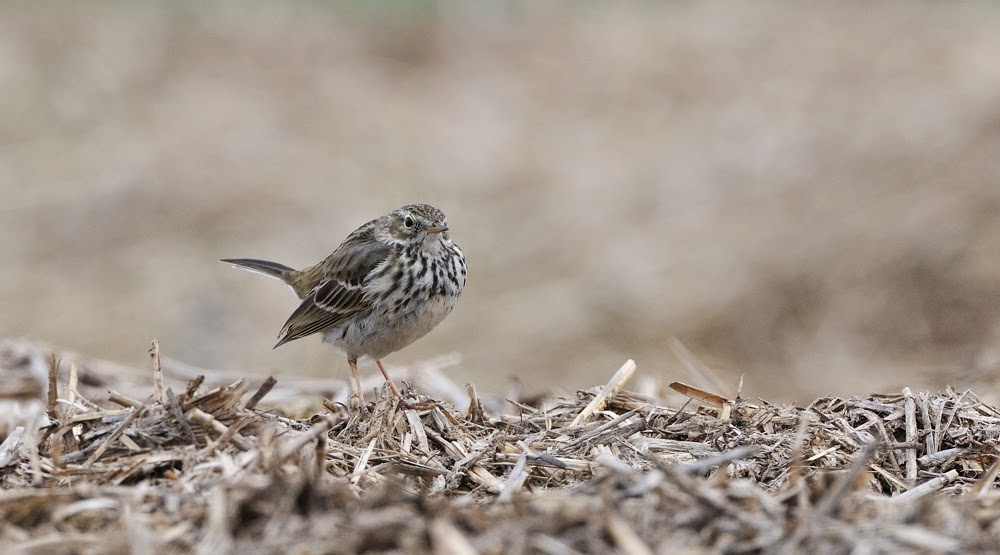 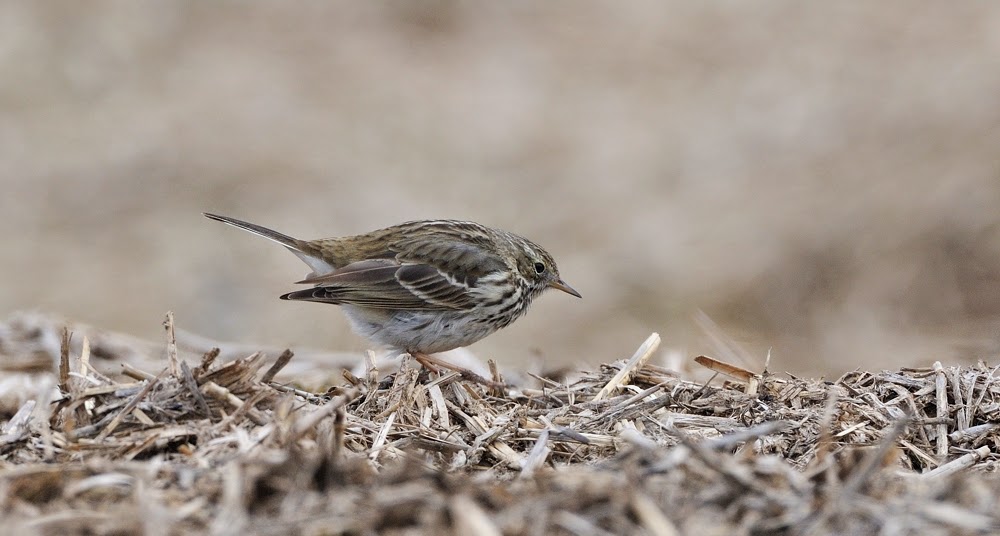 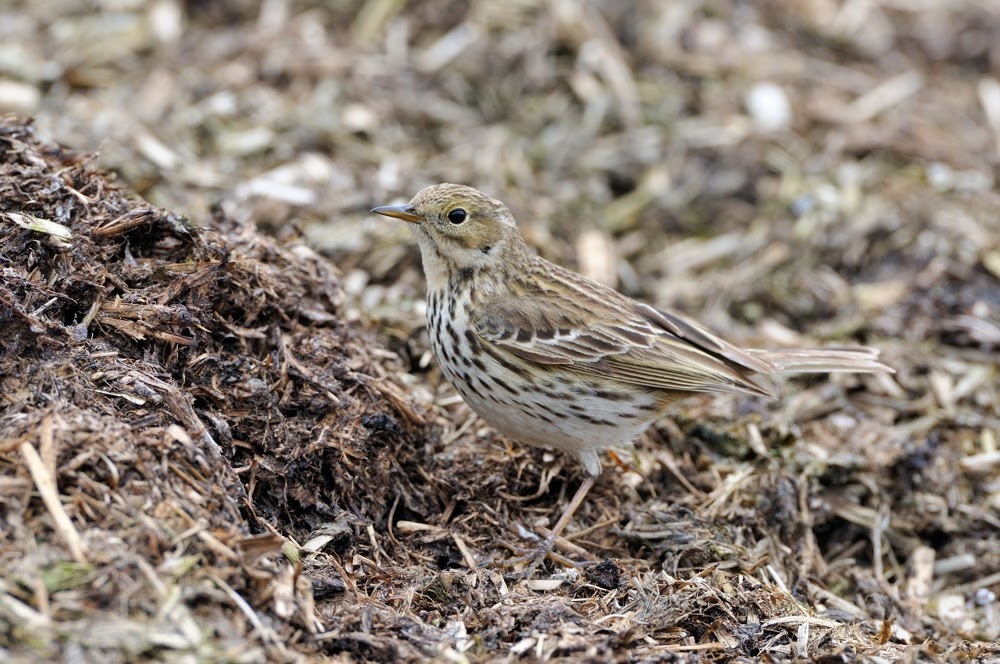 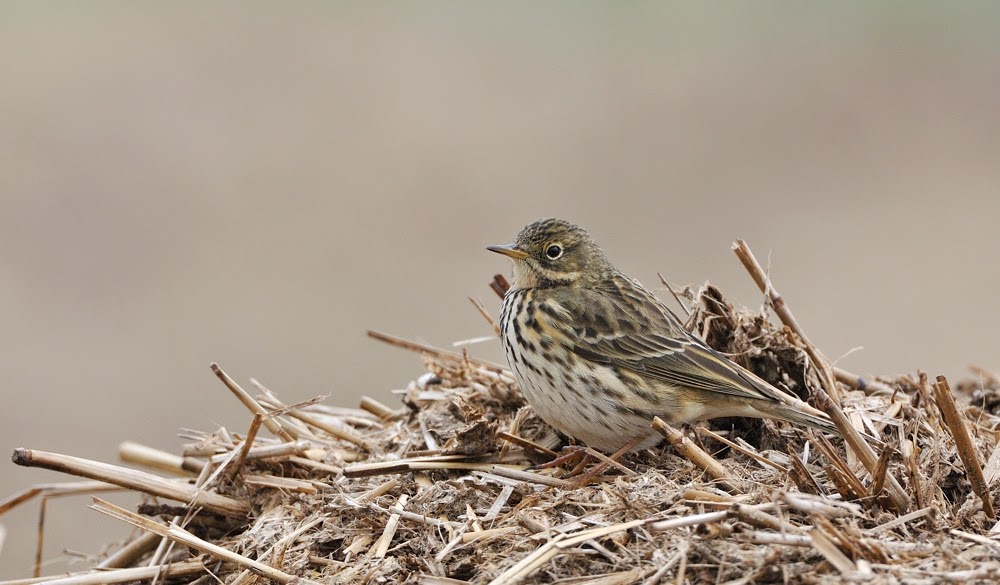 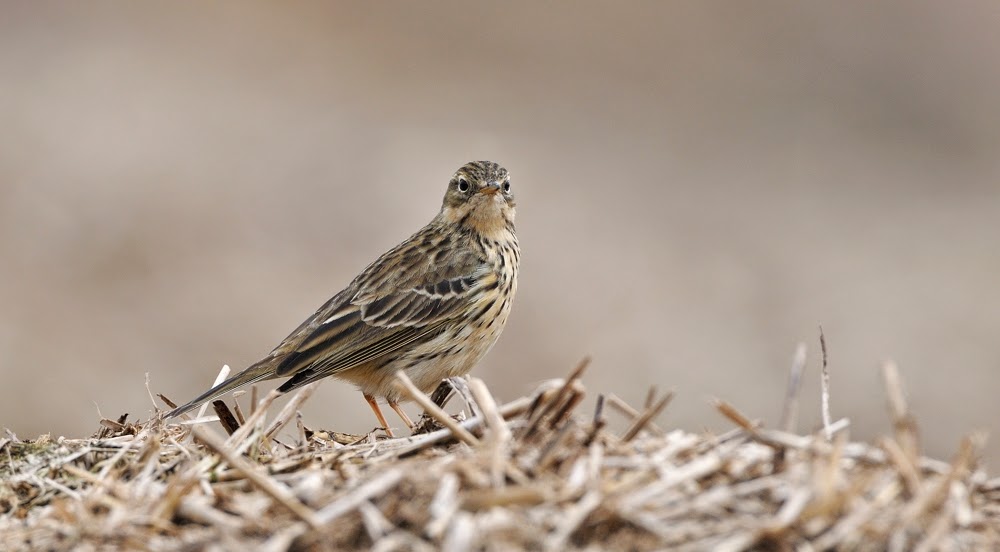 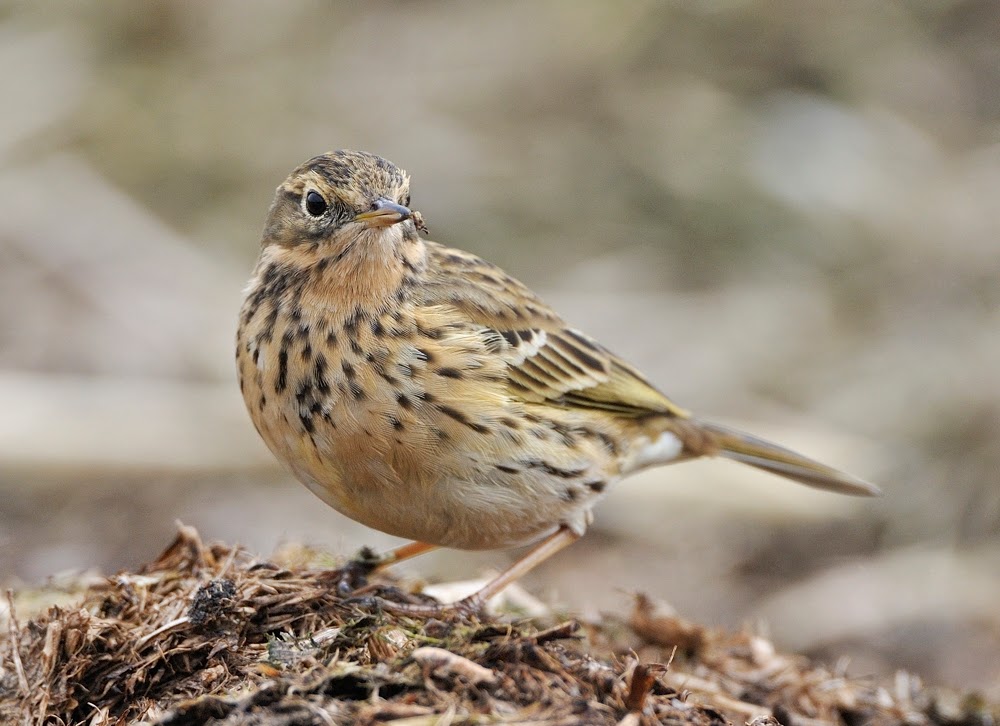 After a while the Pipits were approaching closer and closer, at times I couldn't focus and had to be happy just observing them.  And as an ending note I am pleased to say that I spotted a newt quickly swim into hiding when I checked the pond a few days ago. 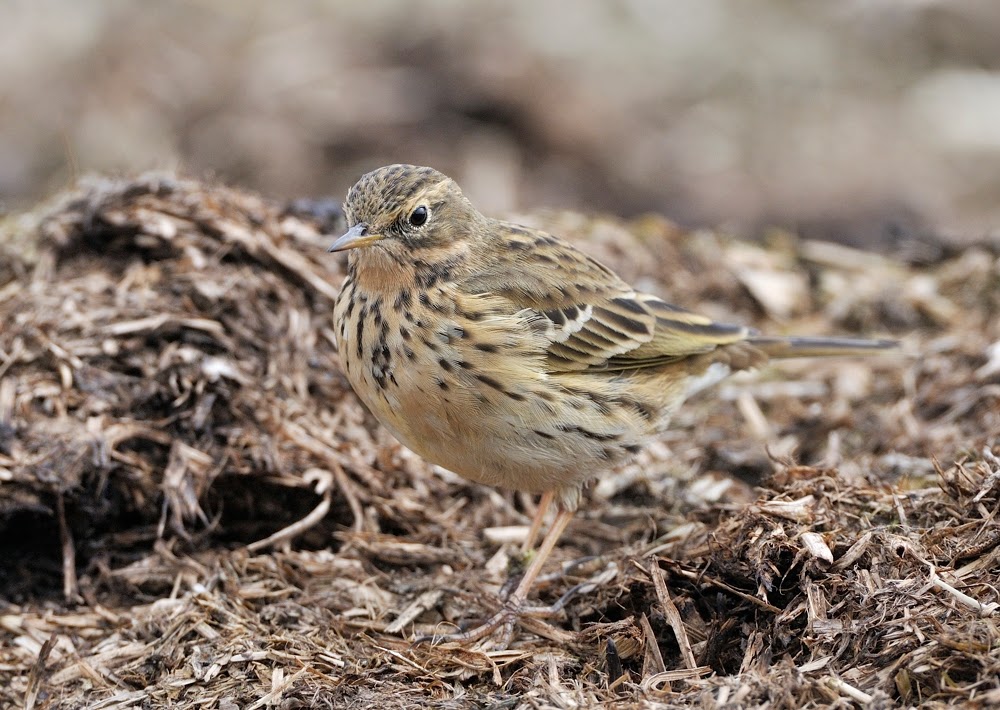 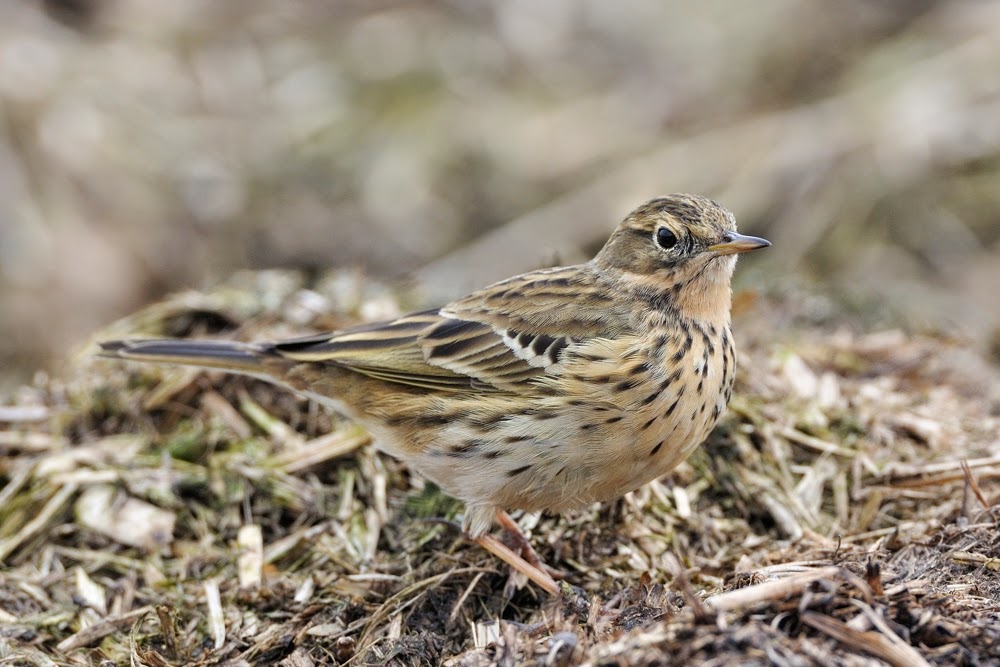 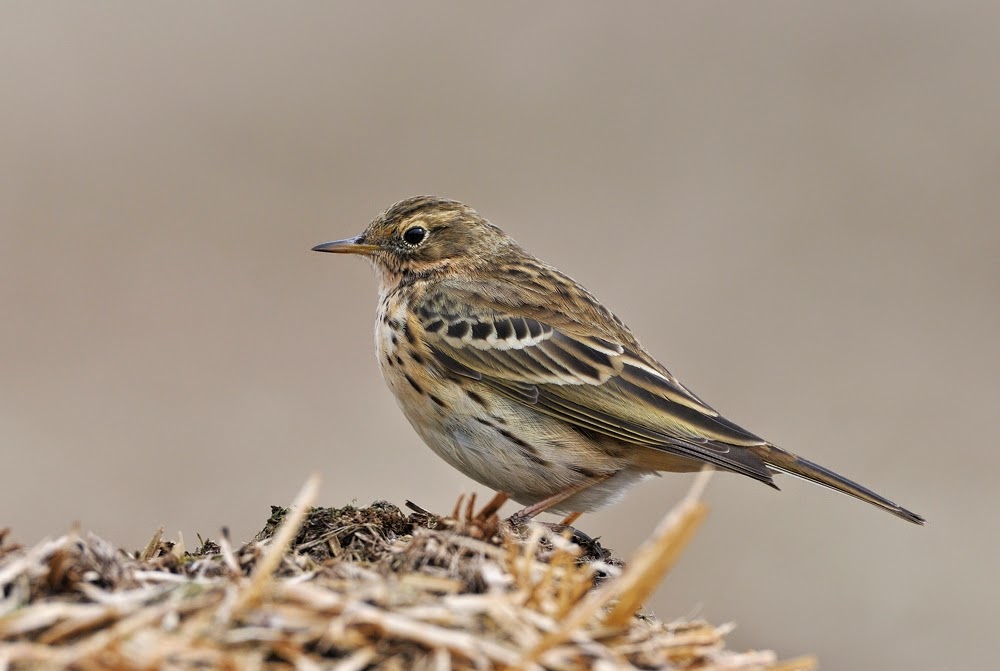 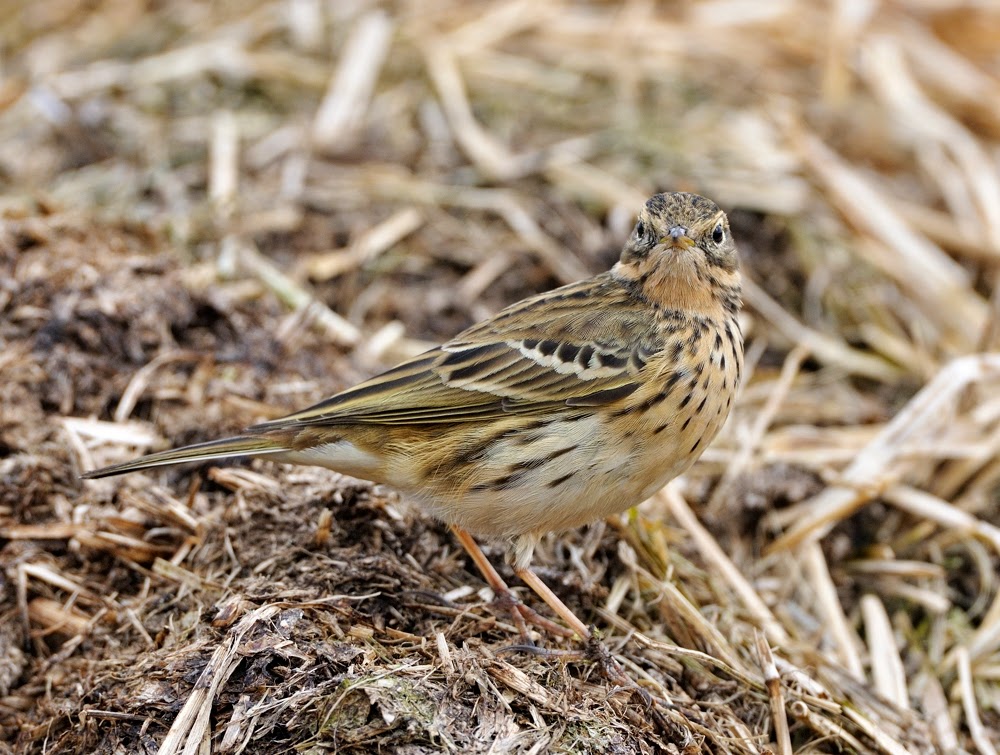