Spring had finally arrived as we moved into April, a lot of birds were on the move and because it was decent weather a lot of migrating birds probably headed straight to their breeding grounds, missing out on stopping here. The male Brambling was still visiting the garden during the first week but seemed to have moved on after that, but not before having its picture taken. 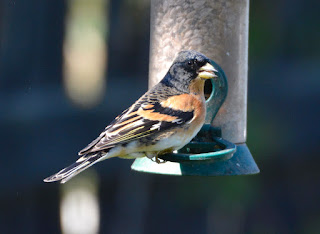 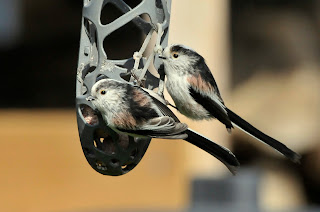 The garden birds were still busy as ever and some were attending to their nest and young by the amounts of food they were carrying. The Long tailed tits didn’t seem to have started nesting yet as they could be seen together every day together, always making their presence in the garden known by their trilling calls. 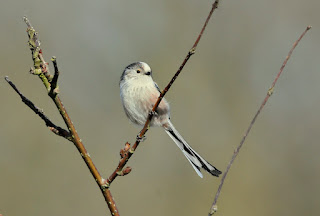 The Dunnocks, normally 4 of them, busily displaying and trying to impress the female, they were forever chasing around the garden and on the lawn. 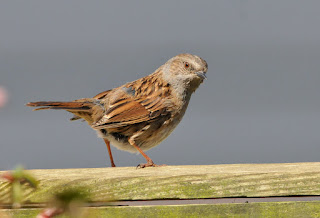 On the 11th 2 Curlew flew over the garden. The 12th was a great day, on the morning dog walk I finally caught up with a Wheatear this spring, and this male was in the company of a female bird too, extra bonus. 2 Swallows started of a slow trickle of birds heading up the coast, so nice to see them back again.
With two species in the bag for the year as it were’, the 12th was far from over. During the afternoon whilst scanning the skies from the garden I glanced just behind me to see a large raptor spiralling high, once I got my eye on the bird there was no mistaking I was watching an Osprey! It slowly spiralled higher and further out to sea towards Sidestrand, what a bonus. 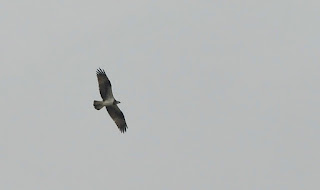 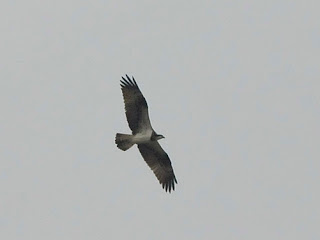 But that wasn’t the end of my day….. a new garden tick presented itself on a neighbours roof, and one I had been waiting to get since moving here, a Black Redstart. 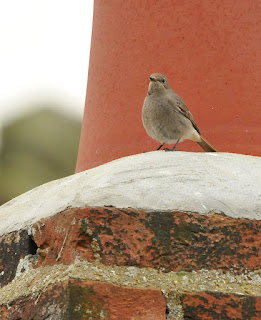 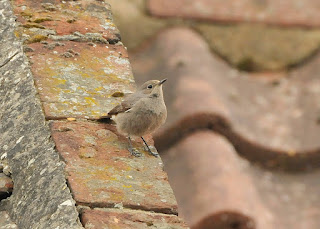 Now the 12th could end !
The next day I saw and heard 2 Blackcaps singing, they had finally arrived. We saw 2 Fieldfare pass overhead whilst walking the dogs. Swallows still passed albeit single birds and a House Martin was the first of the year. It was lovely to see and hear new species arriving each day. On the 14th I saw 2 Willow Warblers, one was very vocal and very showy, typical as I didn’t have the camera with me. A Common Whitethroat on the 15th was the first of quite a few to be holding territory around the village by the end of the month.  House martins were soon to be seen over the village and feeding over the fields near the village hall. 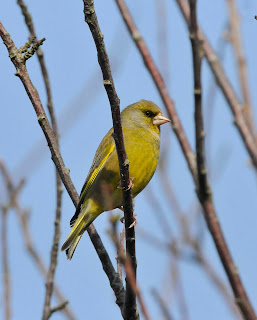 What a stunning colour on the Greenfinches  at this time of year.
On the 16th a female Marsh Harrier flew south past the house, easily told by the dark brown plumage and pale creamy hood.
Most mornings after the dog walk I would take time watching the skies for birds moving over before getting to work in the studio. On the 17th the walk produced 6+ Song Thrushes and more Common Whitethroat, 6 Jays were part of a wave that moved across the north coast area. From the garden I set up hoping to see something, and I ended up spending most of the day watching the skies, I had 21+ Buzzards pass over the garden, one of those got the heart racing as it very much resembled a Rough legged buzzard, but some plumage traits didn’t quite match up so it was relegated to Common, they are so variable in their plumage you think you’ve found something different. A smart bird nonetheless. 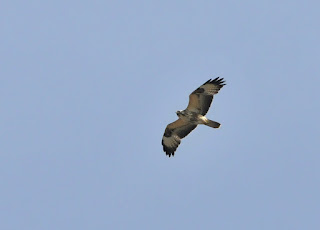 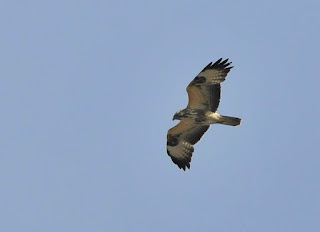 The day was a raptor day for sure as I also spotted a female Hen Harrier heading inland. 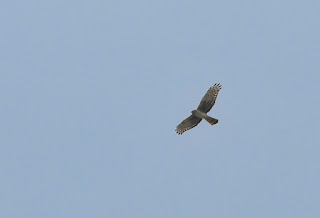 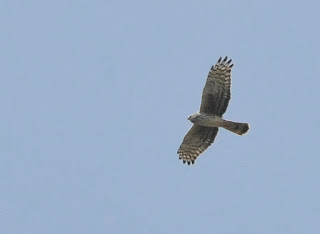 On the 18th I hoped for more raptors moving over, not quite as many as the day before but there were a handful circling on the thermals, one in particular was a stunning pale Common Buzzard. It seemed to stay in the area nearly all day, displaying and calling to nearby buzzards and putting on a great display over the house. 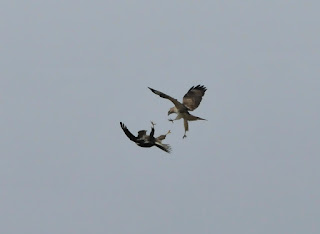 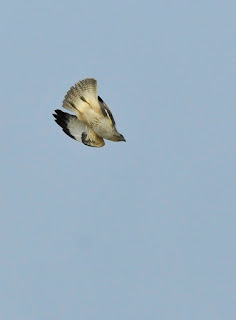 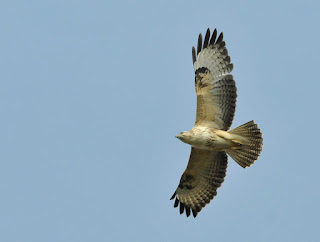 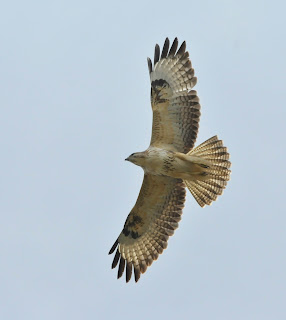 Sadly after the weather took a drastic turn for the worse, with cold winds and temperatures coming from the north and straight in off the sea it seemed to stop everything moving and indeed made it difficult to see any bird! There was nothing of note up to the end of the month and a real downer after such a promising start, but thankfully what a great start it was.
Posted by mike lawrence