It was looking like a very quiet report for February, the weather and especially the winds was horrendous, there didn’t seem to be a let up until the month neared to an end. Amongst the storms there were glimmers of change and the approaching spring. The daffodils were growing well along the lanes and ditches, one area will be less populated with flowering daff’s though as the farmer had decided to cut a whole length of bank just as they were gaining height and showing buds, why it couldn’t of been cut a lot earlier is only known to them, it didn’t really need cutting and wasn’t near a junction for viewing, all they had to do was look to see all the new growth and life emerging!

But more pleasant to see were the snowdrops everywhere, the celandines were once again growing, the flower heads pushing up through the leaf cover, hopefully with some decent spells of sunshine the bright yellow flowers will soon be fully out adding colour to the lane verges. 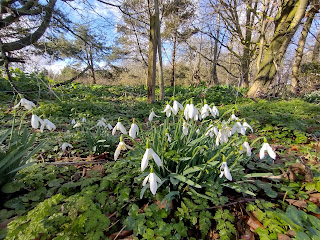 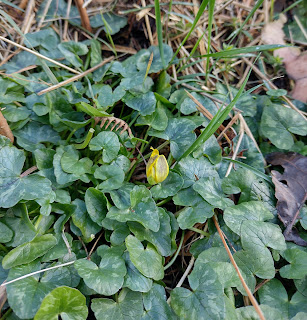 Red Kites were still being seen from the garden and over the fields. Groups of Pink Footed geese were only seen passing a few times and not in great numbers. during the first half of the month I found 2 male Reed Buntings on overhead wires whilst out walking with Sarah and the dogs, the next day there were 5 Reed Buntings seen, these could be local birds or early movers, a nice sight to see though through quiet times. The hares were more noticeable during the month, already chasing eachother around the fields. On the 21st I saw my first butterfly of the year, a Peacock.

On the last day of the month whilst walking the lanes we came across a Stonechat flitting along the hedge and feeding in the field. With a lack of images for the month, due to the weather, I decided I would return with the camera hoping it would still be in the same spot, fingers were crossed as already the local Yellowhammers seemed to be moving it on whenever it settled. A short time later I arrived back where we had found it but I couldn’t locate it, perhaps the yellowhammers had seen it off their patch? Thankfully not much later I relocated it catching insects just along the adjacent lane. I spent some time watching it move from perch to perch busily feeding on the insects which the morning sun had seemed to have brought out in decent numbers. The Stonechats are a lovely bird with a nice orange colour to the underparts, a nice sight to see and know that changes are happening now we have reached March. 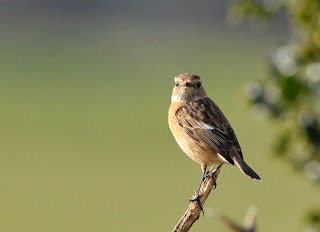 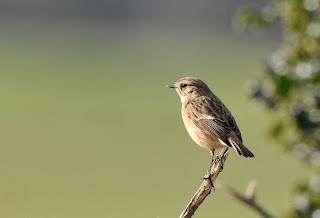 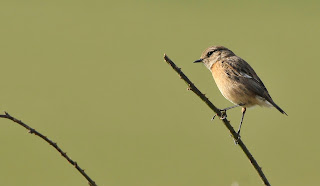 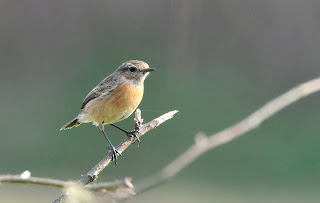 Stonechats can be a very confiding bird at times. As I headed home I noticed the flock of Yellowhammers coming down to puddles to drink, carefully approaching to within range of a record image I tucked myself up against the hedgeline and waited, just a couple of birds put in a brief appearance before the flock dispersed due to people and vehicles approaching. But the Yellowhammers are a stunning bird, the yellow colour on them can be so vivid as seen here. A wonderful end to the month. 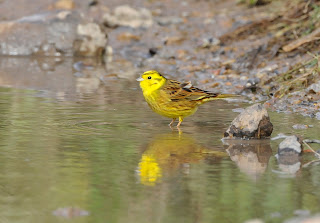 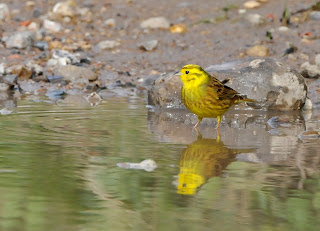 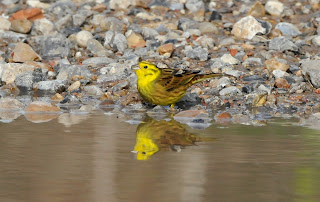