Depending on the weather there were definite signs of migration starting and signs of spring. I had regular sightings of Common Buzzards and Red Kite most days at the start of the month. Small groups of birds tracked along the coast heading east/southeast, mostly made up of finches, especially Siskin, I had a different bird to the previous one feeding in the garden which is always nice to see, they are such a lovely little finch.

Two things that signify spring to me are sounds of a Chiffchaff singing and the sight of butterflies on the wing. On the 10th I saw my first Brimstone butterfly of the year, followed soon afterwards by a Peacock. I had to wait until the 15th before I heard a Chiffchaff singing in the trees behind my garden. On a morning walk Sarah and I noticed the leaves of the Early Purple Orchids just starting to emerge from under the roadside vegetation, and there seemed to be good numbers again too.

Early evening on a mid-month day mid month I received news of hundreds of Blackbirds passing over Sidestrand heading east/southeast, I looked and although most were flying at a height I did manage to see double figures flying along the coast and alighting the trees around the house. It’s great to witness migration events as they happen along the coast here. 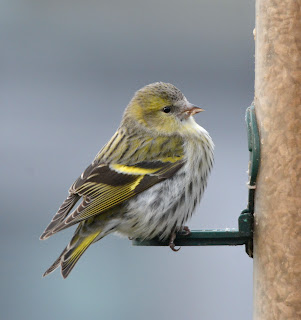 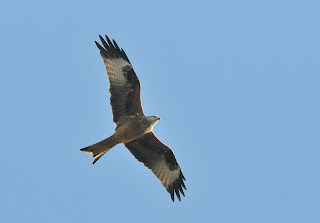 The local birds seemed to be paired up and gathering nesting materials and the House Sparrows were taking grass and materials into a neighbours eaves. Buzzards peaked at 6 over the house one day, and mid month onwards saw a very large amount of Starlings passing east, hundreds were seen passing inland as well as along the coast on quite a few days when we walked around the village. 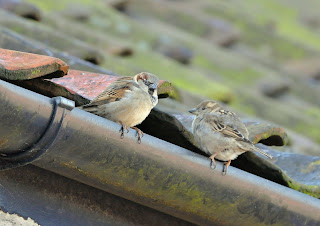 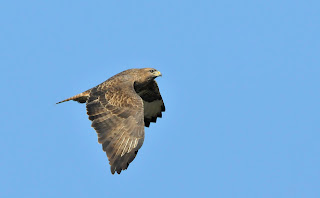 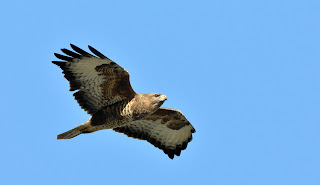 Clumps of frog spawn and frogs mating could be seen nearing the months end in the small drain off pools along at Grove Farm, I only noticed them when I watched a beautiful Grey Wagtail flitting around the edge of one. 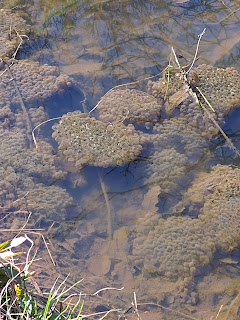 A couple of bird species I normally see during the winter months showed in better numbers now than I had seen since the year started, Golden Plover and Redwings, the Redwings were part of a movement that happened as the month drew to an end, 5 together past the church was the highest tally I’d got this winter and the Golden plover numbered around 40 one day flying overhead before seeing a flock of 200 or so circling fields looking for somewhere to land.  So birds were obviously moving but the changing weather played havoc some days with the high winds, but as soon as a window of opportunity arose birds took to the air, other notable numbers were of Pied Wagtails, Rooks and Magpies passing over, and hopefully better weather in April will really liven things up.
Posted by mike lawrence