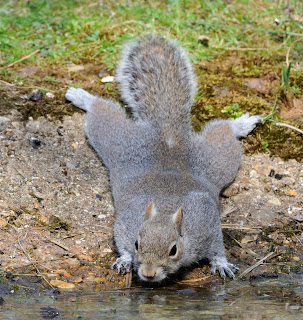 After a fantastic morning at Bev's my Dad and I stopped off at The Lodge for a couple of hours. We headed straight for the hide in the hope of a Crossbill or two coming to drink. It was its usual fairly quiet state and a few species were seen notably a couple of Lesser Redpolls still present, a Squirrel that flattened itself out as it took a drink. It looked more like a Flying Squirrel and flown in and belly flopped the ground, whether the stone was cold and cooling or maybe it thought it might fall in! who can say but it looked amusing at the time. Then I spotted a group of around 8 Crossbill fly across towards the hide, but unfortunately they decided to visit the rear pool and keep out of sight and camera range. A couple of the males were a striking red in colour, really standing out and as they flew off I counted at least 10 birds. I finished the birding day with a Willow Warbler which I had heard further afield but now it had come to feed in the brambles around the pool. 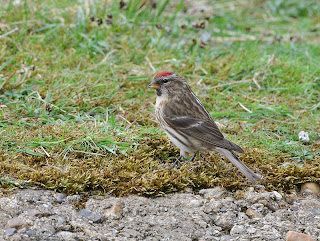 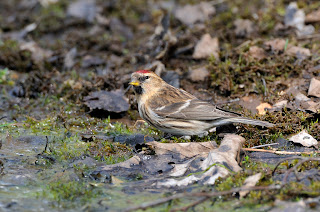 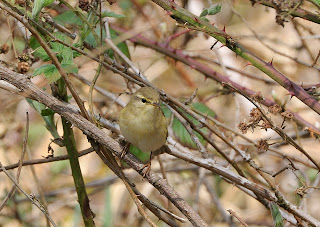 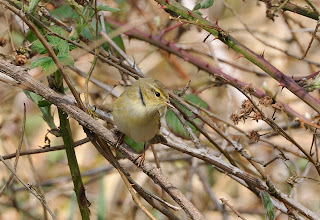