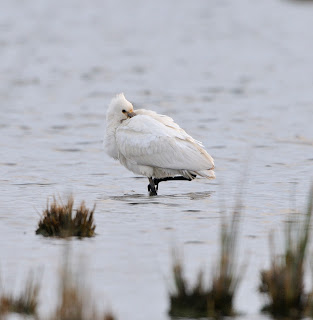 Am I glad I made an early start to Bev's (Derek White Eggs) today. I was hoping for maybe Black Tern or that the Whinchat was still around. The weather started good but there was plenty of cloud moving in, and it didn't feel too warm either. As I got out of the car I took a quick glance across the lake as I do before getting kitted out. Lots of Swallows and Martins low down so a good sign rain was on the way, what looked like a Little Egret from a distance, resting up in the marshy area, time to get sorted and start my walk around. Well it didn't take long to notice that on nearing the lake, that little egret had thick black legs and now at a different angle wasn't that little....Spoonbill, I've got a bloody Spoonbill, so I said to myself again as I clicked off a record shot of it sleeping, I've got a bloody Spoonbill! 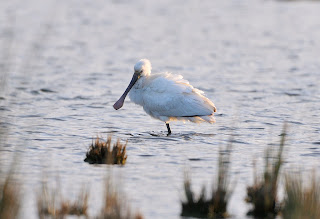 I carefully made my way around the side and slowly made an approach with cover in front and behind me. It didn't even wake up or move, obviously too early for it. I then let Steve Blain and Bev know it was here, and it wasn't long before Steve had arrived and was viewing the bird from the gate, Bev returned my message and came down to connect which was good. For nearly 2 hours I stood in one spot gaining some shots and getting very cold, wet feet. I carefully backed off and met up with Steve, Mark and Jim among others before heading around the site to check on the other areas. 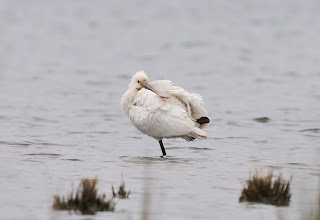 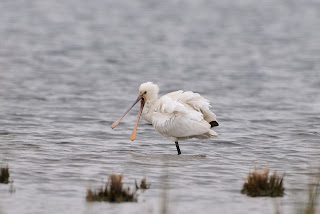 As I returned some time later the Spoonbill had become more awake and was feeding along the southern side. I made a slow approach and kept up against the hedge line, then the rains came and the birders disappeared, leaving just me getting soaked to the skin. The Spoonbill headed off along the waters edge feeding so I took the opportunity to move to where it had originally been in the hope it would return, it eventually did and I grabbed a few shots before it moved in between the nearby grasses to rest up again. What a morning, and with another Swift seen and a Hobby to the list I squelched my way back to the car and home to warm up. 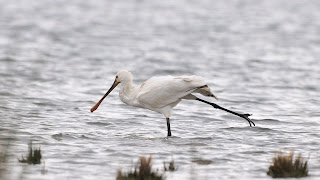 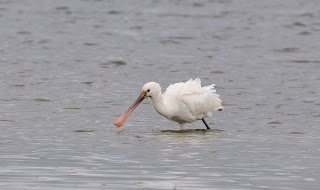 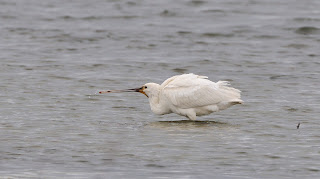 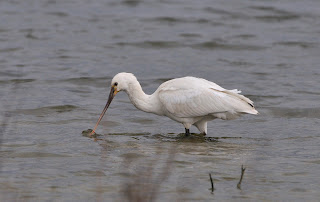 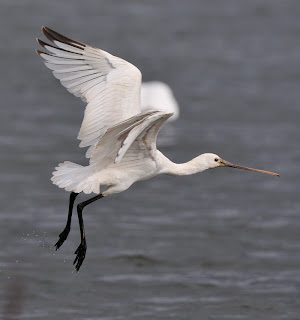 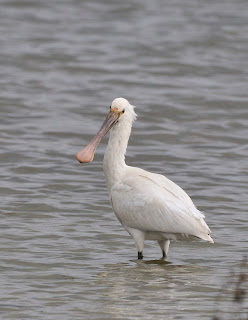 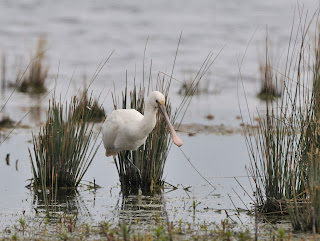 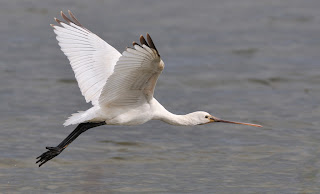 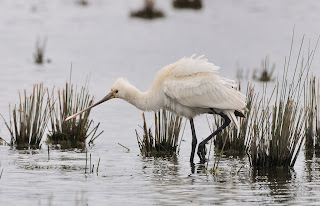