THE GOOD
My Dad and I took a early morning walk around Bev's, the weather did not start too bright but there seemed plenty of birds around. There were a few small groups of Swallows and Martins moving over and in one small group I noticed a single Swift feeding among them, definitely for the "GOOD" having these birds return to our skies. New additions for the year list were soon added with a few Sedge Warblers singing their heads off around the site, and a group of 3 Dunlin circled the main lake twice before heading to the fisheries. The Kingfishers were still in residence along with the Oycs, but no sign of any Arctic Terns or the Redshanks. My Dad counted around 10 Common Terns actively displaying with caught fish. 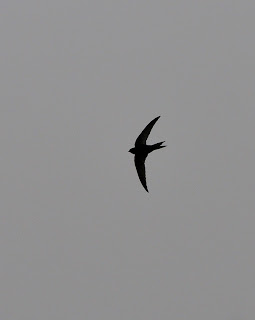 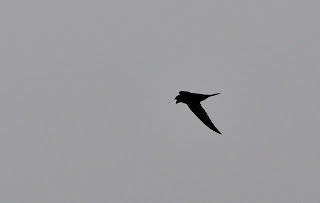 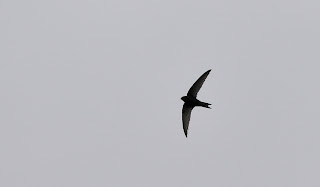 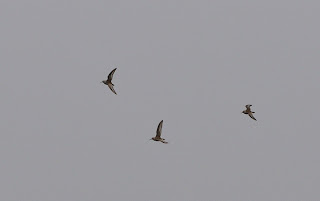 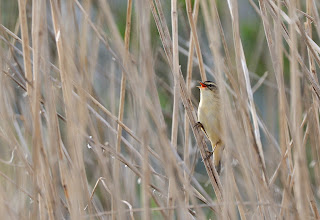 THE BAD
Well BAD for smaller birds but I think the Sparrowhawk gets a raw deal and blamed too much, this lovely male bird sat up in a hedge for some time allowing a careful and slow approach to have his picture taken. He only moved off when a very close fly by from a Song Thrush gave him cause to chase, I think it actually made him jump as it flew in front of him, no doubt he was focusing further afield.
The real BAD was spotted when we walked adjacent to the river Ivel. As my Dad and I moved to the riverbank I noticed something swimming towards us, and upon seeing us it veered towards the opposite bank...a Mink. Bev had mentioned them before but I had not seen one till now, and not good news for wildlife wherever they are. It hid up amongst the riverside vegetation and then moved under water to the bank we were standing on but out of sight due to the overhang where it made its way along the river away from us, very sneaky. 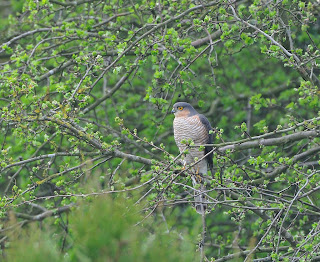 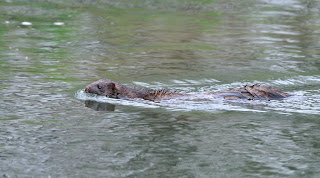 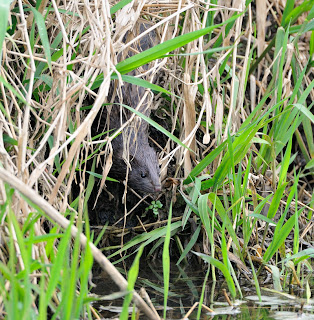 THE STONKING
Moving around the site, my Dad and I picked out more Sedge Warblers and then added Common Whitethroat during this phase, but best of all was when I spied a bird fly onto some bramble some distance away. I thought maybe a Stonechat, which would of been new for the site, it gave that sort of impression until  I got a better view through the bins...a cracking Male Whinchat...STONKING. Another new site addition and what a bird, it was actively feeding and singing too. Although elusive at first it gave itself up for a few snapshots. What a fantastic morning with more new site add ons and my Dad picking out a pair of Little Ringed Plover on the main lake as we headed back to the car, maybe the "Old man" brought me some luck!..perhaps I'll let him tag along again sometime. 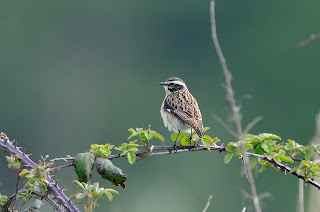 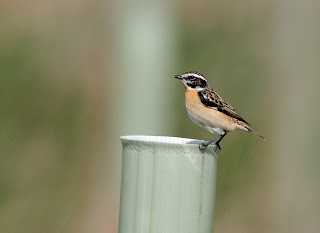 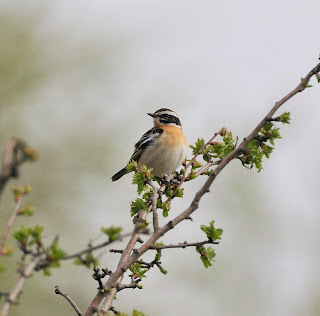 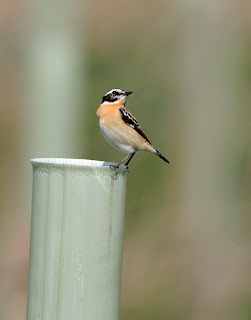 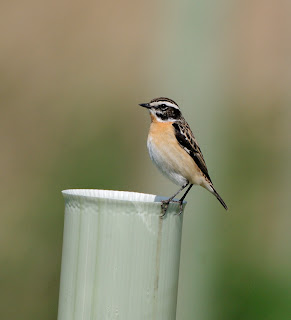