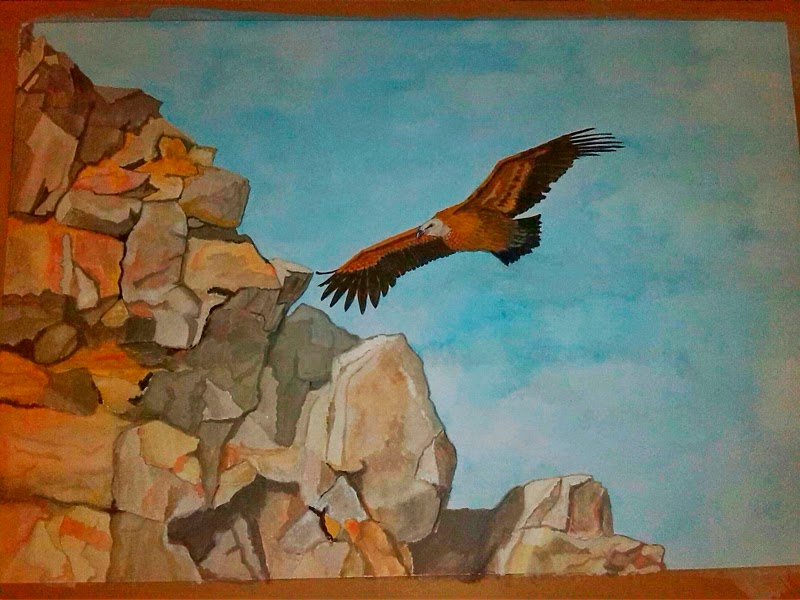 Latest 3 attempts at painting. A Griffon Vulture as seen from our Spanish trip in February, a set of three moths and my latest one of a Manx Shearwater. The last one was the first time I've attempted to paint a seascape so I was quite happy how it came out. More moths lined up next. 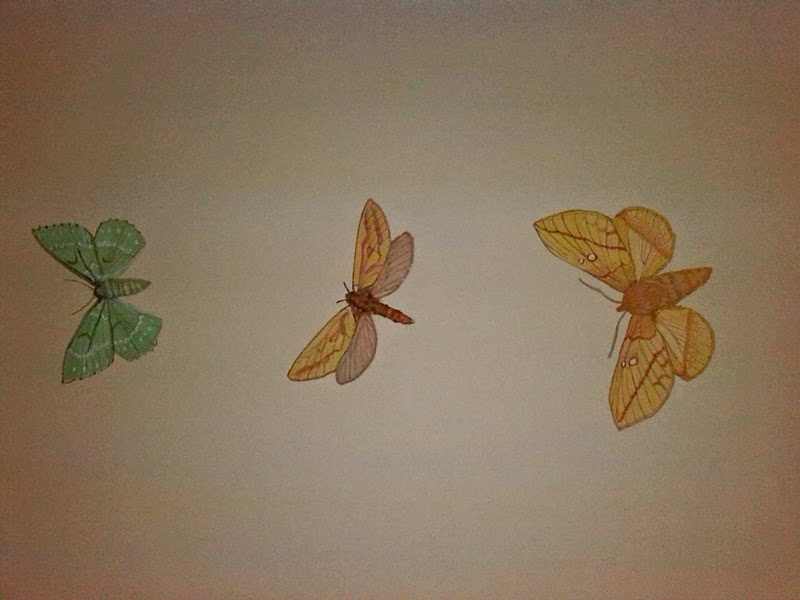 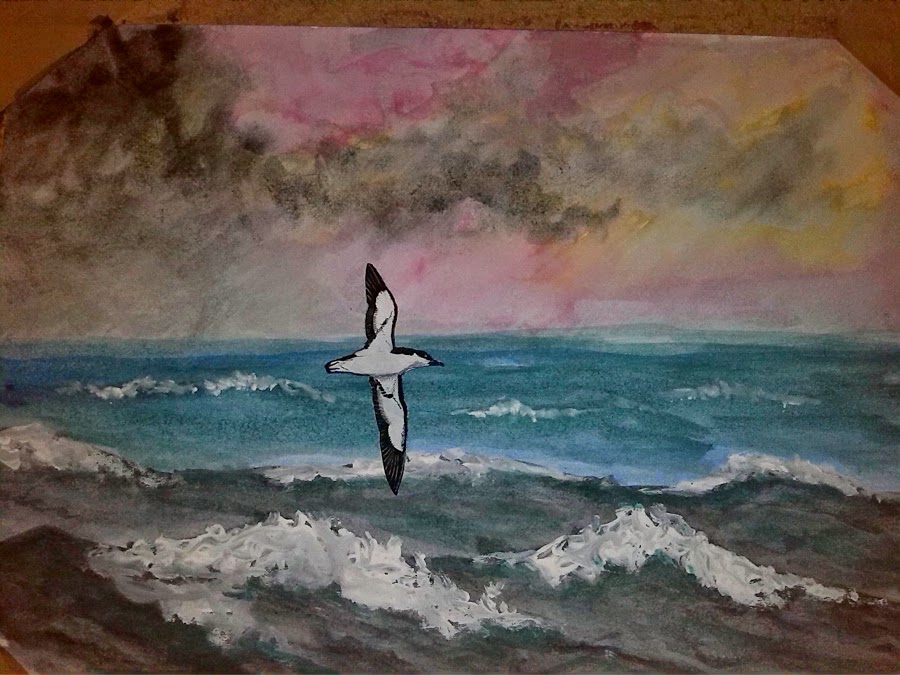 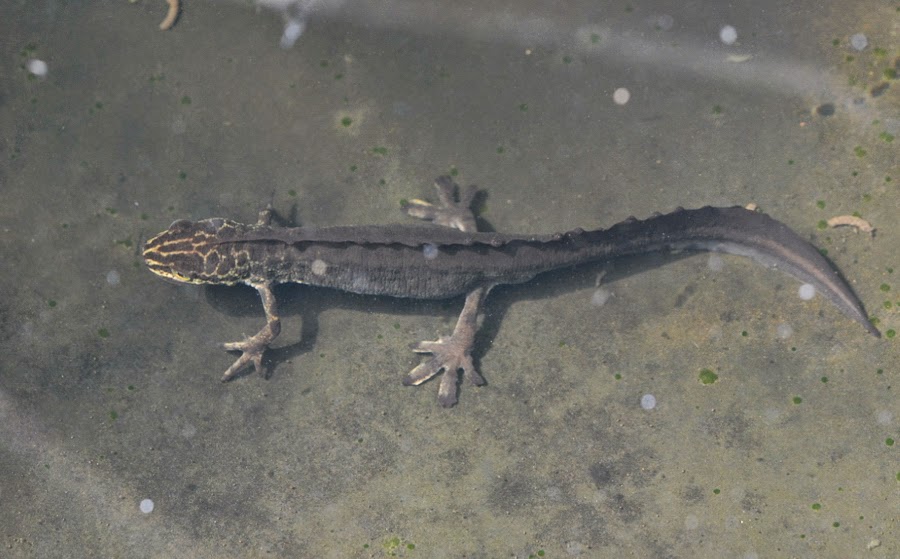 With the house still on the market and stuff needing sorting at home, I have only been staying at home improving on (or trying) my watercolour painting. Ventures into the garden have noted a few things though, the Blackbirds have a new batch of young and are being well fed. The pond this year seems to be doing really well with probably the highest amounts of Smooth Newts seen. The inquisitive one below investigated this red ant that had fallen in the water, I thought it might eat it but it left it alone. 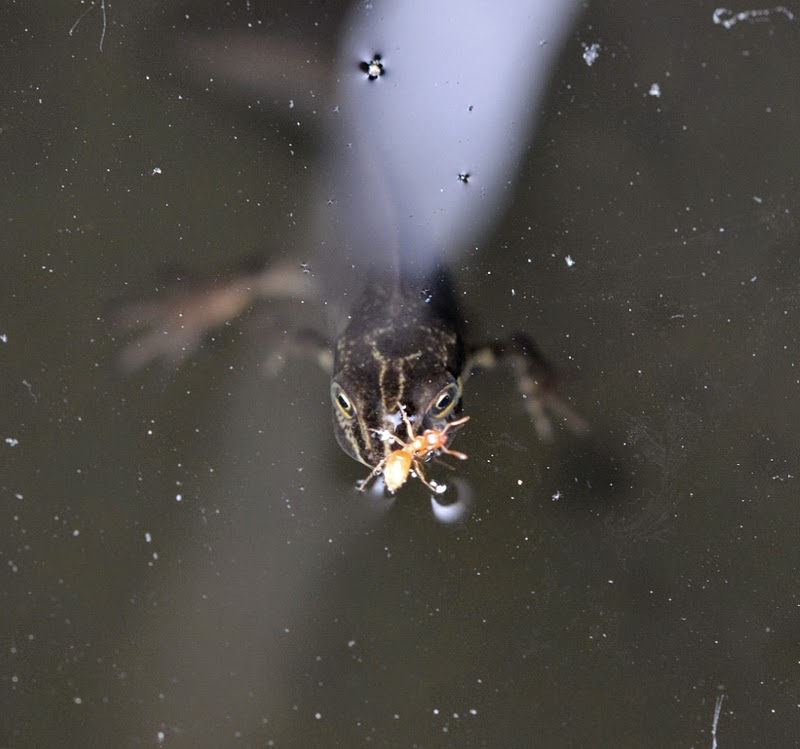 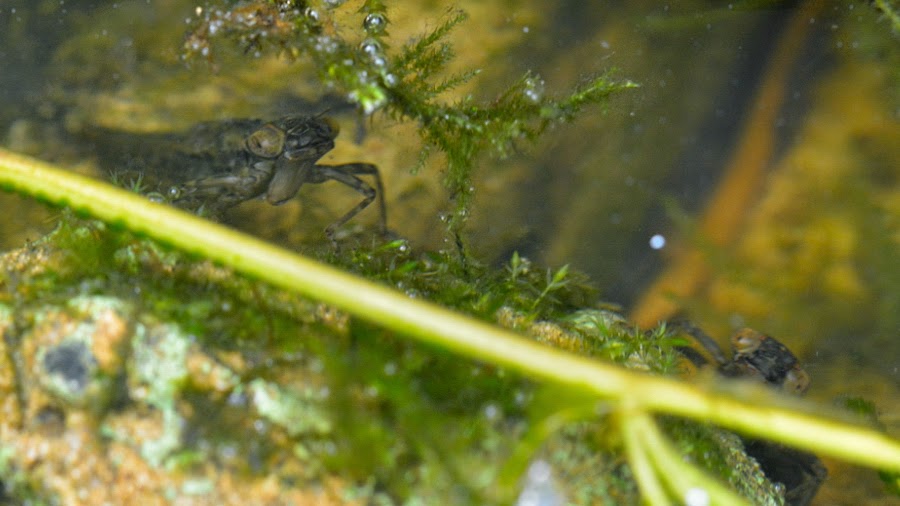 Whilst studying the Newts I have noticed 3+ Dragonfly Larvae which should be emerging this year so I will have to keep my eye on the pond to see them after they've emerged. I was lucky to get these shots in the water as they normally shoot straight off on approach. 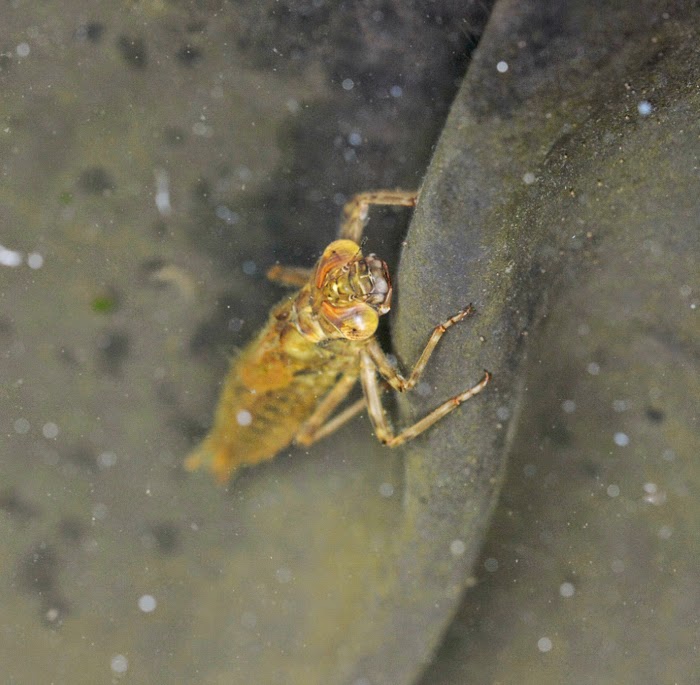 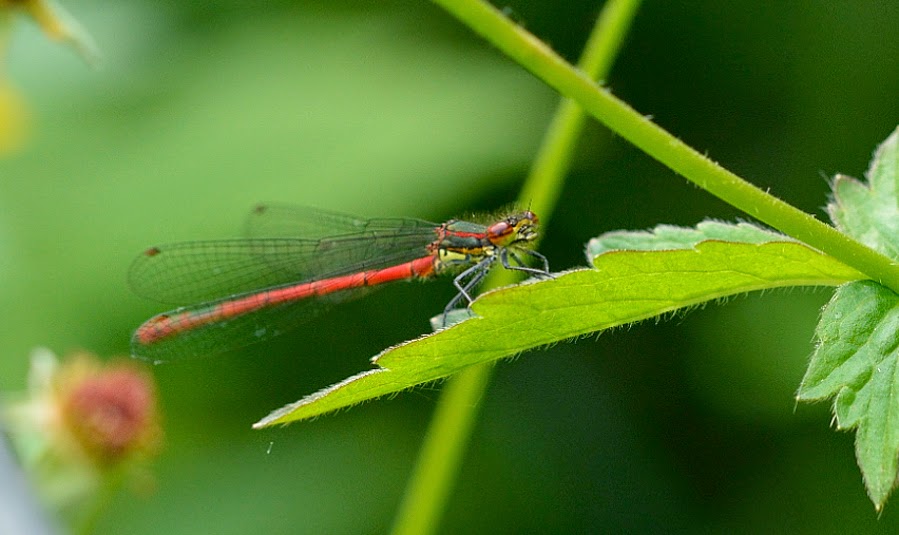 I have found at least 3 empty cases from Damselflies on the reed stems, maybe from the Large Red Damselflies or Common Blue Damselflies that are frequenting the garden. 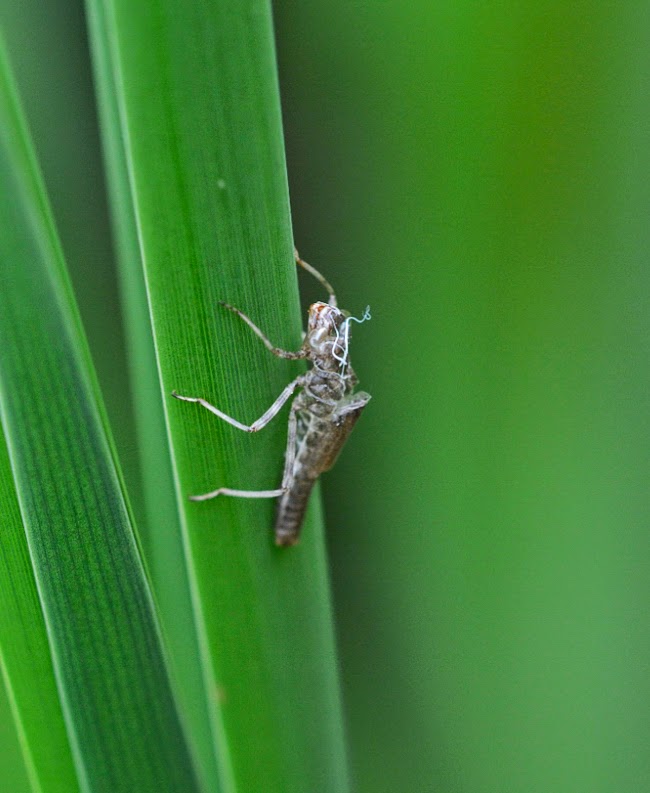 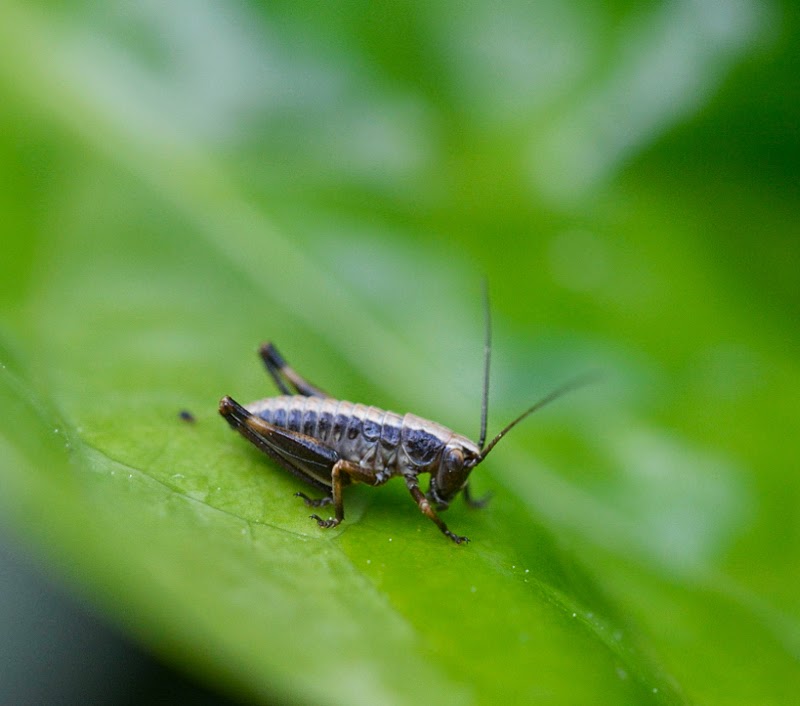 Searching for insects in the garden beds I found the highest number of Dark Bush Cricket Nymphs, most years I see and hear at least 2 adults and no young nymphs but I counted double figures this year, they were everywhere. 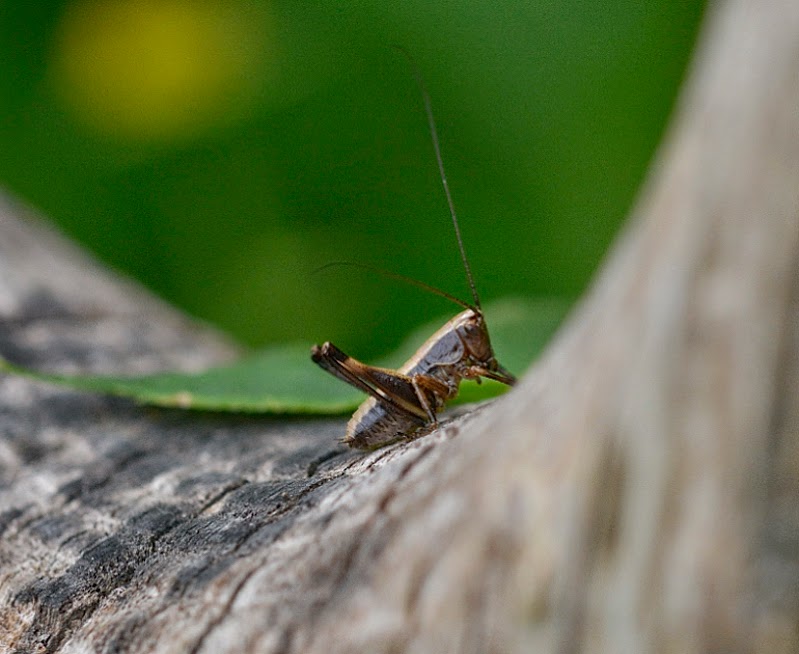 The Lavender was attracting good numbers of bees, with quite a few having to be rescued from the conservatory! One morning whilst Sarah and I sat in the garden with a cuppa, we both noticed a bird land atop the neighbours tree, we both looked at it and said Spotted Flycatcher, it then departed but we were both certain of the sighting and a new one from the garden. 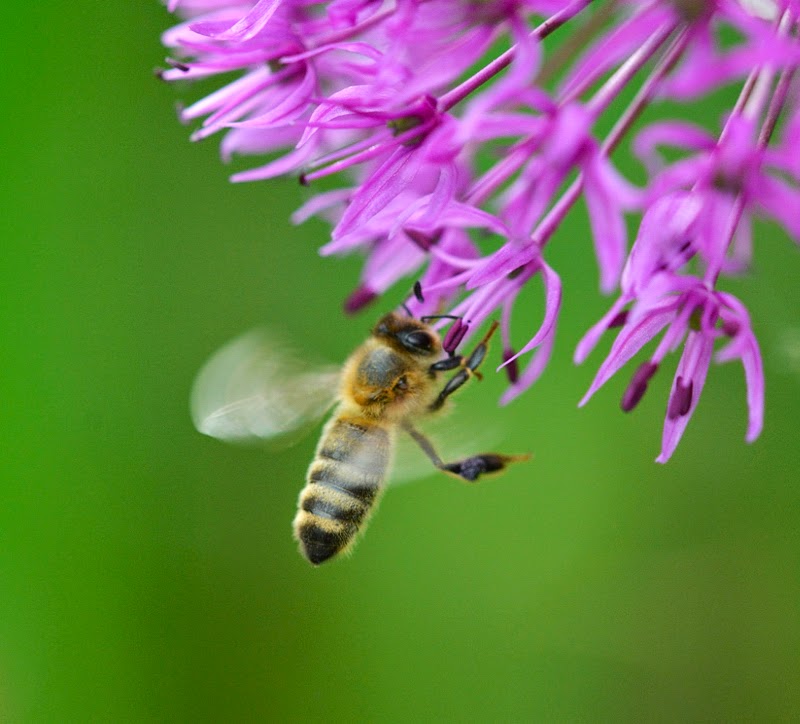 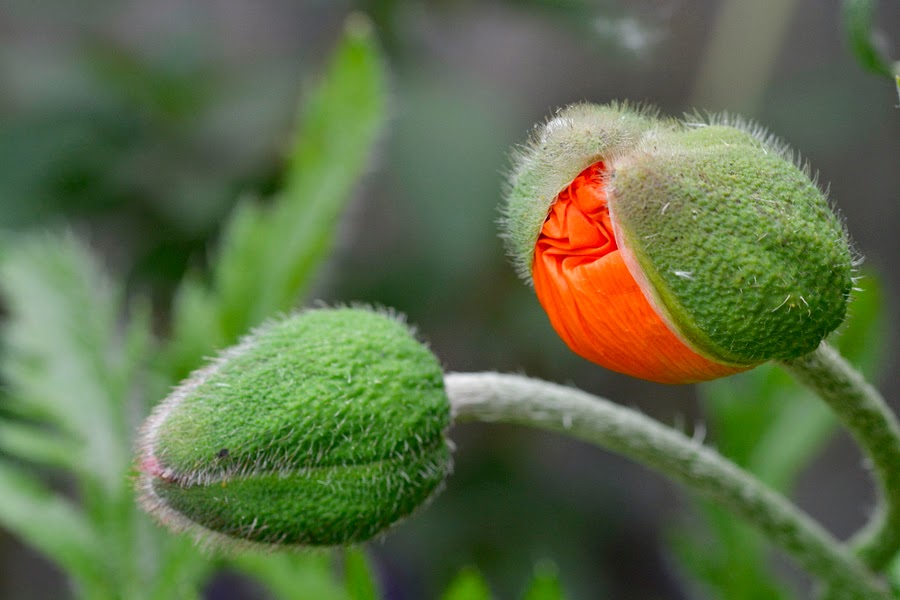 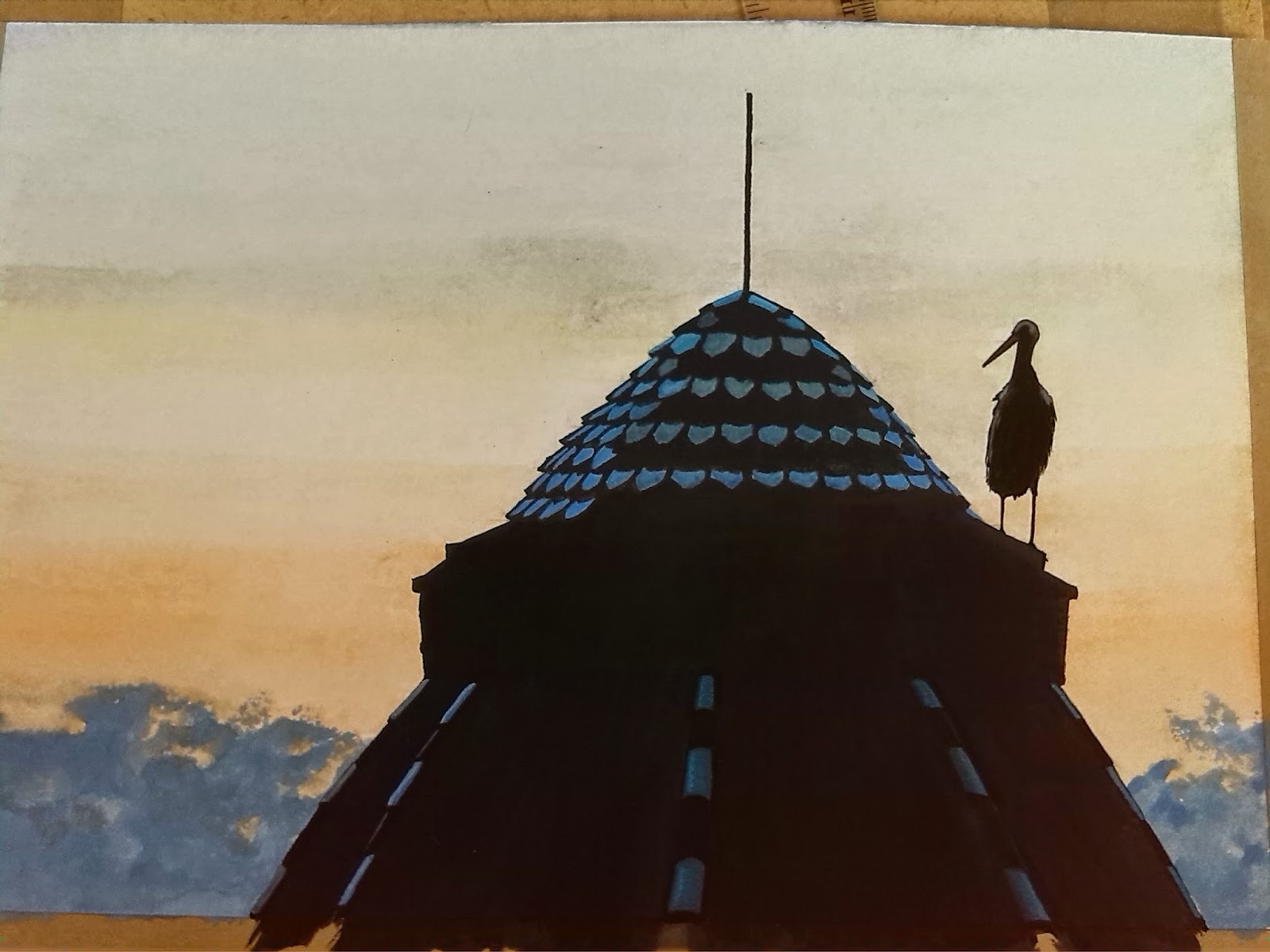 The year seems to be flying by and I don't feel I've had the chance to get out much, recently my 'old back' has had me laid up, so with my wife Sarah encouraging me to take up painting again I thought okay give it a go. It's taking a while to get back into the feel of things and I wasn't happy with the first couple of attempts, but I have finished these 3 paintings shown here, "Stork at Trujillo" and 2 of "Bird Eggs". 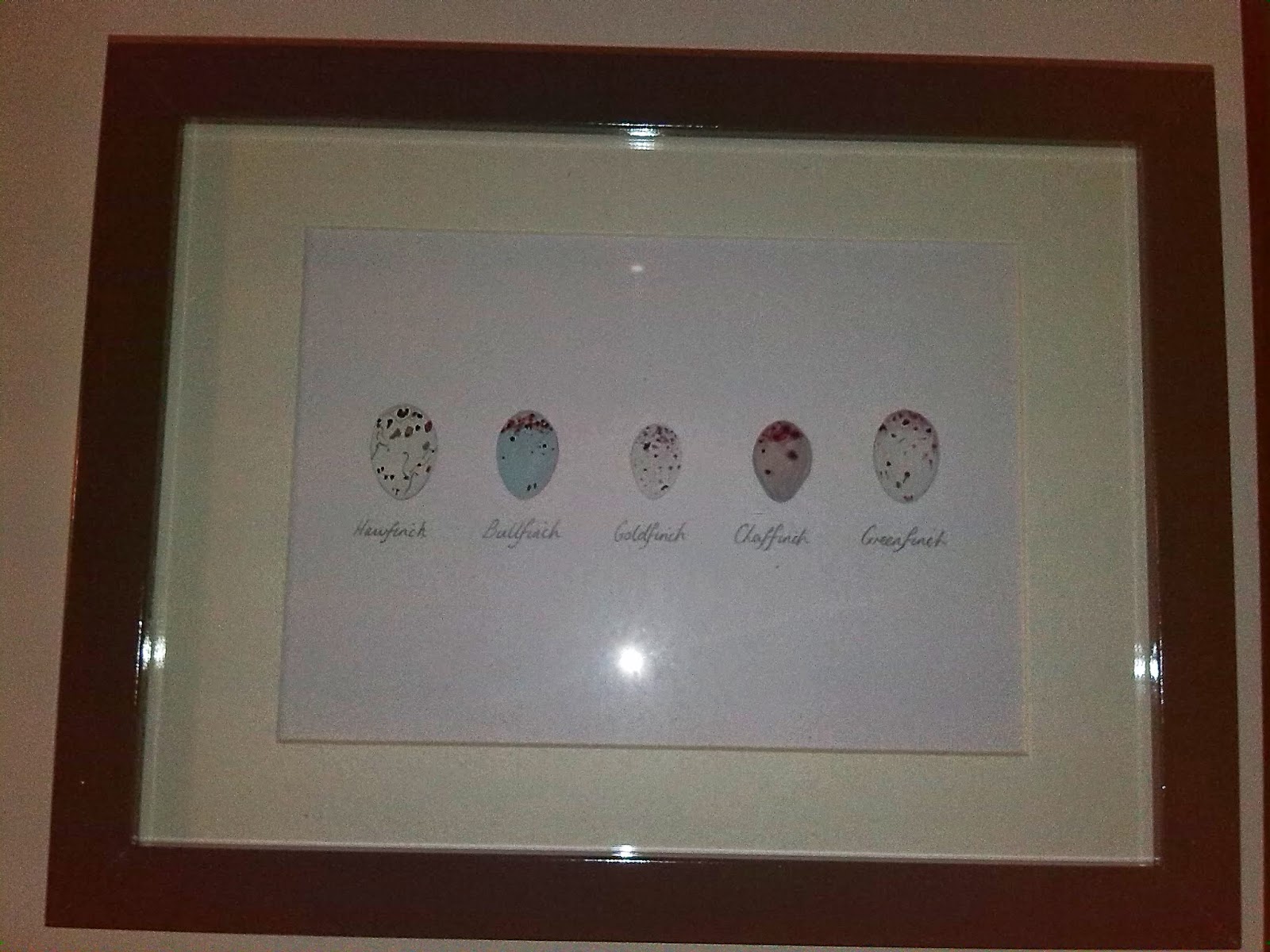 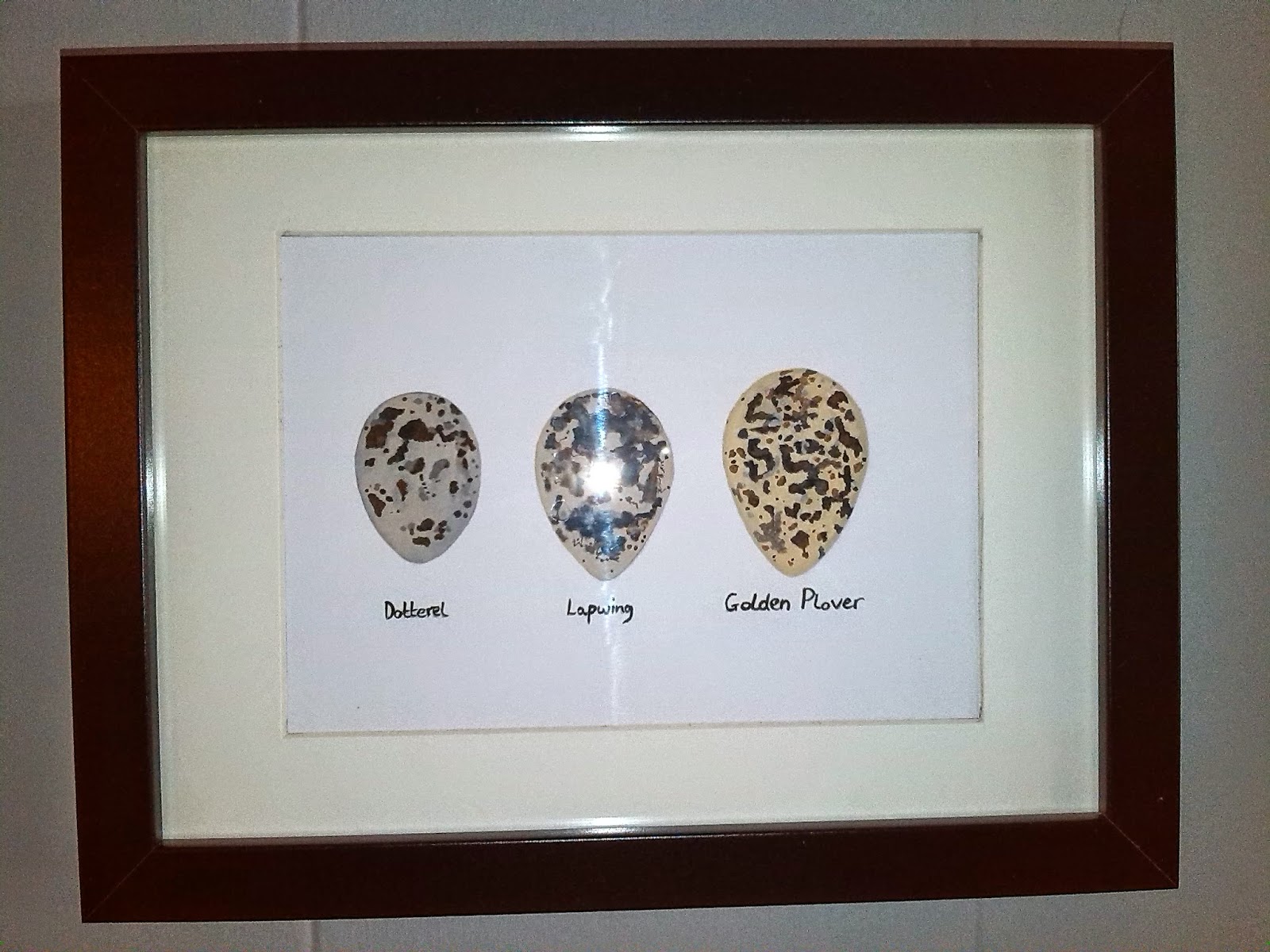 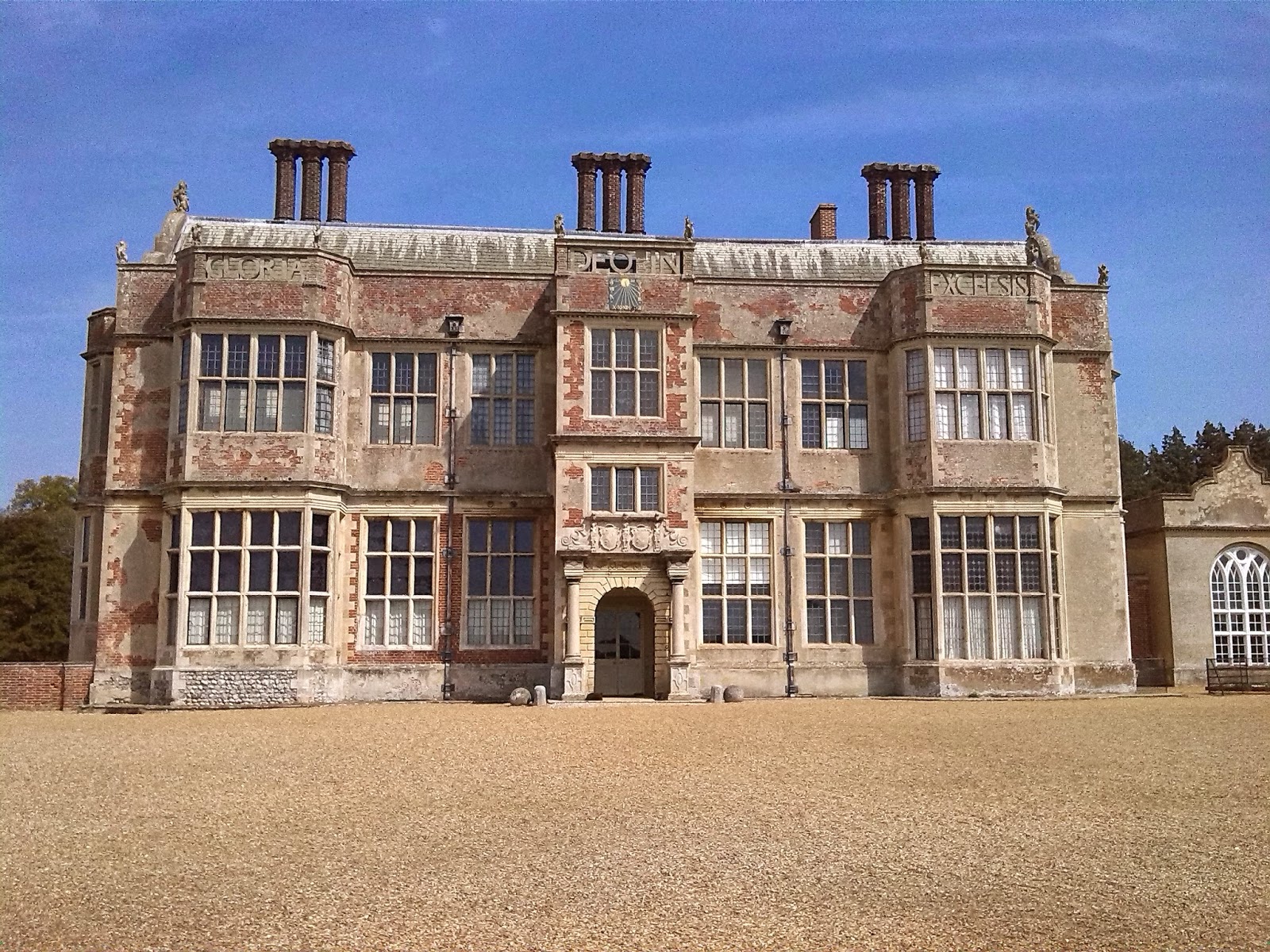 Over the last bank holiday weekend I was able to meet up with family in Norfolk and spent a day having a walk around Felbrigg Hall ending with a lovely picnic. During the walk around I was able to see some new birds for the year, namely House Martin, Sedge Warbler, Reed Warbler along with other birds including Grey Wagtail, 2 stonking Mandarin drakes, Blackcap, Chiffchaff, andTreecreeper. Thursday this week brought rain and heavy skies, but it also brought over my first 2 Swifts of the year, closely followed by another 2 today, so nice to see them back in our skies. 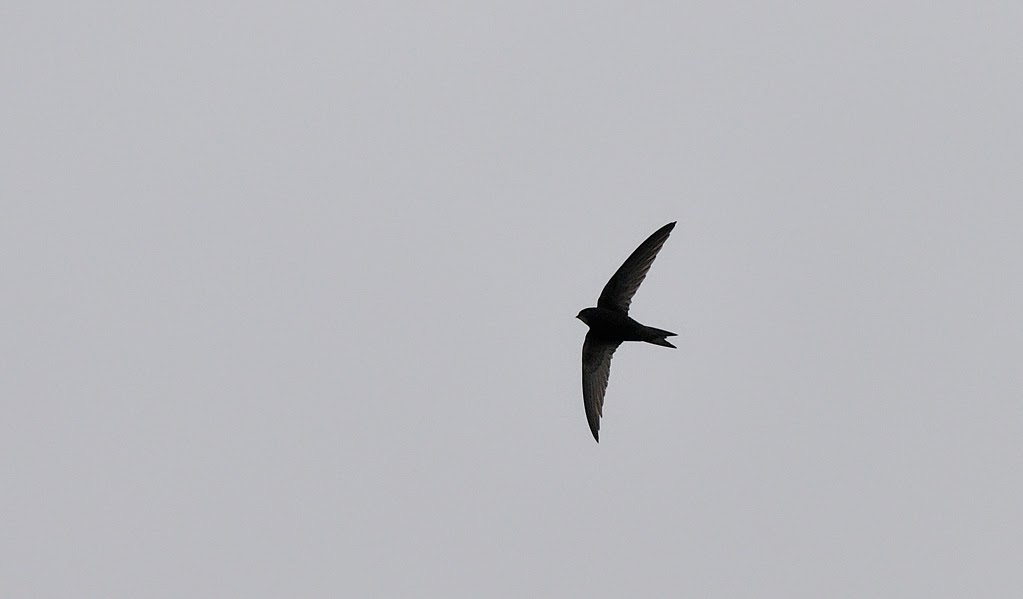