I was able to get out on the first day of the month and already it seemed as though birds were on the move, the weather was obviously favourable. There were one or two Pied Flycatchers still present, but still preferring the tree canopies to feed in and staying hidden for most of the time. 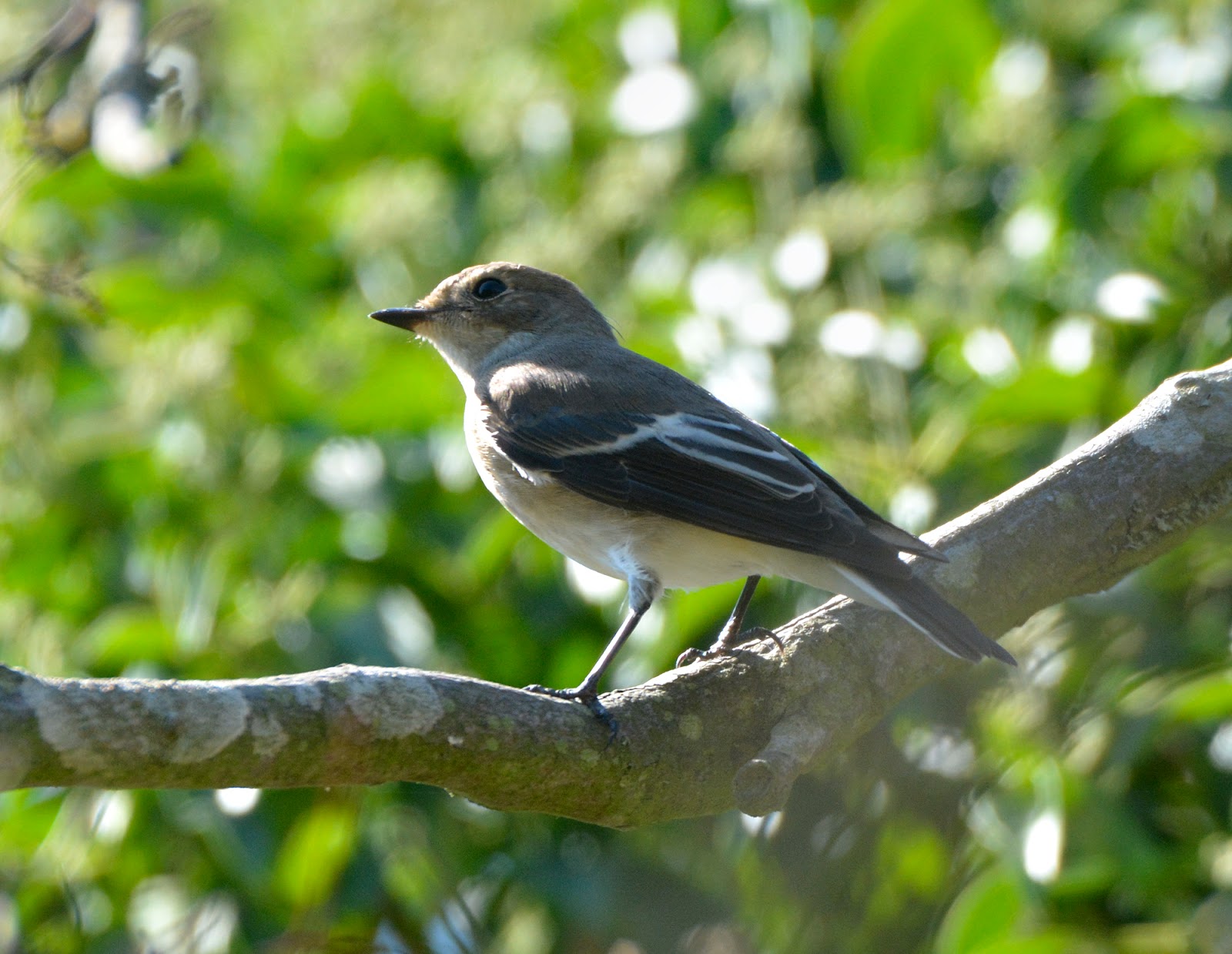 I was most pleased to see 2 or 3 Garden Warblers on the same day too, a pretty plain looking bird and one that can be quite elusive and hard to see, so imagine my delight to photograph them eating elderberries! 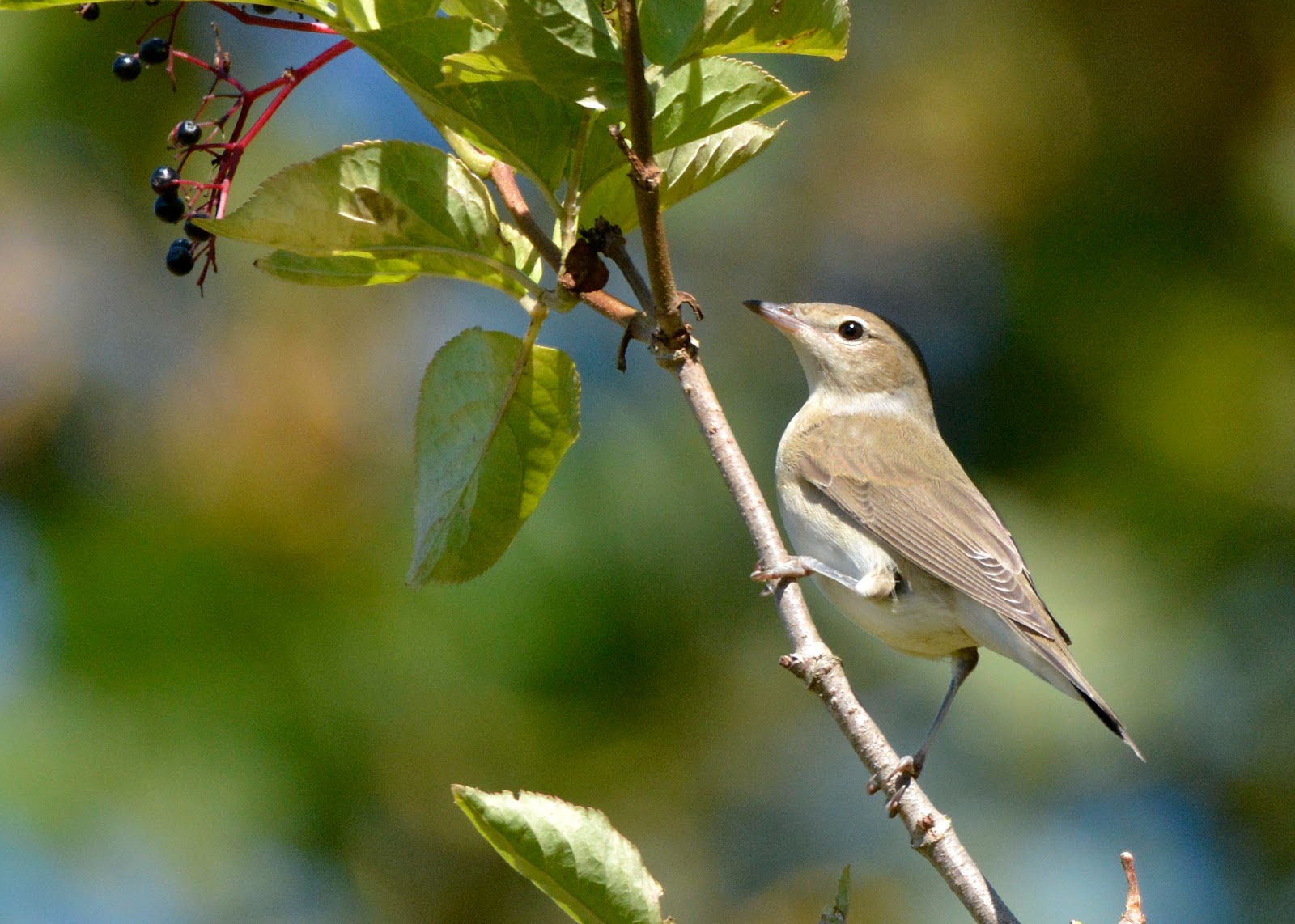 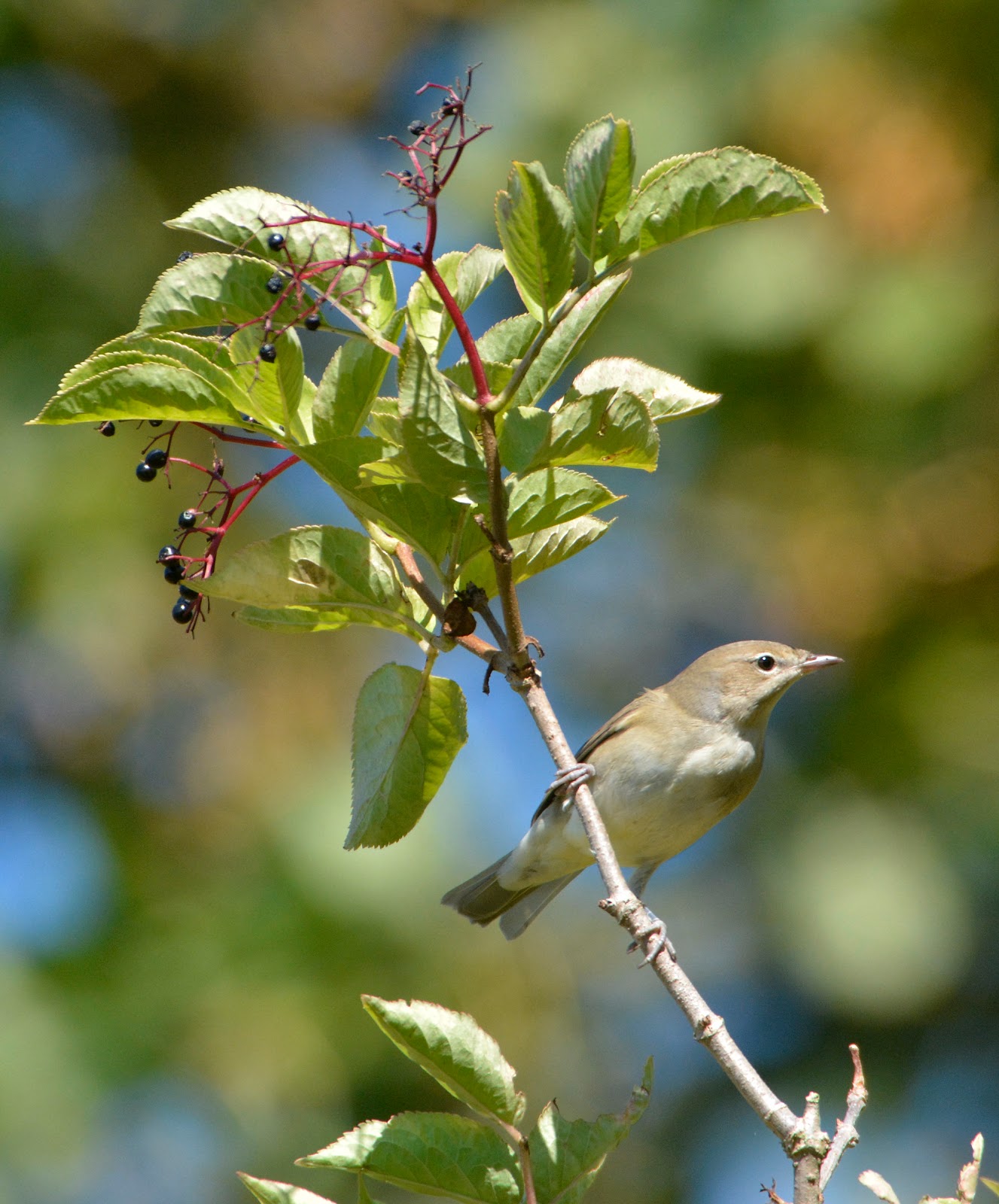 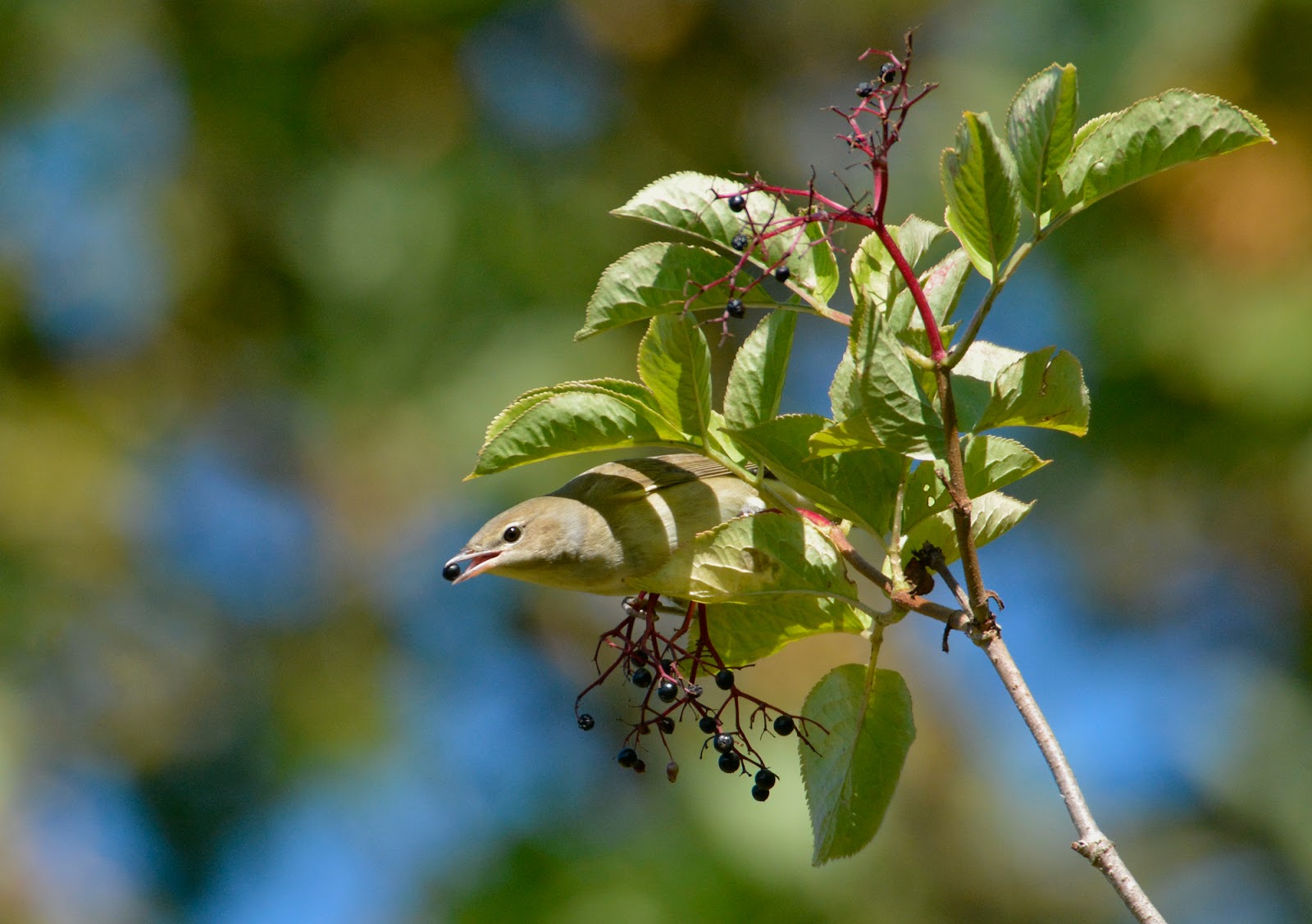 Garden Warbler
Notice the large eye and the greyish collar, an elegant bird though. There were a few Chiffchaffs moving along the hedgerows busily feeding. Buzzards and Red Kites were seen heading along the coast, Med Gulls were still showing in large numbers overhead and on the sea. And a Peregrine flew past the garden, it's been a while since I had seen one go over.
On the 3rd Sept, I watched 8 Bee-eaters head over Church Road heading west, despite them leaving the quarry they were still moving around not quite ready for the journey south, but some time later I heard of a report of the group over Minsmere, Suffolk so they were heading in the right direction! Male Blackcap
A couple of male Blackcaps fed on elderberries and blackberries after I watched the Bee-eaters pass over, a single Pied Fly was still hanging around too. 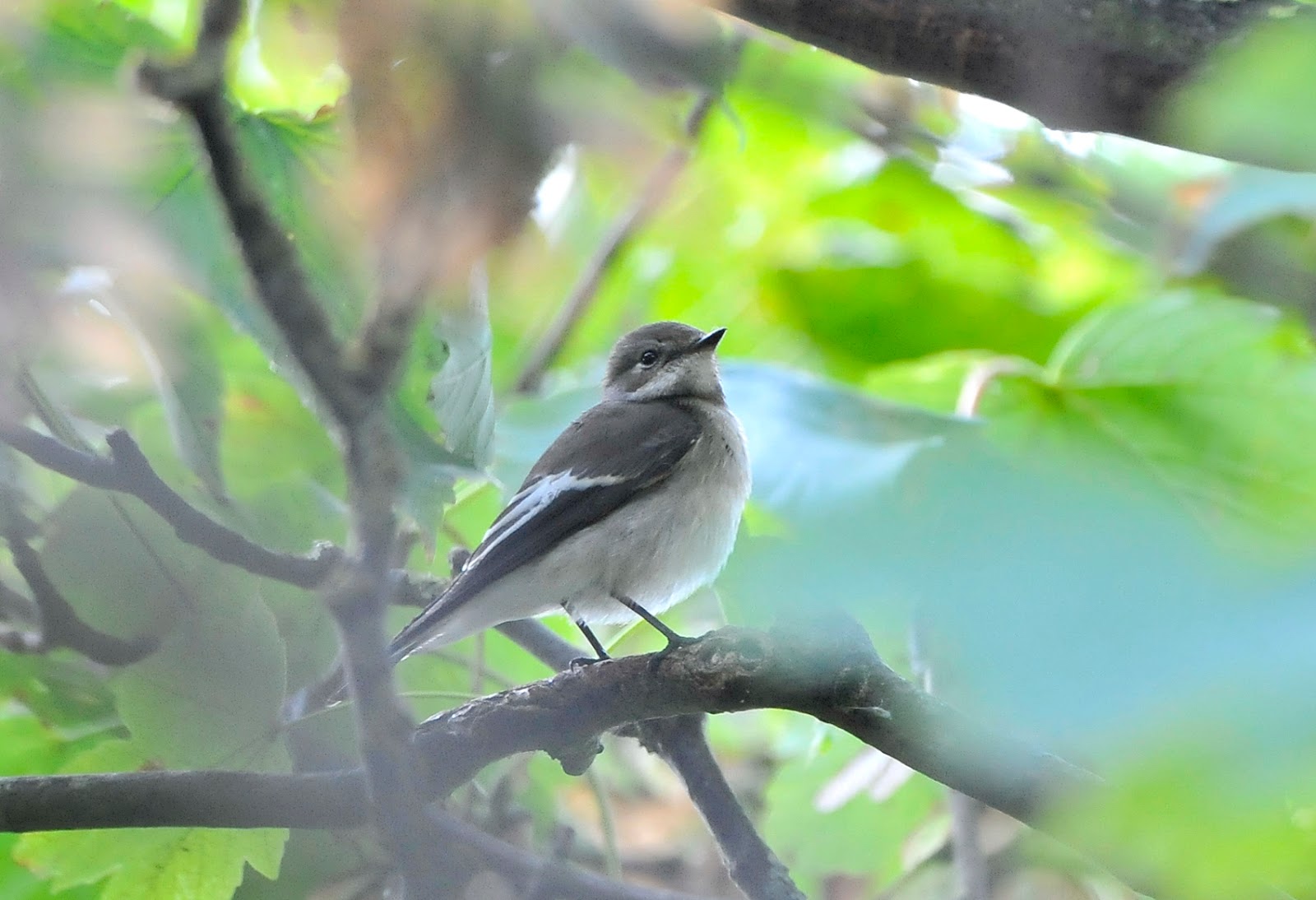 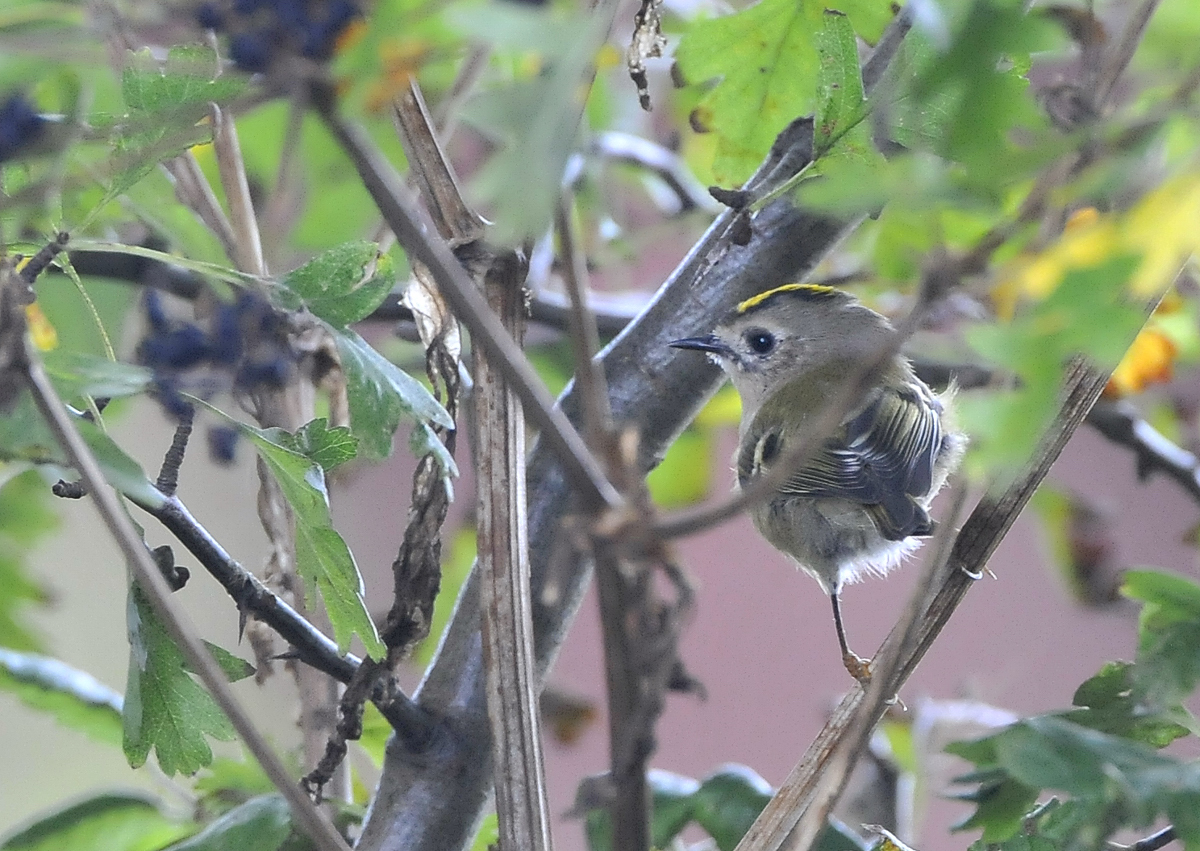 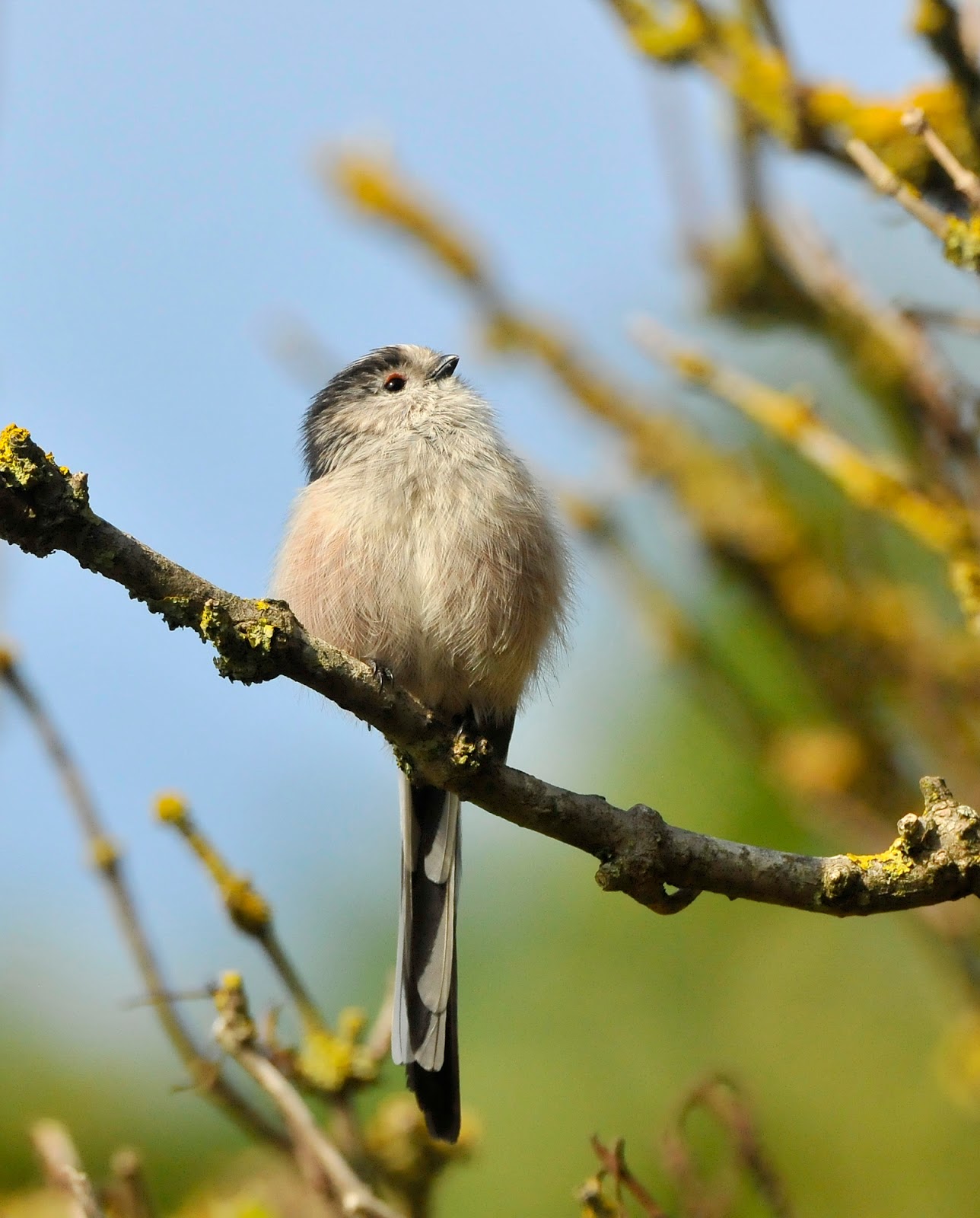 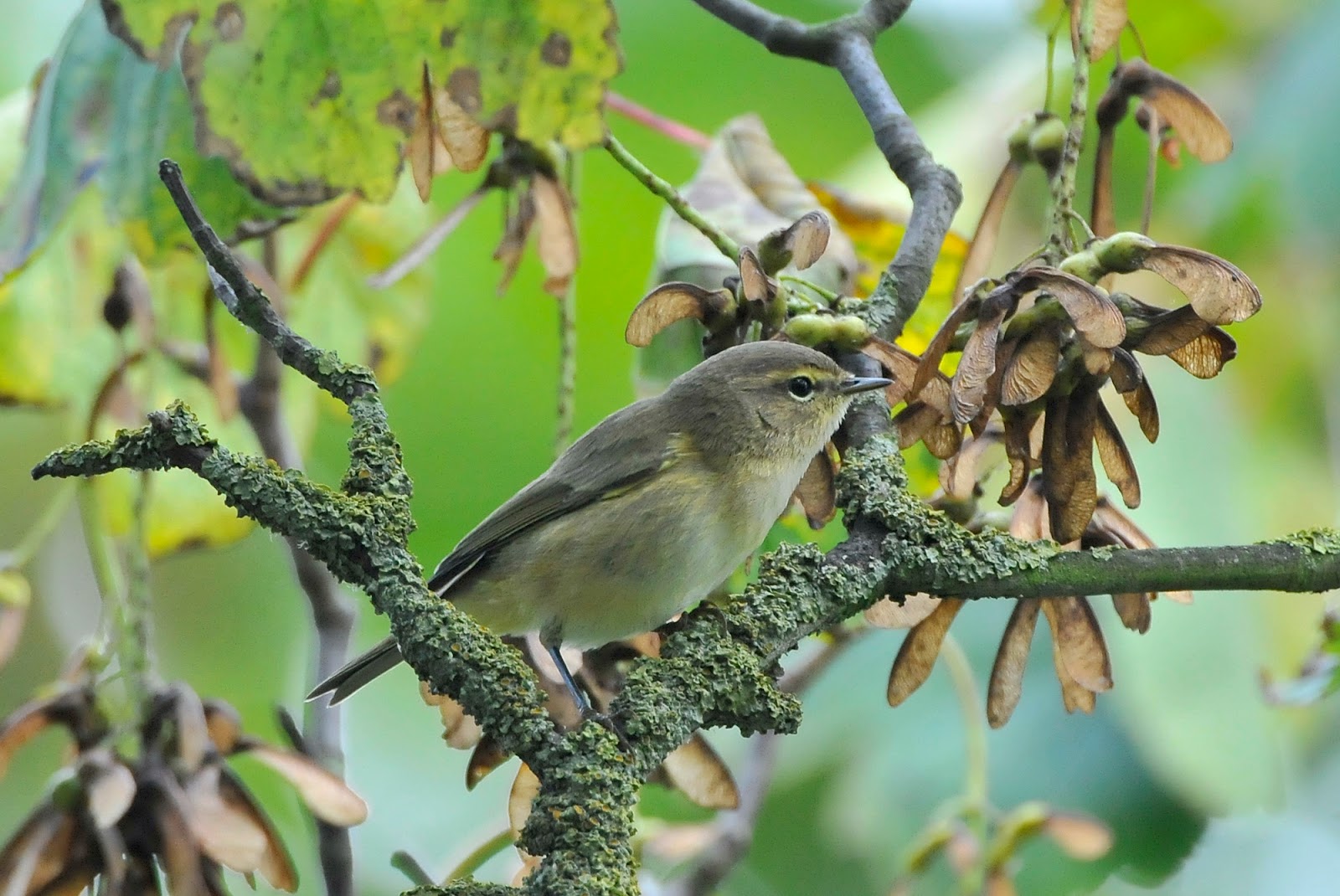 Chiffchaff
It can be tricky watching little warblers flitting among the leafy canopies, that was no exception on the 14th, there were a lot of Chiff/Willow warblers along the lanes. The chiffchaff if calling could be labelled, the Willow warblers were a lot brighter yellow in the plumage and normally paler legs than the chiffchaff darker leg colour, but some willows may show darker legs and paler feet! The bill on the chiffchaff (top image) is darker than the paler orangey bill on the willow (images below) and the supercilium (stripe over eye) is yellower and longer on the willows. 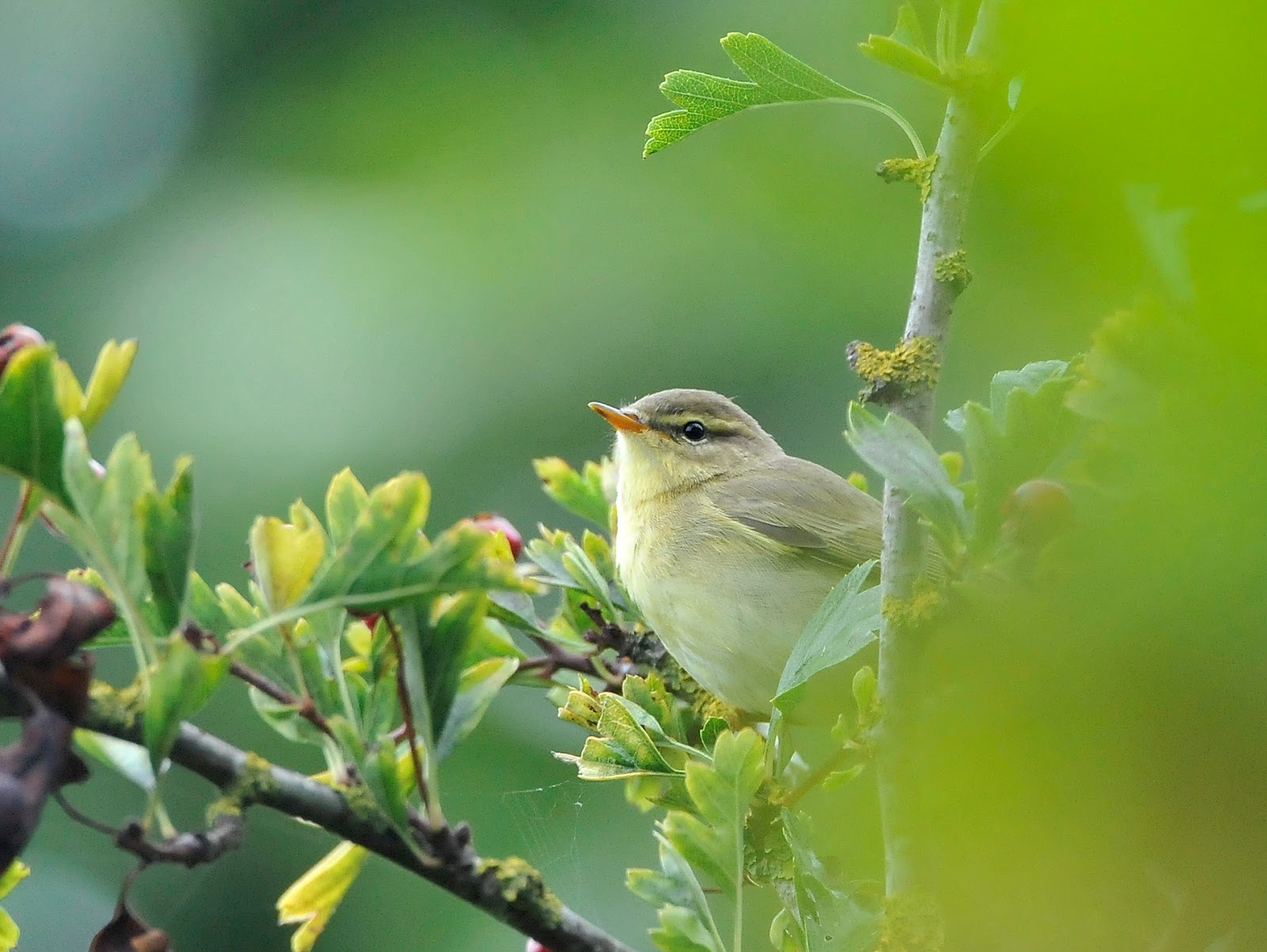 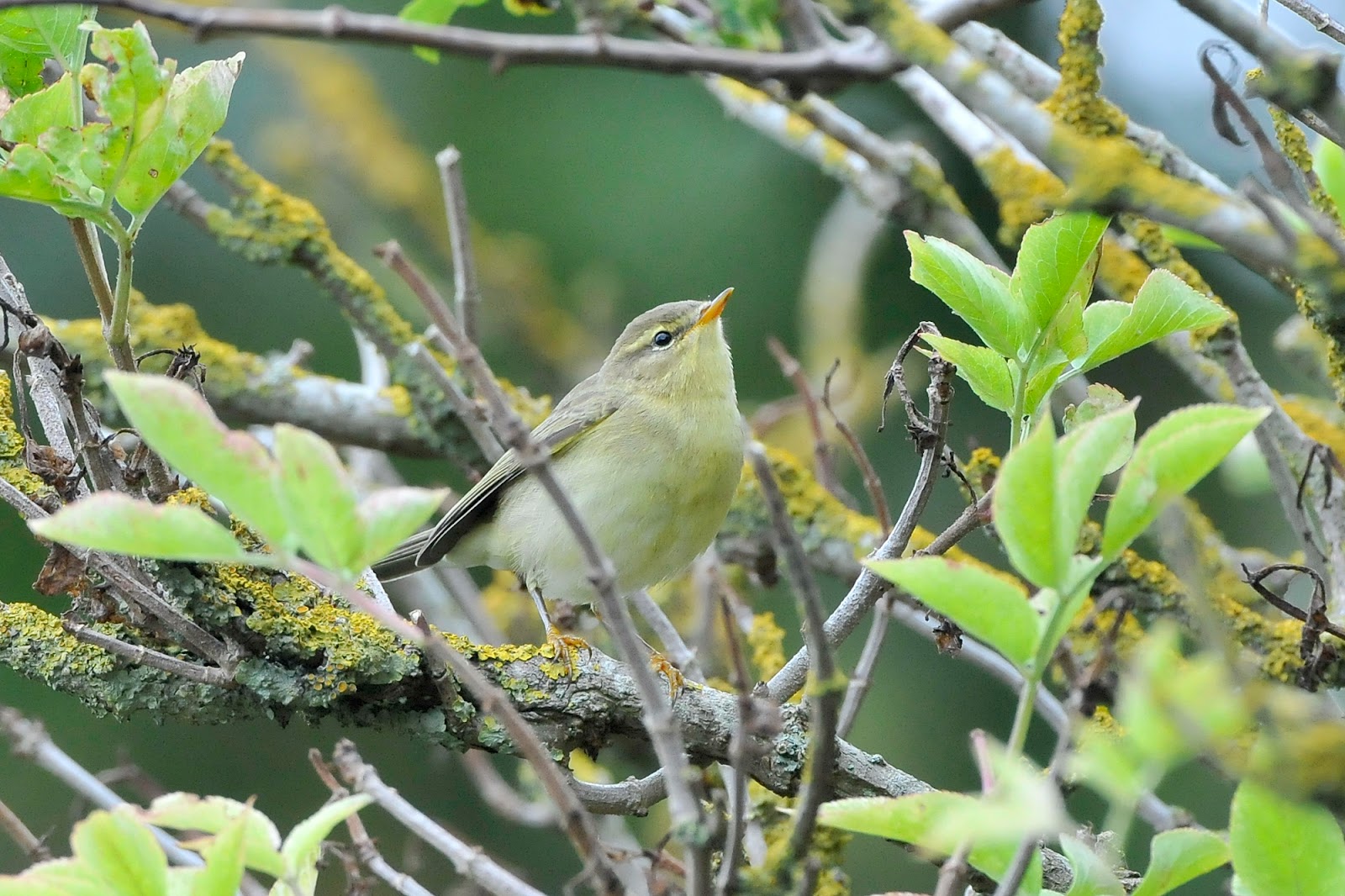 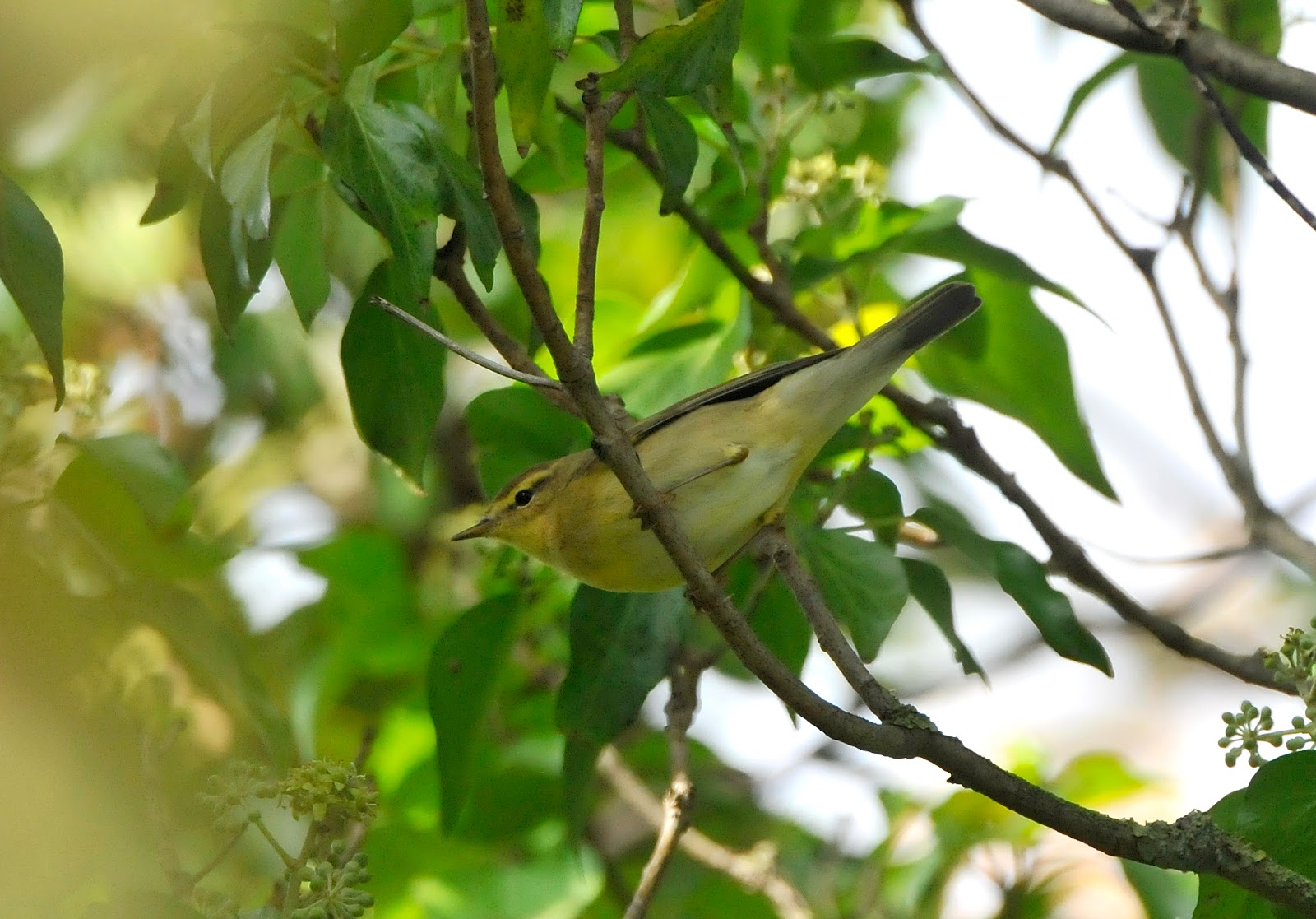 And to add to the tally of birds a Common Redstart fed along the lane edges, when it wasn't being chased off by a Robin that is. 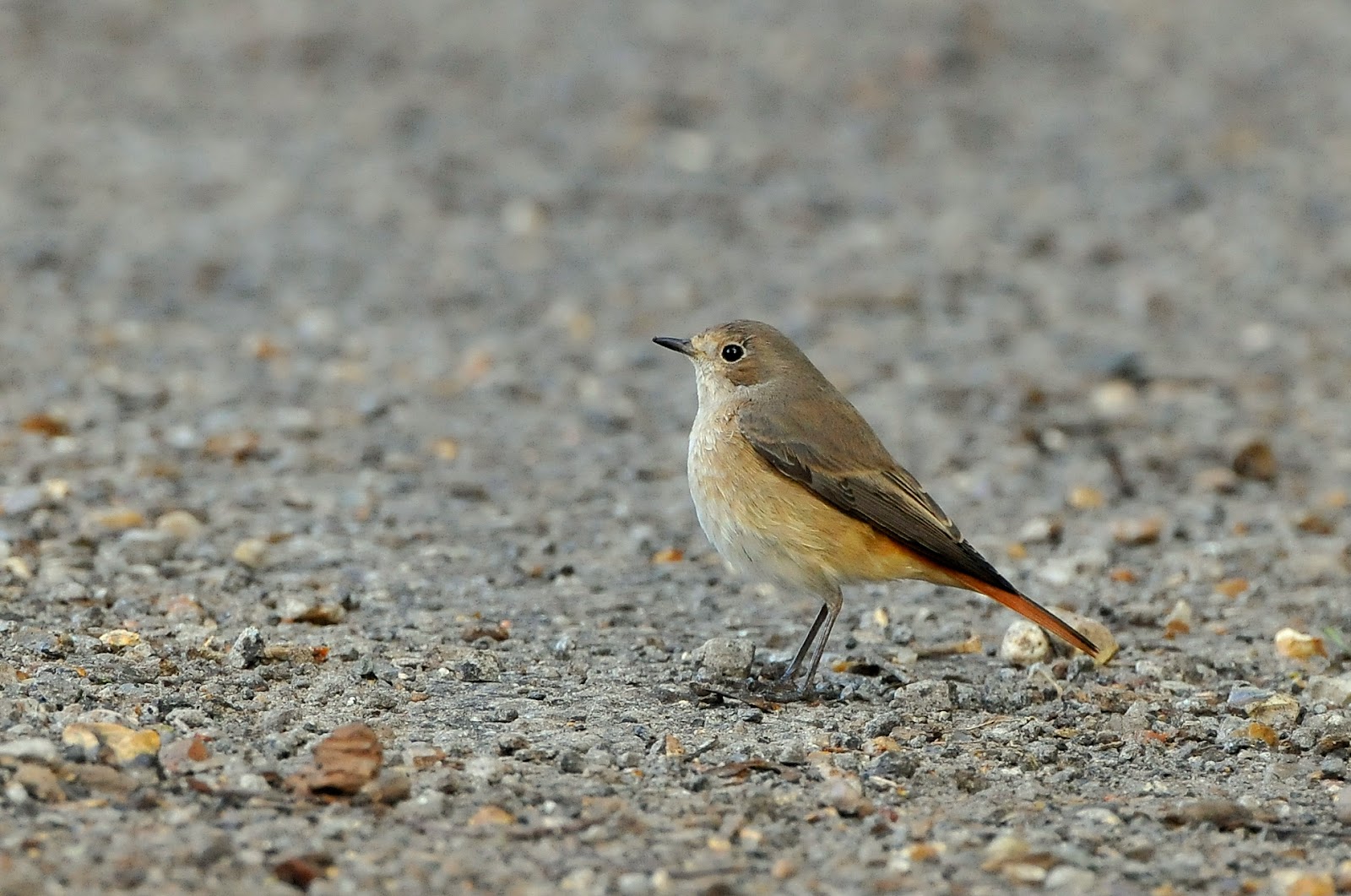 Common Redstart
On the 19th a familiar sound was heard and a sign of autumn's arrival.
The Pink Footed Geese had returned!
By the end of the month we were seeing hundreds pass over every day, how nice to hear them moving over us again. 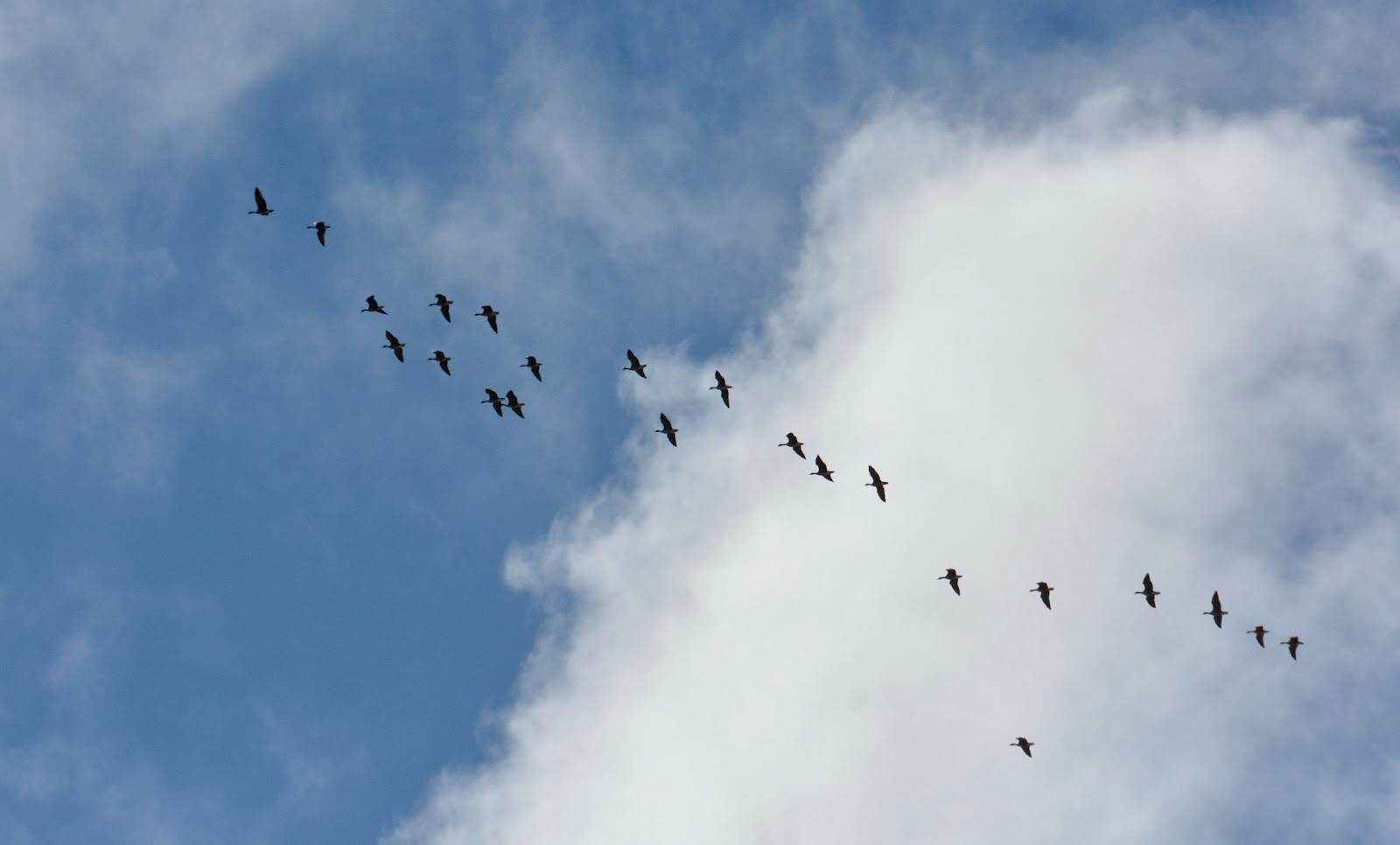 On the 20th I was able to get my 190th bird species for Trimingham !
News of a Red Flanked Bluetail at the Kearns site was just too awesome a bird to not see anywhere. I had what was a brief probable sighting, but just a silhouette before having to leave the site. I then went back in the afternoon to try and see this bird, it had been seen alighting the fence on a couple of occasions but never when I was able to see it. A bird that is very similar in shape and size as a robin, being a 1st winter/female type bird it will appear as a little brown shy elusive bird, but with decent views the blue tail, white throat patch and orangey red flanks can be seen...if you're lucky that is. After around 3 hours I finally grabbed a decent close view of this beauty, the throat patch, flank colour and tail all seen perfectly, but as I was going for the camera it was chased away by a Robin out of sight. But I had been able to get a decent view so couldn't be happier, it was not seen the next day!
This was the 3rd Red Flanked Bluetail I had seen in the UK and all elusive. These images I took below are of a bird at Salthouse back in 2014. You can see the size and shape, blue tail and in the second image the white throat and orangey/red flank.

The weather started to change for the worse as the month drew on with strengthening winds and rain, but when I managed to get out I was able to see my first Brent Geese and Red throated divers of the autumn. 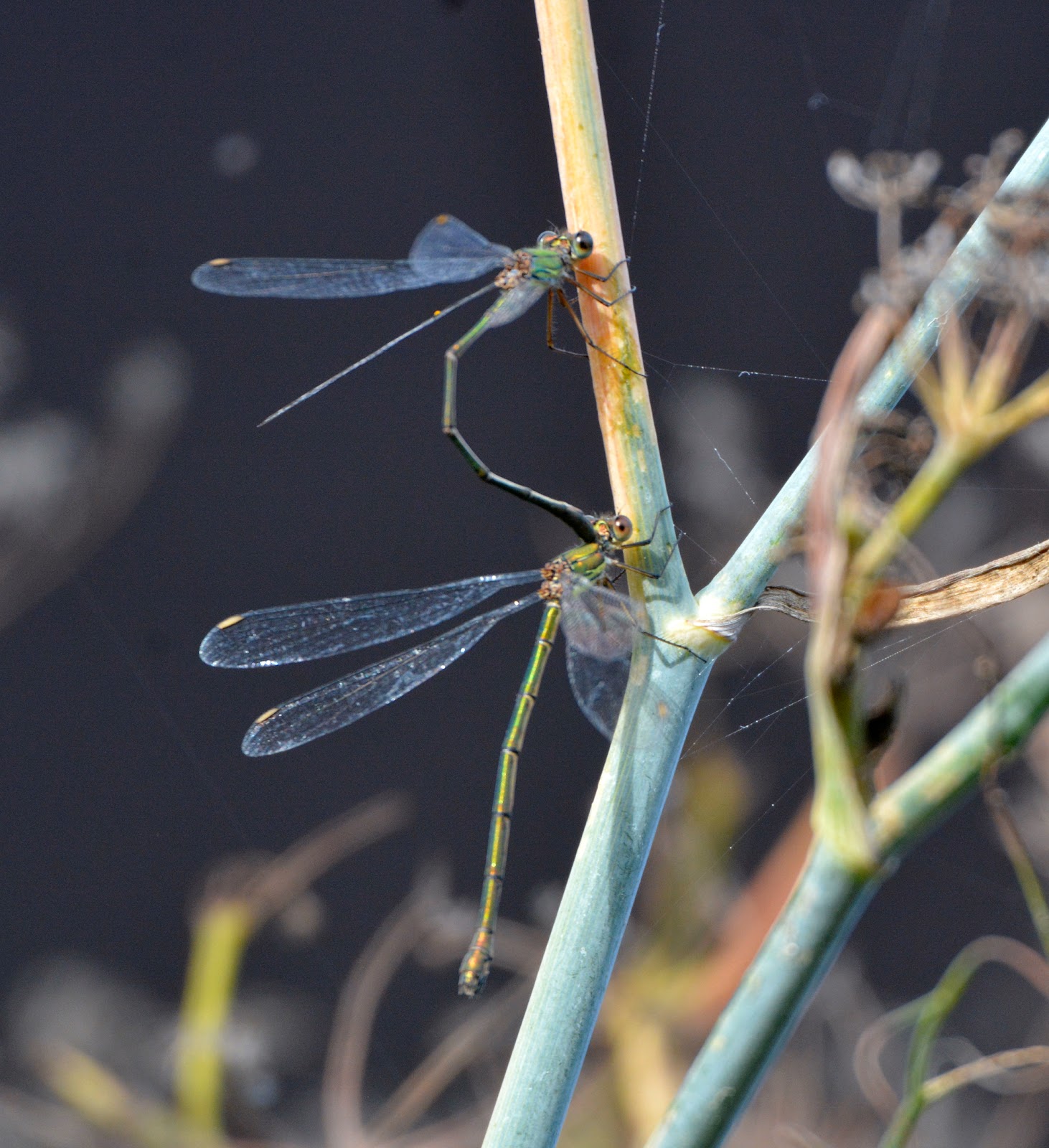 Willow Emerald Damselflies were once again seen in the garden. 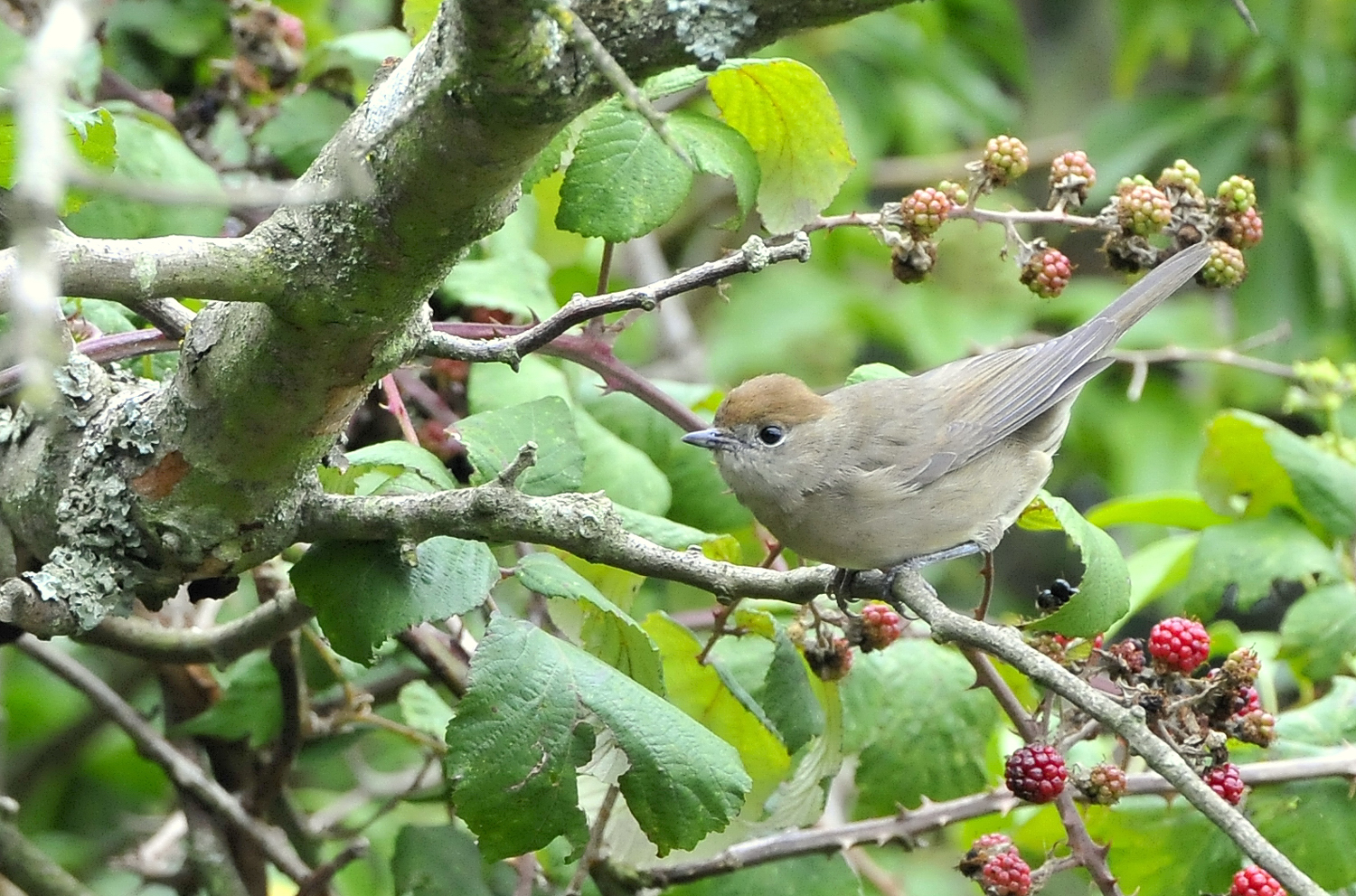 The 2 male Blackcaps were replaced by 2 female ones.
And a second sighting of a Peregrine Falcon as it flew southeast past the house. 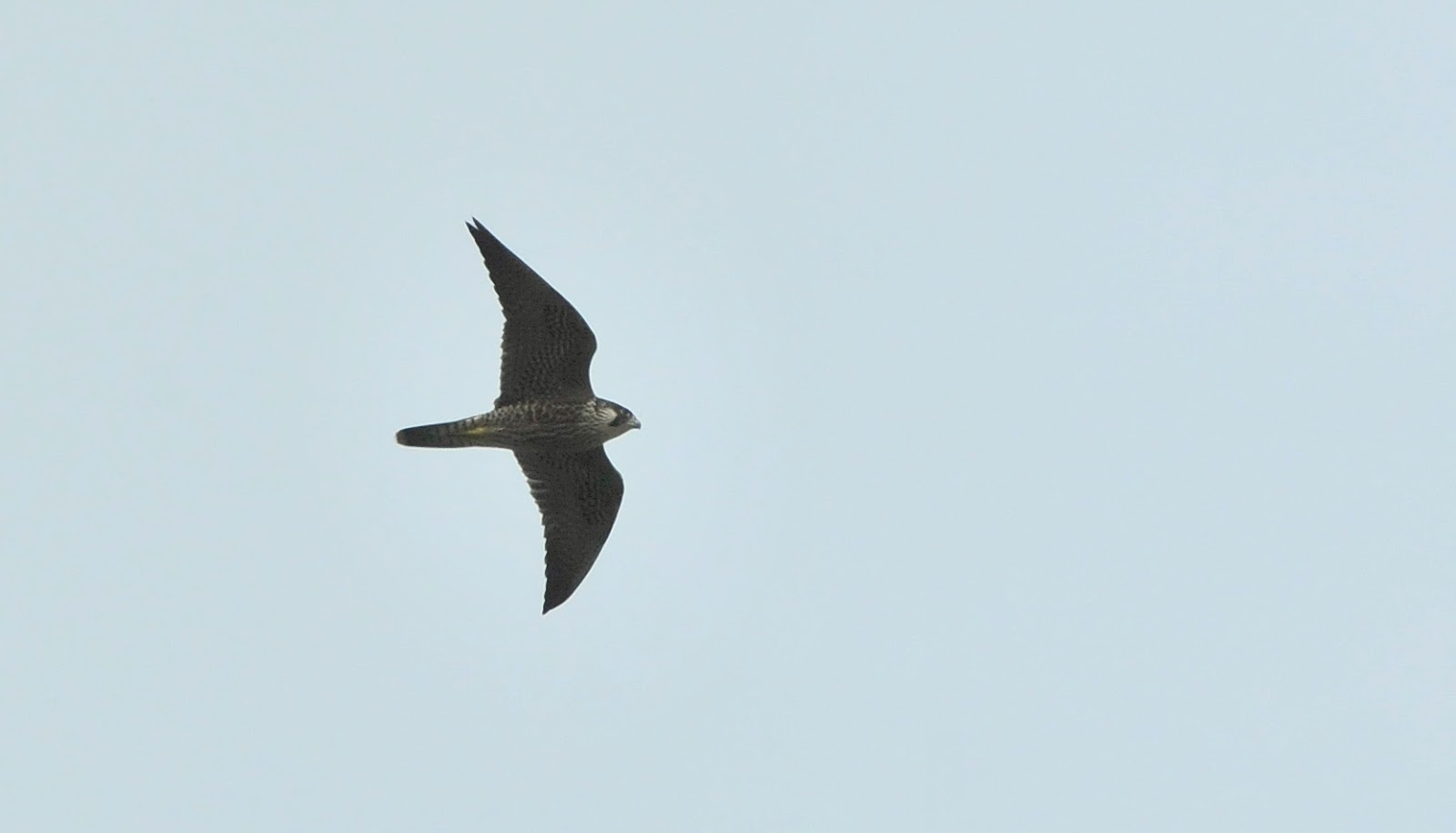 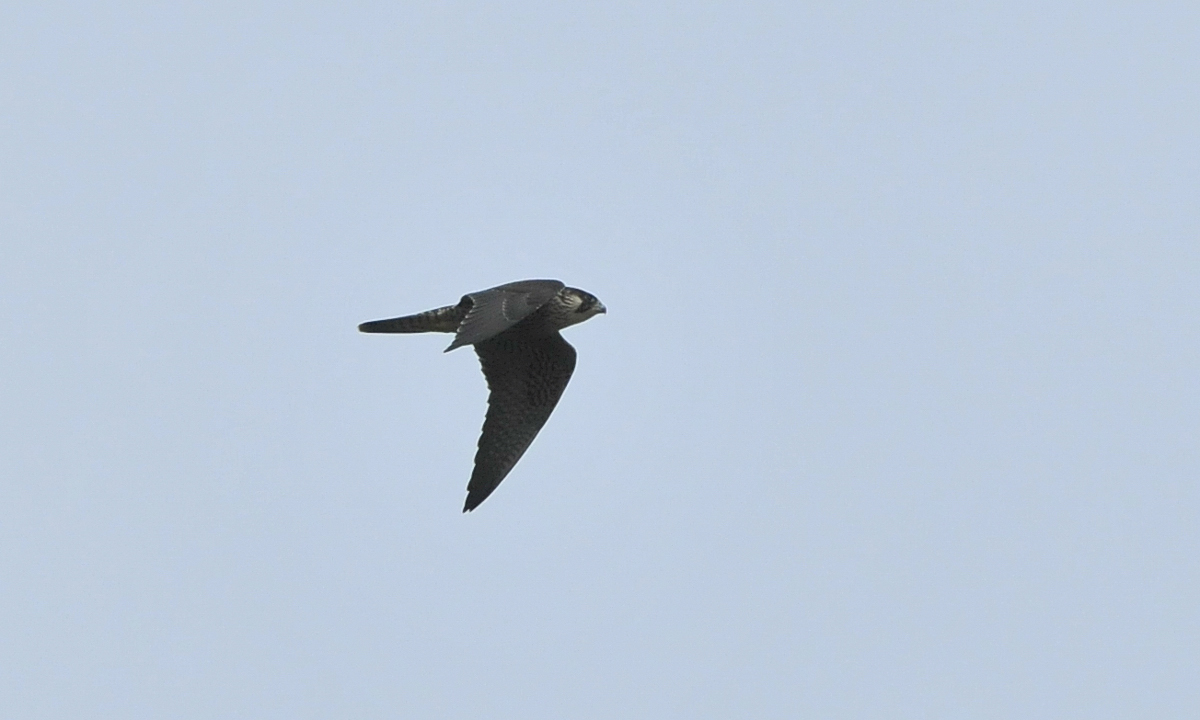