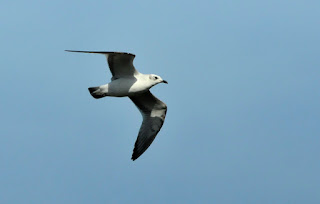 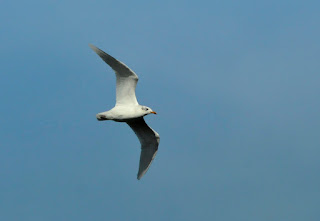 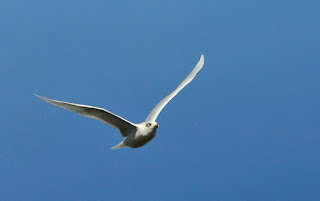 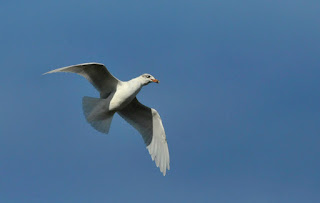 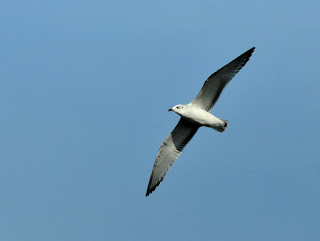 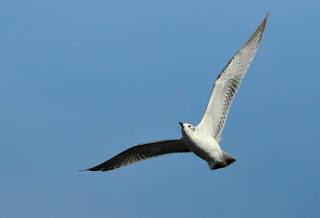 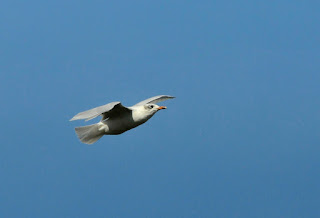 Just over half way through September and it has been very quiet around Trimingham, but not without adding a couple of new patch ticks. At the very end of August I managed to connect with a Juv' Arctic Tern, feeding along the front for some time with a Juv' Common Tern.
Sea watching was slow going but I was starting to notice Common Scoter and groups of Teal and Wigeon moving West at the start of the month. Sandwich Terns moved through in good numbers, and my first new patch bird was a Arctic Skua, there were plenty of reports of Arctic and Great Skuas along the coastline but none had been seen by myself off of Trimingham so it was good to get one of them. In the first week of Sept' I had Red Throated Diver on the sea, a sign of them returning for the not too far off winter! I also watched Harbour Porpoises feeding. There were still numerous House Martins around with numbers passing along the coast with Swallows, but a single Sand Martin had been the first in a couple of weeks, unfortunately the last Swifts seen were on the 26th Aug'. During the last week I had seen a few more birds moving through, Blackcaps were scattered along the clifftop scrub, a Med Gull was on the front, and on the 14th I had the second new patch addition...a pair of Whinchat! I knew there had been Whinchat just along the coast at Cromer but I had not been able to connect with any moving through here, so it was a great addition and a shame I didn't have the camera with me!
The next morning on our dog walk we found a Wheatear, sat up in a ploughed field and the only one seen this autumn so far.
And over the last few days the returning sound and sight of the Pink Footed Geese, over 200 every morning and watched from the bedroom window whilst still in bed! 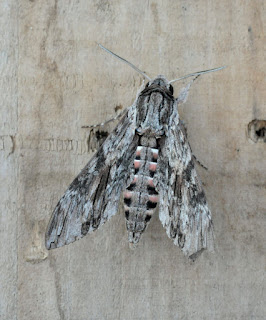 A great find by my neighbour John was this Convolvulus Hawkmoth which he found when clearing stuff in his garden, Sarah and I had seen these on quite a few evenings recently but as always when the light goes on as we step out of the house, they fly off, so to see one in the hand was a real bonus and definitely one that will be painted. 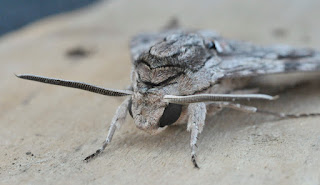 The Convolvulus has such large eyes, and when I first saw one in the garden it looked like a bat flying around it was so large! 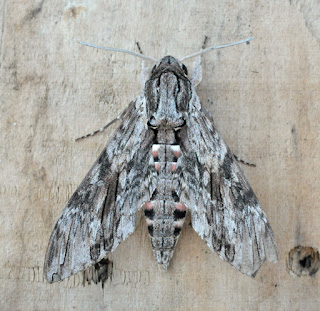 And finally here is some of my latest artwork, I have been using wood as my medium to paint on which is really different and cool to use. 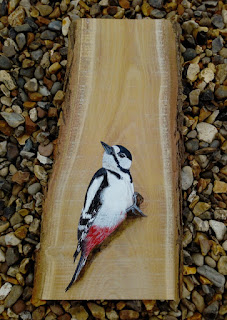 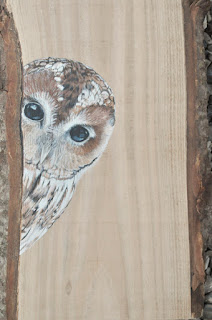 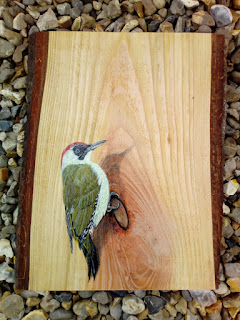