Sunday 5th June 2022
When Andrew Chamberlin found 4 Bee-Eaters not far from my doorstep I couldn't resist to get up there quick and hope to connect. This was only the second time I had seen Bee-eaters in the UK, the first was a fly past not long after moving to Trimingham and now once again in Trimingham my second encounter consisted of 4 birds !
They were very vocal and showed on a few occasions as they actively fed, the weather was awful and so images needed brightening against a dull grey sky. Fantastic sight to see and a big thanks to Andrew. 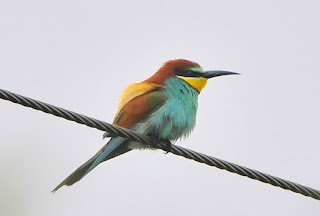 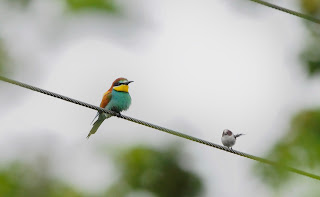 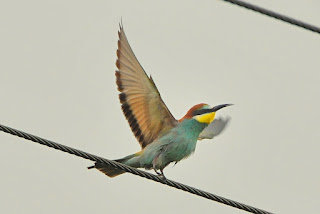 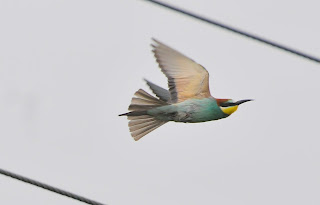 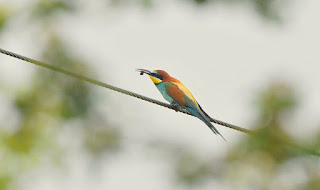 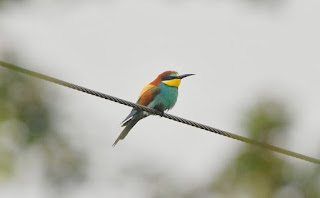 The Swifts Finally Arrive. May 2022 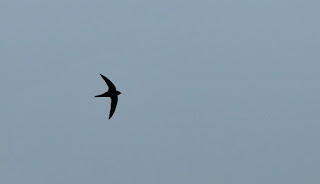 I am so happy once I see Swifts back in our skies again, on a couple of days they were streaming past the house continually, great sights. 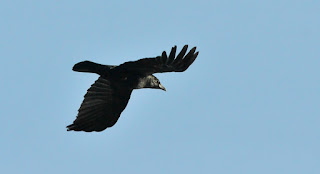 Every morning, it seemed, large groups of Crows and a few Rooks would all head east along the coast, then some would return west later, presuming they were the same birds maybe on a feeding trip to somewhere locally ?
On one morning dog walk we located a Hybrid Carrion/Hooded Crow feeding in a field with crows between Trimingham and Gimingham. More similar to a Hooded crow except that the grey coloured parts were too dark and not the pale light tones a true bird would show.
A  female type Siskin visited the feeders in the garden, and later in the month a Male bird also fed in the garden, so I am presuming there are breeding birds around somewhere. 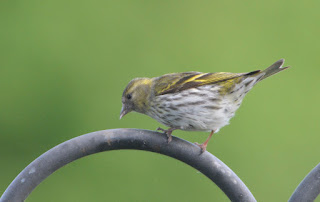 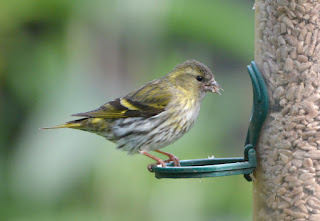 As the month got going there were a lot of Jays being seen moving along the coastal areas north of here, I saw quite a few groups of birds heading over. In the second week of May I walked into the garden and heard my first Cuckoo of the year calling from the churchyard, it didn't hang about as I couldn't locate it when I checked but then Sarah had heard one calling near the village hall so it must of been the same bird still moving further. A quick flyby Hobby past the house was the only sighting all month, fingers crossed the weather warms and I may see more pass over. 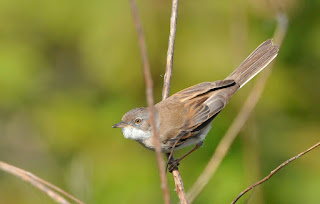 Common Whitethroats still sang from all over the place, some would be very confiding and watch you pass by just feet away whilst singing away. I wanted to see a Lesser Whitethroat, I was still waiting!, and eventually saw one as we returned from a dog walk one morning, and typically it perched in full view knowing I hadn't got my camera..ha ha!
But I did catch up later and get a few photos 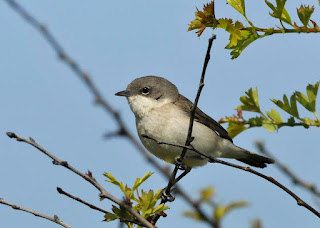 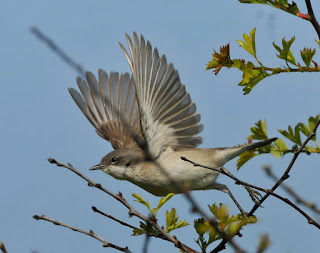 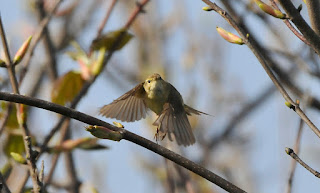 The Chiffchaffs could be heard every day and whilst photographing the Lesser Whitethroat one came down low enough for me to grab photos. 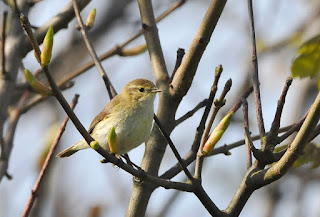 Through the second half of the month you may have seen a mini invasion of Painted Lady's through the gardens. It wasn't on the scale that they sometimes arrive in but it was still numerous nonetheless. They are a quick flying butterfly sometimes disappearing as soon as you notice them, but lovely to see when they stop to feed. 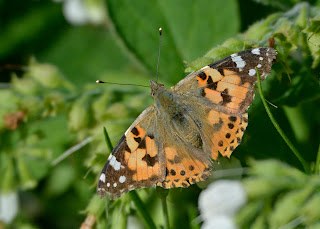 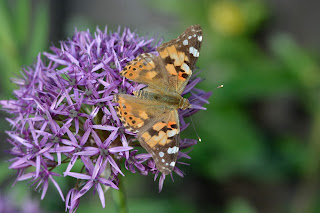 This Puss moth was asking for trouble when I found it in the middle of the lane, so it was quickly moved to a safer spot where it rested until night before moving away. 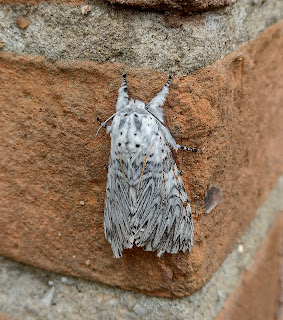 And lastly the Early Purple Orchids. This year Sarah and I counted more plants than ever and they seemed to be widening the stretch they occupy which would be lovely to see a populated bank in years to come, sadly though on another walk past we found that most of the flowers had been cut and taken away. Not a happy sight to see and one I hope doesn't happen again. 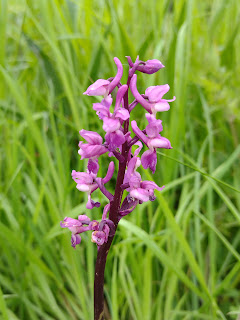 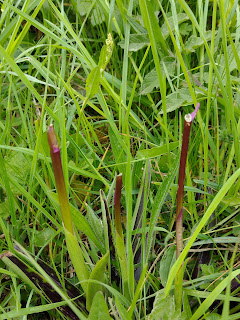