Whilst at Fowlmere in Cambridgeshire, I came across a large group of Common Lizards basking in the sun. They were quite mobile especially on approach, but I counted 15 on one occasion. Eventually with careful stalking I was able to get a lot closer and they became more reluctant to move away. 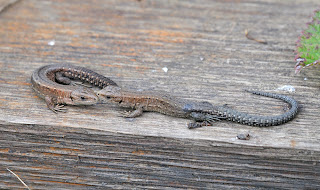 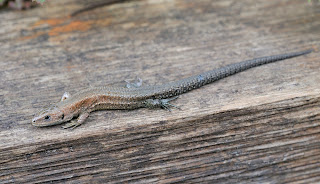 They were virtually all young except for two larger adults seen sunning. The colours were a mixture of browns but some had a deeper blue/grey from the back legs down to the tail. The size was no more than a couple of inches and when a Ladybird came into view it really put their size into perspective. 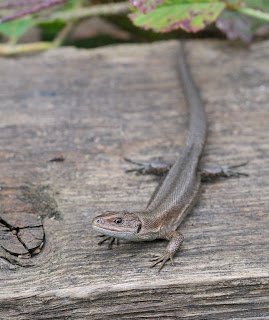 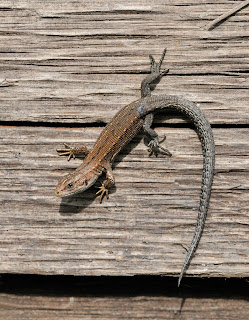 With careful movements and patience I was able to get just inches away whilst they dozed on and off, before moving to shade, only to return minutes later and resume basking. These will continue through to the end of autumn sunning themselves before getting ready to hibernate till the spring. 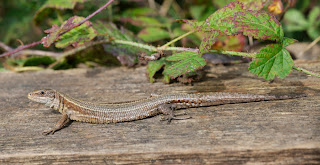 I had never had the chance to see Common Lizards so well before let alone photograph them, I had seen the odd sighting of lizards at Sandy before but never so intimate as this, I was chuffed to say the least. 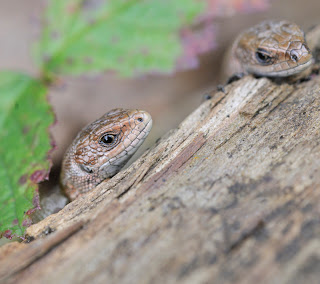 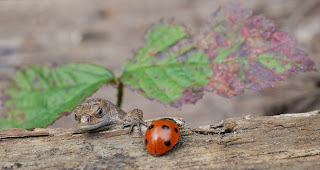 Look how small they are against a Ladybird. 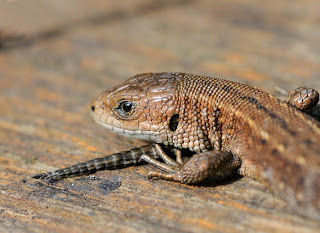