Beach again, this time with a "white arse" on show. September 2013. 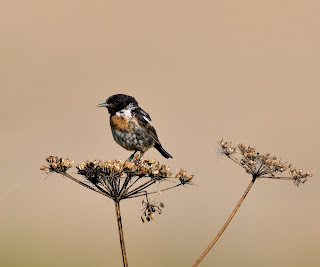 Two days after Sarah and I crashed out at Kelling beach and we were back there again, once again I took my camera gear, happy to sit on the beach and chance on anything passing. First to be photographed were the Stonechats, this time the more colourful bird which did not pose the time before. 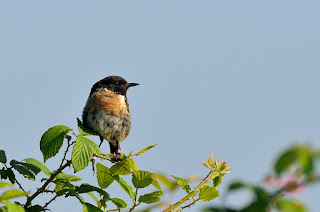 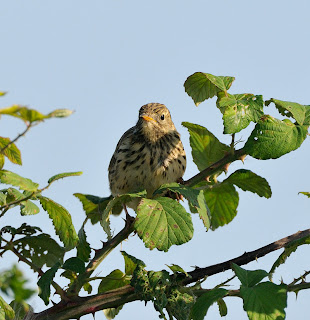 A meadow pipit also put in a close show for me to grab its picture. And then it was off to the beach. 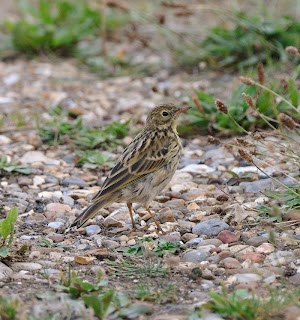 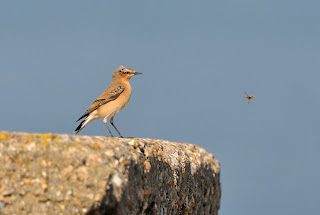 On setting our stuff down on the front we noticed a Wheatear close by, it hadn't been there a couple of days ago, so had presumably only just moved in. And the resident Grey Seal which had kept us company all day previously was there again. It would come up for air and then sun itself before disappearing back below. 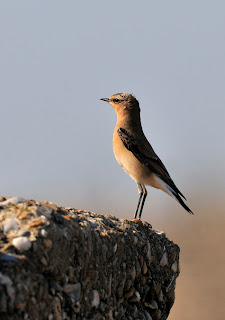 The Wheatear continued to stay around us all day long and I managed to get a few closer shots. It had a lovely rich colour to its upperparts as well as on the underparts. Later on it was joined by a juv Pied Wagtail, which was always close by actively feeding in the same patch. 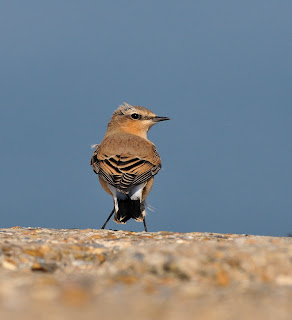 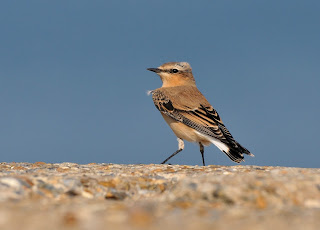 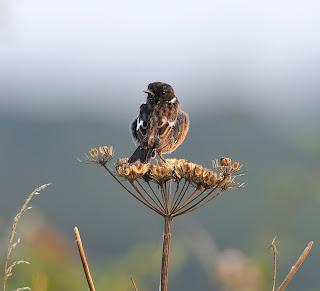 As the day came to an end it was only fitting to end with a few more shots of the Stonechat. 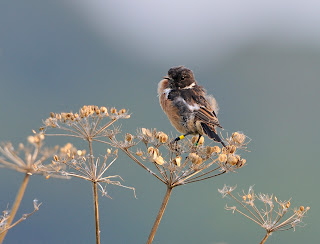