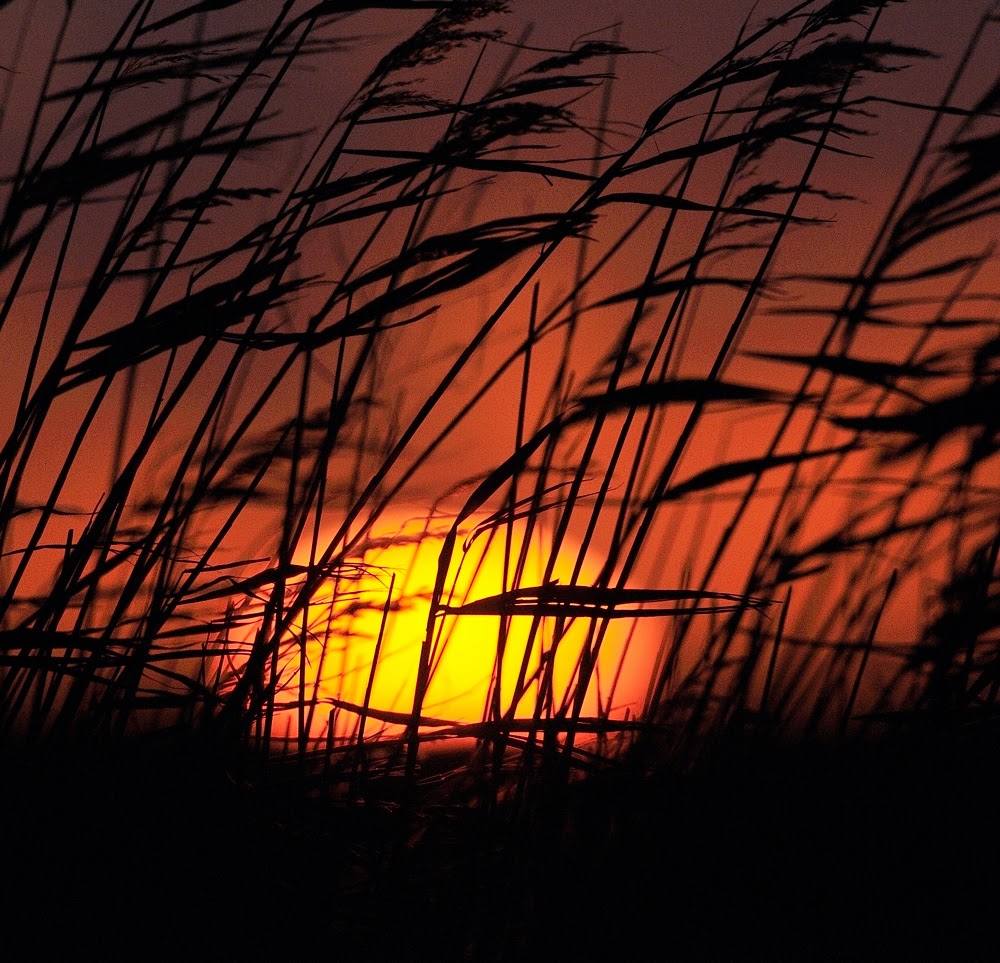 Having to work over Christmas I thought I would get myself out and about when my night shifts had finished, so after the last one I headed off to Boyton Marshes in Suffolk for the "presumed escape" Trumpeter Swans. 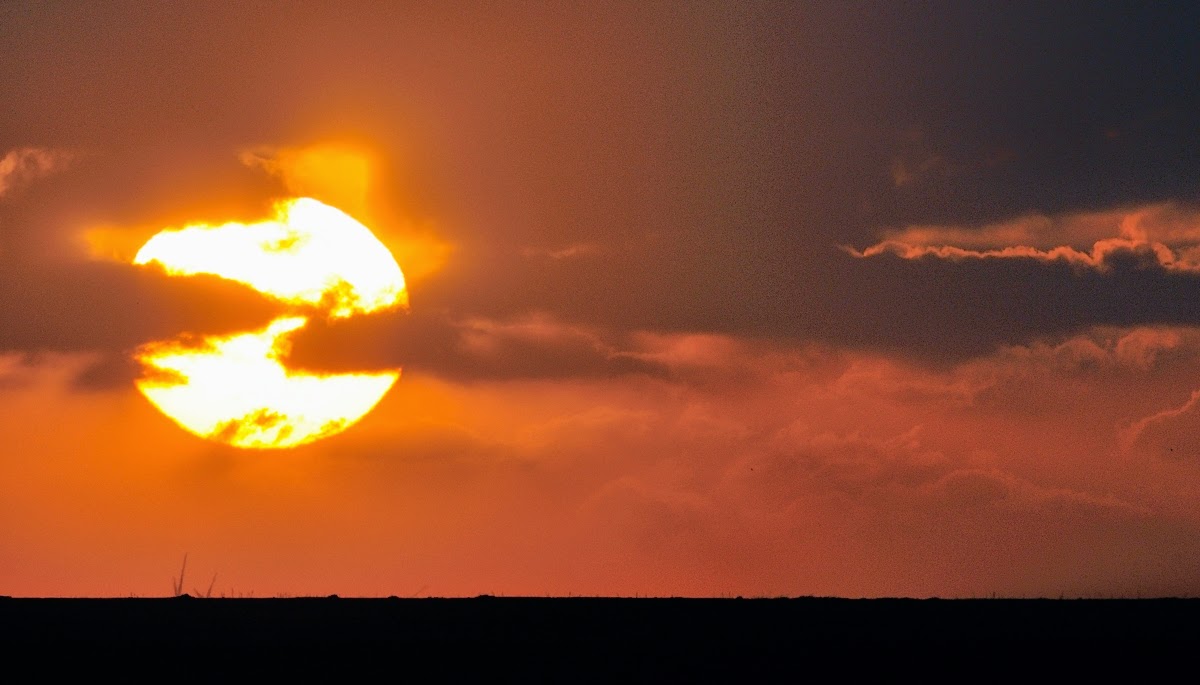 I'm not going to go into the politics of whether they are genuine or not, but turning up on the back of a Winter Bomb and being unringed and reportedly no Trumpeters being declared as escaped then it was an insurance tick that had better than normal credentials. 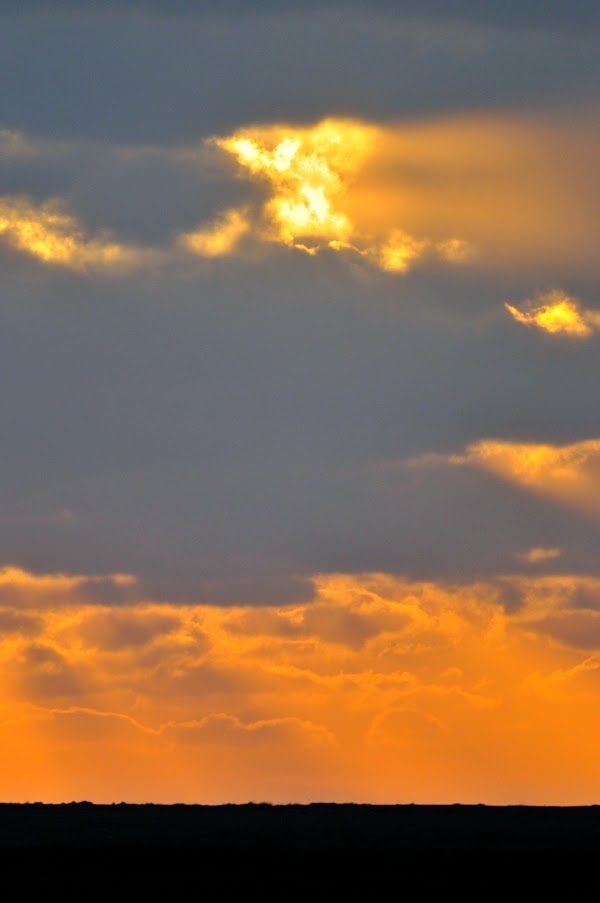 It was a cold and frosty start but the temperature was warmer on the coast than inland. What a nightmare it was trying to locate the reserve, the actual track labelled footpath that I needed was eventually taken and a short walk later, although distant, I could pick out the pair of Trumpeter Swans.

Even at a distance they were easily picked out by the all black bills. 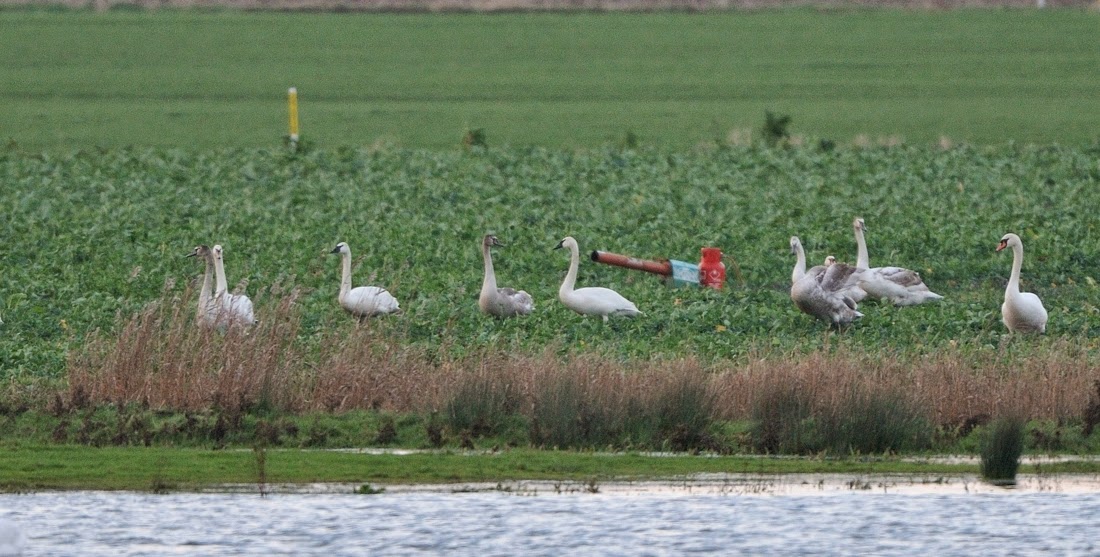 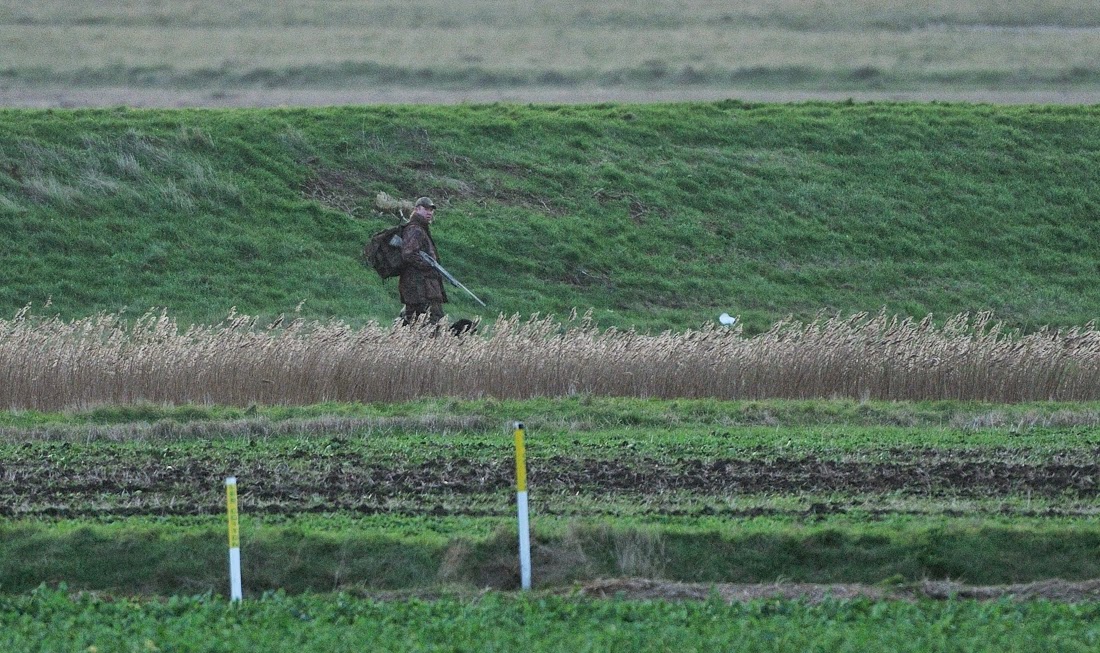 From other birders write ups and images I knew they were not in the same area where they had been viewed and photographed a lot closer before. But on this day it was obvious why they were more distant, namely two blokes shooting. I do not know the boundaries of the reserve but the kelp field the swans were feeding in can be seen at the base of the photo above. They were shooting the other side of the sea wall but the disturbance would not of helped.

With no sign that they would venture closer I headed off for home, but I enjoyed the morning venture out on a lovely winters morning. 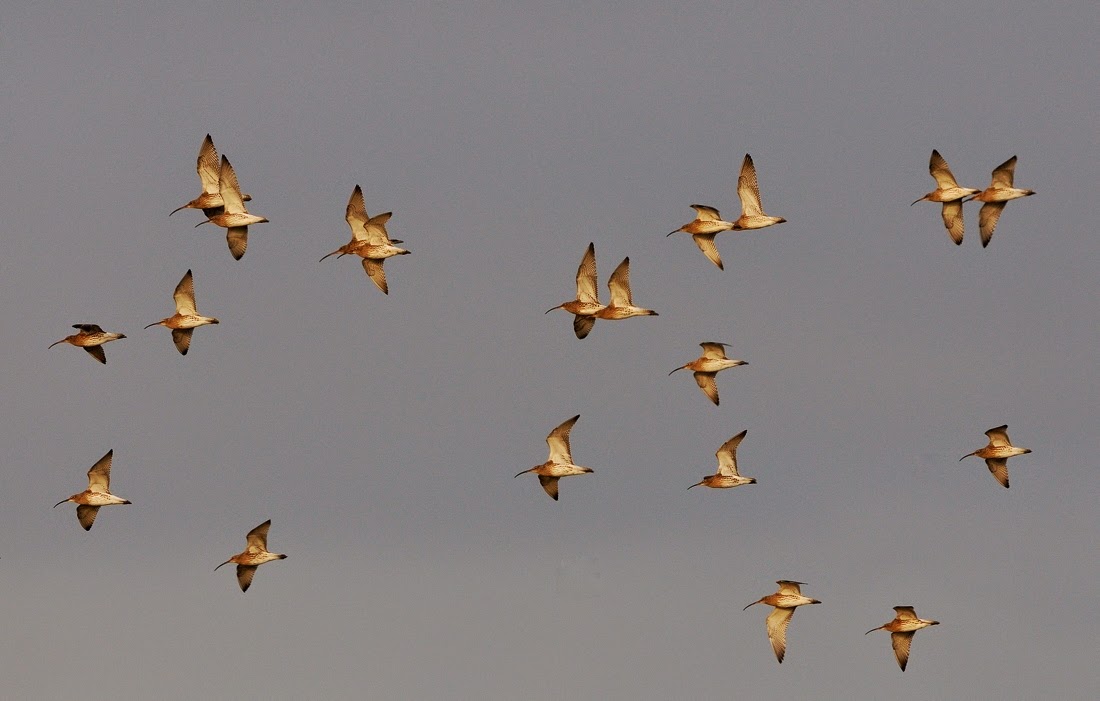