I headed off to Sedgeford for the Blue-headed Eastern Yellow Wagtail that had been hanging around for some time now. I arrived at first light and set off for the manure heap. After an hour+ I had seen just common birds on the heaps and a Barn Owl very close but too dark for photos so I just admired it instead, there were a lot of linnets and pied wagtails in the field behind me and what I thought was possibly the Blue-headed' fly over towards where I had parked the car? After some time and people coming and going I was the last one standing at the heap and still no sign of the bird so I decided to head back to the car and get the blood back into my feet and have a drink, on heading down the lane I noticed there were a lot of cars still there considering they'd all left, I thought they may be checking the hundreds of geese nearby.
No they weren't!! Lined up near my car were all the birders watching the wagtail on the flooded field!! I slowly set my camera down in a gap not too far away and watched the wagtail moving around and luckily for me towards where I was standing. It flitted off for a while then returned back to the flooded field corner to resume feeding. 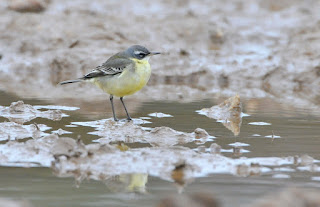 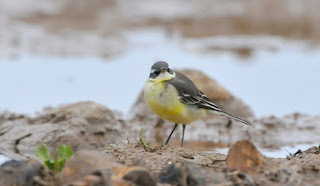 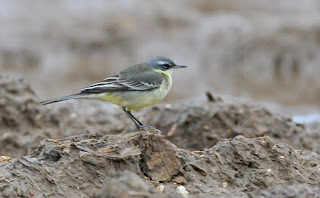 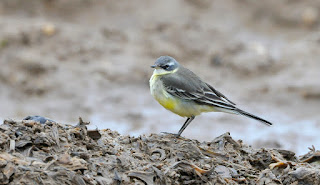 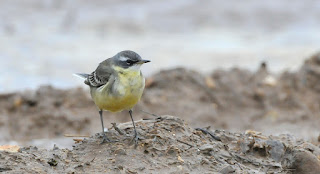 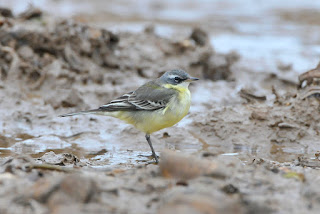 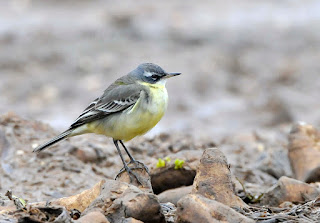