I had a fair bit of work to do in January and so birding was very limited to dog walks and garden, and on top of that it was a quiet month. Nearly every morning I woke to the sound of the Goldfinches calling from Dot and Johns Cherry tree, one count got up to 50 birds before they took flight! The lone male Brambling stayed around our two gardens for a couple of days but moved on, and what was likely the same bird a couple of days later associating with Chaffinches along Church Lane. On the days I did see it from the garden it was either tucked up against the branches or on the other side of the tree posing a challenge to get any photos, and besides that the weather was dull and grey and most birds only appeared as a silhouette, but I did manage a shot and there’s no mistaking a male Brambling with it’s lovely orange plumage. 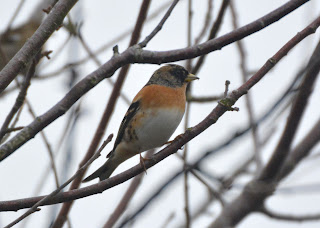 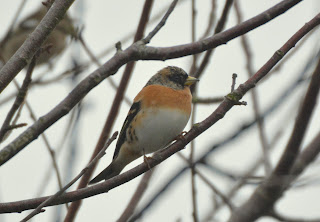 Every so often we would see the Roe deer in some field or wooded area, and the last time we saw them this month there were 5. The ploughed fields and short crop field along off middle street still held a large number of Lapwings, and usually the flock held 300 plus birds! A group of 50 or so Golden Plover flew overhead one day and seemed to join the Lapwing in an adjacent field, not seen too many of those this winter. One day whilst talking to a neighbour at the back of our garden, I saw 3 Mute Swans fly from the coast direction, they then proceeded to turn and fly low overhead and follow the coast road southeast, quite a few swans had been reported around the the same time along points of the coast so a definite movement, which brings me to the final entry of the month and on a day that saw a decent amount of Red Kites reported from here to Overstrand. I saw 3 Kites low together that passed our garden enabling me to get a few images, a handful of Common Buzzards seen distantly towards Sidestrand, no doubt taking advantage of the blue skies and better weather, but the count from Overstrand were 11 Red Kites circling over the ridge. 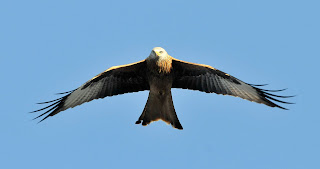 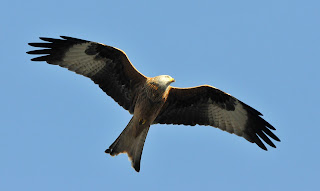 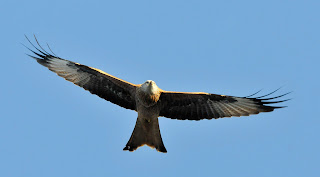