What a month October turned out to be...despite Covid !

The month turned out to be a productive one and an eventful one too, with migrants on the move, mild weather and to add a back problem that keeps flaring up and to top it off Sarah and I both got Covid ! It was a month to remember for sure.

October started with a few sightings of Swallow and House Martins. Skylarks were passing over the house in small groups or single birds, on the sea the Red throated divers were increasing. On the 2nd there were lots of groups of House Martins heading west, increasing numbers were also seen further up the coast too. A fox was seen hunting on the cliff slopes, pouncing on presumably voles or mice. 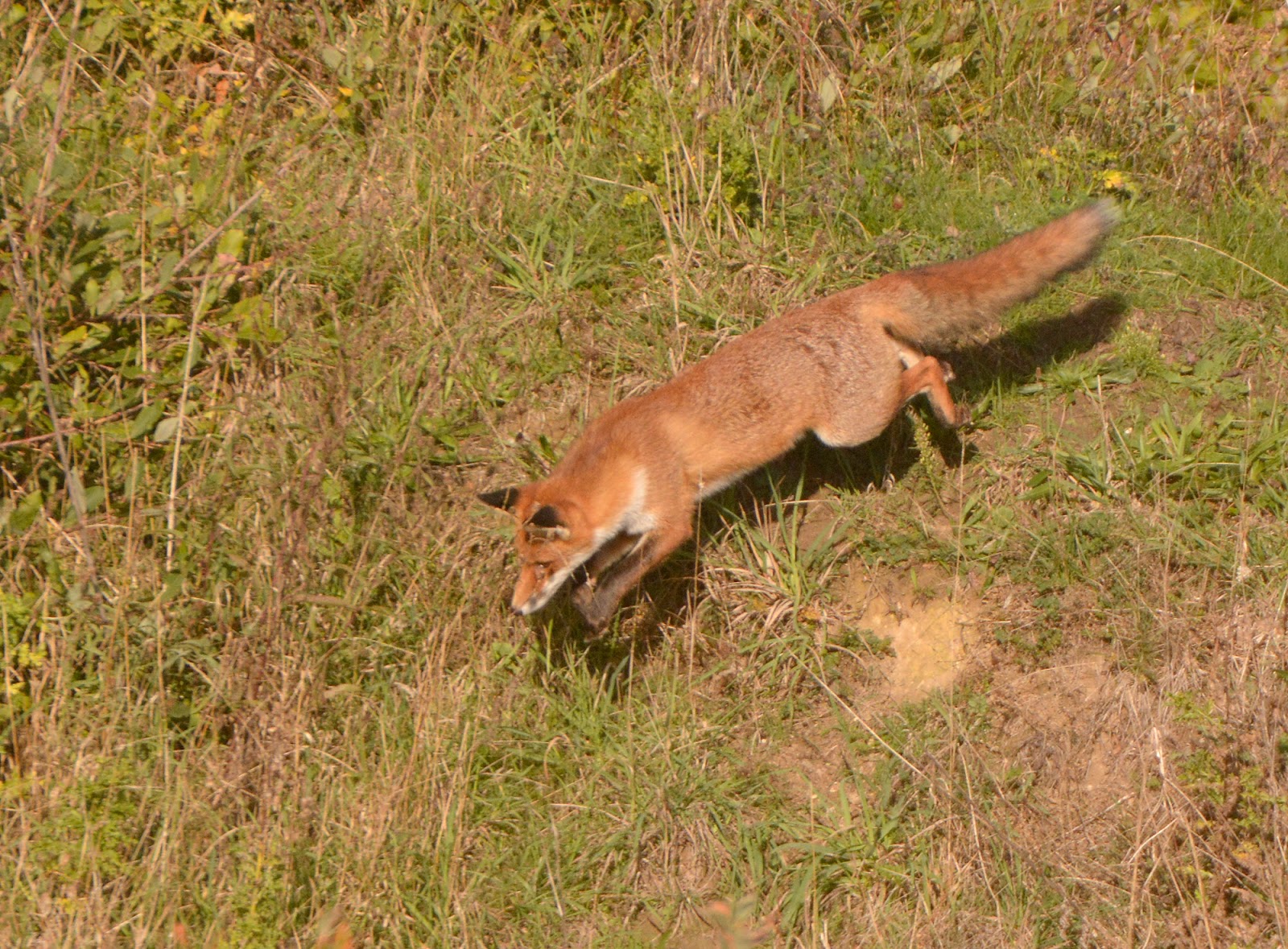 I also saw my first Stonechat of the autumn. 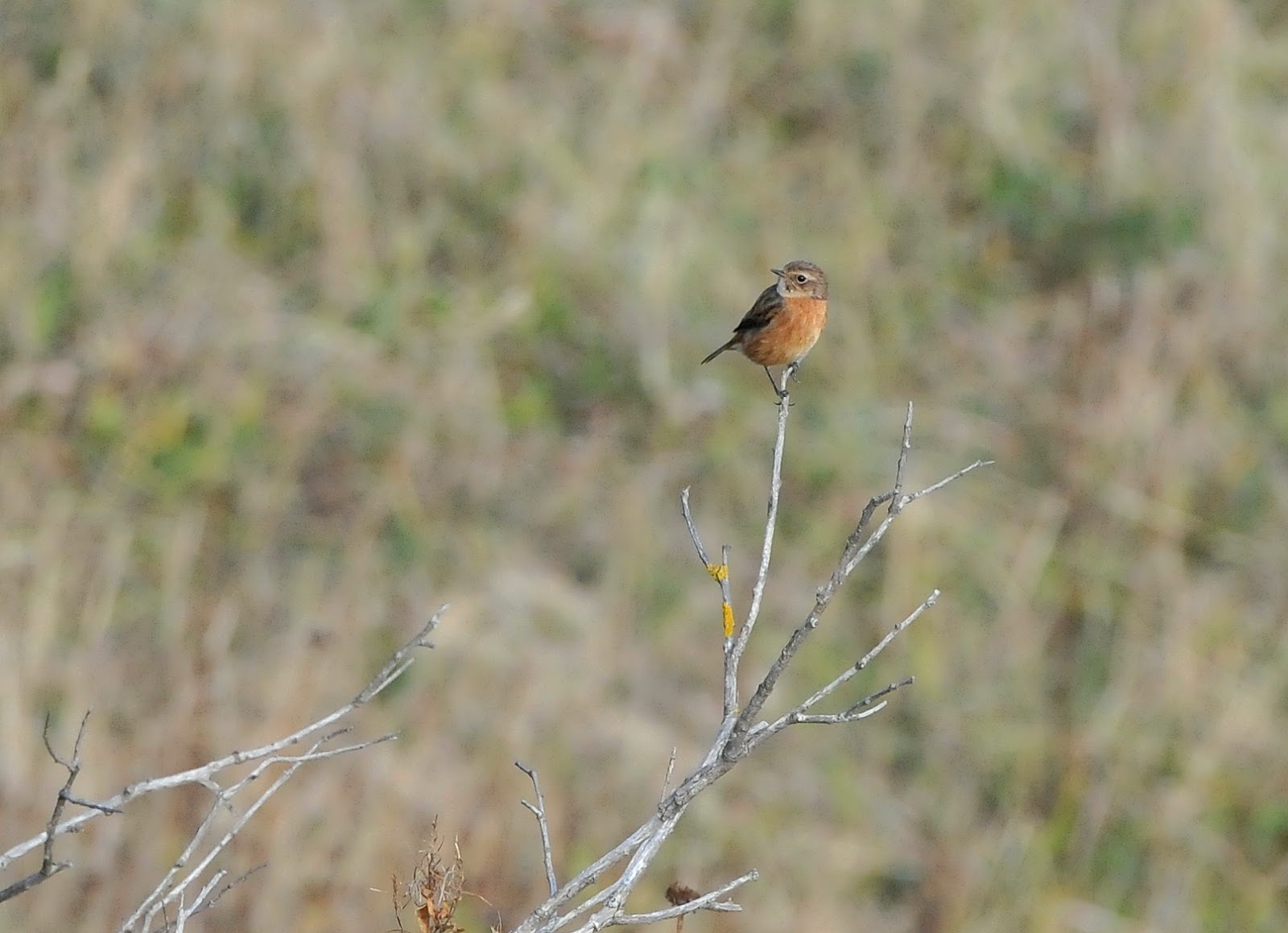 On the 9th I saw a Hobby fly past the house, with so many house martins about it wouldn’t go hungry!
I had a single goose fly towards the house from the sea and it turned out to be a White fronted Goose, just the second time I had seen that species on the Trimingham patch. 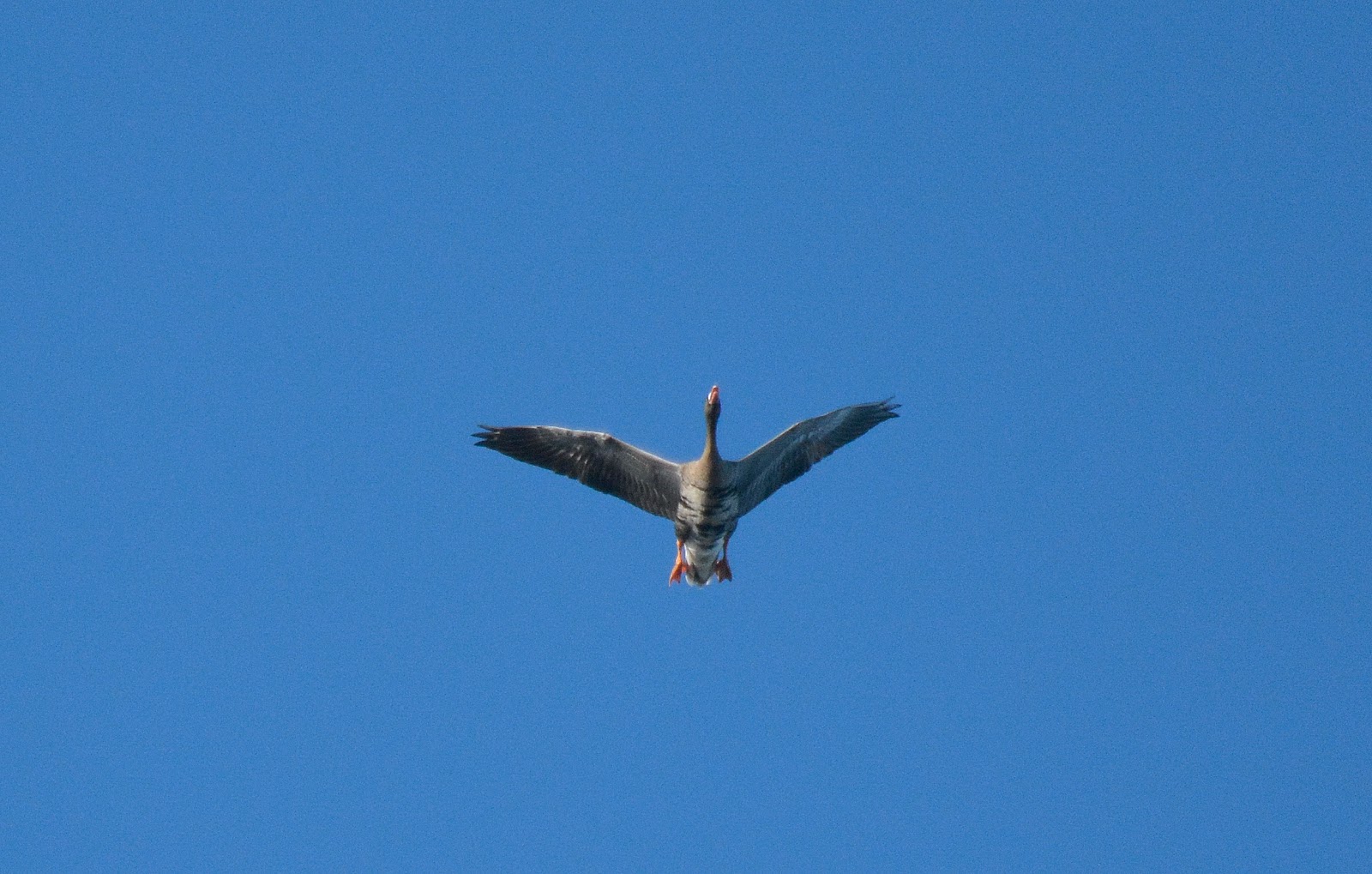 With the weather holding out there were still butterflies coming to the garden along with Hummingbird Hawkmoth and Brimstone. 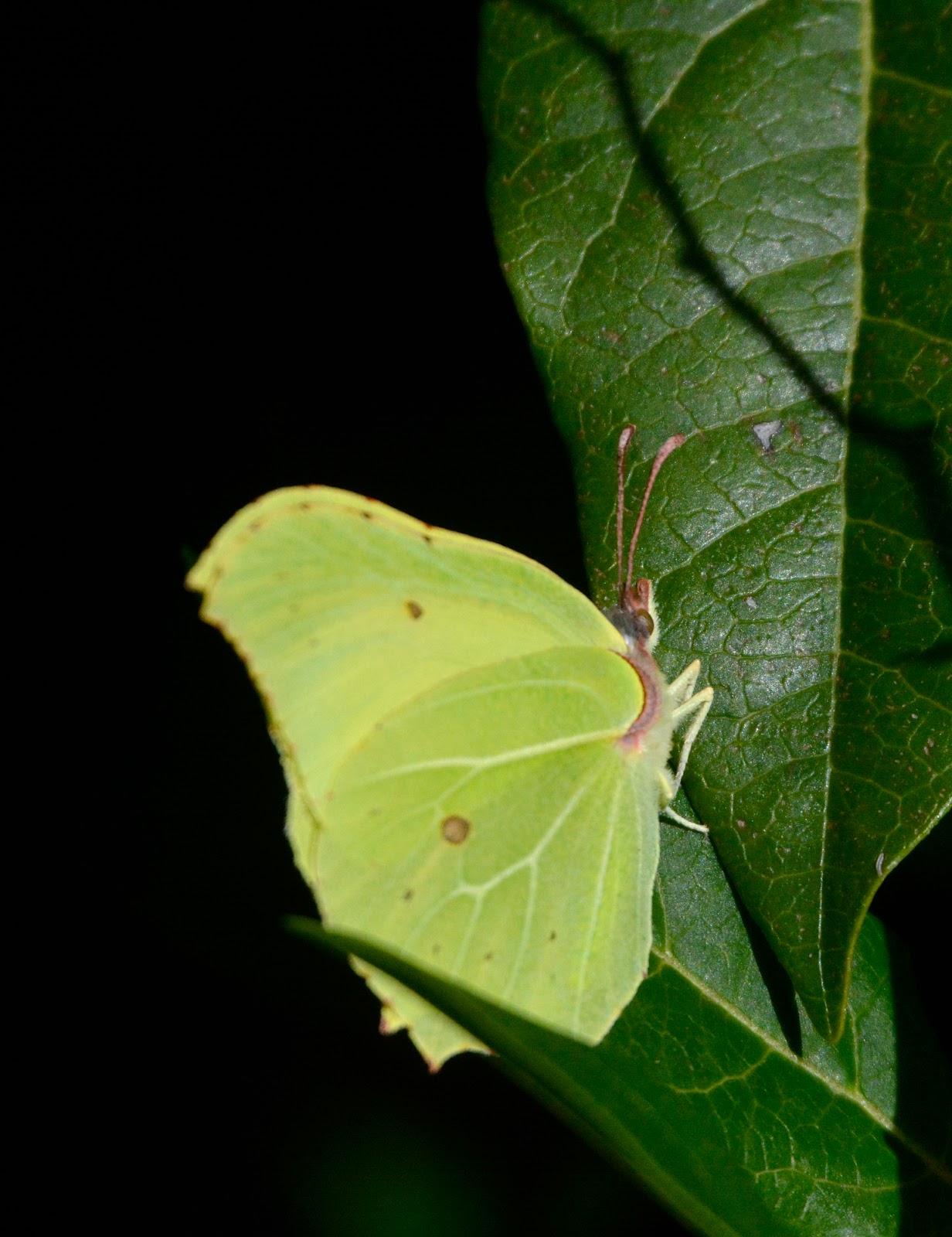 A Basking Shark was reported heading east from Cley, so I spent a while scanning the seas in hope of connecting but unfortunately I was not to be lucky. A lot of finches moved along the coast during the second week along with Pipits and a count of 12 Blue tits in the garden was a great sight, no doubt dropping off on their migration to feed up.
House Martins were still being seen passing into the second week. 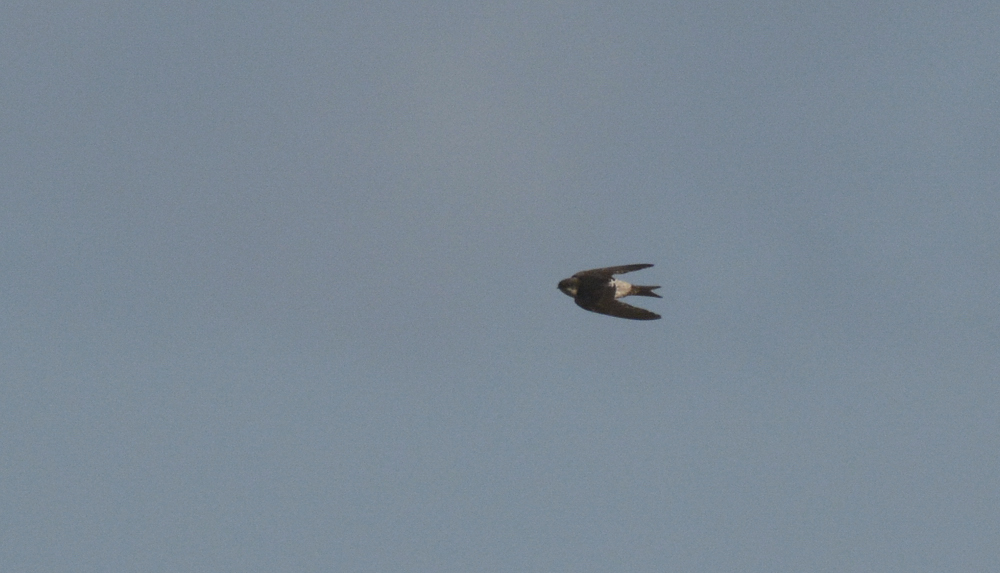 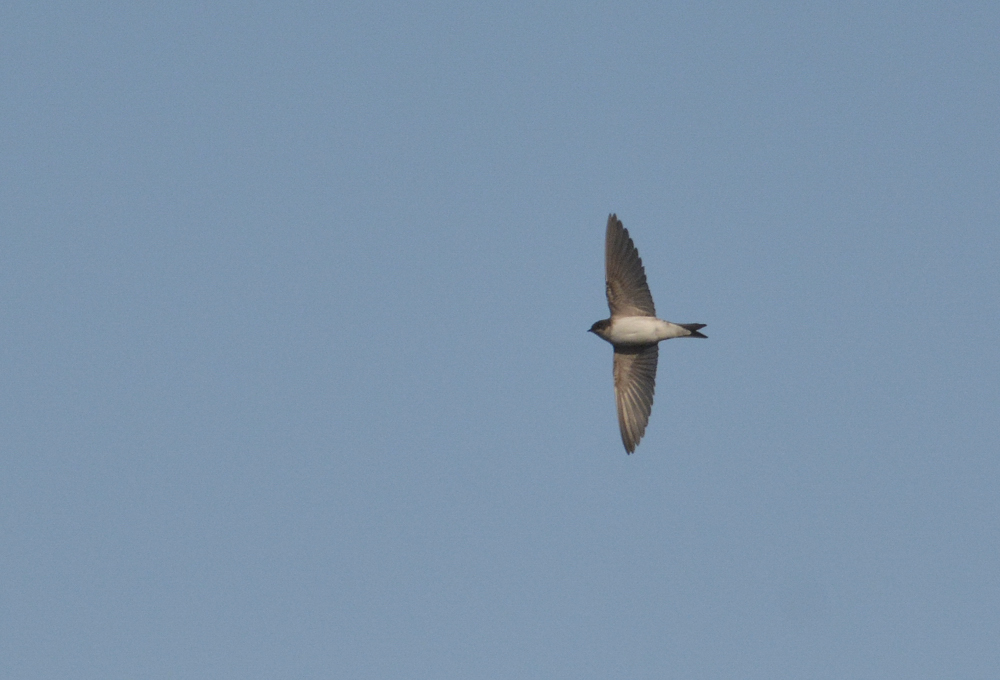 On the 13th whilst on the morning dog walk we saw an estimated 500 or more Starlings passing over in groups! Also noticeable were an increase in Blackbirds, mostly 1st winter birds ( plumage is more dusky black and the bill colour is black unlike the bright adult bill colour) and Mistle thrushes were seen and heard a lot. 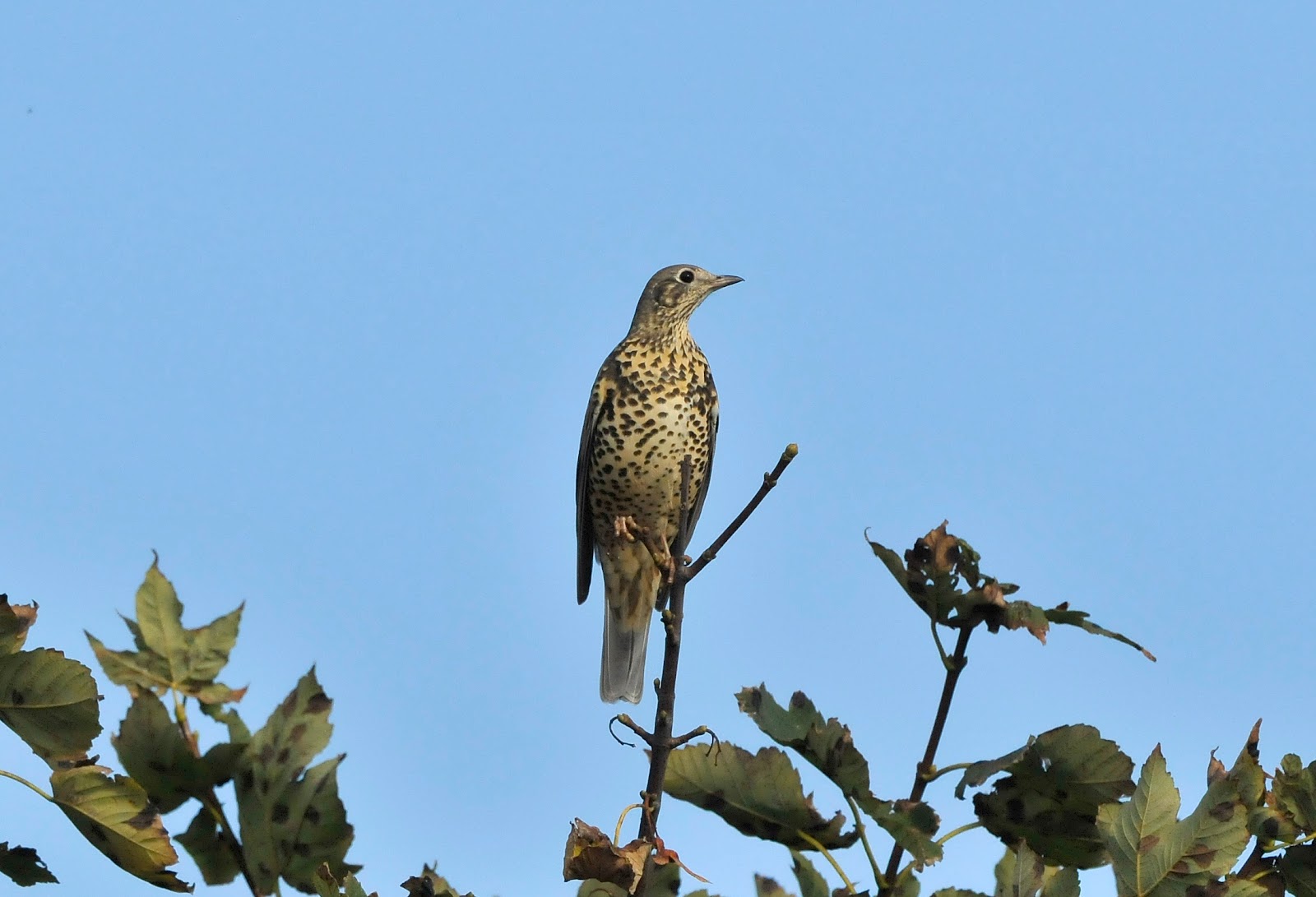 Redwing started to flock across the sea, and I could see increasing numbers from the 14th to the 19th, the biggest group of around 50 or so was soon to be beaten the very next day on the 20th. The worsening weather greeted the hundreds of thrushes that were seen coming in off the sea and flying straight to cover for rest and feeding, the garden was alive with blackbirds, the odd song thrush but mostly all redwings. A group of 30 Lapwing was a decent number and probably the largest I’d seen from the garden. As the weather cleared somewhat, I picked up on a Black Redstart that was feeding around the rear of the garden and alighting the neighbouring roof tops, my second sighting of one of these from the garden. 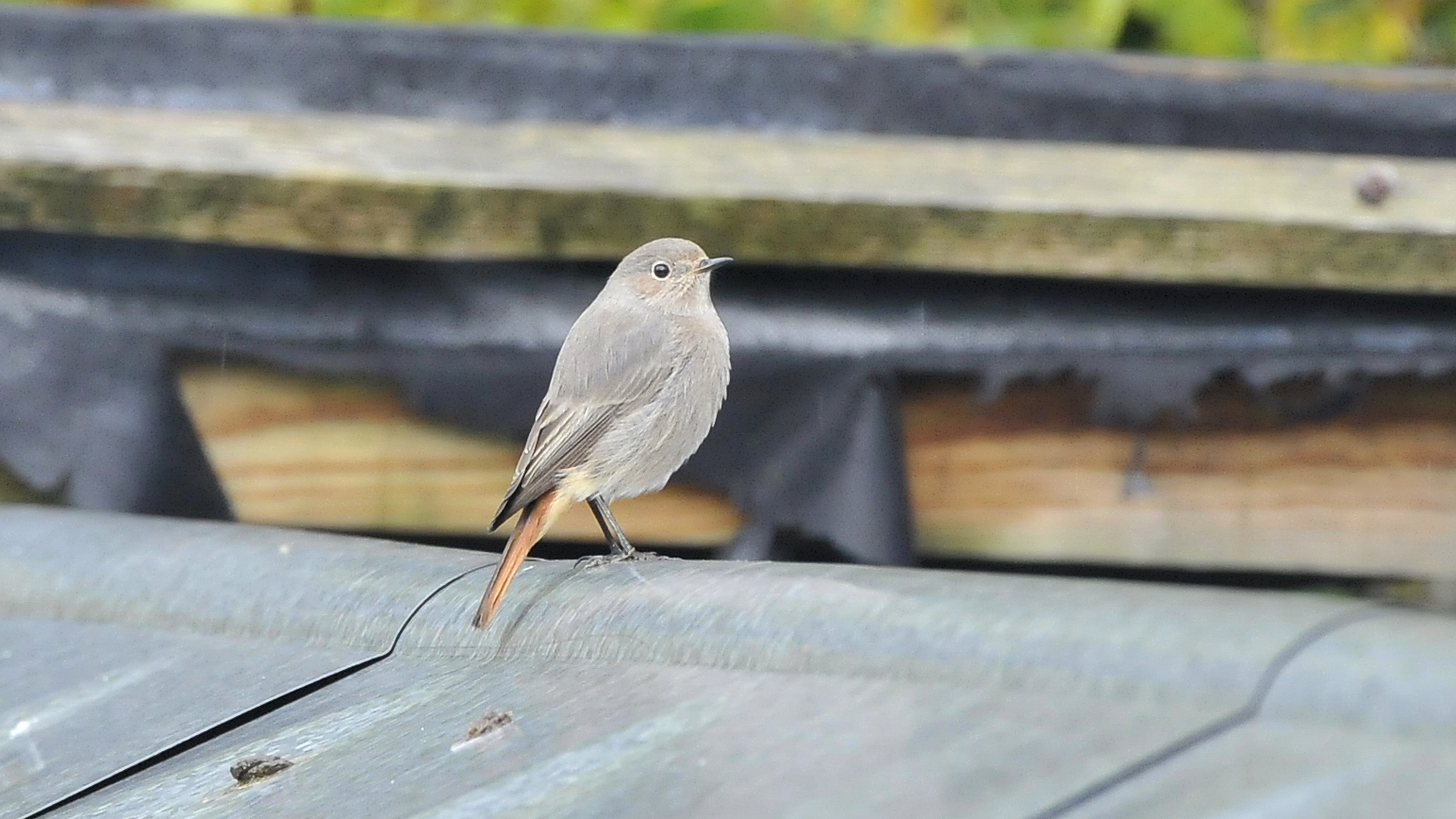 The ever increasing flock of small birds in the clifftop field, made up of around 400 or so Linnets and a hundred or so Chaffinches, I also saw a lot of Meadow Pipits and a couple of Brambling mixed in. A lovely sight watching them all take to the air. 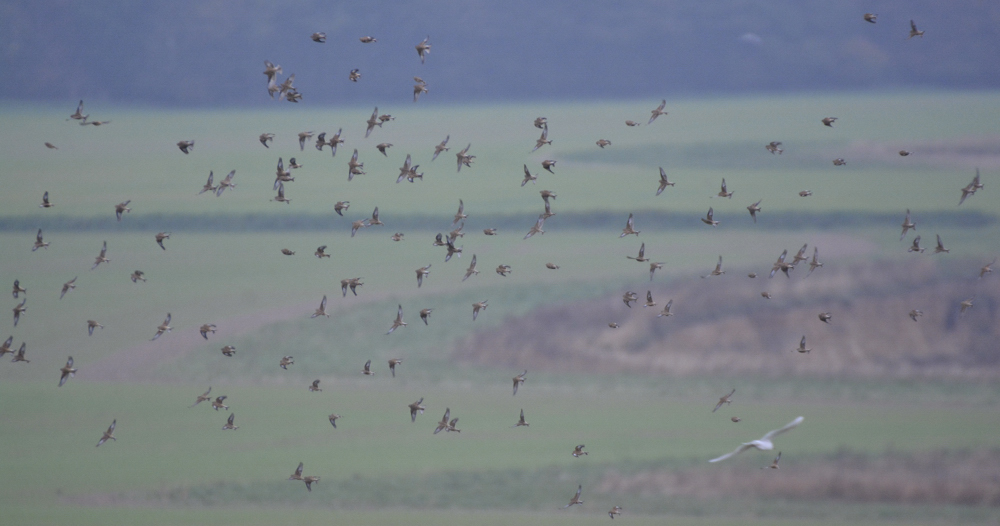 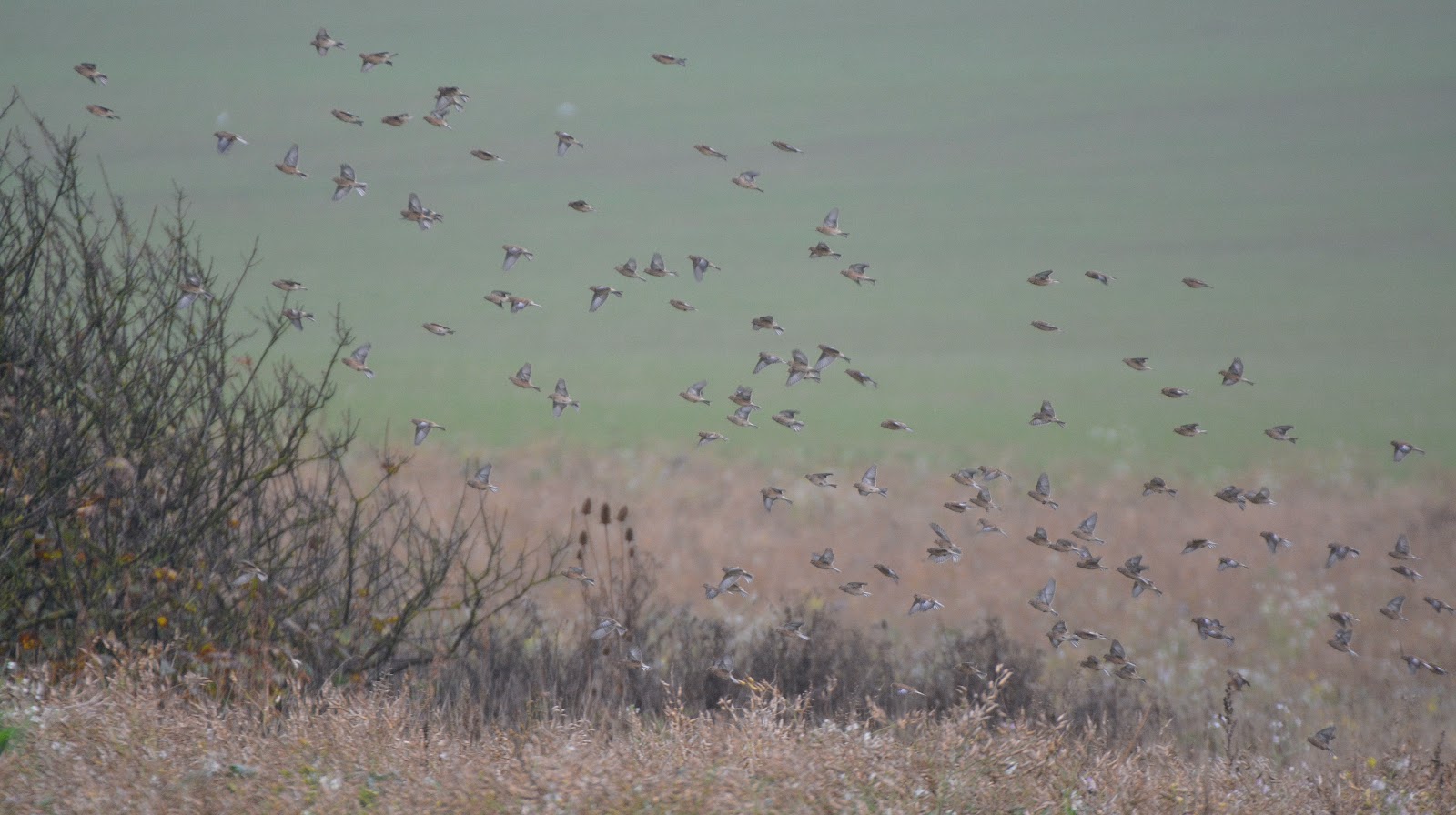 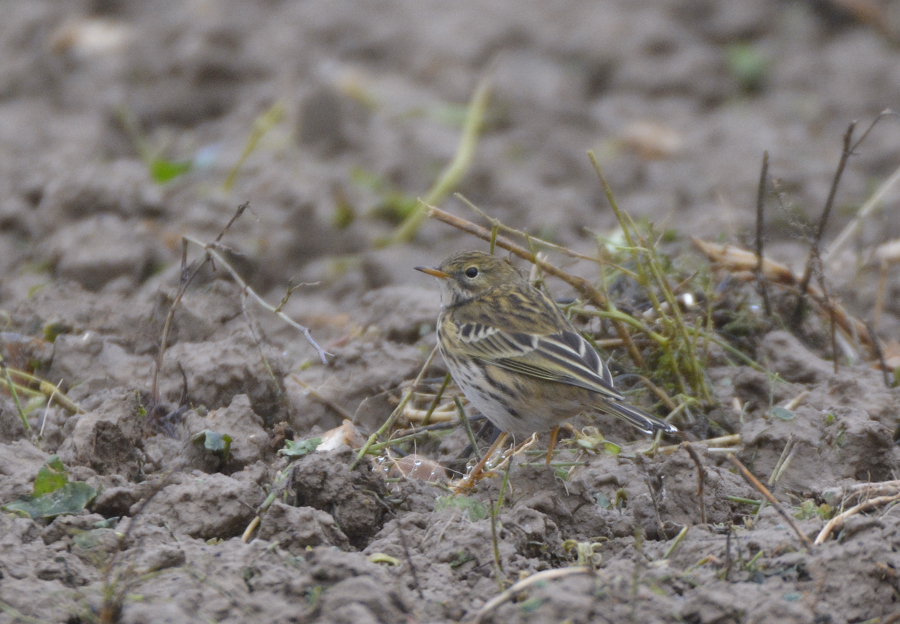 On the 21st I got word of a Yellow Browed Warbler along Church Road, so I headed out to try and get a sighting of a favourite little bird. I spoke to the finder before he left me to search on my own, unfortunately I did manage to find the bird, so I presumed it had moved on, but I would check over the next few days just in the hope it was still around. A worthy substitute  was a lovely little Firecrest which sort of made up for not seeing the warbler. 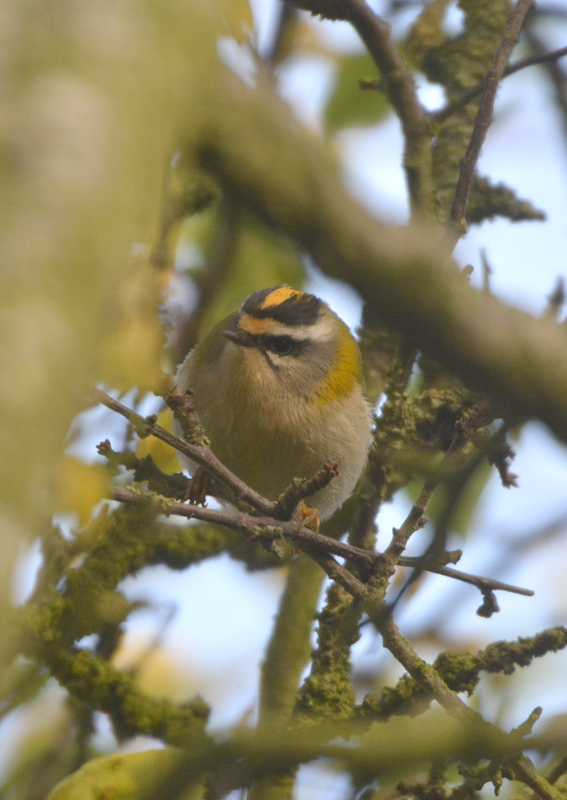 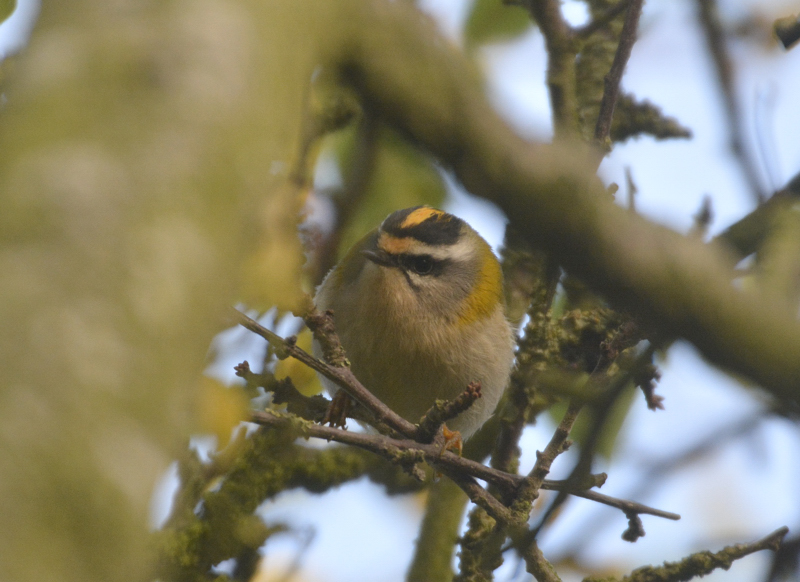 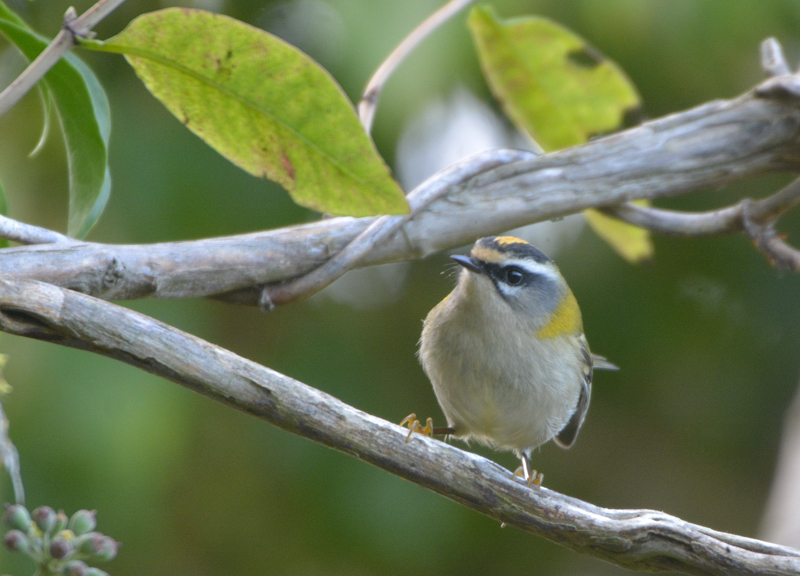 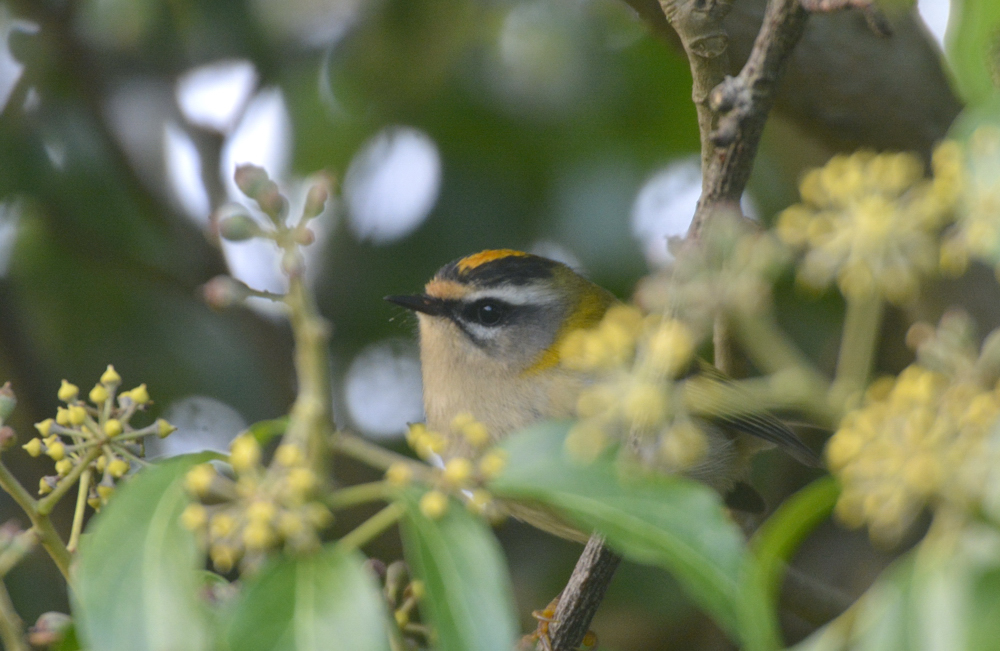 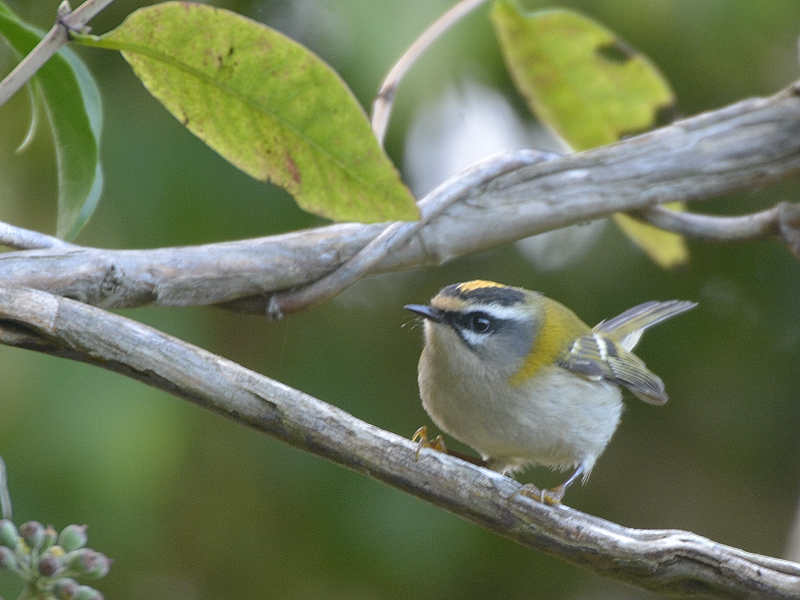 On the next day whilst Sarah and I were cutting up wood at the bottom of the garden, Sarah noticed 1 couple of Buzzards over the clifftop, then sighting 3 more large birds coming into view from the coast and heading straight overhead, these 3 turned out to be Ravens! Typically I had no camera to hand but what a great sight to see 3 pass over the garden.
On the 24th I stepped out of the house early morning, the skies were dark and grey and low cloud, I then glanced up and to my surprise saw a Swift bird flying past, I eagerly went to get my binoculars for better views but the light was making it just a silhouette, but even so seeing a swift at this time of year immediately got me thinking of a Pallid Swift, a scarce swift that regularly visits our shores, usually at this time of the year or into November, and usually after our common swifts have long departed. A few hours later I heard a report of a Pallid Swift being seen at Sheringham! Surely it must have been the bird I saw from the garden?
Over the next couple of days birds were still moving over, Canada Goose and Barnacle geese were the first of the autumn, a single snipe flew in from over the sea. On the 25th a report of a Pallas’s Warbler in the clifftop wood was too good a bird not to go and see. The last one I had seen was a bird I found along Church road which showed well, this bird on the other hand was very elusive, giving itself up to a few people high in the tree canopies I had to wait nearly an hour before it called above my head in the tree top, 3 times it called giving itself away, before we caught a brief glimpse of it moving around feeding and then it vanished. I had to leave shortly after but it stayed elusive for the remainder of its stay that afternoon and was not seen the next day.
And now back to the Pallid Swifts, there now appeared to be up to 4 birds that were ranging between Sidestrand, Overstrand, Cromer and Sheringham, they just never seemed to push this far along the coast, but I was hopeful, indeed there were a lot of Pallid swifts that had ventured into the Uk with the mild weather we were experiencing. Then on the 28th I watched 2 swifts approaching the house! The light wasn’t particularly great but better than last time and indeed I could now see that they were Pallids. I could now definitely add this to the Trimingham Patch and Garden Lists. 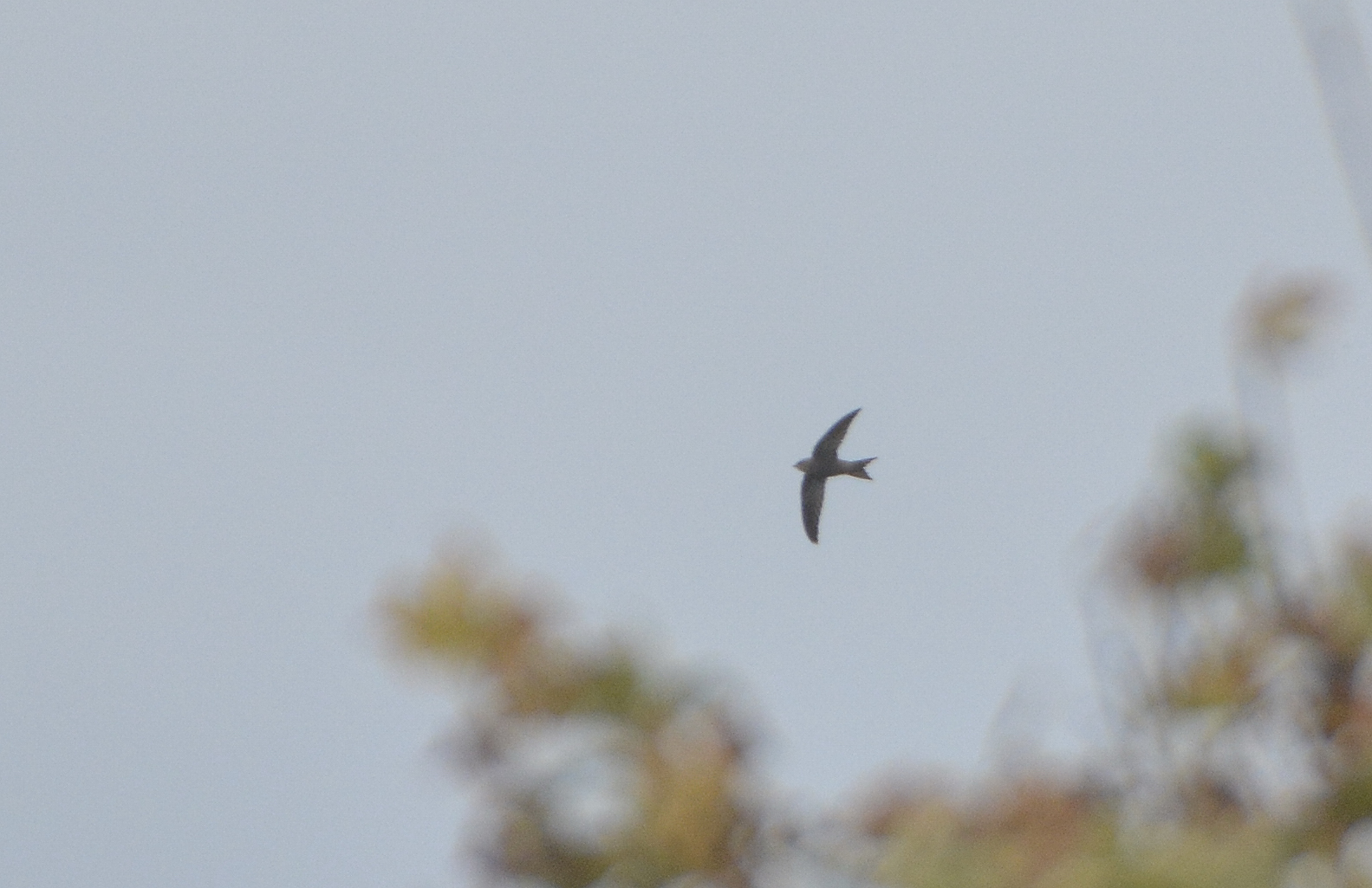 They didn’t hang about, moving off over towards the sea to feed.
The last time I had put out my moth trap was the 2nd July 2021 !  With reports of migrant moths being seen around the UK I decided to give it a go and although the damp was so heavy I thought it had rained overnight, I managed to get a fair amount of moths in the trap and added 2 new species for the garden list, one was a migrant moth that I hadn’t seen before, so I was pleased. The Garden Moth list now stands at 255 macro species. 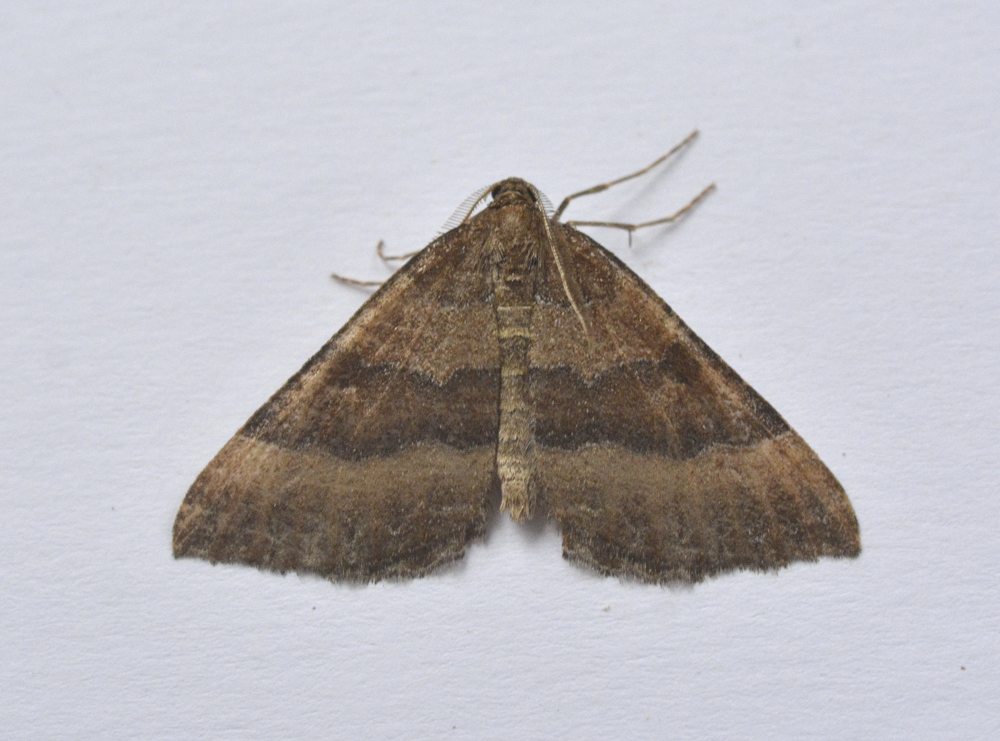 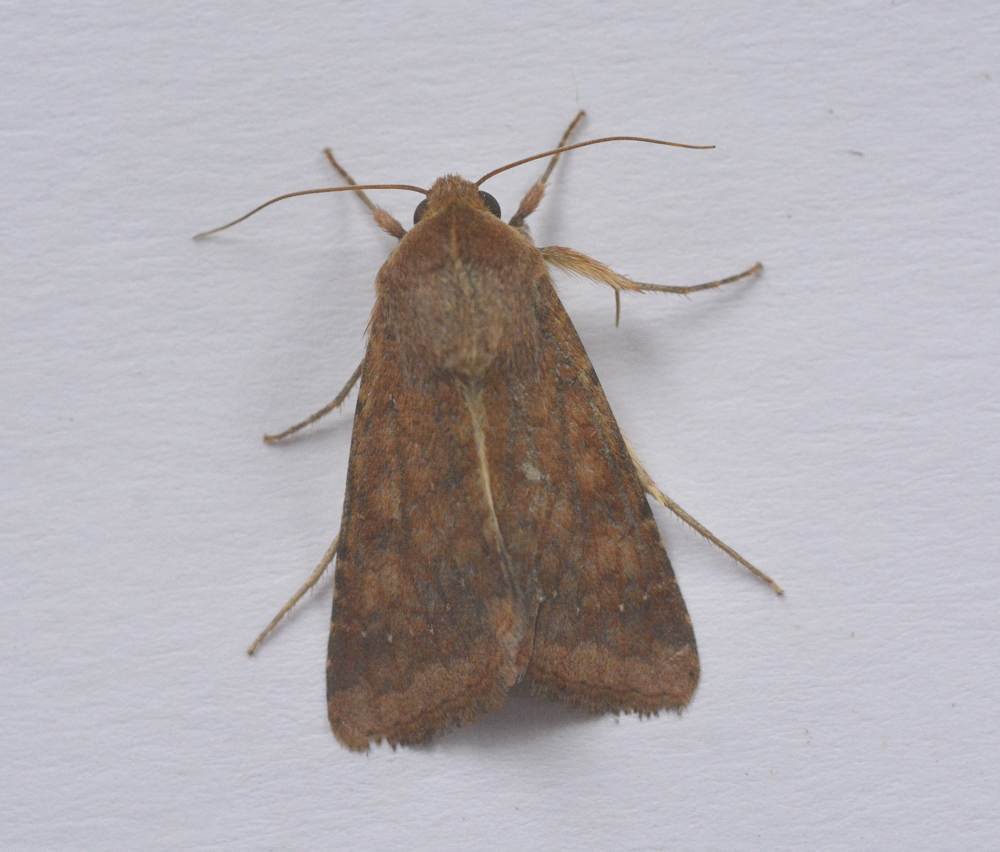 Scarce Bordered Straw
This brings me to the last day of October, Sarah shouted at me from the garden….SWIFT ! I got out into the garden in a hurry to see another sighting of a Pallid Swift drifting past the garden, the light was somewhat better than previous encounters and this time Sarah bought the camera to hand in time for a photo or two before it drifted off east along the coast. What a month that turned out to be, and the Trimingham Patch Bird list now stood at 192 species and my garden bird list stands at 120 species. 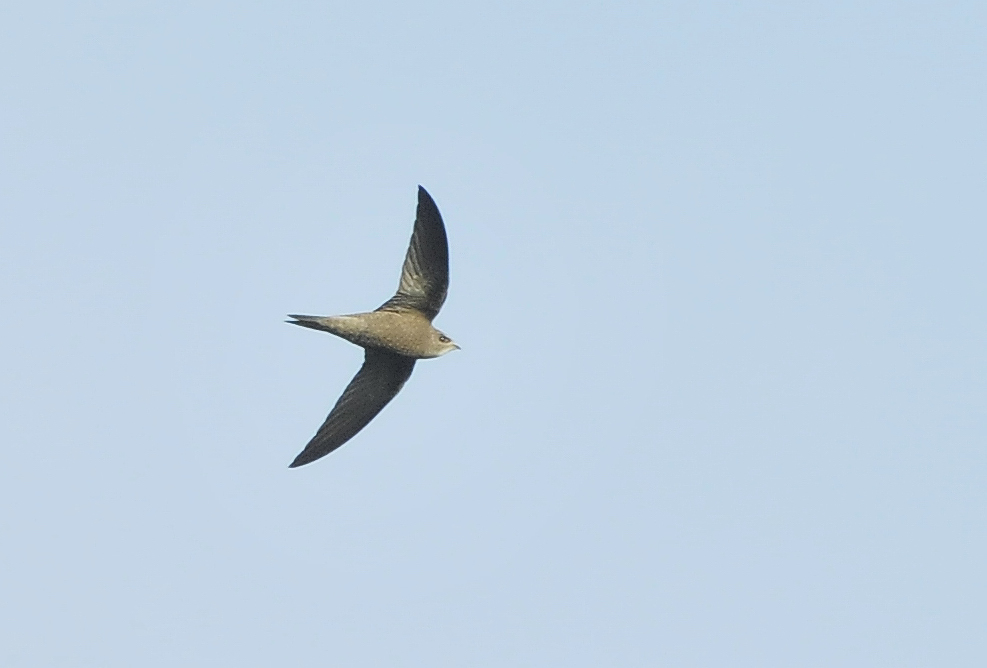