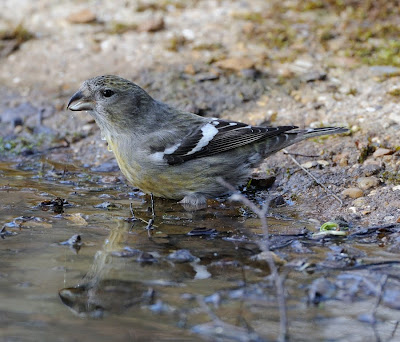 Two - Barred Crossbill.
Whilst at home I received a phonecall telling me of a Two barred crossbill at the Lodge. That was it, I grabbed together my camera and bins and headed off. I knew it wouldn't take long to get there but I just hoped my batteries would hold out on the camera as they hadn't been charged lately. On arrival there was no one else in the hide so I set up and began the wait. It wasn't long before people started to arrive including the finder who showed me a great image of the bird and close in too. Now I was excited for its return. 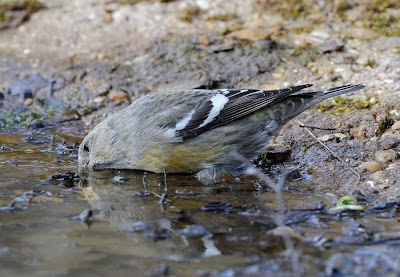 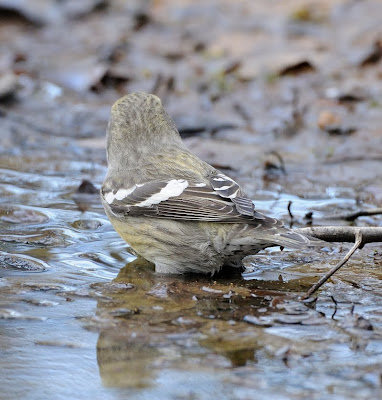 It must of been about an hours wait before I picked up on them calling and then they came into view, moving from one tree top to another until you could hear them in the tree above the hide, and then as they came down to drink all eyes were waiting for the 'two barred'. It was frustrating not to shoot off frame after frame of the common crossbills especially the red males, but I didn't want to miss the two barred if it came down.... and then it graced us with its presence and what a cracker. But as if knowing the camera was on it the bird did not turn around, and then they slowly dispersed off to feed again. Luckily for me they all turned up again around an hour later and this time it showed very well and I was able to gain some shots before they once again dispersed and I had to leave due to work. Absolutely chuffed though I can tell you. 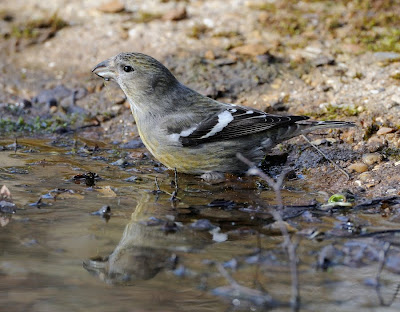