After working my last night shift I decided I had to go for the Pied-billed grebe in Gtr Manchester. From leaving work I picked my Dad up on the way and headed home to change and collect my gear. The journey was not too bad and I was feeling awake with glorious sunshine warming the car all the way.... that is till we reached Hollingworth Lake only to see fog!
I drove along the approach road only to miss the car park entrance, and so I had to turn around. But as I came back towards the car park I paused next to a small congregation of birders and there it was ... the Pied billed grebe close in to the edge. Well we had both connected at least, and so now went and parked up. 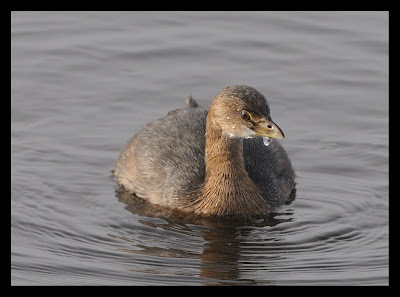 Once we had returned to the gathering we found the grebe had moved away into the fog, presumably around to the bay where the hide was located. The sun looked as though it was starting to win the battle of breaking through and so decided to stay where I was and not join everyone in moving to the hide, the viewing would surely be as hampered as it was here. As the minutes passed by the opposite vegetation started to become visible and then out of the fog came the shape of the grebe, steaming towards us as if it was a duck coming to bread, fantastic, and as luck would have it the sun suddenly conquered the fog and broke through. 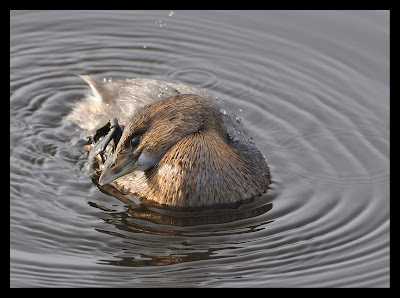 The grebe then stayed around our position busily diving for fish, and catching a few, as if it enjoyed our company. It certainly didnt take long to dispatch the small perch it surfaced with either. By now a few of the birders had returned to join us along with some new arrivals, and we watched for some time before it moved out to the opposite reeds and around to the bay. We eventually moved around to the bay, but it stayed on the far side, and although harassed by the black headed gulls there did not venture closer. Preferring to feed and rest under the low hanging branches, watched by the perched Kingfisher above it. 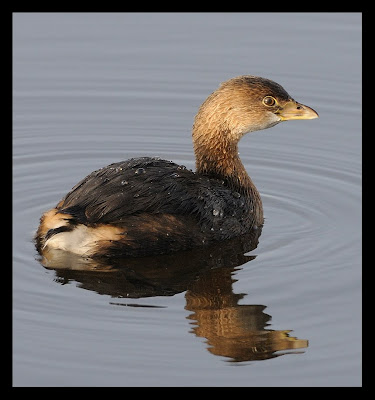 On one occasion when it was feeding I saw a group small fish leap from the water before it, hurrying out of its way before it submerged once again. And after nearly three hours there we decided to head back to the car and start the long trek home, but very bloody happy indeed. 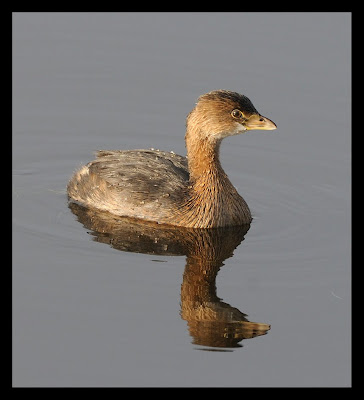 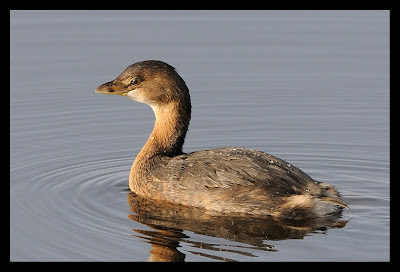 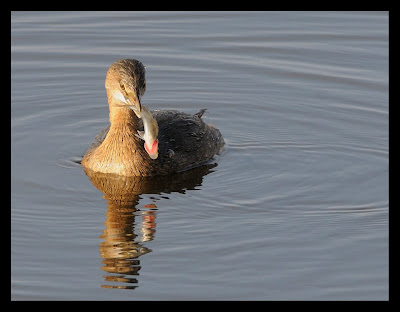 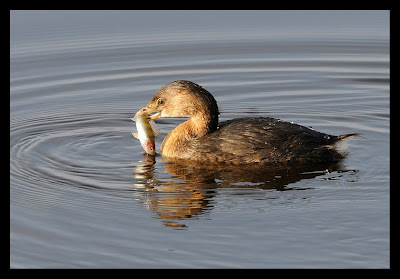 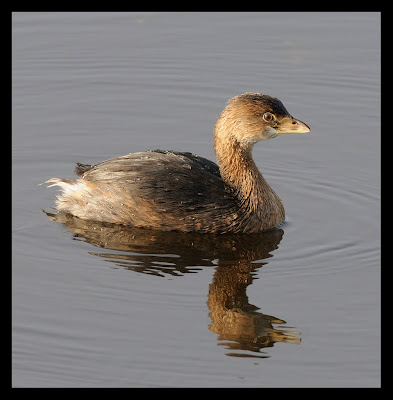 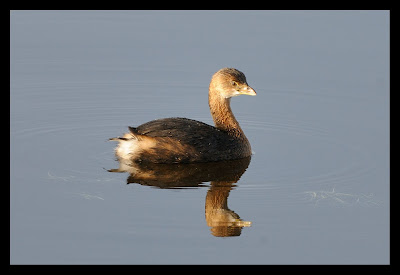 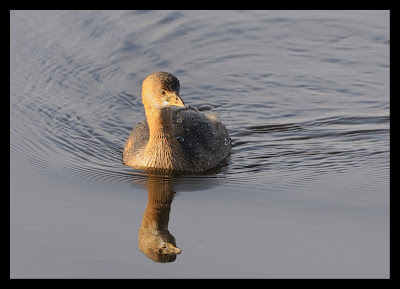 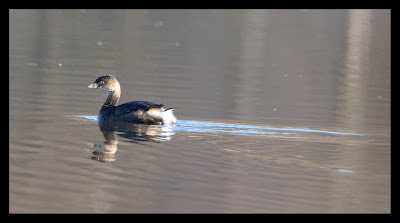