With snow still on the ground but the roads clear I did my rounds at the patch. Except for a stretch through the centre of the main lake, the water was still frozen. A quick scan from the south side revealed plenty of activity in the unfrozen water and immediately I located a pair of Goosander. Another new species for my list here and a welcome sight. 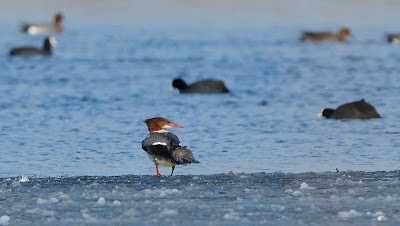 I then spied a couple of waders sat up on the ice amongst the Lapwings. Surely these were 2 of the Dunlin group S.Blain had found the week before, unfortunately they took flight minutes later and headed for the northern shoreline. I then sat on the ground under a cammo net and waited for their return, but they seemed content to stay busily feeding along the north side.

After watching everything for some time the numb bum commanded me to get up and move around the lake, as I ventured closer to the northern shore I could still see at least one Dunlin still active along the waters edge and now accompanied by a Green Sandpiper. I was able to get some record shots as they scoured the lakes edge. 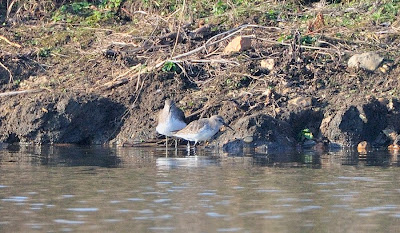 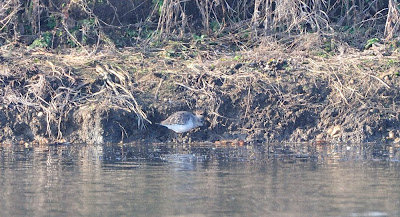 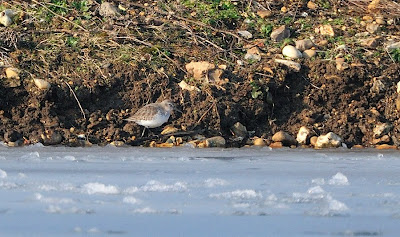 The local Greylag flock moved from field to water a few times and whilst scanning through them I picked out a lone Barnacle goose which added another new species to the growing list. In the image below it is the top left bird, which wasnt picked out until reviewing the days pictures. 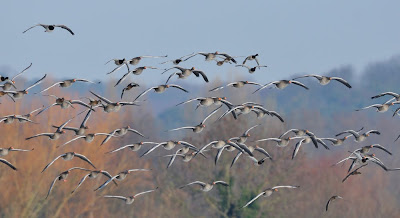 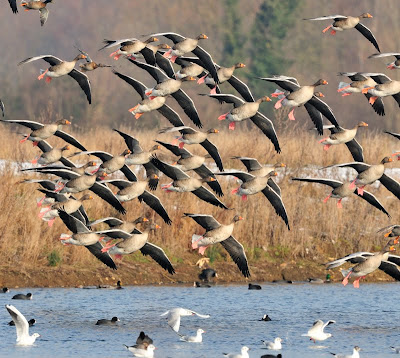 Every time I visit there seems to be more Common Gulls present, and what with the frozen waters the gull numbers seemed swelled in general. The same can be said for the Wigeon, they numbered 30 to 40 and continually moved from grass to lake. 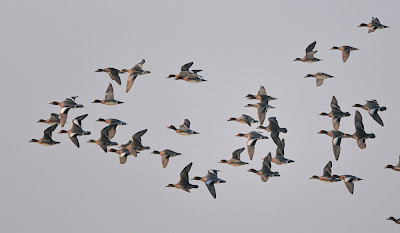 In the image below there is a Snipe hiding up. It had been moving along the ditch until it saw me then went to ground as it were'. But with a female Blackbird throwing earth around left right and centre it decided to depart, and the third Common Snipe seen so maybe next time I might be able to get a image - fingers crossed, especially if the freeze continues to move them from the lakes edge. 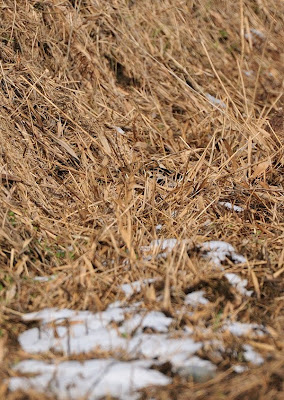