Last Day of March at Bev's. 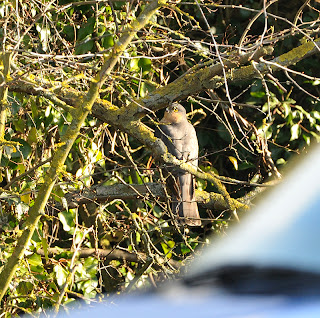 The last day of March and I headed out to Bev's on a cold but dry sunny morning. What with the recent weather I hadn't been able to get around the lake, mind you there was no movement of birds due to the extreme conditions. So this morning I was hoping to add a couple of common species to the list. On arrival, just as I closed the car door, a Blackbird swooped past me and into the hedge! closely followed by a male Sparrowhawk, just missing out. It perched briefly in a hedge close by and then took to the air searching for the next opponent. 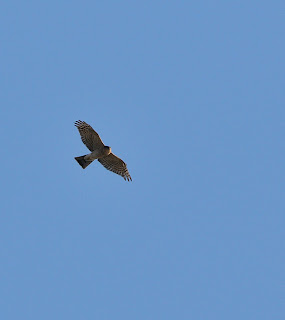 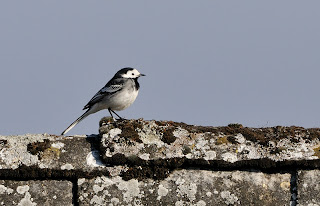 The temperature had been dropping overnight recently and there was a hard frost, half of the main lake was still frozen over and the water levels had not decreased at all. The 2 Oystercatchers were still present and very vocal, I cant see where they'd be able to nest though and a worry for waders to come. 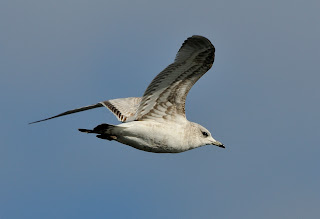 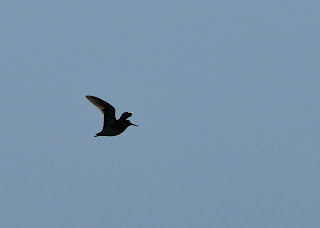 As usual at some point or other a small group of Snipe took to the air as I approached, but one very close looked smaller and so I clicked a few images as it flew off. On review I had what I thought, a Jack Snipe. The smaller size and shorter bill length showing well in the silhouetted shots, I took a shot of a Common Snipe for comparison with the bill length (2nd image below). 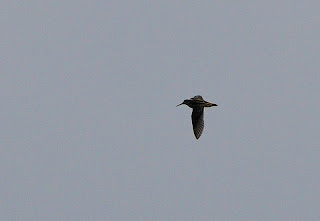 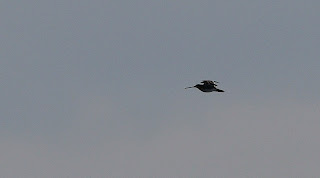 On the last stretch of the lake I heard a wader call and looked around to see a Redshank fly across the water to the island in the centre, another new year addition and a sign of new birds moving through, if only the weather will improve a lot more should be evident as April starts. The site year list now moving ahead to 55 species. 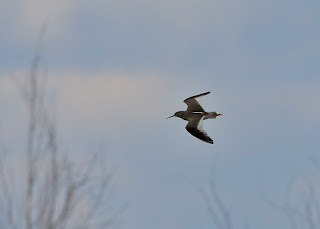