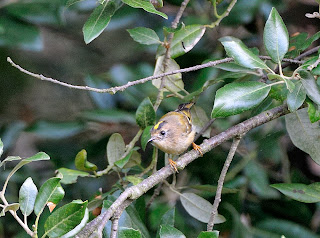 Sarah and I spent a few days up in Norfolk, during the first week of October. Over the course of two days we drove along the coastline but decided to stick to Holkham, as apart from it being very quiet everywhere, the chance of seeing a Yellow Browed Warbler proved to be the deciding factor. On the first day we walked along to the crosstracks beyond the Meals House, and as Sarah asked me to remind her what the Yellow Browed Warbler sounded like, it called from the tree next to us, on cue or what!. It unfortunately did not show and departed without the chance of good views. The same happened later that day as I once again heard it call only to see it silhouetted in the same tree as before before moving off with the tit flock. Annoyingly I didn't get a record shot of the warbler but I did connect with 2 Firecrest's which stopped for a second to have a mug shot taken!
There were a couple of Chiffchaff''s present with the tit flock, which included a Treecreeper ganging up with them and the report of a Rough legged Buzzard from the Tower hide also went amiss, but as every birder I spoke too whilst out...."it's very quiet, I've never seen it this quiet before" I had to agree, but we all said that once we had all returned home from our holiday there, that good stuff was bound to come in!!
That's birding for you. 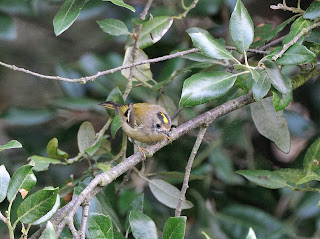 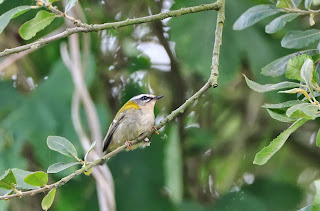 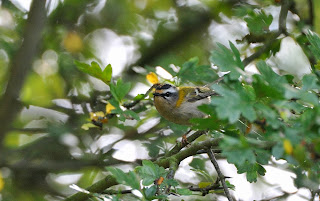 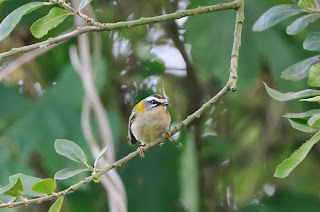 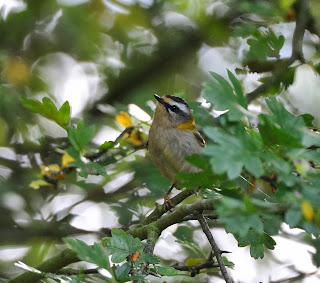