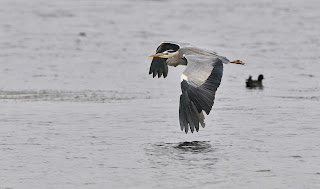 Monday 30th September, I took a walk around the lake, DWE. There seemed to be more birds around today, with a few Grey Herons, including younger birds. 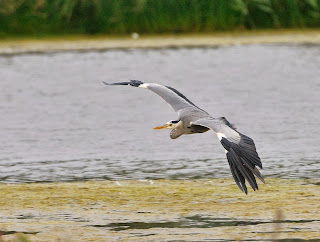 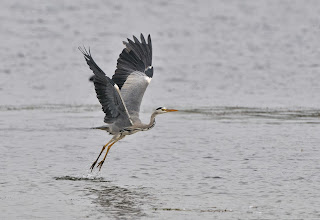 Duck numbers appeared to be on the up, with more Shoveler present alongside Wigeon, Teal, Gadwall and Tufted ducks. There was a flock of Linnets flitting from place to place, but apart from that the songbirds seemed to be somewhere else. 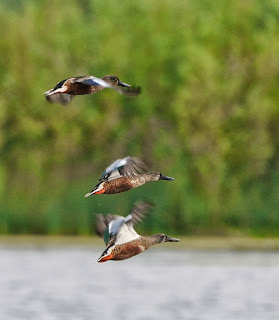 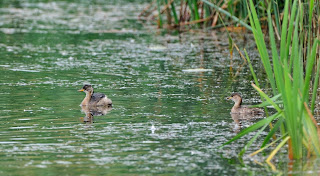 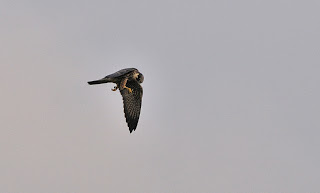 Raptor wise, along with Common Buzzard, Kestrel, Sparrowhawk, a pair of Hobby were dragonfly catching along the river, slowly moving their way towards Sandy. 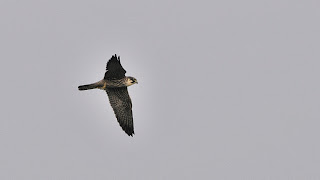 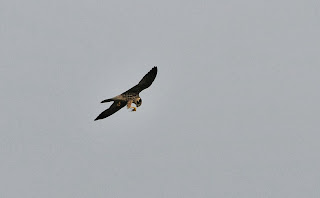 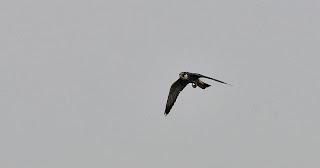 Common Snipe numbers were definitely increasing, a couple of them feeding out in the open for a change. 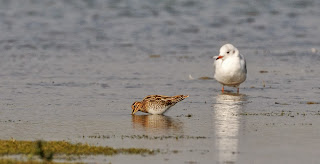 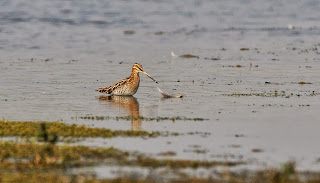 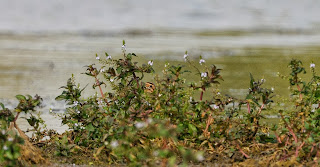 I saw 5 Little Egrets around the main lake, with 4 present on the island, which didn't take long to get quarrelsome. The last bird to land on the island seemed to be the dominant one and soon had 2 of them heading to the rear side of the island. That in turn brought them too close to each other and they then started to fight, launching themselves at each other with their long legs and dagger like bill finishing the move. After a few minutes it calmed down as they found their own little bit of space. 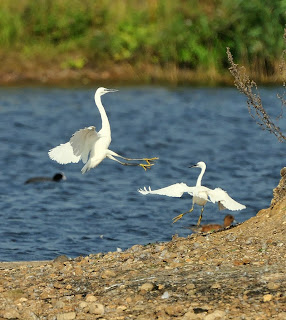 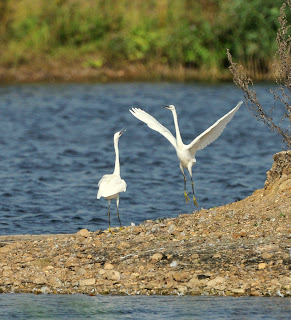 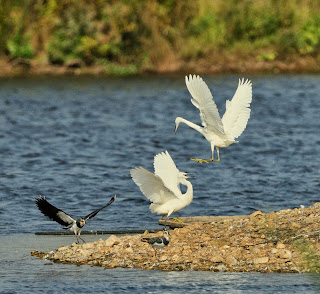 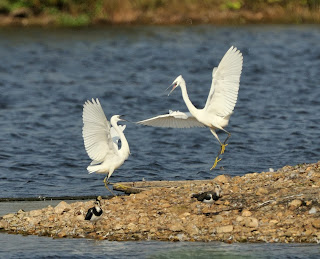 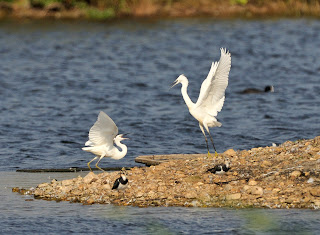