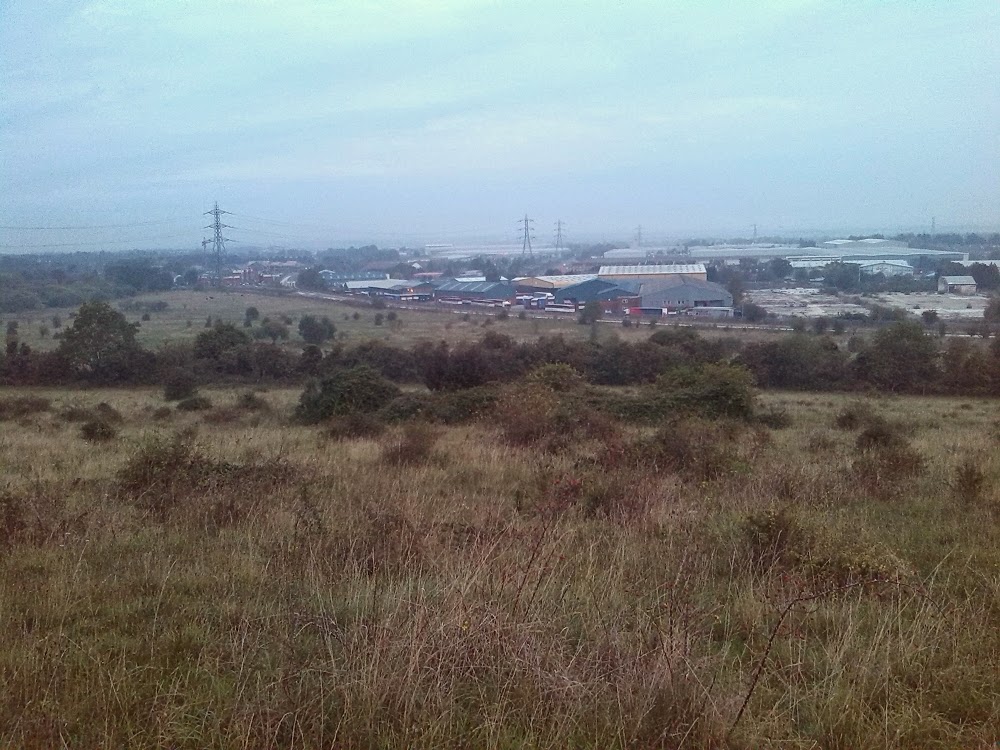 BARRED WARBLER
BLOWS DOWNS
A 1st for Bedfordshire.
What a great find this was, the only problem that I had was I was at work over the weekend, and with a 4:50am start and a get home time of 18:30 there was no way I was going to connect till Monday morning. With hopes of it still being present I set off for first light at Blows Downs. This was the first time I had visited and I was not sure of the area to view but from a photo taken by Lee Evans, I was able to guess where I should be. There were already a lot of dog walkers around the site crossing the numerous tracks. I set about scanning the bushes. There were plenty of birds around, a couple of Chiffchaffs, a group of around 5/6 Stonechat and plenty of overhead movement. 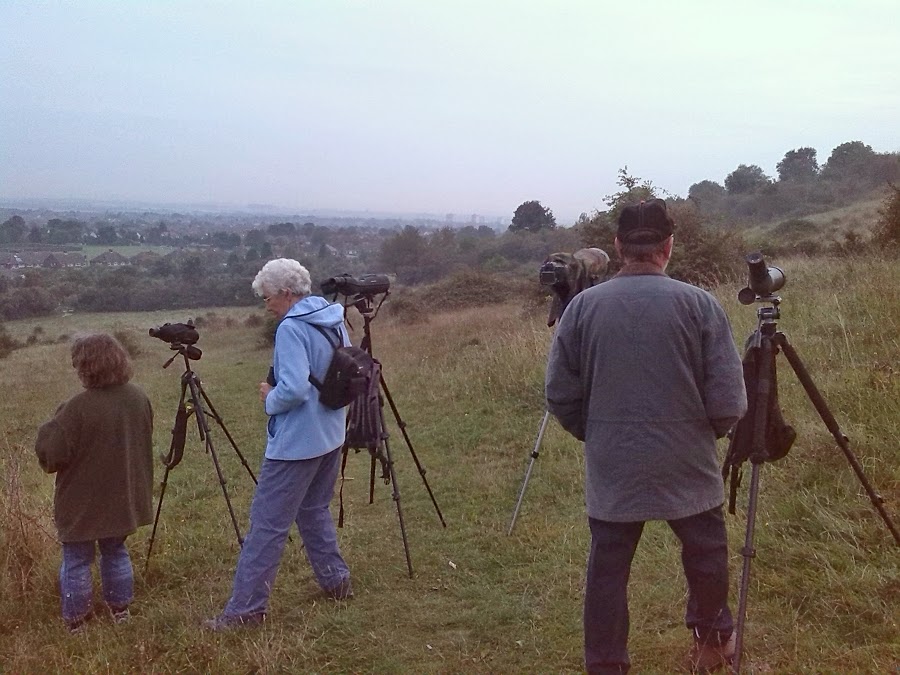 With no sign of the Barred Warbler, I was joined by 2 lady birders to aid in the search. With still no sign after a while, I scanned the bushes behind us and spotted it! tucked away in the brambles, I got the ladies onto it before it moved into the thicket. We then moved to a more higher position as it was not great looking up into the light, it was then found again moving around feeding in the bushes giving better views for us all. We were then joined by another birder, it was then a case of search for movement as it could be elusive when tucked away in the shrub. 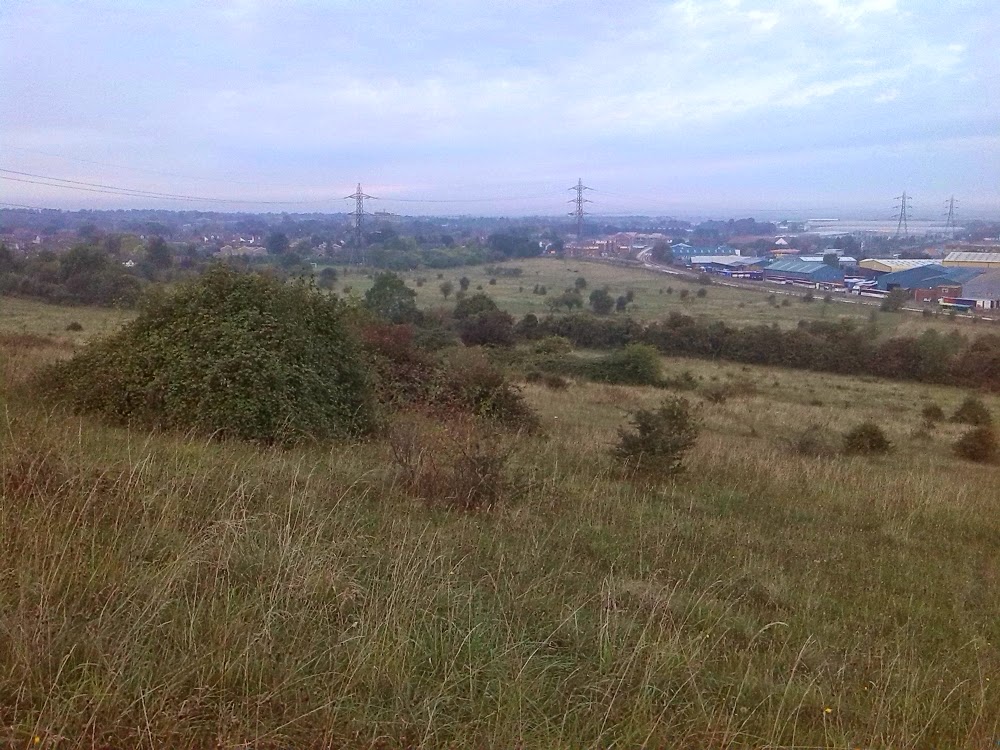 It never stayed out in the open for long, it would briefly feed on berries then disappear back into the bush. You had to be looking in the right place at the right time otherwise with bins pinned to your eyes it was easy to miss where it would emerge. But we were lucky that with a few pairs of eyes scanning, every time some movement was picked out we were all onto it straight away. I was lucky to get some shots of the warbler as it moved around. It then moved to another set of bushes and we lost sight of what direction it headed as it flew out of the back of the scrub we were viewing. One of the ladies had seen something move in the area that we had originally scanned, so we moved to search that area. After a while there was still no sign, and the ladies departed leaving myself and the birder from Watford way to scan on our own. I was then joined by a Birder/Photographer who started searching just away from me. By now there were more dog walkers in the area, and one had struck up a conversation with the Birder I had just met up with. It was only after she had finished talking with him that he moved over to me and said he had grabbed a shot of a bird just as the lady dog walker had approached him, the bird had then flew straight away on her arrival and moved on down to the lower hedgeline at the base of the slope. I saw the image he had snapped and indeed it was the Barred Warbler! at least he had connected with it. We then scanned for a while longer and with no more sign after around an hour I headed home. Another successful twitch. 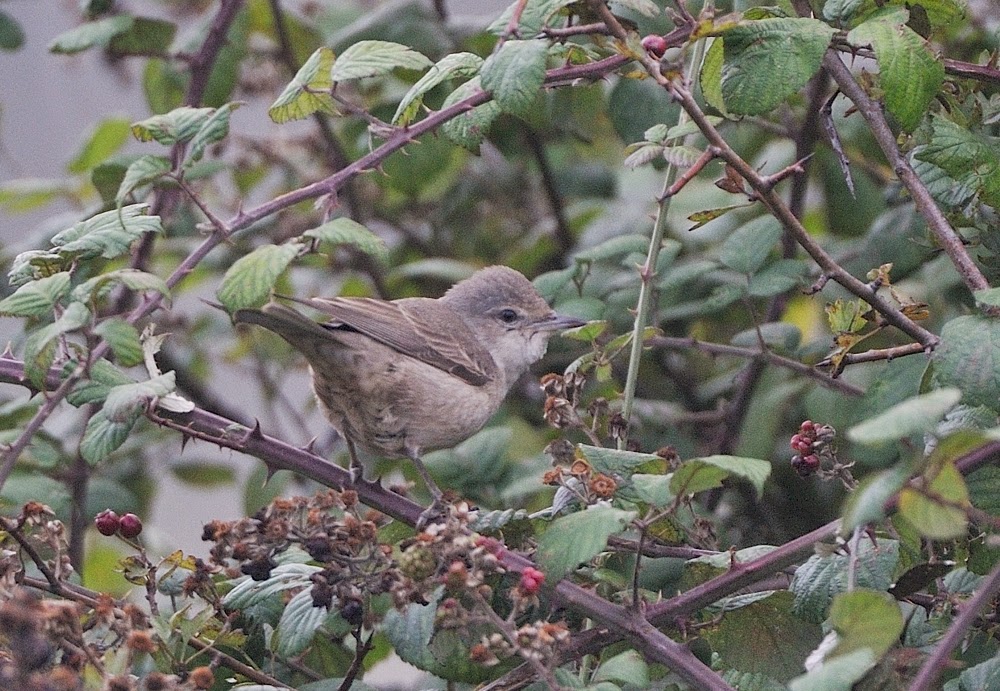 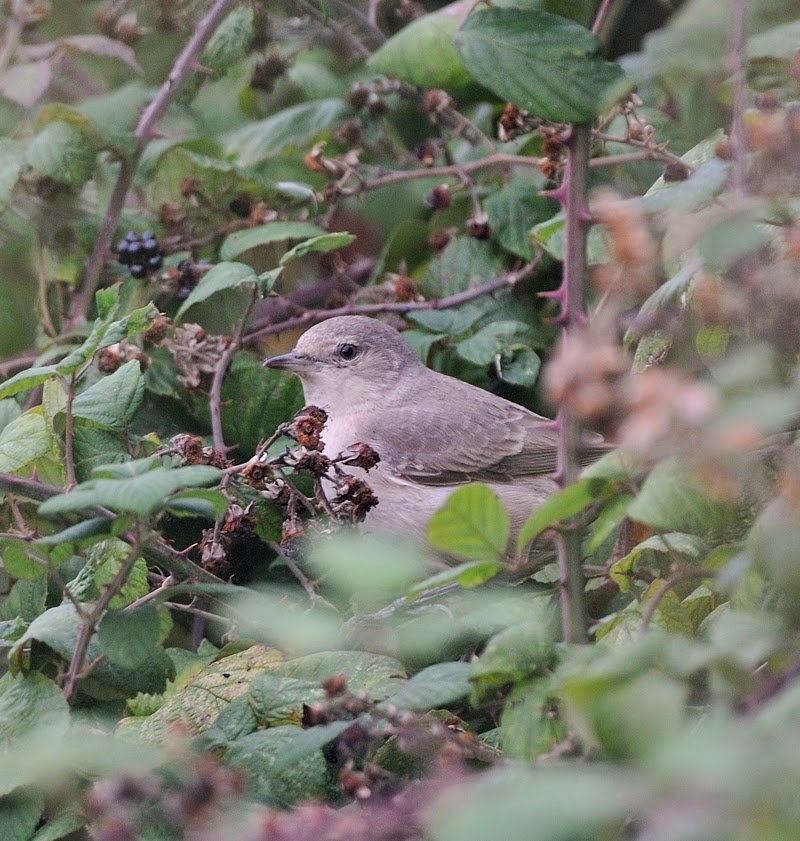 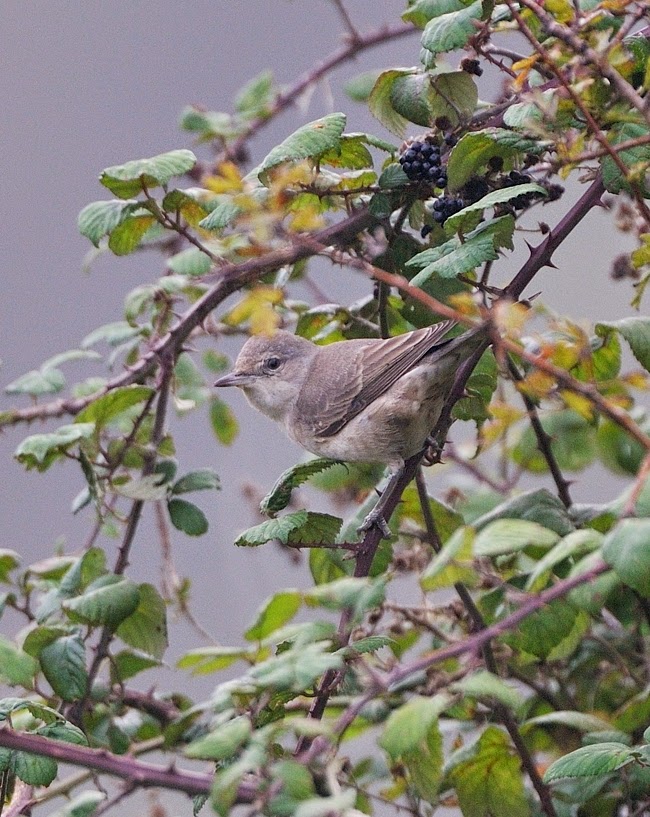 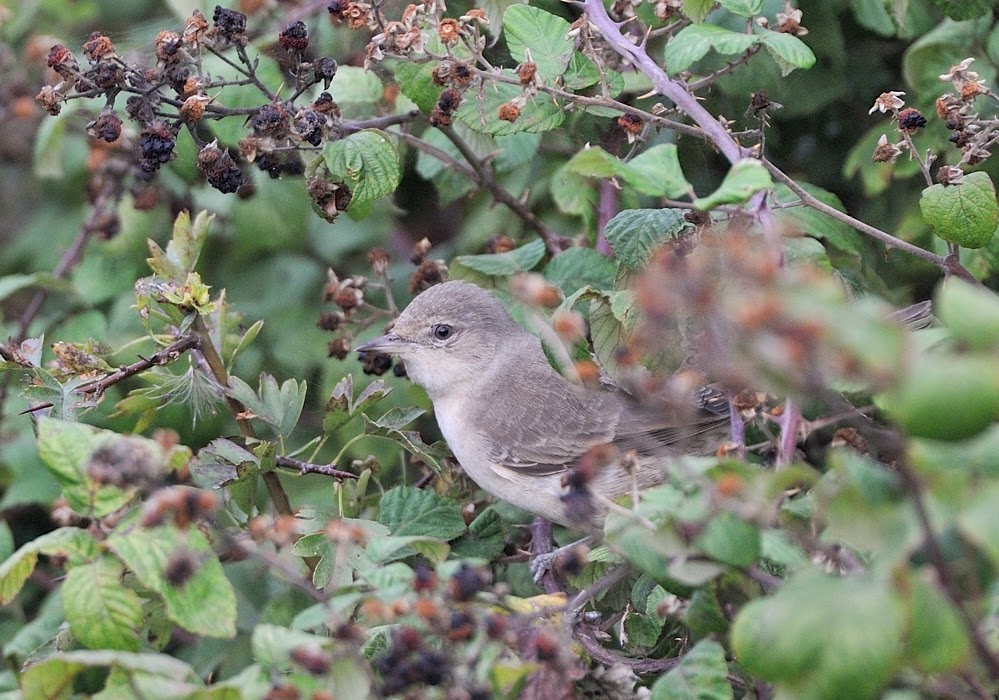 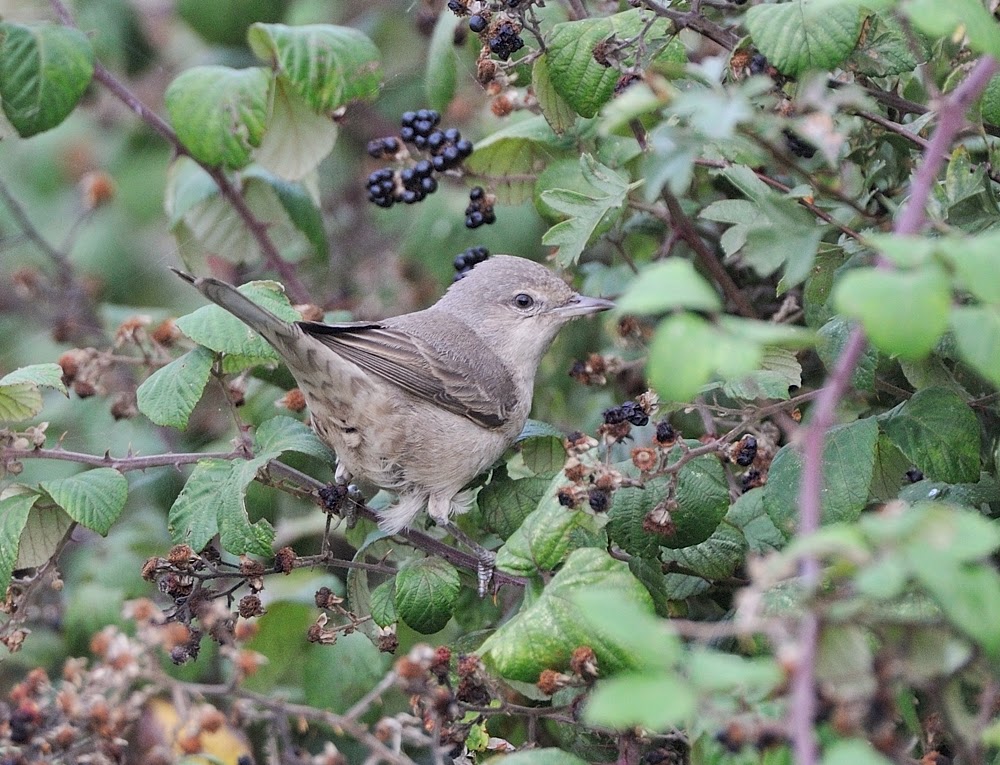 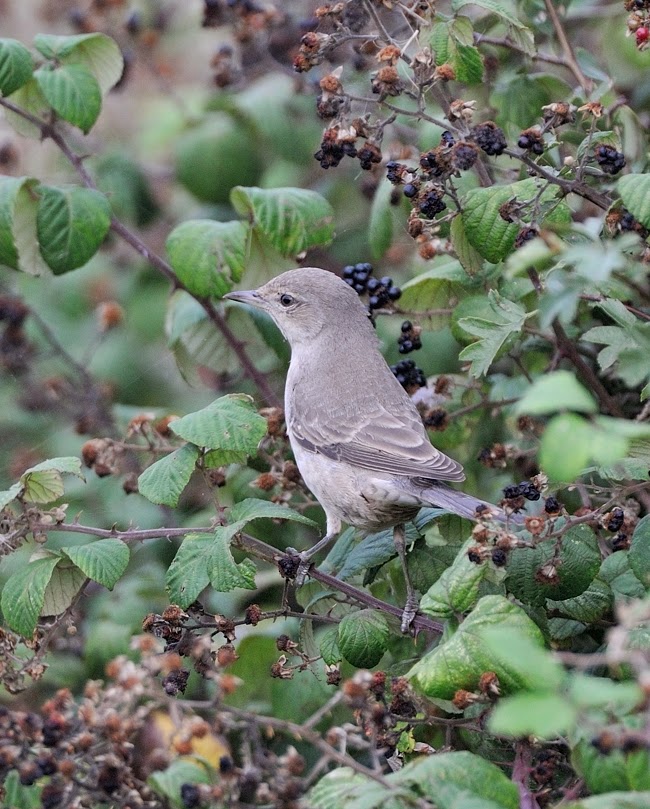 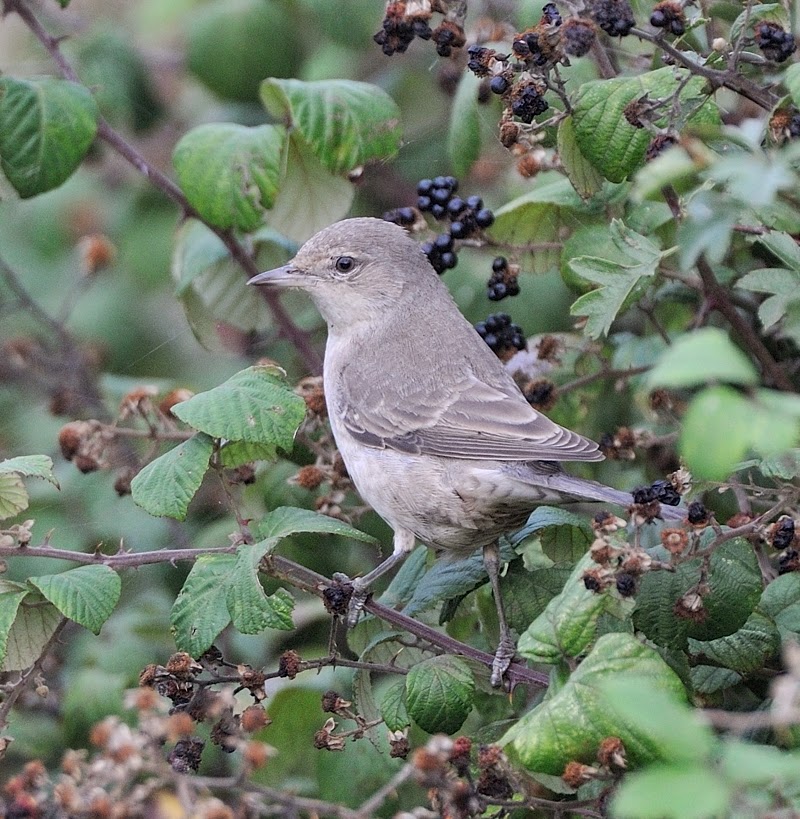 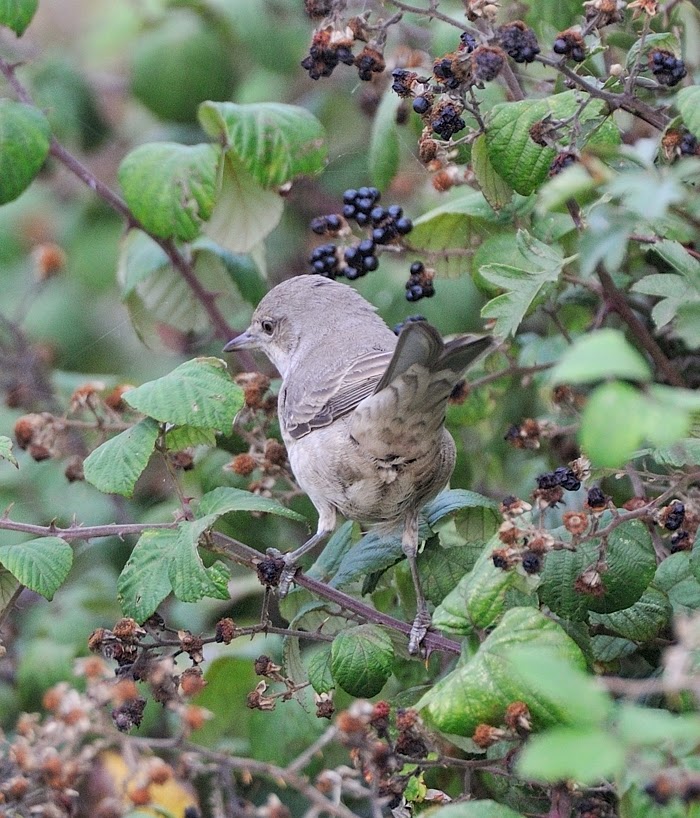 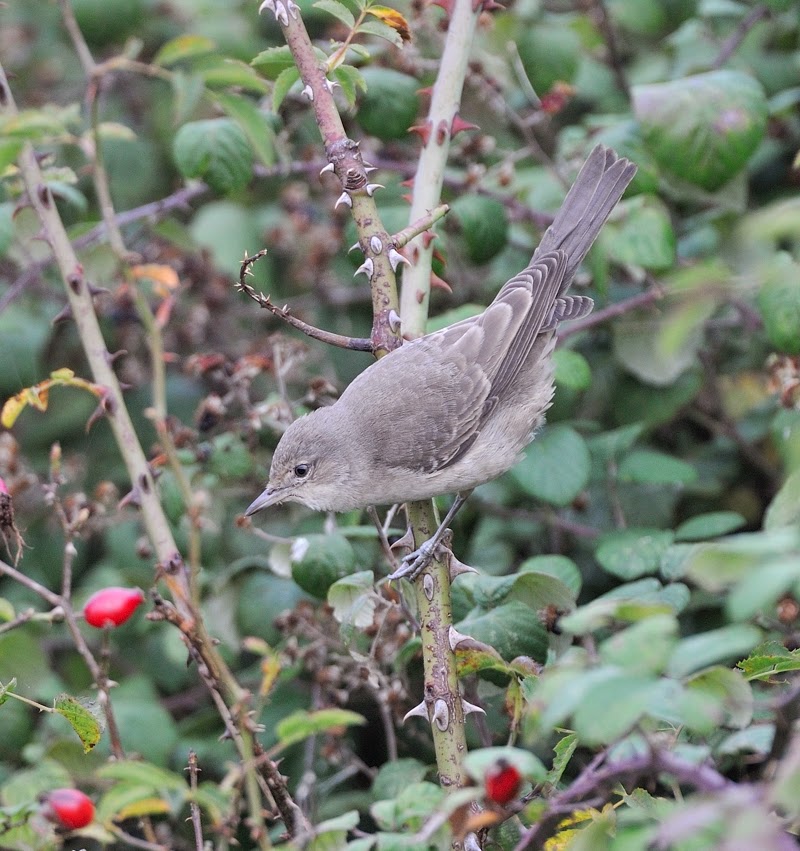 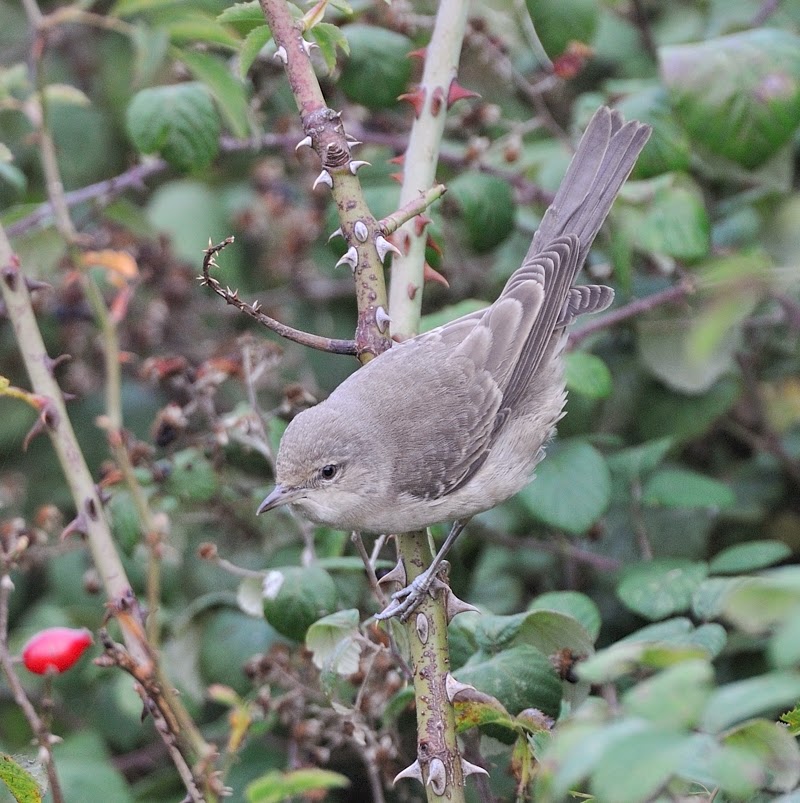 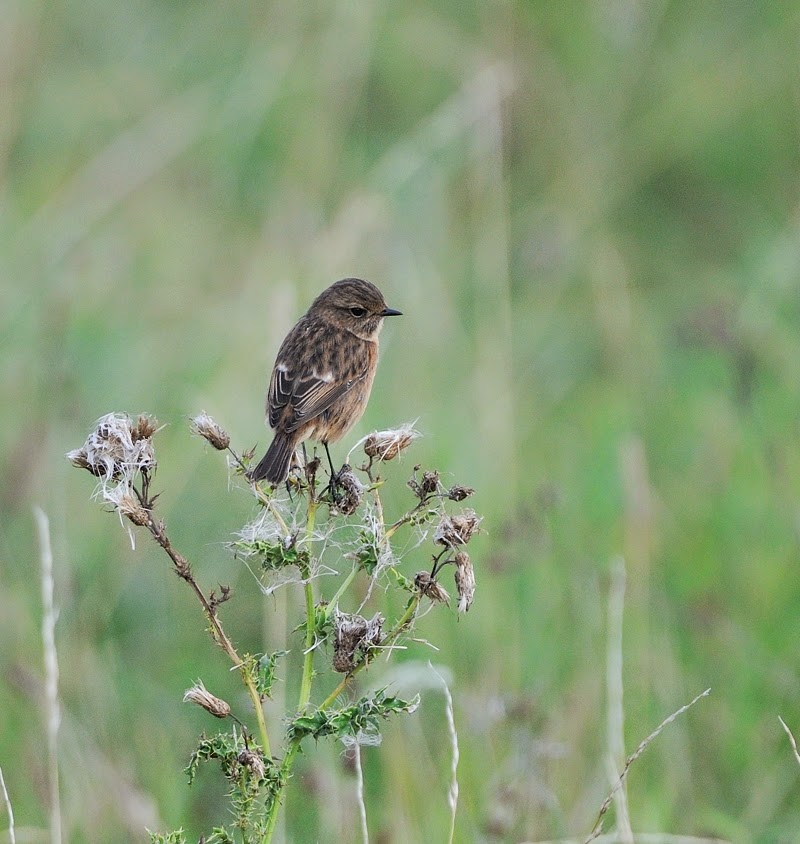 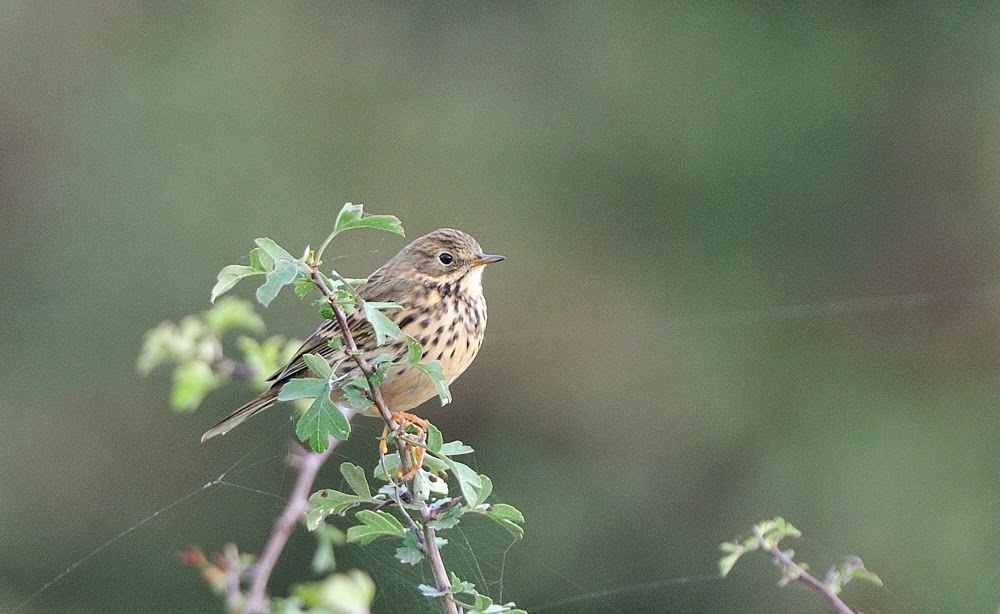