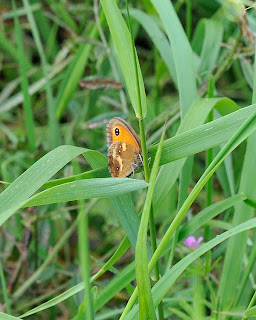 Once again heavy rain had put a stop to getting out and about on my days off, but the forecast of 'no rain' but grey skies was adequate on one day to try for some images and listing at Bev's. And as I can never have it all my own way, the wind had picked up somewhat. What is it with the wind? it seems to of been windy for bloody months or is it just in my head, anyhow it definitely wasn't a day for insect photography so I hoped for some bird images despite the high water levels again. There were still numerous Damselflies and Black tailed skimmers but no sooner had I located one the wind lifted them half a mile away!!
I did manage to grab a shot of a Gatekeeper butterfly which was pleasingly added to the site list. 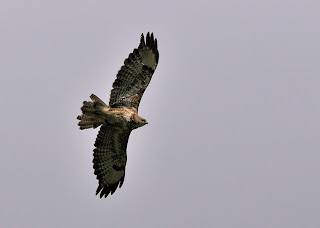 Oh my GOD! the sun started to try and break through, did it realise that I was out and about, surely not, time to bag some shots. A overhead Buzzard was followed by views of Kestrel and Sparrowhawk, but no sign of any Hobbies. The resident pair of Oystercatchers were still showing well minus any young, if they had started nesting on site then the high water levels surely lost them some time back, and since then it has only risen. 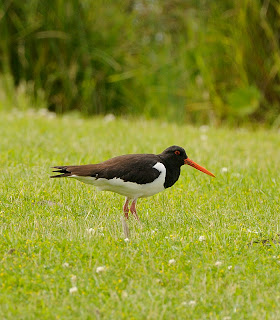 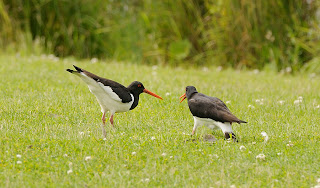 They were still mating though with the female letting the male know her willingness, I don't think I will I will be seeing any offspring from them this year though. 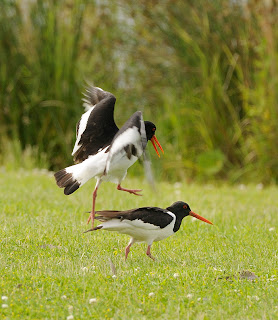 I could see the pair of Great crested grebes swimming around, the nest was actually being sat on by a Coot with a single youngster close by, I started to think that for at least the third attempt the grebes had once again lost the eggs with the high water. 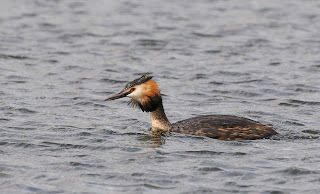 But I was to see a joyful sight next, of a bunch of Humbugs riding safely on the back of mum. As she strutted around the lake showing all and sundry her fine family, they kept jostling around for the best views. I counted 3 on her back but when she lowered them into the water I might of made a 4th one but it was a distant view, great news all the same. 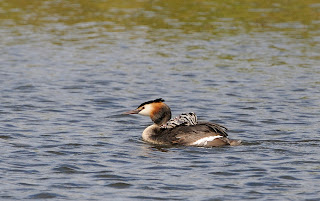 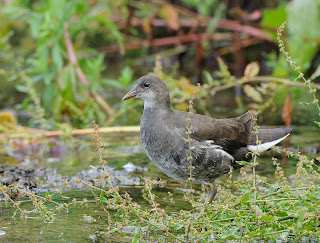 Young birds seemed to be the order of the day after that, with Moorhen,Coot,and a few families of Tufted duck showing around the lake, a single Little egret used one of the few shallow edges to fish from. I noticed a lot more sightings of Little grebe too so hopefully they had young tucked away in the waterside vegetation. 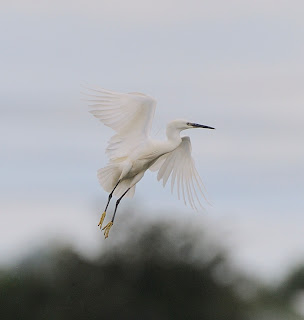 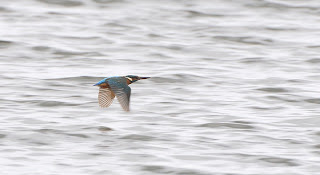 The distinctive call and a flash of blue then had me trying for the Kingfishers, I had seen the male flying around the lake on previous occasions but had not gotten any images of them perched up since earlier in the year. So I tucked myself up under a elderberry bush, which was at a height that screened my head and covered the top of the lens and waited. The wind continued to blow but kept the branch cover down which was handy as the male and female started to show, perched up with fish intact. The cover was working and they were none the wiser of my presence,although I had quite a reach with the big lens. 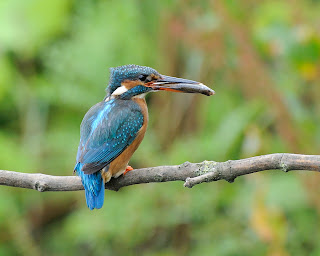 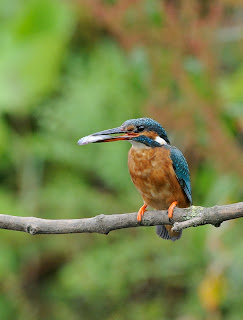 Over the next hour I watched in delight as they presented themselves on a couple of visits before the grey clouds began to thicken and I then realised the sun had indeed finally spotted me out and about, but it was too late, I had bagged some nice shots and I could now head home under a cloud. 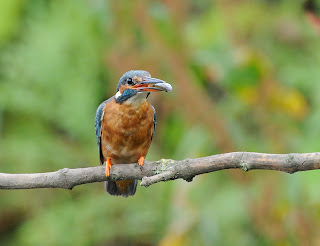 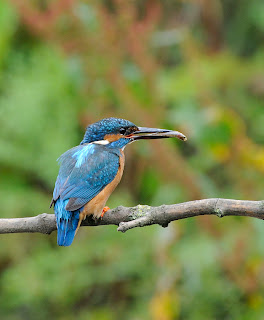