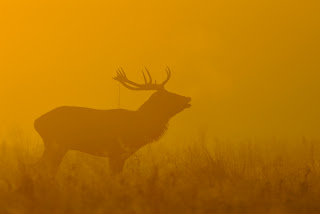 For the first time I visited Richmond Park, London for the Red Deer rut. Accompanied by my step daughter Abby, we arrived if foggy conditions. We found the car park and set off across the fields, it was an eerie feeling with all the roaring of the deer around you but unable to actually see any of them through the fog. 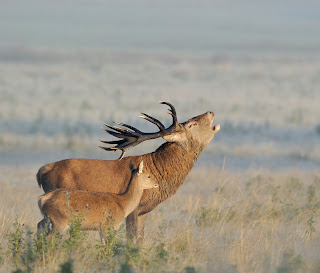 The strong orange glow of the sun eventually gave up the parks wildlife and it wasn't long before we were surrounded by plenty of stags and hinds. There was one stag that was obviously the dominant one around, with around 20 hinds in his harem he had his job cut out keeping the younger stags away, but he was so strong none of them would hang around when challenged. 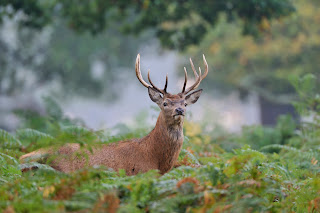 The younger stags would watch from the relative safety of the woods. 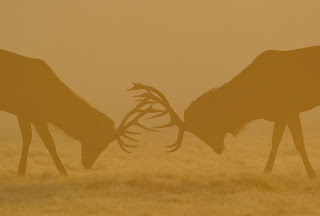 Two younger stags battle it out. 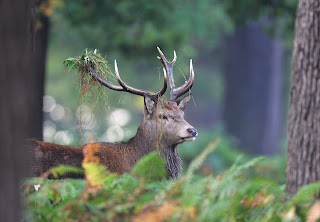 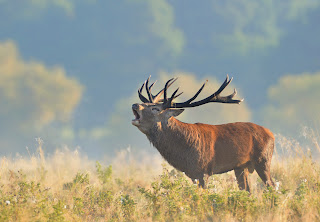 The 'Dominant one' re-affirms his status by roaring continually.
Posted by mike lawrence