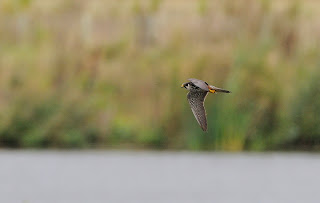 Despite the grey skies looming I decided to take a stroll around Bev's and see what was about. It was quiet around the lake but I noted a single Sedge Warbler, Reed Bunting and Kingfisher. The crickets were calling in good numbers, mainly Dark Bush Crickets but a few Roesel's were heard. The Goldfinch flock was around a hundred birds and very mobile, four Little egrets still present and I also had two Jays and a single Mistle thrush fly overhead. Butterflies seen were Common Blue,Small White,Red Admiral and Small tortoiseshell. There were loads of dragonfly on the wing which brought in the next species, Hobby. At first I saw one hawking over the lake and reed beds catching its prey only to followed by three more, obviously the family from nearby at the Lodge. I watched them for some time and despite the grey skies I grabbed a few record shots of them hunting. 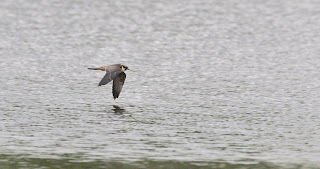 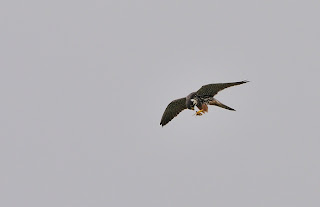 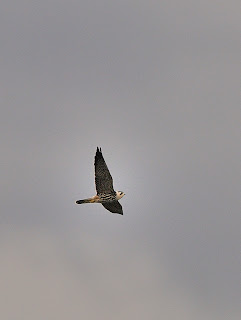 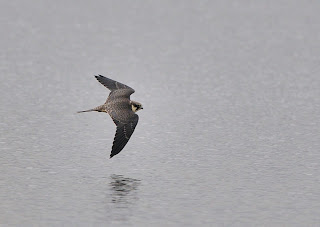 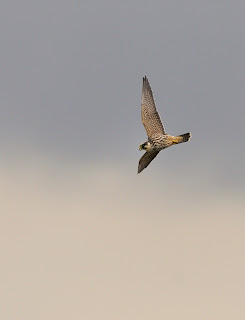 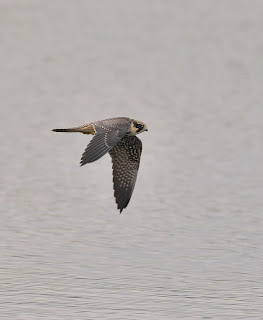