Oh 'Deer' I'm getting 'Sika' of these early starts! 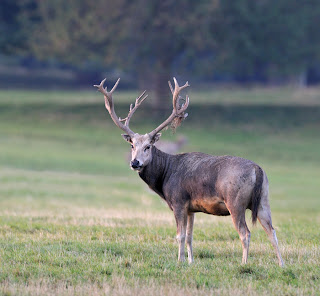 Pere David's Deer
A chilly Septembers morning and I thought I would try for something different, so accompanied by my Dad we set off for first light at Woburn for some deer images. I did not have many deer images in my collection, wild or as these were in a park, never the less it was still wildlife photography and good practice. 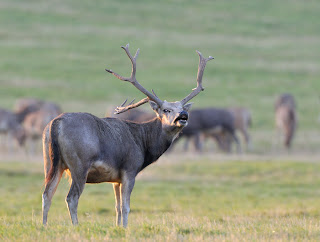 Pere David's Deer
Because of staying to the footpaths as instructed, I knew it could be hit or miss with actually getting good enough images, but on this occasion  I was lucky that there had not been much disturbance along the paths and quite a few deer were still close in. The fist species met were Pere David's Deer, originating from China, they were brought to Europe before being wiped out in their native country. They thrived at Woburn and have been sent to zoos throughout the world including back to its home in China. 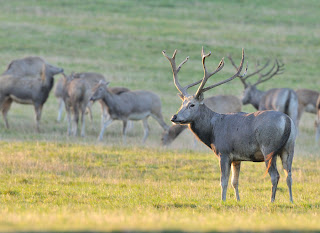 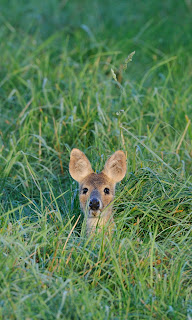 Chinese Water Deer
We encountered a few Chinese water deer, they are always wary and will often be found hiding in the grasses. The size of their ears and dark eyes really stand out. 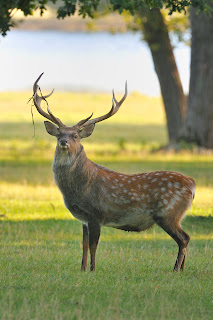 Sika Deer
The selection of images below, down to the last but one are of, I believe Sika Deer. What a lovely looking deer they are, although they were tucked away in a wooded area, the dappled sun shining through the canopy highlighting their colour and markings. I thought these may be Axis deer but the Axis have 3-pointed antlers and not such a white tail/rump as these, and you can make out the raised hock gland on the hind leg (above). 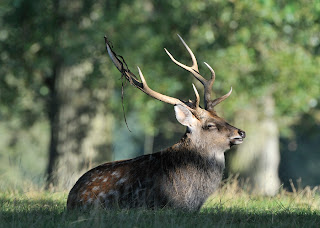 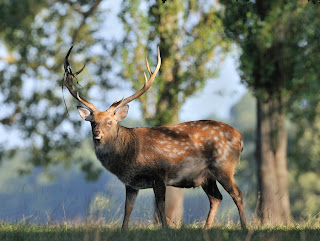 There were three of these together, and they spent some time sleeping in the patchy sun or posing lovely among the trees. 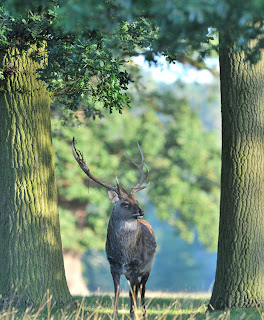 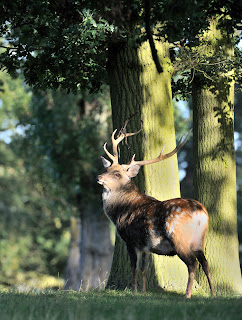 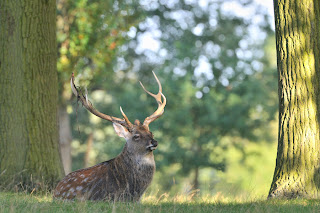 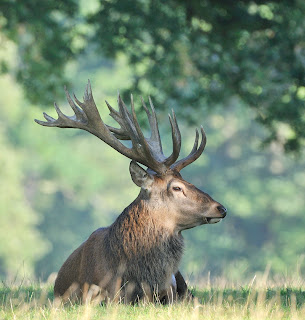 Red Deer
We encountered just the one Red deer close enough to photograph, but after a short spell grazing he was content to just doze the morning away. Amazing to think how big and muscular these animals are on just a diet of grass and plant matter.
Posted by mike lawrence