A great start to September at Bev's. 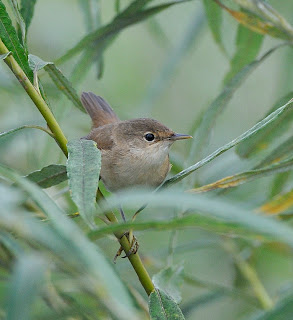 With August gone so quickly there was the chance that things might start turning up at Bev's now that September was here. Despite the dull grey skies I headed out hoping that something would get the camera snapping away. Compared to the last visit, the grasses were silent, not one cricket or grasshopper calling. The lone Grey Heron got up and moved on as soon as I was within eyesight. The only noise coming from the passing Swallows and Martins. I did see two groups of 4 and 5 Swifts pass over, which is surely the last ones I will see this year. 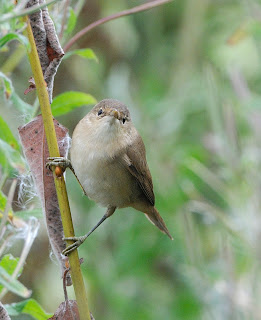 Whilst watching the male Kingfisher flitting around the southern bank edges, I noticed a small warbler flitting around the waterside vegetation. I thought it was probably a Sedge warbler but was I glad I went for another look from a different angle. Moving around the bushes looking for insects was a Reed Warbler, and a very welcome addition to the site list, when the warblers had moved in earlier in the year I thought I might get a Reed' moving through but was unsuccessful. So I patiently waited for it to show itself and get some images, and after a short while I bagged myself some images. 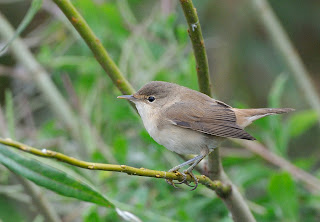 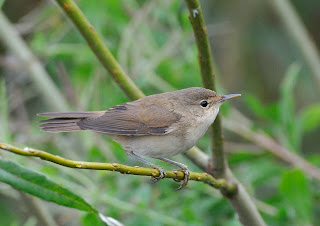