Snow falls again, not before snapping some lovelies. Bev's. Jan 2013. 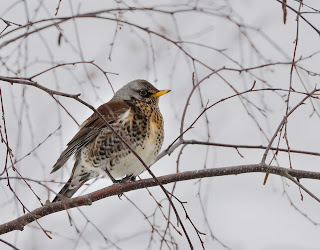 The weather was freezing and cloudy but the roads were clear for me to get to Bev's. I donned numerous layers of warm clothing and set off. The cold weather is obviously having an effect on the normal routines of the birds, the Fieldfares were approachable for once and seemed to be following the Starlings around as they fed among the grasses. 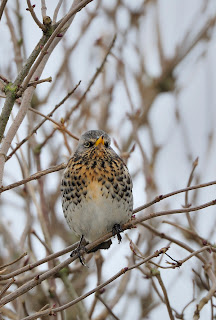 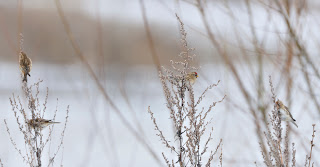 From a distance I spied a couple of Reed Buntings, moving closer I was to find 4 Lesser Redpoll, I was excited to of gotten one the visit before as it passed over, so 4 feeding in front of me got the blood racing.  I carefully stalked closer and grabbed some images before they alighted to another feeding area. 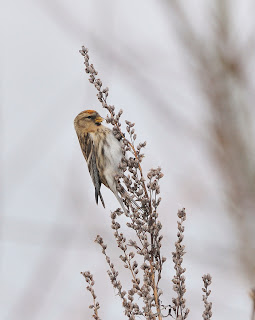 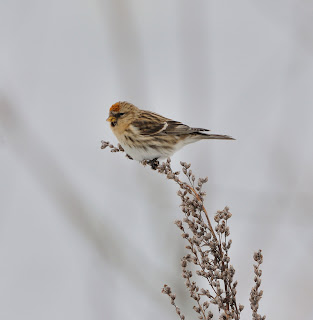 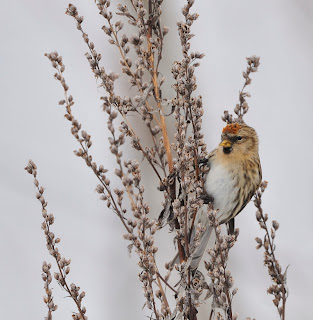 It was as I followed the Redpolls that I noticed a commotion across from me, the thrushes and starlings had taken to the air, it was then I saw a male Sparrowhawk in pursuit of a Fieldfare. It did not succeed on this occasion but shortly after I noticed it fly and land carrying a bird, probably a Starling or Thrush due to the size. 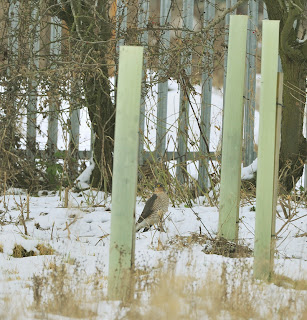 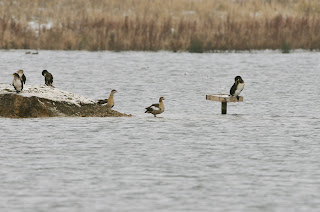 I had searched the hundreds of Greylags but did not see any White Fronted geese that Bev had noted a couple of days before. What did turn up that Bev had seen before were 2 Egyptian geese. So with images of Redpoll and Fieldfare in the bag as it were, and Egyptian geese added to the list I was feeling chirpy! 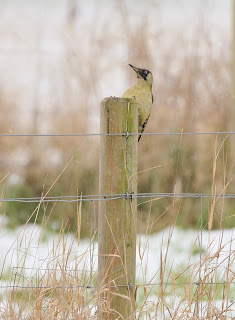 Then the snow started up again so I headed back to the car and there I added another to the list, a Mistle Thrush perched up with a snowy backdrop. A long chat with Bev ensued and I left happy with today's efforts. 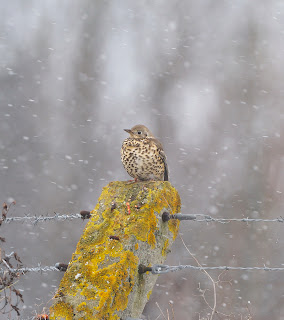