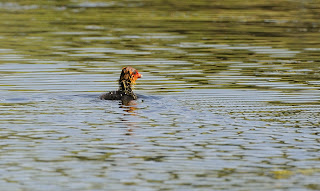 After yet more rain I was able to take a short tour of Bev's and check out what was around. Upon setting off I was greeted by a overhead flight of a Hobby, drifting over the lake then onto the common. 3 baby Coots graced the small pond, and the main lake held the large number of rapidly growing Greylags. The Great crested grebes still had eggs, and hopefully the nest will survive any further increase in water levels. 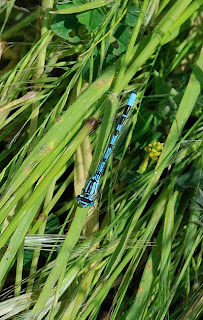 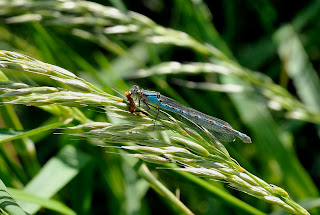 The field edges seemed to be teeming with Damselflies. With it being quiet on the bird front I decided to take note of the insect life around Bev's, mind you I picked a god awful day to start as the wind was blowing strongly and the insects were not hanging around. But I made a start and the main species along the grass edges were Common Blue Damselflies. 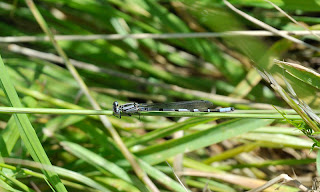 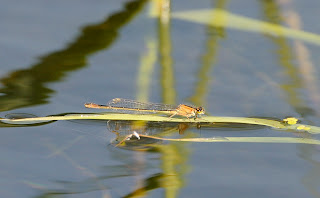 The image above I believe is a female type Blue-tailed Damselfly, which was on the small pond. I also saw a fly by dragonfly which I'm sure was a Four-spotted Chaser, unfortunately it kept on hunting and did not land. But the list of insects was at least moving on. I had seen Small White butterflies previously so it was nice to add to them with a couple of Small Heath's and a female Common Blue. Hopefully next time I visit the wind will be a lot calmer and help show more stuff. 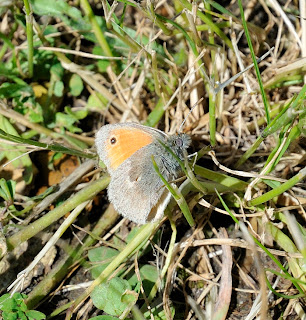 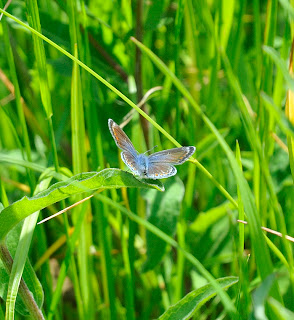 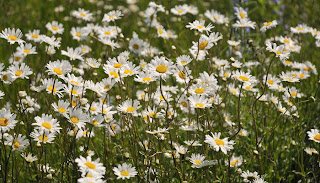 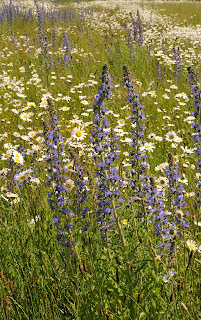 The grassland was awash with wild flowers giving the place a lovely blanket of colour between the paths. And around the mobile hide the poppies tried to out do the foxgloves in a battle of colour and I think won with little effort. 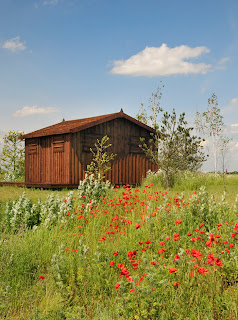